What are the Panasonic RP-HTX80B?

The Panasonic RP-HTX80B are mid-price wireless headphones with a look so retro it wouldn’t appear odd if they came with a manual pressed on vinyl.

They’re comfortable, battery life is great and wireless stability is rock-solid. However, they’re prone to honking mid-range resonance, which isn’t easy on the ear. 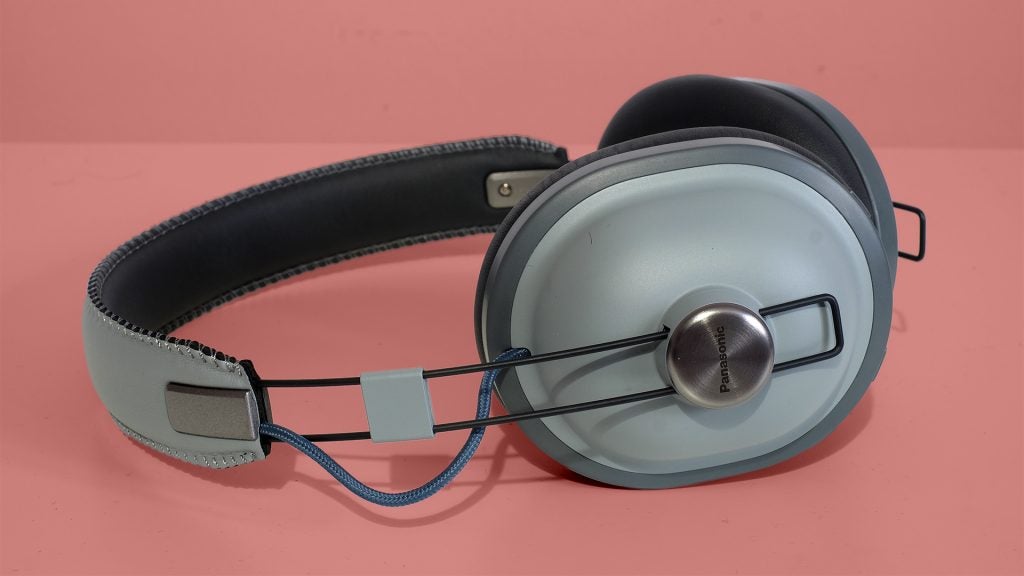 The RP-HTX80B are among the most stylish headphones in Panasonic’s range. The company sells many ordinary-looking pairs, but these have a sense of flair to take on rival lifestyle brands such as Urbanears and Urbanista.

I scoured Google to see if I could find a direct inspiration for the Panasonic RP-HTX80B’s curved cup look. They seem so familiar, I half-expected to find a 1950s photo of a radio operator wearing something similar, but clunkier.

There was no such photo, but the Panasonic RP-HTX80B have a street-friendly style with a lighter, breezier look than the rival Beats Studio. 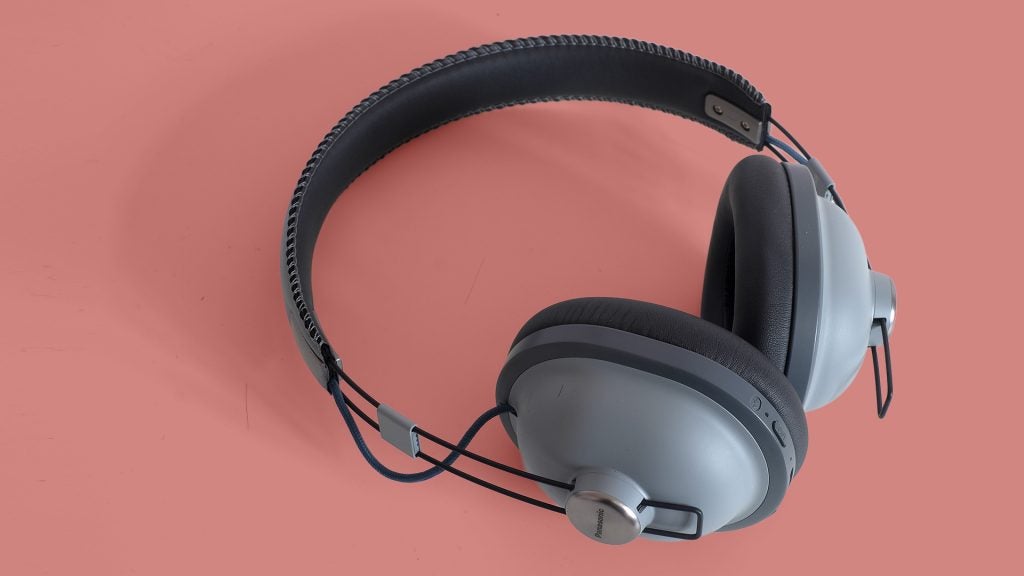 The headphones are plastic, aside from the aluminium cap that holds the Panasonic logo and the metal spokes of the headband. There are some nice touches to note. There’s a hand-stitched look to the headband, and the cable that attaches cup to band is fabric-coated.

The Panasonic RP-HTX80B are light, and have full-size cups. This ensures they steer clear of the most common headphone comfort issues. They don’t hurt your ears, or clamp around your head too tightly. The headband is super-springy, though, making them secure enough to use on the treadmill. 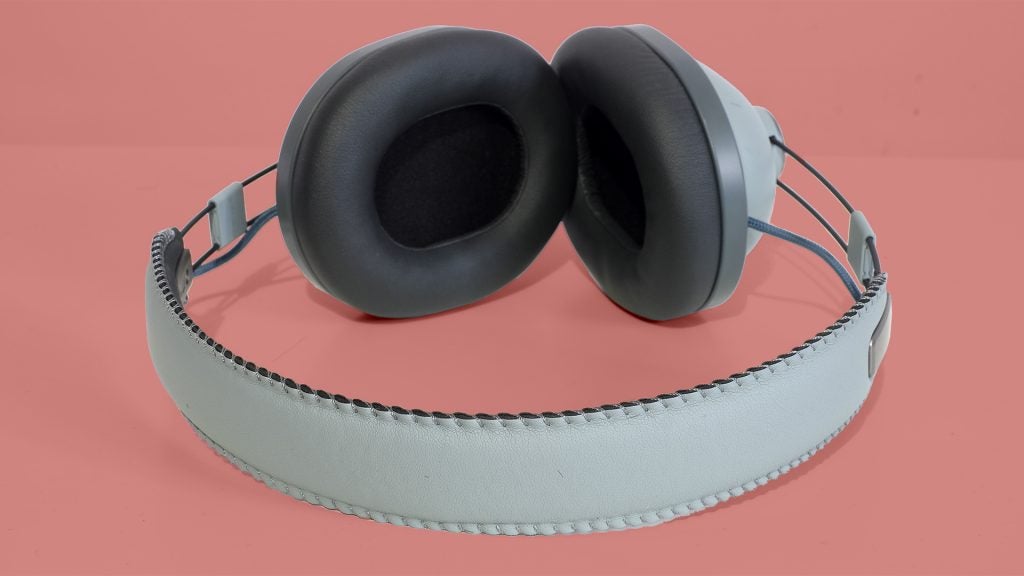 There’s no folding mechanism here. The cups wiggle laterally a little to fit your head, but they don’t fold in to take up less space when off your head.

The Panasonic RP-HTX80B accessory package is pretty poor, though; it comprises a charge cable – and that’s it. There’s no carry case and no aux cable, because there isn’t even an a 3.5mm input. This decision makes some sense, since phones are starting to cut out headphone sockets altogether, but most of us would like the option. Right? 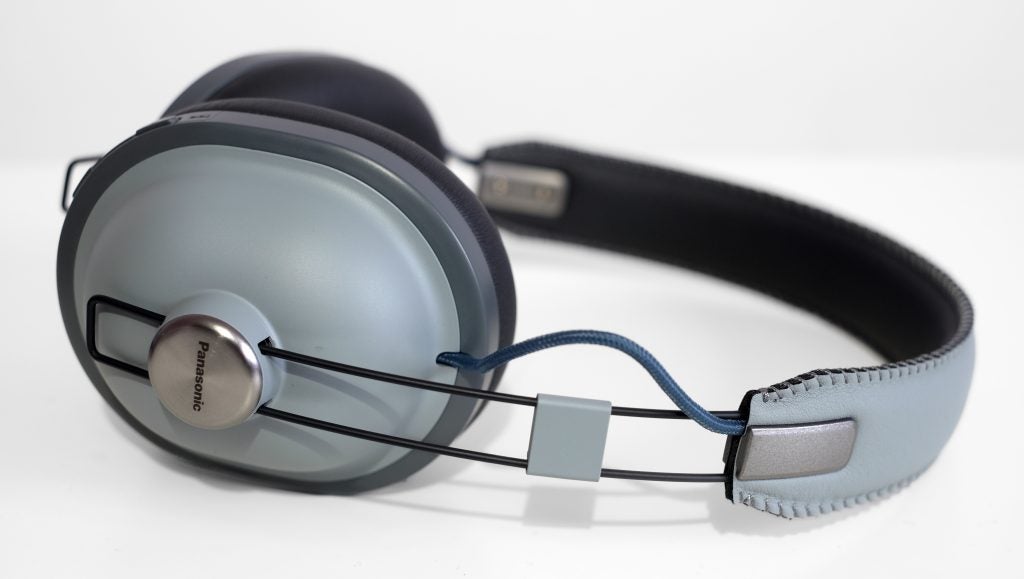 Like many recent Bluetooth headphones, the Panasonic RP-HTX80B offer excellent battery life. You’ll get up to 25 hours’ use off a charge. When they run dry you simply plug the included micro-USB cable into the socket on the right cup. You also get over two hours of use from a 15-minute initial charge, which is great.

Wireless stability is excellent. The latest Bluetooth chipsets not only result in double the battery life we might have expected a few years ago, but they seem to (for the most part) clear up the blips and drop-outs that used to affect even top-quality wireless headphones.

Panasonic doesn’t attempt anything too ambitious with the Panasonic RP-HTX80B’s controls, however. There are four buttons on the right cup, the standard trio you might see on an in-line remote, and a power button. You can change tracks, play/pause and change volume. They’re fairly easy to use blindly, too.

The Panasonic RP-HTX80B have no impressive extra features. There’s no active noise cancellation, no aptX HD or even aptX. A mic sits on the right cup’s bottom, however, letting you take calls while wearing the headphones. I tested the mic with a voice recording and found its tone is rather thin, and there’s no noise cancellation behind the scenes. 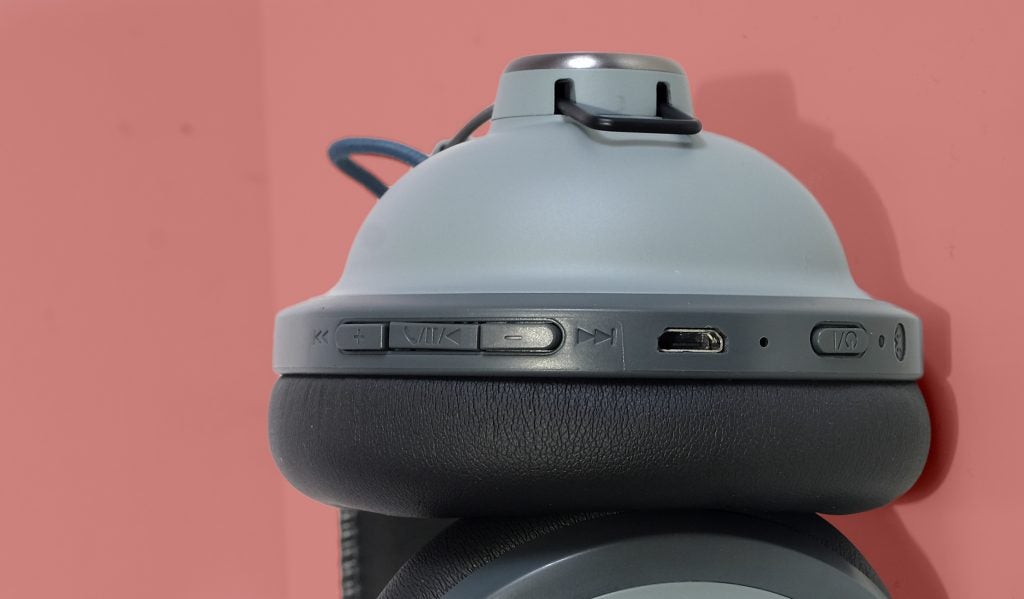 Like many full-size headphones, the Panasonic RP-HTX80B use 40mm dynamic drivers. It’s the default size for a pair such as this.

Sound quality is perfectly good bar one pervasive, annoying issue. These headphones have a real problem in their mid-range.

In numerous tracks, particularly those with a prominent vocal, you’ll hear a honking mid-resonance. It’s just as hard on the ear as sibilant treble, but because this kind of distortion isn’t spiky or crackly, it’s a little trickier to identify. 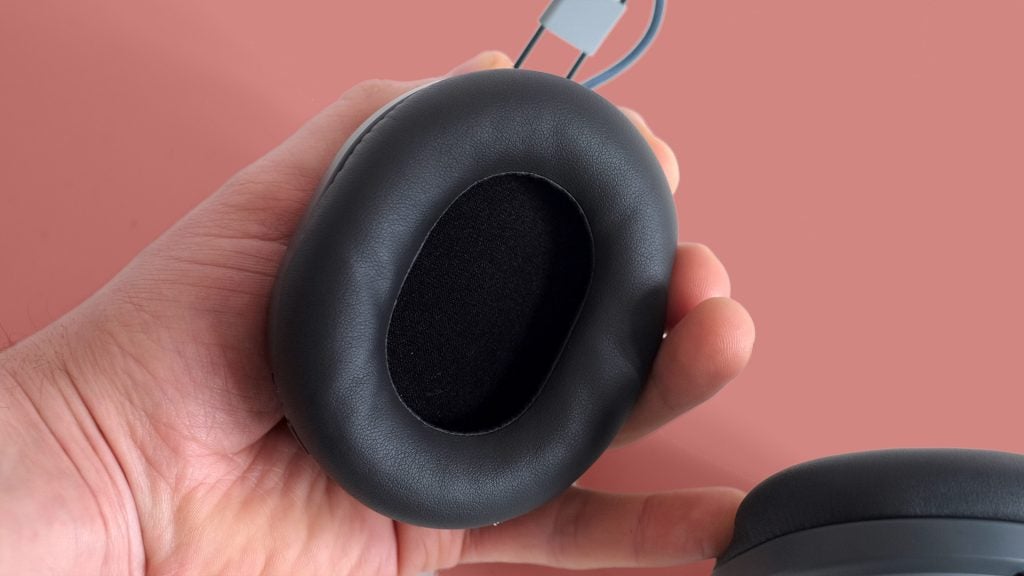 It’s noticeable at all volumes, but started to spoil the Panasonic RP-HTX80B sound when I wore them in the gym, increasing the volume to drown out the surrounding noise. Some tunes became borderline uncomfortable to listen to.

Hours of pink noise break-in later, the mid-range honk hadn’t disappeared. And you won’t hear this issue in the price-comparable (if on-ear) AKG Y50BT or Urbanista Seattle.

The mids are also somewhat recessed, and amorphous.

Aside from these ugly mids, the Panasonic RP-HTX80B sound pretty decent. Bass isn’t as powerful as that of the AKG Y50BT, but it sounds balanced and clean. Compared to the brashness of the mids, the treble is smooth and non-sibilant.

The soundstage is respectably wide, too. However, all the good bits aren’t enough to detract from the core issue, which is hard to ignore. 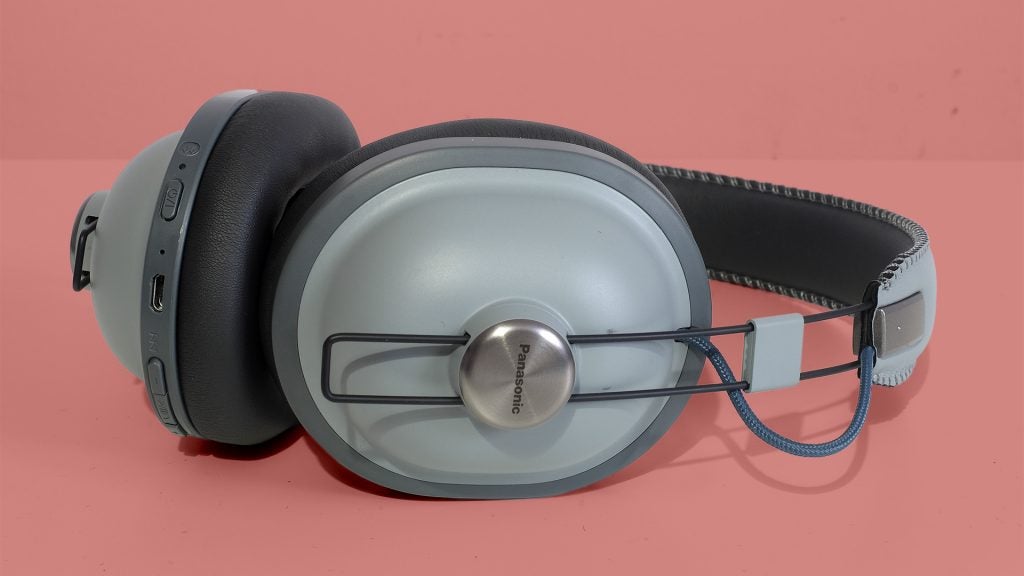 Why buy the Panasonic RP-HTX80B?

The Panasonic RP-HTX80B look good, and offer most of the tech you’d want. Bluetooth signal is good, battery life is great plus these headphones are comfortable to wear.

There are real issues with the sound, however. Honking mids are off-putting.

The Lindy BNX-60 are a better, if less attractive, over-ear pair of headphones. And the AKG Y50BT and Urbanista Seattle are also two superb on-ear alternatives at a similar price.

The Audio-Technica ATH-AR5BT are worth a look – if you can stretch to £150.

These headphones are plenty stylish, but their mids are just too hard on the ear.