The LCD-based PT-AE2000 arrives on the back of a formidable projection heritage. In fact, its Panasonic predecessor, the PT-AE1000, was a real star of last year’s affordable projection scene, offering full HD resolution at a sub-£2k price level that rival DLP technology could only dream about.


However, a year is a long time in the AV world, and now full HD DLP projectors are starting to hit the sub-£2,000 ‘patch’ as well. This means that the new AE2000 is going to have to work that bit harder if it’s to retain Panasonic’s competitive edge.


Not that any more effort seems to have gone into the projector’s aesthetics. It remains a surprisingly chunky, resolutely black and depressingly angular lump of a thing, with only a reasonably neat grille finish to alleviate the boredom. Oh well. At least you can’t say you don’t get plenty of sheer product volume for your money! 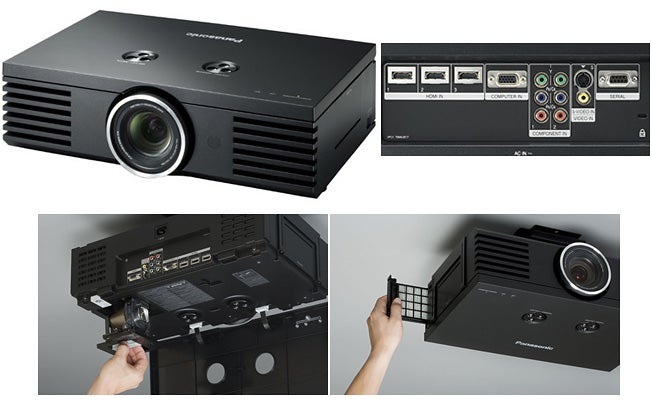 The first area where the AE2000 impresses is its connections, as you get a rather handy three HDMIs, all built to the v1.3 standard. This latter point means that the projector can handle the picture-boosting Deep Color format – assuming you can find any sources that support Deep Color in the first place.


As well as the three HDMIs, more unexpected HD generosity comes in the form of two component video inputs, alongside a D-Sub PC port. Plus you get the usual low-quality S-video and composite options, and an RS232 port for system integration. The only thing you don’t get that you might ideally have wished for is a 12v trigger output for driving a motorised screen.


More good news becomes evident as you start to set the projector up. For despite carrying prodigious quantities of features (which we’ll get to in a minute), it’s remarkably easy to get up and running. 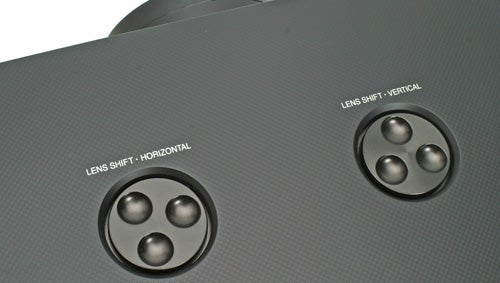 Particularly helpful are two ‘wheels’ on the projector’s top which provide a sublimely simple means of adjusting the image’s vertical and horizontal position, ensuring that you can get an image on to your screen no matter how weirdly shaped your room is.


There’s also plenty of keystone correction for removing angles from the picture’s edges, and the onscreen menus are clear, well-organised and work in good harmony with one of the better remote controls in the projection world.


Turning to the projector’s inner specification, it is, as we indicated earlier, a full HD model using LCD technology. It also boasts a 16,000:1 contrast ratio that’s far higher than we’d usually expect to see from an LCD machine – or even an affordable DLP one, come to that.

To be fair to DLP, though, the AE2000’s 16,000:1 contrast ratio is not a native figure, relying instead on a common LCD technique whereby the lamp output is reduced automatically when a dark scene is detected by the projector’s processors. This reduction in brightness leads to improved black level response, but also means the picture can be prone to over-obvious brightness ‘jumps’. Plus you’ll never find the AE2000 producing its maximum brightness and contrast values at one and the same time.


That maximum brightness figure, incidentally, is a handy 1,500 Lumens – a very high number for a projector in the sub-£2k category.


One further important feature of the AE2000’s optical system is something called Smooth Screen technology. This uses a proprietary Panasonic optical arrangement to ‘smooth away’ LCD’s tendency to reveal the individual pixel structure of its LCD panel in the form of a grid-like effect in the final image. 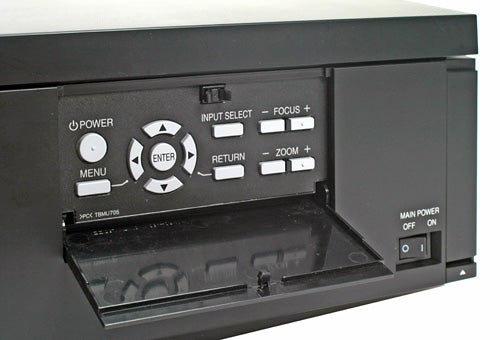 We’ve seen Smooth Screen deliver good results in the past, though it has to be said that we’re not entirely sure it’s necessary on a full HD projector, as we’d expect the pixels to be so densely packed together as to negate the ‘gridding’ problem in the first place.


Joining the Smooth Screen optical system in working to improve the AE2000’s pictures are a quartet of other significant tricks. First up, colour processing is a high-powered 16-bit affair, which should ensure that colour blends look perfectly smooth, avoiding the ‘striped’ appearance you sometimes see at the affordable end of the projection market. 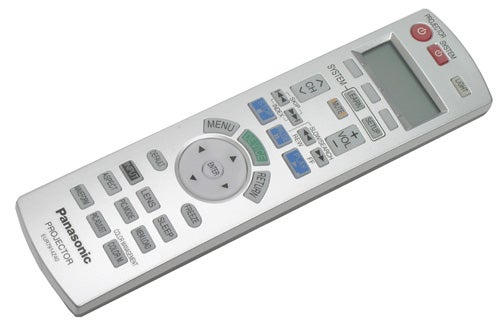 Also on hand for colours is a Cinema Colour Management utility that enables the user to correct and tweak colours to a finer, more extensive degree than what was possible with the AE1000. What’s more, the changes you make using Colour Management can be viewed as a graph, so that you can follow at a glance the path of your actions.


Yet more colour enhancement is promised by the projector’s Pure Colour Filter Pro technology, which employs fine optical adjustments to deliver apparently greater purity in the reproduction of the red, green and blue ‘primary’ video colours (as well as deeper blacks and a generally wider colour space). Finally you get a Detail Clarity Processor that does exactly what it says on the tin.


Heading at last into the AE2000’s performance, I predictably find much to like. Yet there are also just enough problems to prevent me from giving it a totally unreserved recommendation. Kicking off the good stuff is the AE2000’s Smooth Screen system. If this system has had a fault in the past, it’s that it’s shown a tendency to reduce the picture’s sharpness. But here it really does smooth away any trace of the so-called LCD ‘chicken wire effect’, while still leaving quality HD sources such as ”The Prestige” on Blu-ray looking terrifically sharp and detailed.

Enhancing the clarity further is the way the AE2000’s image processing seems to remove pretty much all traces of video noise, leaving even notoriously ‘gritty’ HD moments like the opening black and white bits of ”Casino Royale” on Blu-ray looking polished and clean. And let’s not forget, either, that since it uses LCD technology, the AE2000 does not have to worry about common DLP issues such as fizzing noise over motion and ‘the rainbow effect’, where stripes of colour can flit about in your peripheral vision.


This projector is also very good with black level response for such an affordable full HD LCD affair. I personally chose to leave the dynamic iris arrangement switched off due to one or two occurrences of brightness jumping, but even with a static iris in play the AE2000 manages to show dark scenes with surprisingly little evidence of the customary clouding interference.

Dark scenes also benefit from some unusually fine greyscale presentation, ensuring that the slightest shift in colour or lighting in a dark area is portrayed with impressive accuracy. This really helps bring dark scenes to three-dimensional life, so that they don’t look like some empty ‘poor relation’ to a film’s brighter moments.


As a last strength of the AE2000, it runs likeably quietly for such a large and bright projector, at least so long as you have the lamp output set to the sort of relatively low level generally best suited to video as opposed to PC use.


And so I come to the first of the little flaws that make the AE2000 merely a good projector rather than a great one: some overcooked colours. By which I mean that some rich reds, blues and especially greens can look rather artificial, standing out a little cartoonishly from the rest of the picture. You can reduce the impact of this problem by selecting the Cinema 1 picture preset. But I never managed to remove it completely, even with the additional help of the colour management system.


On a probably connected note, it also seemed to me that one or two colours, especially during dark scenes, tend to look a touch unnatural in tone.


One final issue is that when the picture’s optimised for a cinematic black level response, it really isn’t that bright – a potential concern for people wanting the AE2000 to ‘drive’ a big screen of 120in or more.


While the AE2000 doesn’t quite maintain the runaway full HD lead exhibited by its predecessor, it’s still a very solid contender that demands an audition. Especially if you think you might be particularly prone to seeing the rainbow effect colour noise exhibited by rival DLP projectors.