After the slowness and bugginess of Android TV, the slickness and stability of Firefox TV is a breath of fresh air.

Navigating around and through the various menus and menu layers is actually fun thanks to the consistently speedy and accurate response to your remote control choices. The icons magnify cutely as you scroll over them too, livening up the already very attractive level of presentation and, more importantly, letting you see instantly where you are in any given menu.

Even more importantly, we haven’t experienced a single system crash during what have now added up to tens of hours of Firefox TV use. This is a hugely important point, as experience suggests that typical TV users will only tolerate one or two crashes before they start to give up on using smart TV features.

The new Smart Remote you get with some of Panasonic’s high-end 2015 TVs is a pretty solid companion to Firefox. Crucially it greatly improves on previous iterations by ditching the old circular and overly small touchpad area in favour of a much larger one that uses a rectangular shape much more in tune with the shape of the TV screen you’re navigating. It has a nicely curved design now too, which feels very comfortable to hold. 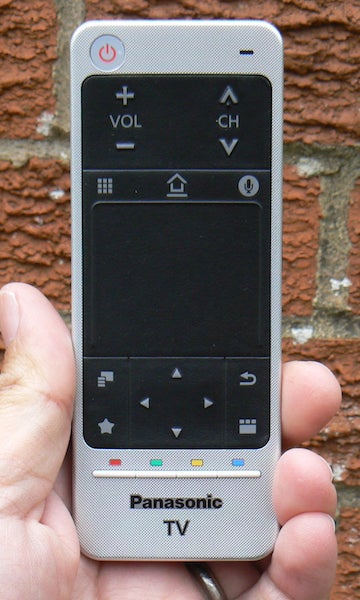 However, it doesn’t offer the point-and-click functionality that’s now being used to such great effect by Samsung and LG.

One other thing to mention here is that Panasonic’s new smart TVs seem much more tolerant of weak Wi-Fi signals than previous generations have been. Even if you get down to just two bars of Wi-Fi strength the smart TV functionality seems to hold up well, whereas previously anything less than three bars would have led to serious disruptions.

Should I buy a TV with Panasonic Firefox My Home Screen 2.0?

As ever with smart TV system reviews, we’d never recommend that you only buy a TV because of its smart attributes alone. That said, Panasonic’s Firefox system is by far the best smart TV proposition the brand has delivered to date, and is also the first real rival for the smart TV crown currently worn by the LG webOS system.

WebOS maybe still just holds on to the top spot thanks to its more efficient use of screen real estate – you can do more with it while still watching TV at the same time. But Firefox TV certainly does enough to count as an extra attraction for Panasonic’s much-improved 2015 TV range.

Fears that Panasonic’s collaboration with Mozilla would go the same way as Sony’s collaboration with Google prove completely unfounded, as Firefox TV proves to be a slick, clutter-free delight, full of customisation options and gorgeous, friendly graphics. Most importantly of all, it’s clearly been designed by people who really understand what typical TV (not phone or tablet) users really want from a smart TV system.