While it's an improvement on the much-revered LX100, the Mark II version falls just short of full marks by not including a tilting screen.

What is the Panasonic Lumix LX100 II?

The original Panasonic LX100 is one of our favourite ‘big sensor compacts’, with its mix of a Four Thirds sensor, 3x optical zoom and serious portability adding up to a cracking street photography camera.

Four years on, the LX100 Mark II brings a set of minor improvements rather than a massive overhaul.

Sporting a Four Thirds sensor (the same size you’ll find in one of Panasonic’s mirrorless system cameras), it’s a bit more special than your average compact camera, and comes coupled with a 3x optical zoom lens with a fast aperture (24-75mm equivalent, f/1.8-2.8).

So where are the improvements, then? Well, there’s a new touch-sensitive screen, additional 4K Photo options that bring it in line with other models in Panasonic’s line-up, extra creative modes, plus the ability to charge the camera via USB.

With its small size but large sensor, it’s touted as the perfect travel and street camera, giving you the flexibility of a small zoom while being (jacket) pocketable. How does it fare against rivals like the Sony RX100 VI, Canon G7X Mark II and the forthcoming Fujifilm XF10?

If you were to place the older Panasonic LX100 and the new LX100 II side-by-side, you’d be pretty hard-pushed to spot the difference.

The main physical change comes in the hand grip, which is now a little chunkier, making it more comfortable to hold for lengthy amounts of time. There’s a thumb rest on the back of the camera that helps with this, too.

It’s a small camera considering the size of the sensor, but you still shouldn’t expect to slip it into your jeans pocket. Still, it’s a great middle ground between portability and high-image quality, with a jacket pocket being a suitable home for it, or of course a bag. 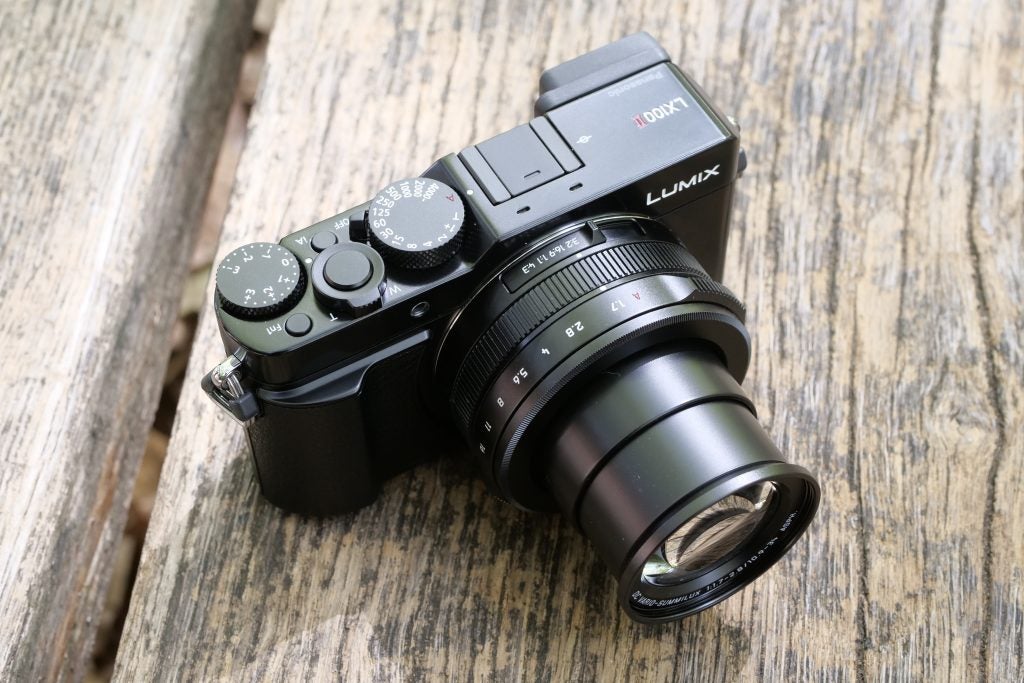 As with its predecessor, the LX100 Mark II goes big on tactile controls for pretty much any shooting setting, even though there’s now a touch-sensitive screen.

If you love traditional dials, then you’ll likely be a big fan of the LX100 II’s set-up. There are two dials on the top of the camera for adjusting shutter speed and exposure compensation, while aperture is altered the good old-fashioned way with a ring around the camera’s lens.

Other switches on the lens for choosing focussing mode and aspect ratio are also included. As the camera’s sensor is a ‘multi aspect ratio’ sensor, the latter switch comes in really handy. Finally, a second dial around the lens can be used to adjust a setting of your own choosing.

Flip to the back of the camera and you’ll see a pretty familiar array of buttons – certainly if you’ve used any Panasonic cameras before. You’ve got a navigational pad, but there’s also a set of customisable buttons, giving you yet more options to set up the camera exactly how you like to use it. Which is a good thing, because navigating its many menus can be a little confusing.

The zoom lens can be extended by using a switch around the shutter release button. It’s a fairly slow moving zoom, but one feature that is particularly nifty is the ability to quickly jump to different focal lengths, such as 35mm and 50mm, which you can set via the main menu.

One of the big upgrades for the LX100 II is the addition of touch-sensitivity to the screen. It’s not exactly hugely innovative in 2018, but it brings with it some useful additional functionality – such as being able to tap to change the autofocus point.

The screen also represents the biggest disappointment with the LX100 II. Having a tilting screen would have made so much sense for a street photography-oriented camera, so the fact that it doesn’t have one is a massive let down.

Panasonic decided not to include one to help keep the overall body size down. But when you see even smaller cameras like the Sony RX100 VI with a tilting display, excuses like that are harder to swallow. Personally, I think it would have been well worth the sacrifice to make the camera a little bulkier in order to be able to compose from awkward – or more discreet – angles. 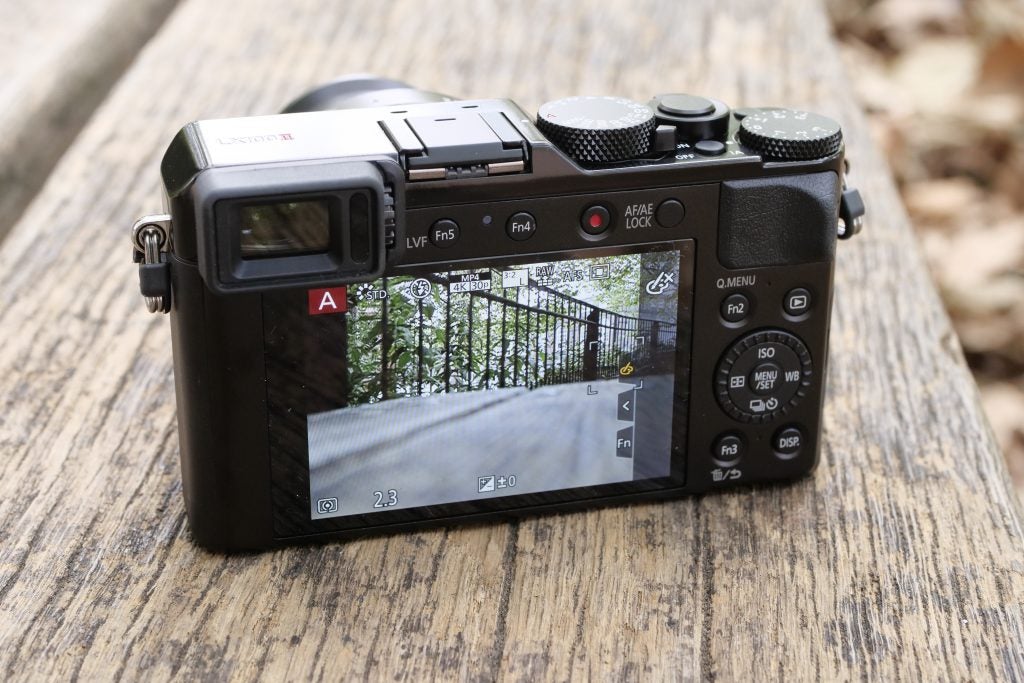 Accompanying the three-inch display is an electronic viewfinder. It’s relatively small, but shows a bright and clear enough view of the scene to still be useful if you prefer to compose in this manner. There’s also a sensor that automatically activates the finder when you lift the camera to your eye, making for a seamless experience.

In bright conditions it’s extremely handy, while there are plenty of us (particularly those coming from larger DSLRs or mirrorless cameras) who simply prefer to compose in this way.

It’s a little on the slow side to zoom in and out, so if you’re walking around taking shots, you might want to set the focal length to roughly where you want it to be before lifting it to your eye.

On the whole, the LX100 II focuses quickly and accurately in the majority of shooting conditions. In dark conditions, it can sometimes take a little longer as it hunts to acquire focus, but it’s pretty rare for a false confirmation of focus to be displayed.

This is unlikely to be a camera you’ll pick for sports and action, but 4K Photo Modes are great if you want to capture split-second action, such as pets or kids moving about quickly. 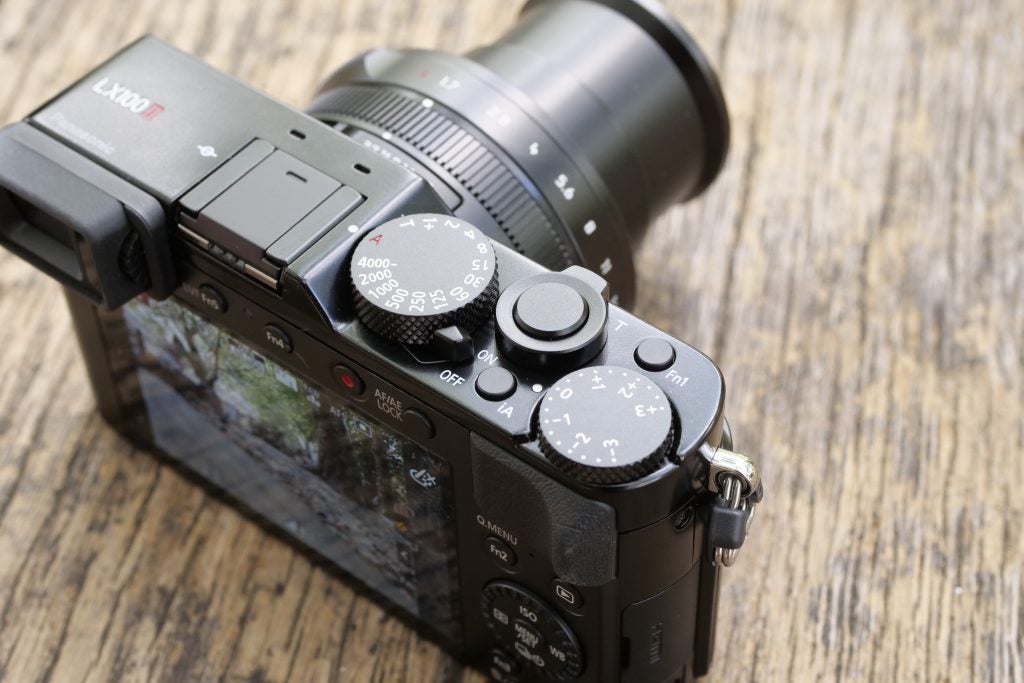 Panasonic’s 4K Photo modes have been around for quite a few models now, so we take them a little for granted, but they’re incredibly useful for this kind of thing. The camera shoots a short 4K video clip, giving you the option to extract stills from said video clip – with 30 frames per second to choose from.

Adding the ability to charge the camera via USB is a welcome addition for a 2018 camera, especially one which is so heavily targeted towards travelling photographers.

The opportunity for a free battery pack with a pre-order has now passed, but it’s worth picking one up for long trips where you might be without easy access to a charger. It’s likely that the LX100 II’s battery will last you most of a full day, but it’s worth noting that the official battery life rating drops from a fairly respectable 340 shots down to 270 shots if you opt to use the viewfinder frequently.

The LX100 was one of my favourite compacts of recent years, so naturally I was quite excited to hear of its successor finally coming to the market.

Image quality does not disappoint, with vibrant yet realistic colours that appear to have been slightly toned down from the original LX100 for an overall more natural appearance. 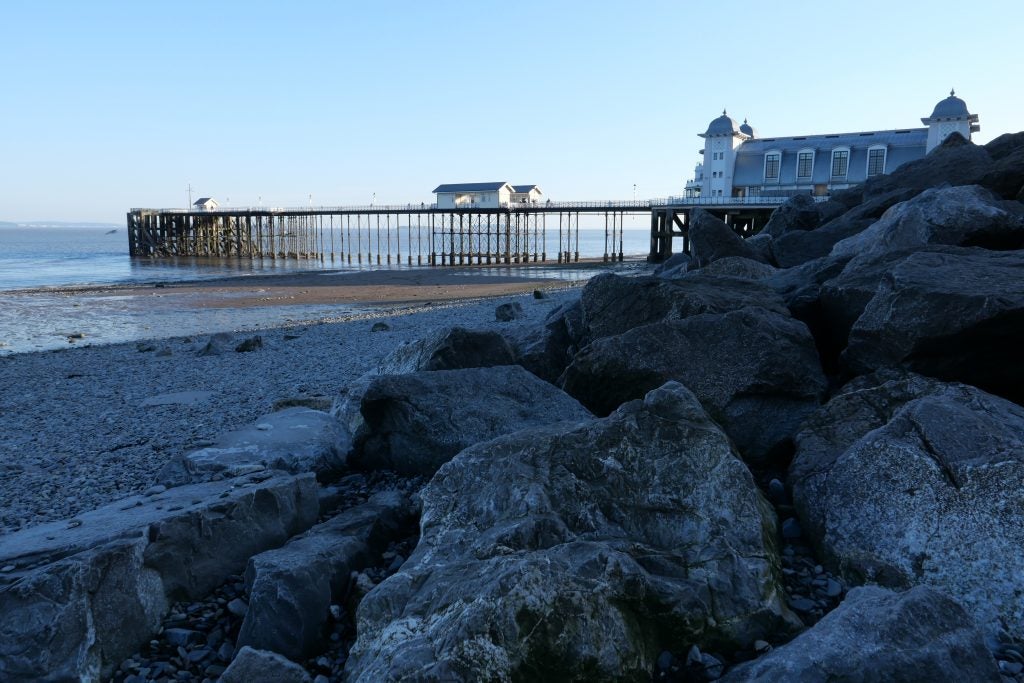 Details are also excellent, with a good degree of dynamic range making for very pleasing overall exposures. Having a much larger sensor than most compact cameras – even the premium ones – pays dividends for a number of reasons.

Firstly, it’s easier to create a pleasing shallow-depth-of-field effect, especially when coupled with the f/1.7 maximum aperture at the wide-angle end of the lens. And secondly, low-light shooting produces great results – again helped by a wide aperture lens letting in as much light as possible. 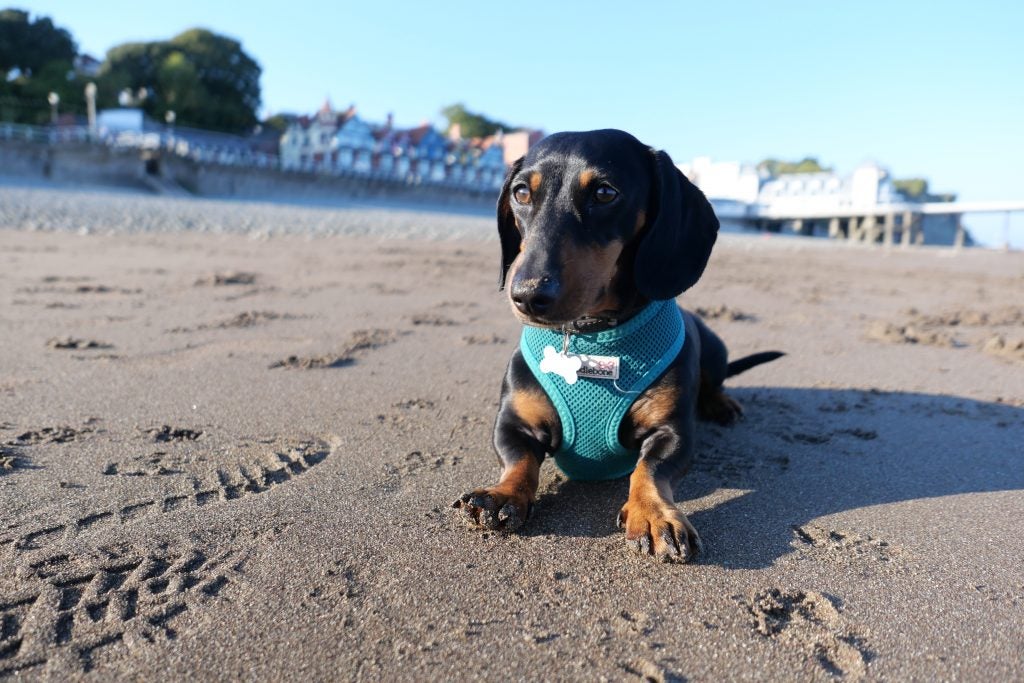 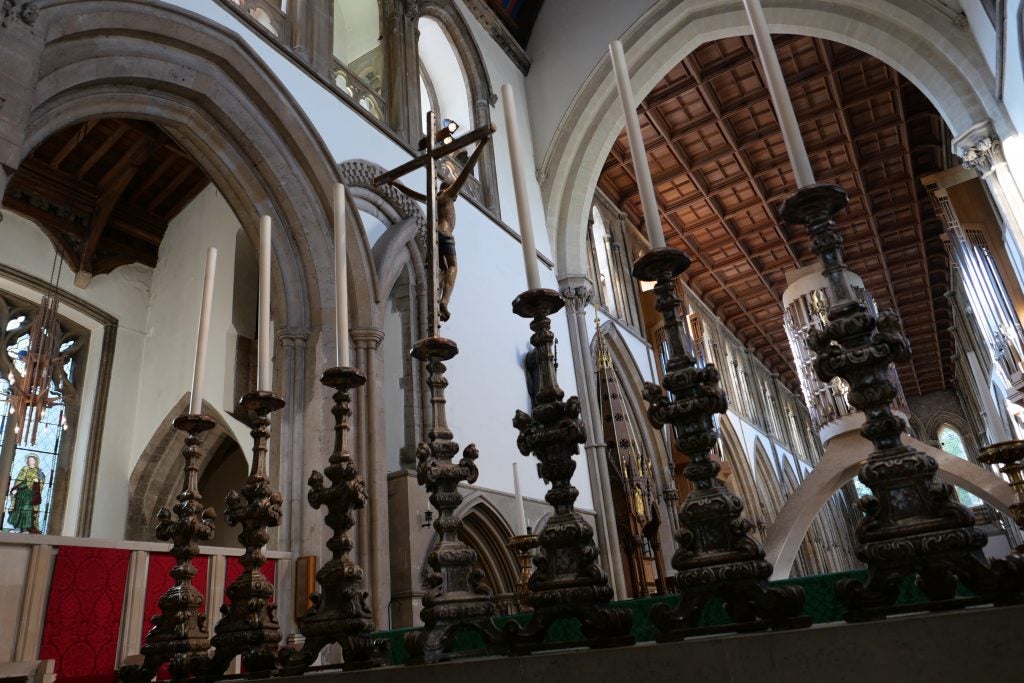 It’s best if you can keep to ISO 1600 or below, but even shots taken at higher speeds like ISO 3200 are more than usable at smaller, web-friendly sizes.

As is standard for all Lumix cameras, the LX100 II shoots in 4K. Again, it’s probably not a camera you will choose if you’re heavily into your videography, but it’s more than capable of creating pleasing short video clips to accompany your travels. Though it’s worth bearing in mind that the LX100 II shoots 4K as a crop in the centre of the sensor, which means the widest focal length available is 32mm.

While the LX100 II doesn’t represent a huge overhaul from the original LX100, it’s arguable that such a well-liked camera didn’t really need anything revolutionary doing to it in the first place.

A series of smaller but very welcome improvements make it more relevant today than the older model, but we can’t help but continue to be very disappointed that there’s no tilting screen.

Still, if you can put up with that fairly major disappointment, then you’ve got a great, light camera, which produces excellent images and won’t take up too much room in your luggage.

You might also be drawn towards it if you’re a street photographer, with its small size and discreet looks helping not to give the game away when you’re shooting candids. 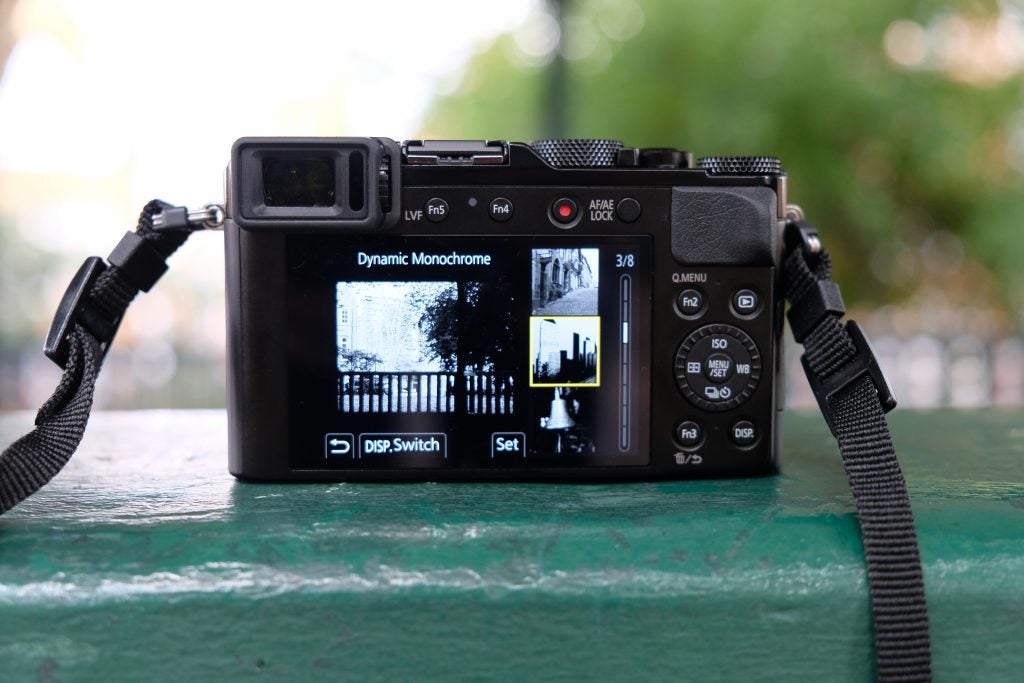 The LX100 II is relatively unburdened by too many competitors, but the obvious alternatives are the Canon G1X Mark III, and perhaps even Panasonic’s Lumix GX9. 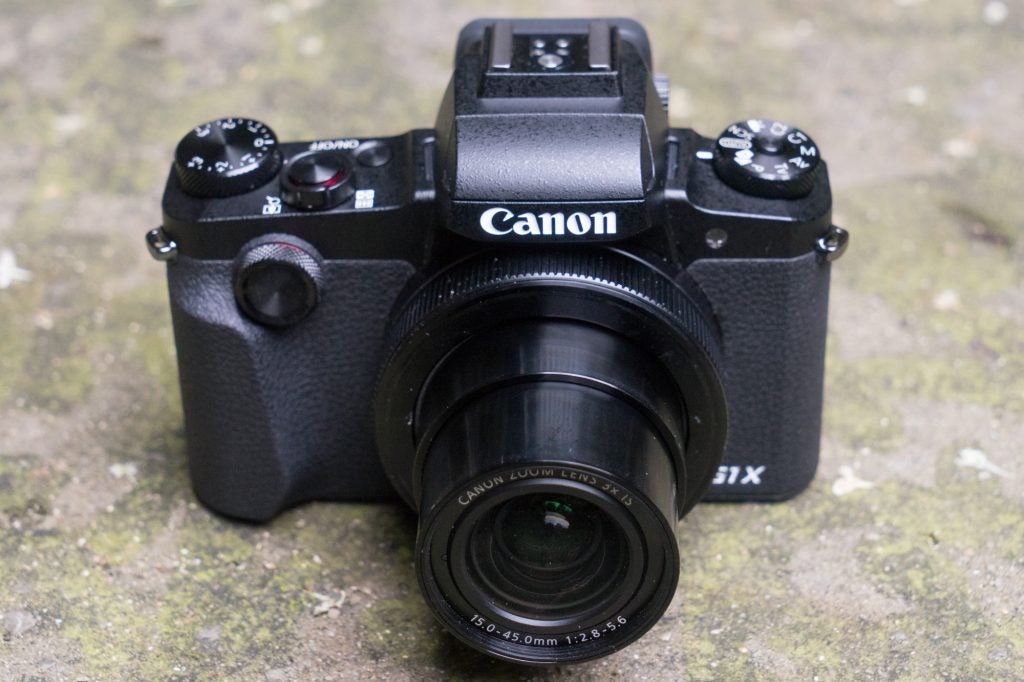 Using a similar large sensor but small body design, the Canon G1X Mark III goes even bigger with an APS-C sized sensor. You also get a fully articulated screen, making it more useful for awkward angles and video shooting. As a trade-off, you get a narrower aperture lens (f/2.8-5.6) and a price tag of over a grand. 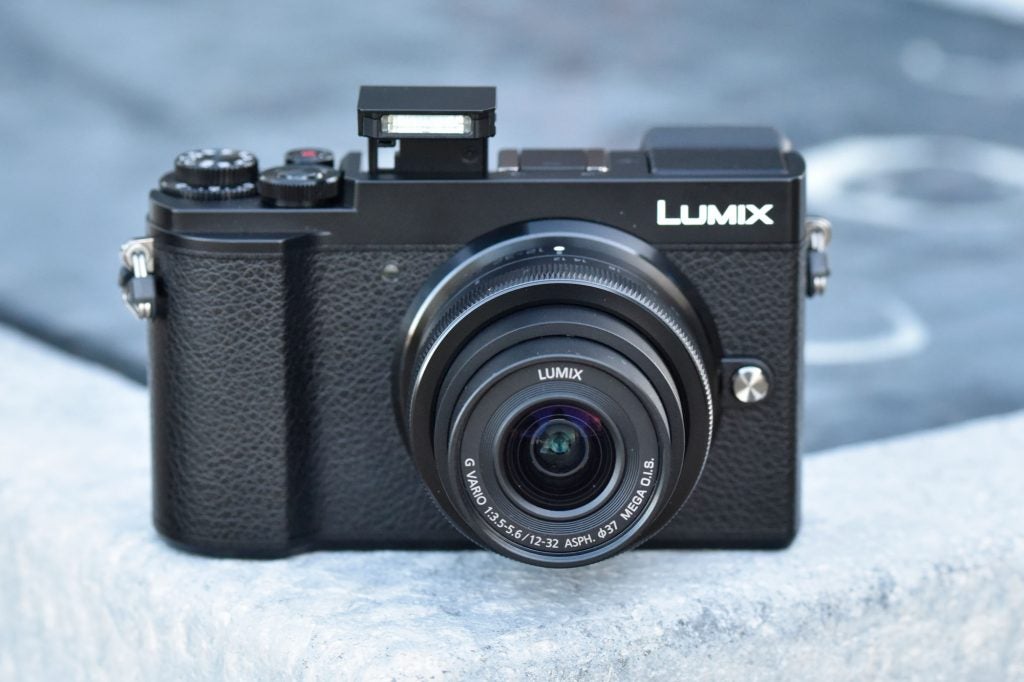 The Panasonic Lumix GX9 is a little bit like an LX100 II but with the added benefit of being able to change lenses – it uses a similar sensor and much of the same functionality. The body size isn’t hugely bigger, but as soon as you start adding lenses the overall size adds up.