Panasonic’s TZ range has long held top position in the ‘travel’ compact area. It’s a field that has proved increasingly popular with those looking for a compact camera with a more advanced feature set than a smartphone. Top of the list is including large optical zoom while maintaining a compact body.

The Panasonic Lumix TZ40 is the latest addition to this series, and it arrives with an improved specification and a host of new features. Wi-Fi functionality and Near Field Communication (NFC) gain top billing. They allow for simple transmission of photos between various devices, such as smartphones and tablets. The question is; has the addition of these features improved on what was already an excellent travel compact? 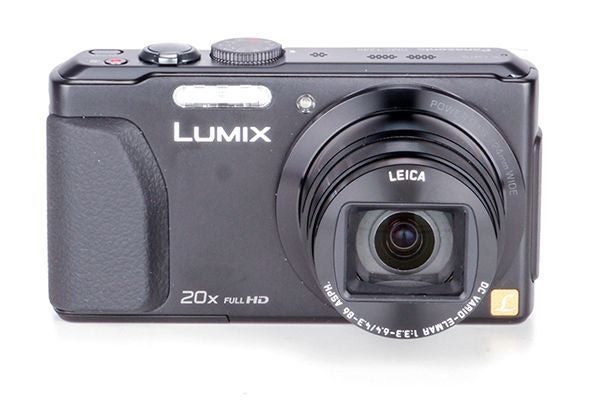 Those looking for a compact camera that can provide a step up from their smartphone want a specification that offers a marked improvement. One area that marks the TZ series out in this regard is its large optical zoom, which the Panasonic Lumix TZ40 has.

The TZ40 features a 20x optical zoom that covers an attractive focal range of 24-480mm in 35mm equivalent terms. The lens itself is supported by Panasonic’s proprietary Hybrid O.I.S. stabilisation system, which offers 5-axis image stabilisation in both stills and video capture. 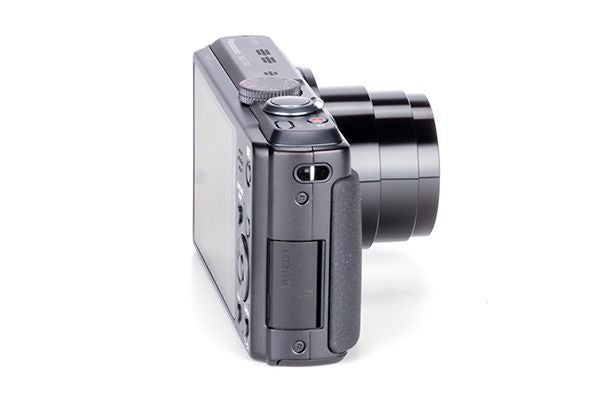 The Panasonic Lumix TZ40 features a newly developed high-sensitivity MOS sensor with a resolution of 18.1MP, making it the highest resolution sensor found on any TZ model thus far. The physical size of the sensor remains the same, which raises concern over noise control. This is something Panasonic is clearly aware of, as it has introduction a new ‘Wavelet’ noise reduction technology that, in conjunction with Panasonic’s Venus image processor, promises an improved level of image noise reduction. The ISO range itself runs from ISO 100 to 6400 – a whole stop improvement on its predecessor.

Another TZ40 upgrade is found on the rear of the camera. The 3in touchscreen now features a resolution of 920k-dots – as opposed to the 460k dots on the TZ30 – bringing it firmly in line with the competition. The touchscreen also now features tap-to-focus – by simply pressing the LCD screen you can assign the AF point desired, resulting in a tactile shooting experience. 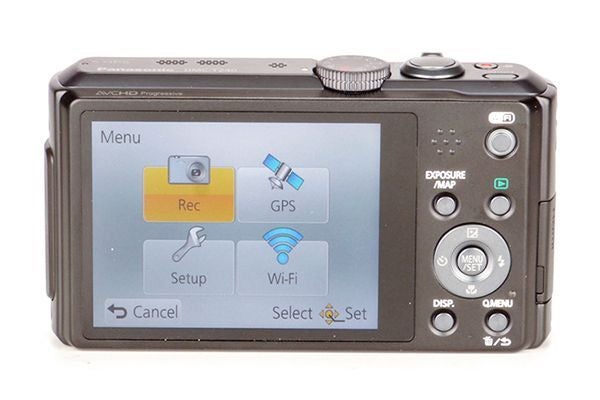 The focus system itself is Panasonic’s ‘Light Speed AF’ set-up, promising focus acquisition in less than 0.1 seconds – a speed so fast that any delay is barely discernable. Speed is also in evidence when burst shooting, as the TZ40 offers a maximum burst shooting speed of 10fps, or 6fps with AF tracking deployed. Unfortunately this burst only lasts for around six frames, however this should be ample to capture most short bursts of action. Completing the impressive specification is full HD video capture at a resolution of 1,920 x 1,080 pixels, and videos can be stored in either AVCHD or MP4 format.

One disappointing missing element of the Panasonic TZ40’s specification is Raw capture. Previous models in the TZ series have been broadly criticised for the exclusion of Raw file compatibility, and once again this is the case with the TZ40, which is a disappointment.

Previous generations of the TZ series offered little with regards to development in their design. This approach has been altered with the Panasonic Lumix TZ40, as the latest compact features several noticeable design tweaks. The TZ40’s body has a pronounced rubberised handgrip that offers a much more secure grip of the camera. The introduction of a new On/Off switch and playback button both benefit the ease of operation too.

The Panasonic TZ40’s menu system has also been redesigned, now featuring five intelligently selected sub-categories that offer quick access most of the camera’s functions. That includes wireless connectivity and GPS functionality, which need to be easy to use to be worthwhile. 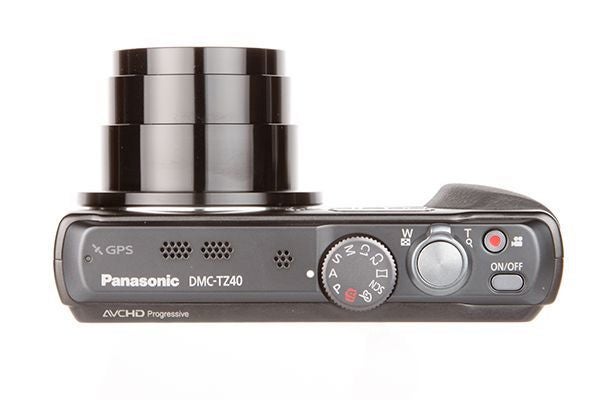 While it’s generally a positive picture in terms of design, the Panasonic TZ40 isn’t completely without flaw. Unfortunately the buttons found of the rear of the camera are a touch on the small side, and as a result can prove problematic to press while shooting. One benefit of the small buttons is the TZ40 maintains a slim profile an aspect which is also aided by the completely retractable lens.