The Panasonic Lumix LX7 replaces the two-year-old LX5 as the company’s flagship advanced compact. Advanced compacts have become a popular choice for enthusiast-level photographers looking for something a bit more portable than a DSLR and a bag of lenses, and while Panasonic may have been first to market with the launch of the LX3 in 2008, the market is now well served with plenty of competing models.

While most models have their own unique selling points, there are two key things that most potential buyers look for in an advanced compact, namely full manual control over exposure settings and the ability to shoot lossless Raw images for enhanced post-production potential.

Thankfully, the LX7 offers both and also brings with it a number of component and specification upgrades over the older model, not least a super-fast f/1.4-f/2.3 zoom lens – the fastest yet seen on a compact – alongside an all-new aperture control ring and improved rear LCD monitor. But is it enough to elevate the LX7 over the competition? 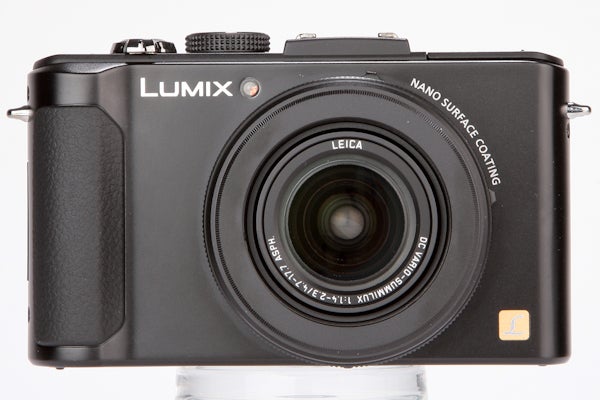 While many regular compacts use smaller 1/2.3in sensors with effective resolution counts of around 16MP, advanced compacts tend to be equipped with slightly bigger sensors of around 1/1.63in or 1/1.7in that are more expensive to manufacture.

Generally speaking these bigger sensors are capable of producing better image quality and also tend to perform better in low light, although the tradeoff for this is usually a reduction in effective resolution. The LX7 follows this established pattern with a 1/1.7in sensor that produces an effective resolution of 10.1MP – exactly the same as the LX5.

Despite sharing the same headline resolution, the two sensors are actually quite different. Whereas the LX5 used an optimised CCD sensor, the LX7 employs a newly developed High Sensitivity MOS chip that harnesses the technology Panasonic has been employing to such good effect with its compact system camera range in recent years. At 1/1.7in, the LX7’s sensor is fractionally smaller than the 1/1.63in sensor of the LX5 too, and is, of course, significantly smaller than a Micro Four Thirds chip. 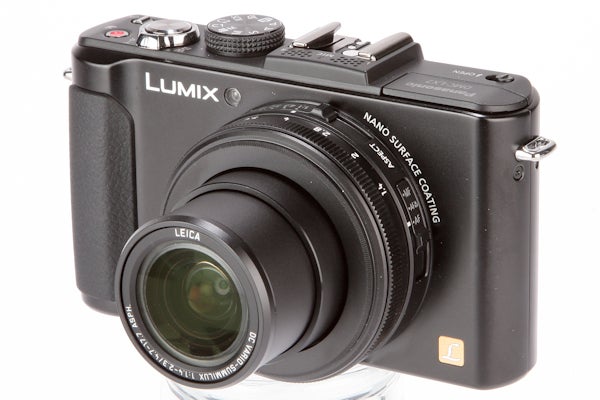 Without wishing to get overly hung up on sensor size, a quick comparison between the LX7 and its main advanced compact rivals does seem relevant here. The LX7’s 1/1.7in chip matches what’s found inside both the Nikon P7100 and Canon S100.

The Olympus XZ-1 uses a 1/1.63in chip that’s fractionally bigger though. The Fuji X10, meanwhile, uses a larger 2/3in sensor, while the Sony RX100 uses an even larger 1in sensor. Biggest of all is the Canon G1X, which uses a 1.5in sensor – bigger than a Micro Four Thirds chip.

As mentioned above, the LX7 can record images in compressed JPEG and lossless Raw (or even simultaneous JPEG & Raw) in a range of different aspect ratios including 4:3, 3:2, 16:9 and 1:1. As with the LX5, aspect ratio selection is made simple via a dedicated switch on top of the lens.

The LX7 also benefits from the same Multi-Aspect Sensor design of the LX5, to ensure as much as possible of the sensor’s total surface area is used – thereby keeping effective resolution as high as possible regardless of what aspect you choose to shoot in.

Elsewhere, sensitivity has received a boost with the LX7 offering a standard sensitivity range of ISO 80-6400 – a stop more than the ISO 3200 top setting offered by the LX5. As with the LX5 before it, the LX7 also offers an extended setting of ISO 12,800 albeit at a reduced resolution of 3.1MP.

The LX7 also carries over the Neutral Density (ND) filter found on the LX5, which offers a three-stop step down should you want to shoot at wider apertures in bright light without your images suffering from blown highlights. 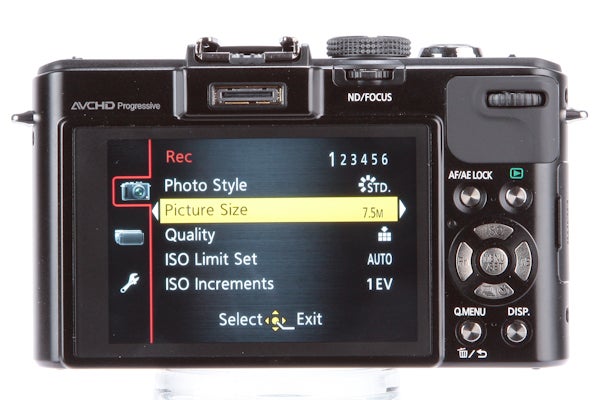 This makes it the fastest zoom lens in its class, alongside the recently announced Samsung EX2F. By comparison, the Sony RX100 and Olympus XZ-1 both open up to f/1.8 at their widest, while the Fuji X10 and Canon S100 offer a maximum of f/2. The Canon G1X and Nikon P7100, meanwhile, are both a bit slower at f/2.8.

It’s also worth noting that, at 24mm, the LX7 retains the LX5’s crown as the widest advanced compact on the market, with all of its main rivals (bar the Canon S100) starting at 28mm.

If the LX7’s maximum telephoto reach of 90mm isn’t quite enough then it’s possible to extend the reach of the lens via the camera’s built-in Extra Optical Zoom technology. This enables you to extend the zoom’s overall range to 4.5x (at 7MP), 5.4x (at 5MP) or 6.7x (at 3MP). Pushing further into digital zoom territory, it’s possible to extend the zoom to a maximum 7.5x, although it should be noted that the lack of resolution at this setting will, of course, negatively impact overall image quality.

In terms of exposure options, the LX7 is well equipped with the full range of PASM modes, alongside Panasonic’s well-regarded intelligent Auto (iA) point-and-shoot mode and a number of Scene modes.

Should you want to add creative effects to your images without the need for post-processing software then the camera offers 16 Creative Control digital filter effects to choose from, including some interesting options such as Radial Defocus and Smooth Defocus, alongside the more commonly found Retro, Dynamic Monochrome and High Dynamic. 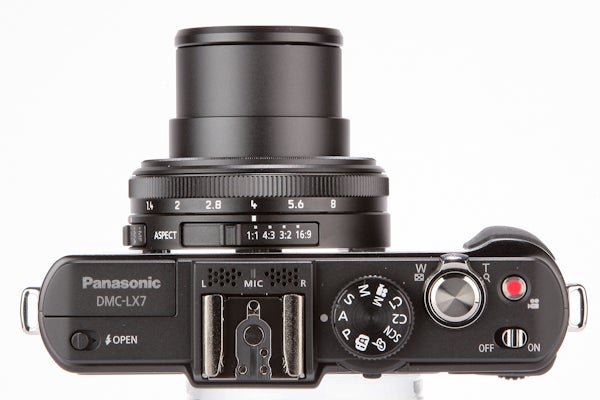 Video enthusiasts will be pleased to discover that the LX7’s movie capture abilities have received a boost over what was offered by its predecessor, with the new model able to record 1080p Full HD video in either the HDTV-friendly AVCHD format at 50fps or in the more computer-friendly MP4 format at 25fps.

By comparison, the LX5 was only able to record 720p HD. There are, of course, a range of non-HD standard definition quality options available should you be shooting non-critical movies specifically for the web, or if you just want to save on memory card space. Audio is captured in stereo via a microphone in front of the hotshoe.

Overall build quality of the Panasonic Lumix DMC-LX7 is very high. The camera shares the same predominantly metal finish as the LX5 and, in the hand, there’s no mistaking it for anything but the premium camera that it is.

The revised handgrip isn’t particularly deep but it does allow you to get a comfortable and relatively secure hold of the camera. The LX7’s back also benefits from a texturised thumb-grip that surrounds the control wheel to provide a bit of extra purchase. 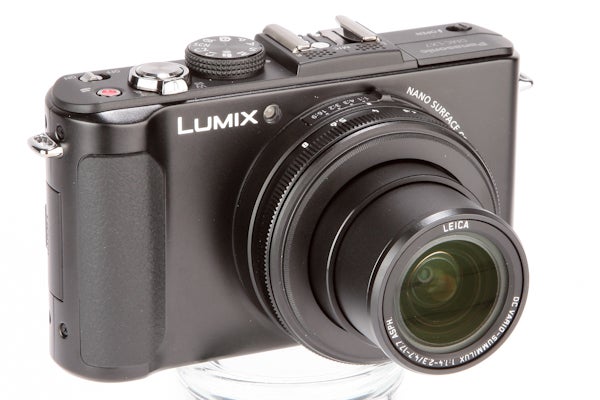 While at a first glance the basic shape of the Lumix LX7 looks to be virtually identical to its predecessor, closer inspection reveals that the newer model is actually slightly taller and thicker. The main reason for this is that it gets an all-new aperture ring on the front of the lens. This ring cannot be re-assigned to control any other camera settings, but we do like the distinctly ‘old school’ feel it lends to general operation of the camera – especially when used in Aperture-priority mode.

Given that it also means you don’t have to use the rear control wheel to control both aperture and shutter speed, it makes general operation quite a bit quicker when shooting in full Manual mode. The ring offers just the right amount of resistance too: firm enough to resist accidental nudges, but with a satisfying click when you use it to change the aperture value.

Directly behind the Panasonic Lumix DMC-LX7’s aperture ring you’ll find the aspect ratio selection switch we mentioned on the previous page. One benefit of having the aspect controls so close to hand (as opposed to buried within the in-camera menu) is that it enables – or even encourages – you to take full creative advantage of the various options in order to best highlight a subject or frame a particular shot.

Elsewhere the LX7 serves up almost exactly the same button configuration as the LX5, save for a new button on the back of the camera that toggles between the built-in ND filter and Manual focus mode. The rear command dial can be used to set exposure compensation or the shutter speed when in full manual mode, while the Quick menu provides access to the LX7’s core settings.

The four-way directional-pad, meanwhile, offers direct access to Drive mode, White Balance and ISO. The Panasonic Lumix DMC-LX7 comes with its own built-in flash housed inside the left-hand shoulder – although those looking for bit more power can attach a dedicated flash to the hotshoe. 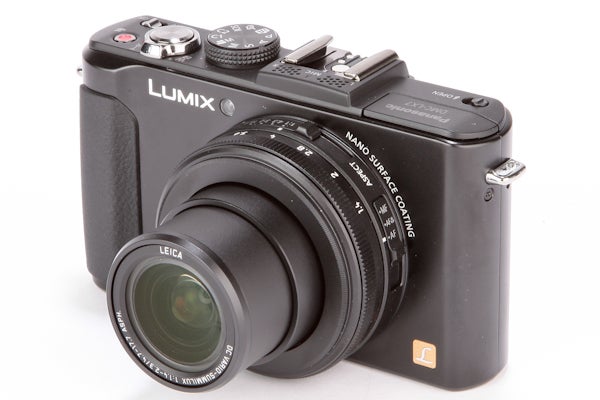 The 3in rear LCD monitor has doubled in resolution (from 460k-dots) to a 920k-dot TFT LCD display, and it’s also possible to attach Panasonic’s optional LVF2 external electronic viewfinder (£200) should you want to compose your shots with the camera held to your eye. It’s worth bearing in mind that if you already own the LVF1, the accessory port is different, which means it won’t fit. Bah and indeed humbug.

Autofocus options extend to 1-Area, 23-Area or Face Detection AF modes, and all perform very well. The AF Tracking mode is much better suited to slow-moving subjects though, as it tends to struggle with faster-moving ones.

The Panasonic Lumix DMC-LX7 also offers a dedicated Macro mode for close-up photography, with a dedicated switch on the camera’s side. Thanks to the higher resolution LCD screen, shooting in manual mode is made much easier.

If we were to split hairs, then the rear monitor isn’t quite up to the same standard as the WhiteMagic display of the Sony RX100, or the AMOLED displays used by some Samsung models. That said, the inclusion of an electronic level is really useful – especially if you regularly shoot landscapes and want to keep everything straight.

Overall image quality is, as might be expected, very good. We found that the LX7’s metering module coped well under a range of lighting conditions, delivering pleasing exposures. Being picky, images do sometimes come out a little overexposed, although this is fairly negligible and can be easily corrected either with the EV compensation dial or in post-processing. 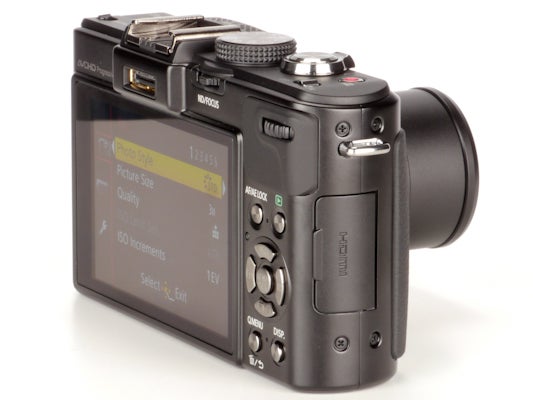 Given the LX7’s 10.1MP resolution, the LX7 delivers quite impressive levels of detail. The new lens is pleasingly sharp too, with minimal distortion at wideangle that’s pretty much unnoticeable in images. There’s a hint of purple fringing when the lens is opened right up, but stopping it down a step or two soon reduces this.

ISO performance is another area where the Panasonic Lumix DMC-LX7 generally impresses. Up to ISO 800 it produces clean images with no noticeable image noise. At ISO 1600 and above, image noise does become more pronounced with a loss of detail too, although colour saturation doesn’t tend to suffer. Ultimately, while the LX7 handles noise well for a camera of this type, it’s not quite as effective as the larger sensor of the Sony RX100. 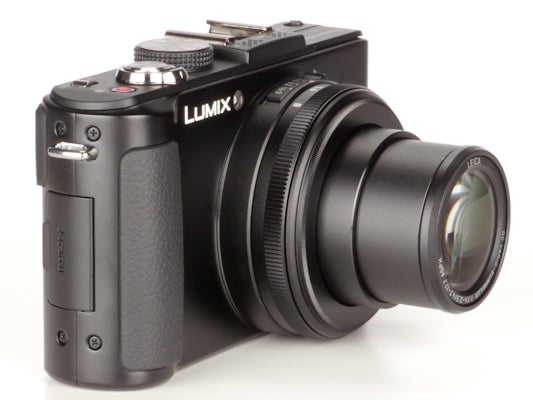 The Panasonic Lumix LX7 is a thoroughly likeable advanced compact. Overall build quality is high, and its metal-finish lends the camera an unmistakably premium feel. Controls are all easily to hand and the new aperture ring certainly enhances the overall user experience too.

While the decision to go with the slightly smaller 1/1.7in sensor puts the LX7 on the bottom rung of the advanced compact ladder in this regard, its super-fast f/1.4 lens just about makes up for this. Overall the LX7 is a consistent little camera that delivers solid performance in pretty much every area. It’s a polished and competent enthusiast compact camera that does more than enough to earn itself a coveted TrustedReviews Recommendation. 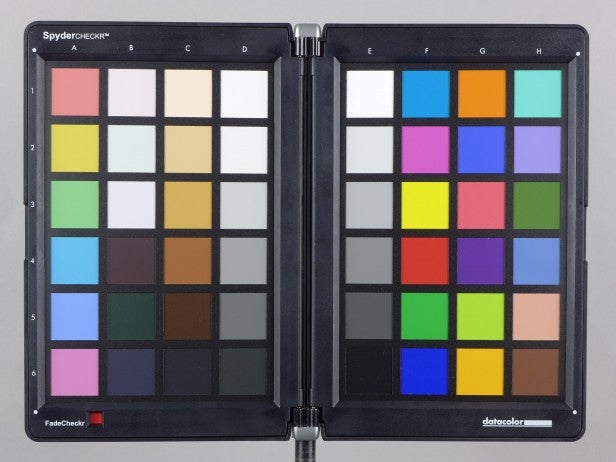 The full ISO test shot. Below are 100% crops of the same scene taken at ascending ISO values. 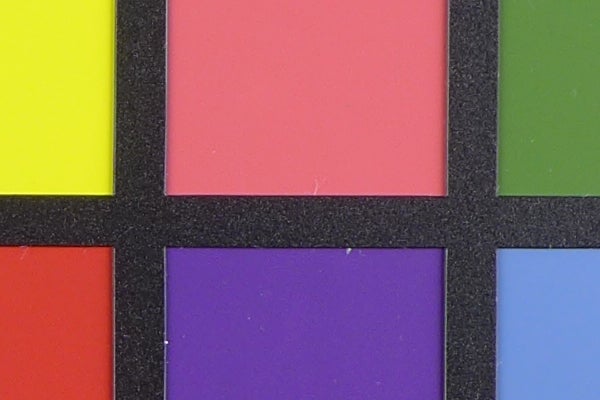 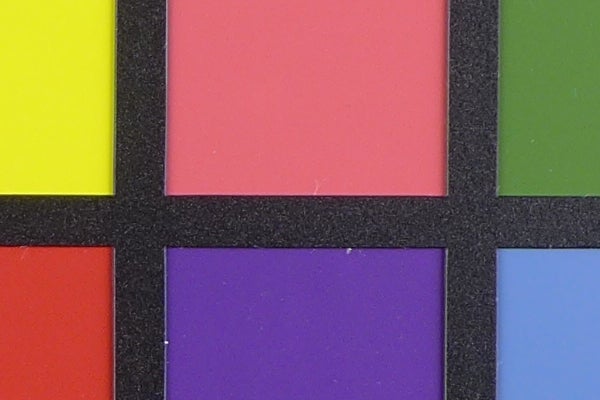 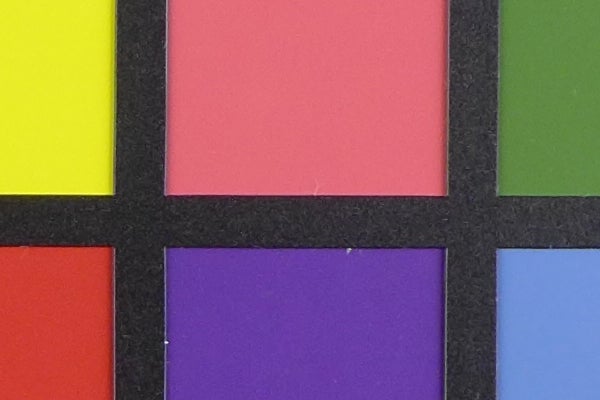 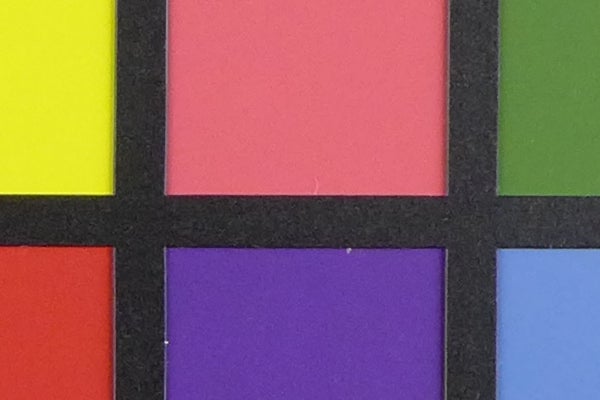 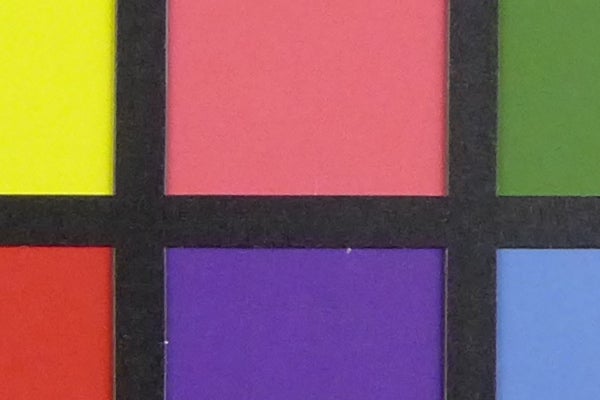 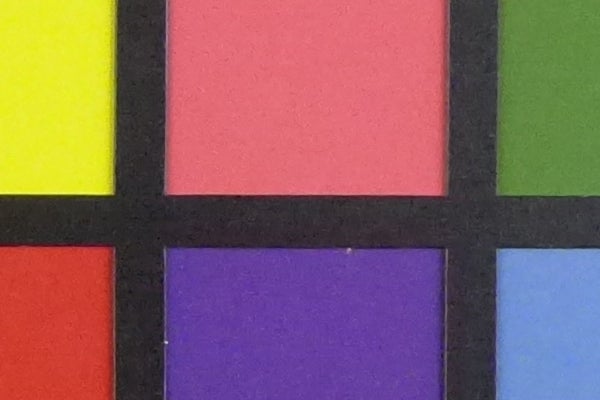 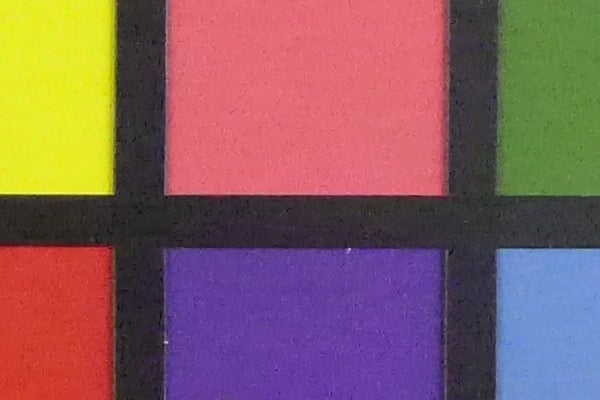 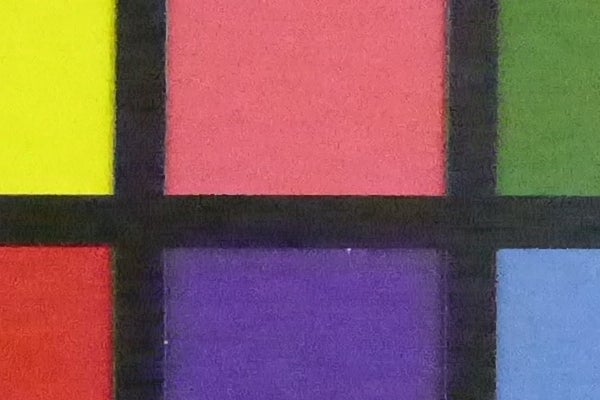 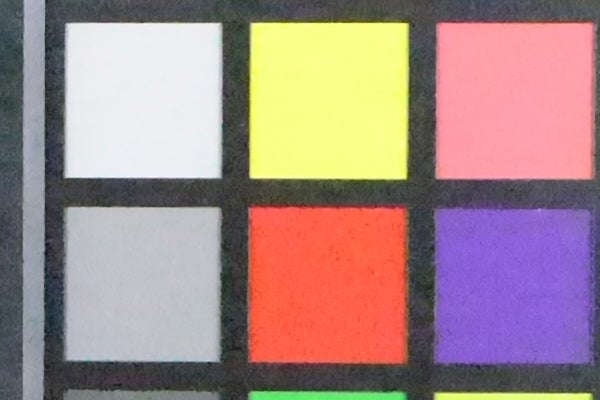 ISO 12,800 (extended). Note that the maximum resolution possible at this setting is 4MP. 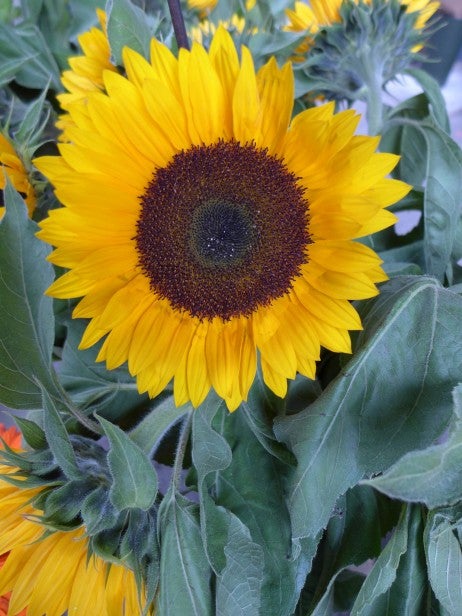 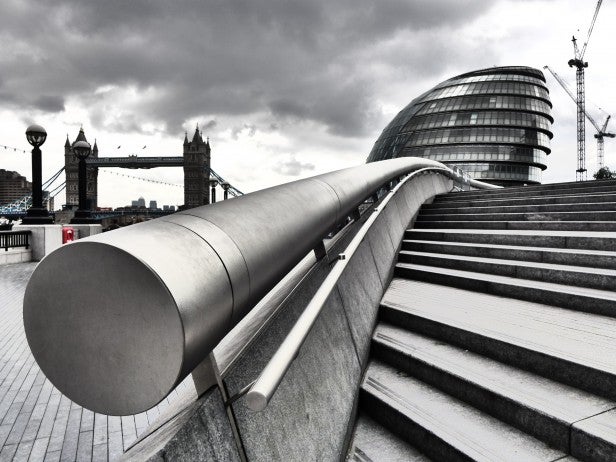 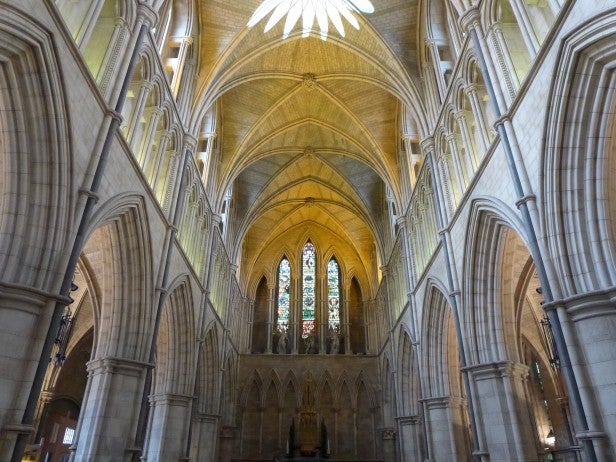 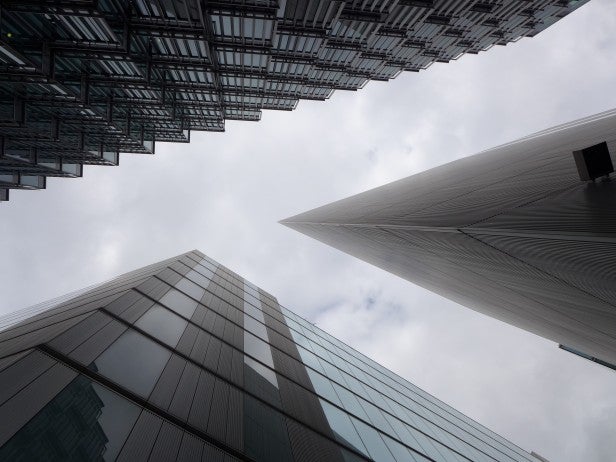 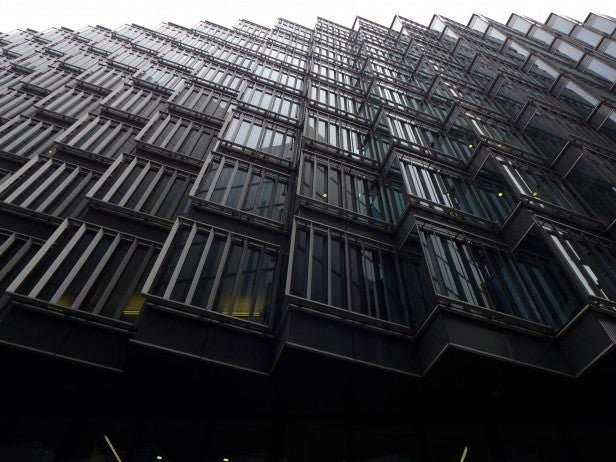