The Panasonic Lumix LX100 offers excellent shooting performance in terms of burst shooting, but we did find that it’s pretty slow to turn on. Start-up takes a good couple of seconds. It may not sound like a lot, but it’s enough to mean we missed a few quick-fire opportunities in our testing.

Once you get started, things brighten up. The LX100 shoots at up to 11fps, which drops down to a still-impressive 6.5fps when using autofocus while shooting. Canon’s rival G7 X only shoots at up to 6.5fps or 4.4fps with autofocus, which is a huge difference. 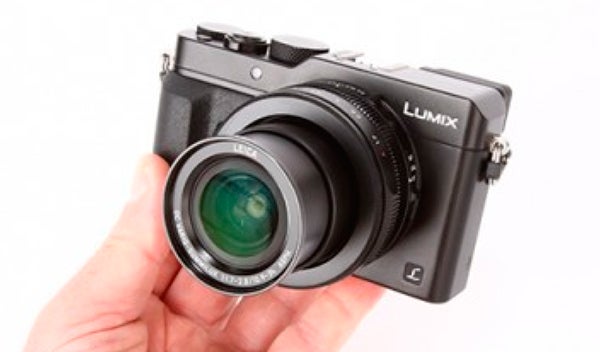 You can shoot for as long as your memory card can handle when capturing JPEGs, or the buffer allows for 24 RAW plus JPEG shots.

Solid shooting speed matched with good manual control make shooting with the Lumix LX100 a lot of fun if you’re not after a simple point-and-shoot camera.

Despite a few hitches with the EVF and rear display, the Panasonic Lumix LX100 is an utter joy to use for the most part. But do its images match up?

The camera arose a few suspicions when, despite having a 16.8-megapixel MFT sensor, the images it captures as standard are merely 12.8-megapixel ones. As no mode uses the full sensor, it’s slightly misguided to think of this as a true Micro Four Thirds camera. 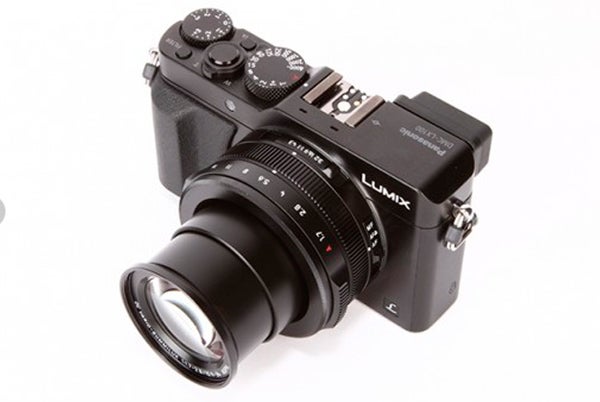 However, turn the tech pedantry switch off for a moment and you’ll be very happy, we think. Crucially, at the lowest ISO settings, we got slightly better dynamic range than the 1-inch-sensor cameras that the Lumix LX100 is up against. For those who haven’t read this review from the start, that’s primarily the Sony RX100 III and the Canon G7 X.

The LX100 offers up to 14.3EV dynamic range, which is a minor, but still notable, increase over the 14.2EV of the Canon. This is the sort of performance we’d normally expect from a good compact system camera, not a compact.

Dynamic range keeps up a solid 10EV at ISO 1600, and there’s very little noise up to ISO 800. Performance is well in excess of the compact camera norm.

At ISO 1600, we start to see some luminance noise creep into the Panasonic Lumix LX100’s images, with more shadow noise seen at ISO 3200 and 6400. We recommend sticking to ISO 200-6400 whenever possible, and settings as high as ISO 1600 can produce excellent results.

The LX100’s native ISO range is 200-25600, so there’s a way to go above ISO 6400, but we think ISO 12800 and 25600 are best saved for emergency purposes, as they’re very noisy. This is predictable, of course, with the only serious niggle being the residual colour noise at more ‘normal’ ISO settings.

Colour reproduction is mostly natural looking, with a slight blue-green emphasis that you can tweak in the Photo Style menu. 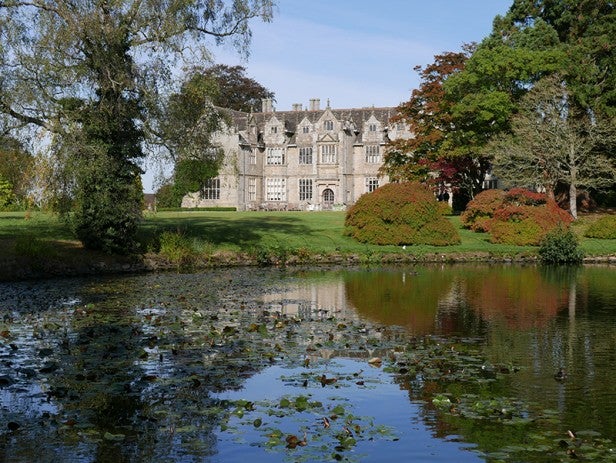 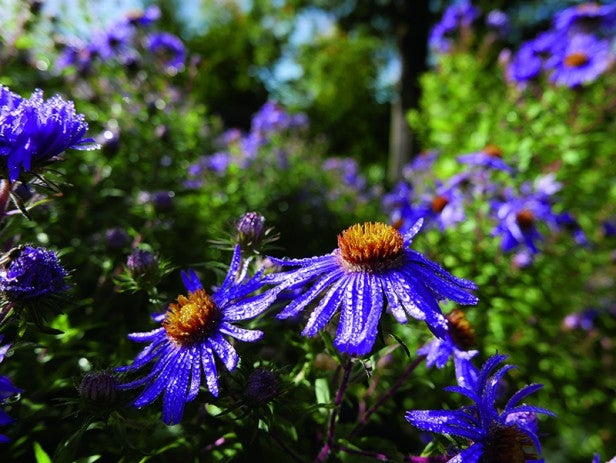 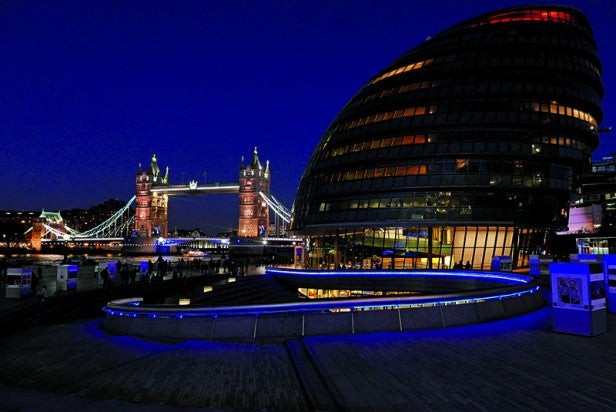 With a true resolution of 12.8 megapixels, the amount of fine detail captured is lower than the Sony RX100 III and Canon G7 X, but we never felt shortchanged. It’s only worth making this a major concern if you want to enlarge prints beyond A3.

There are some other, mostly minor, concerns. Highlights can suffer from purple flare, and the edges of images are a little soft when shooting at the widest apertures. However, we’d rather have the aperture to play with than make do with a lens not able to shoot as wide as f/1.7. 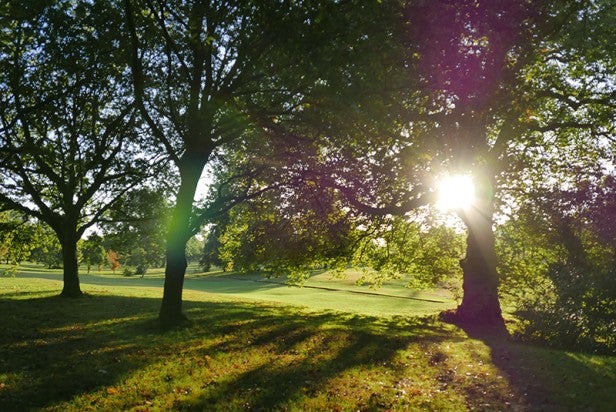 As well as offering wider maximum aperture than the competition, the Lumix LX100 also boasts 4K video capture, something still being left out of many of the latest cameras. Excellent video detail is further exploited by a 4K Photo mode that lets you extract 8-megapixel photos from 4K footage. It’s handy, especially for those one-off family get-togethers.

As impressive as it sounds, we still don’t think the Lumix LX100 will appeal to video enthusiasts in the same manner as the Panasonic GH4. Why? It doesn’t have an external mic input, meaning you’re limited to the built-in stereo mic. 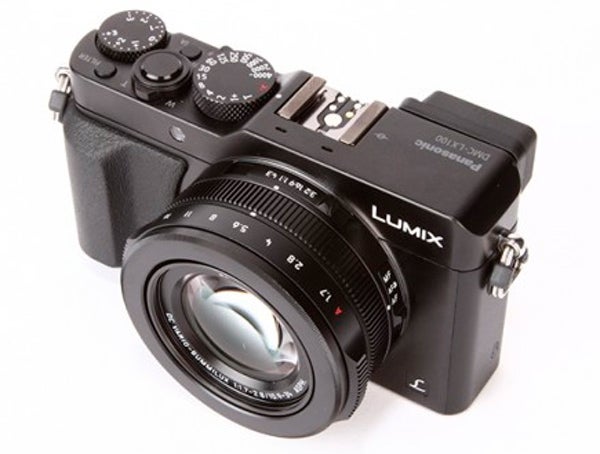 Should I buy the Panasonic Lumix LX100?

The Panasonic Lumix LX100 is a camera we’ve enjoyed using tremendously. Its combination of image quality, portability and intuitive manual control will be a dream come true for many of you.

We’re glad to see it offers something a little different from the Sony RX100 III and Canon G7 X, two other models vying to become the top ‘next-gen’ compact camera.

If old-school manual control is what you’re after, the Lumix LX100 is the best of the three. However, the others have benefits, too. The Canon is significantly cheaper, and both alternatives are smaller. The Panasonic is small, but not ‘carry it around in your jeans’ small.

Still, this is a design choice rather than a failing. And real failures are scant. Only the over-saturated EVF really disappoints, but that’s something you can work around once you understand its foibles.

The Panasonic Lumix LX100 is the new go-to compact camera for people who want to ‘go manual’ without trading portability.