What is the Panasonic Lumix LF1?

The Panasonic Lumix LF1 is the new star of the Lumix camera range, slotting in above the Panasonic Lumix LX7. Like the LX range, the LF1 offers Raw shooting and full manual control in a compact body, but it’s more compact and has a few key differences that set it apart – including the intriguing inclusion of an electronic viewfinder (EVF).

Can it match the level of performance of its LX-series sibling? Let’s take a closer look and find out. 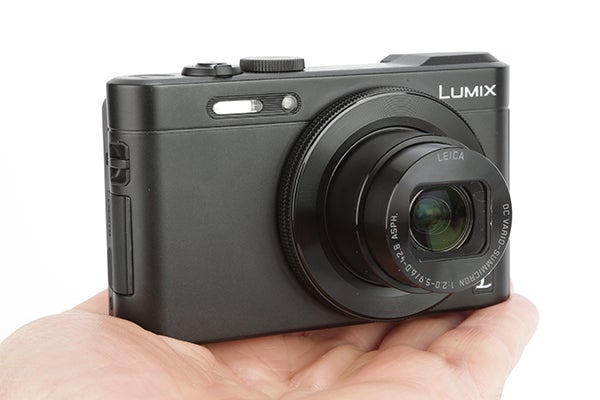 Although the proposition of the LF1 is similar to that of the LX7 and other LX models before it – namely to offer advanced shooting in a compact body – there are several noticeable differences in the way in which the LF1 approaches it.

The lens is supported by Panasonic’s Power O.I.S image stabilisation system, which should ensure that the shots captured at the tele end of the zoom feature the desired level of sharpness.

At the core of the Panasonic LF1 sits a 12.1MP, 1/1.7-inch Live MOS sensor; a unit that features an extra 2MP resolution in comparison to the LX7, but with the same sensor.

Talking of noise, the sensor features an ISO range of 80 – 6400 with an extended setting of 12,800 should the shooting conditions require it.

Any noise concerns are also allayed by the presence of a newly developed Venus Engine image processing unit that, Panasonic claims, implements the latest in noise reduction and edge smoothing technology. 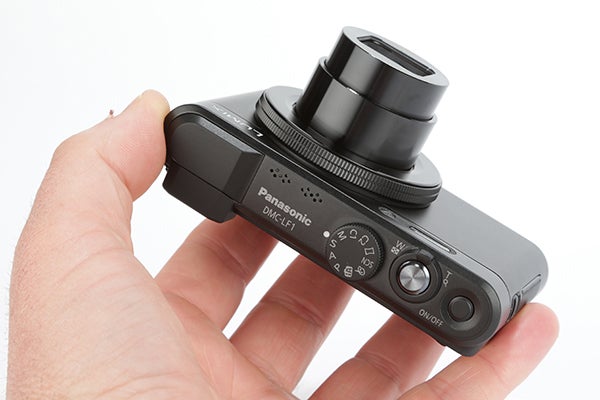 One of the key characteristics of the LX range is the advanced shooting capability of the camera, and this is something the LF1 has inherited. Alongside the compact’s iAuto shooting modes sits full PASM control over settings, while the model also supports Raw image capture.

The Panasonic LF1 also supports Full HD video capture at 1,920 x 1,080 in 50i and AVCHD format, as well as 25p in MP4 output, with the former of the two supporting in camera stereo sound capture.

One of the most interesting elements of the LF1’s specification – and one that marks it out from the LX range that has gone before it – is the presence of an electronic viewfinder (EVF).

A common complaint about advanced and enthusiast compacts is the lack of any kind of viewfinder, and as a result the presence of an EVF is bound to gain the LF1 admirers.

The unit on the LF1 measures in at 0.2-inches, features a resolution of 200k-dots and offers a 100% field of view. Although this isn’t the highest-specified EVF on the market, its mere presence is more than a lot of enthusiast compacts. 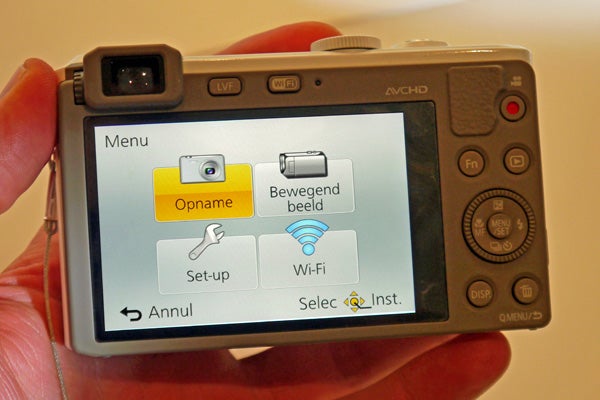 Complimenting the EVF is a 3-inch, 920k-dot TFT LCD screen that supports automatic brightness adjustment across 7 steps, although it is lacking in any kind of touchscreen functionality.

Completing the full specification is both Wi-Fi and NFC connectivity. These features allow for the simple transfer of images between the LF1 and either smartphone or tablet, while the Panasonic Image App allows for remote operation of the LF1 through either Android or iOS device.