Although the GH4 is a CSC by designation, it has more of a feel of a mid-range DSLR in the hand both in terms of design and build quality. It benefits from a large rubberised handgrip that’s the perfect size for those possessing slightly larger hands.

The GH4’s more advanced leanings are instantly evident when you consider the various controls located around the camera’s body. For example, some five customisable function buttons are spaced variously around the GH4, each of which can be designated to offer direct access to specific shooting functionality. 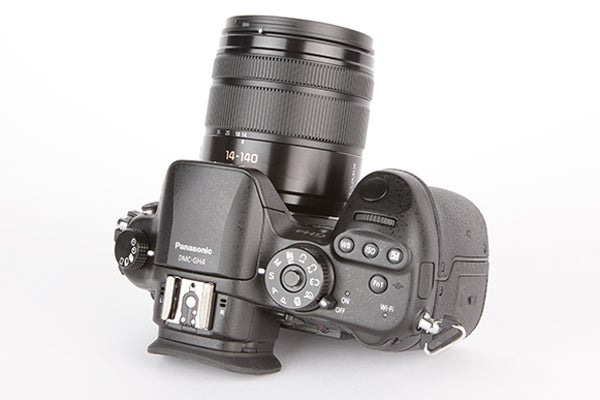 Although for advanced users the large number of customisable function buttons will no doubt prove welcome, it might prove a touch intimidating for intermediate users. This is even more pertinent when you consider the amount of dedicated buttons, switches and dials on hand outside of the ‘Fn’ buttons, for almost every shooting function you might require.

The end result is a camera which, while offering a welcome amount of one-touch access to shooting mode alterations, can feel a little cluttered.

There’s no denying the advanced nature of the camera, however, something which the rugged build quality certainly attests to. The body is comprised of a magnesium alloy shell which features both water and dust-resistant seals around every single joint, dial and button.

One final design touch that impresses is the quality of the finish on the GH4. While the GH3 had a matte finish, the GH4’s metal frame now features a speckled finish which adds a level of sophistication normally seen on more high-end DSLRs. 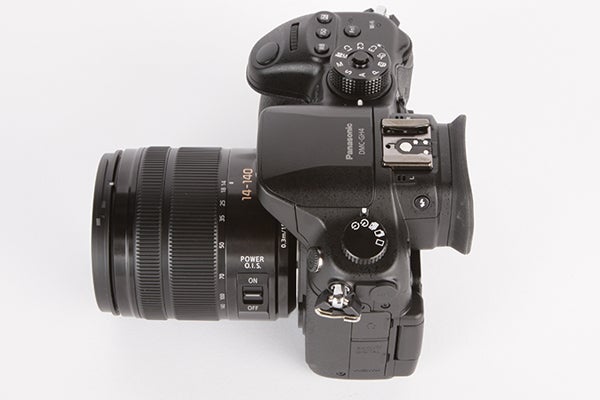 One of the more impressive areas of the GH4’s specification (outside of the 4K video capture) is the GH4’s AF claims.

The combination of the contrast AF system and ‘Depth from Defocus’ system offers focusing speed that Panasonic claims is around the 0.07 seconds mark. Now, such a speed is difficult to measure to the hundredth of a second without lab technology, but one thing’s for sure and that’s that the GH4 is no slouch in this department.

Perhaps the most impressive of these focusing modes is the custom AF setting. This allows for the size of the single AF area to be adjusted, as well as for up to four custom AF grids to be created and stored for simple access. The GH4 also benefits from the large touchscreen found on the rear of the camera which allows for touch-selection of focus points as well as touch shutter activation. 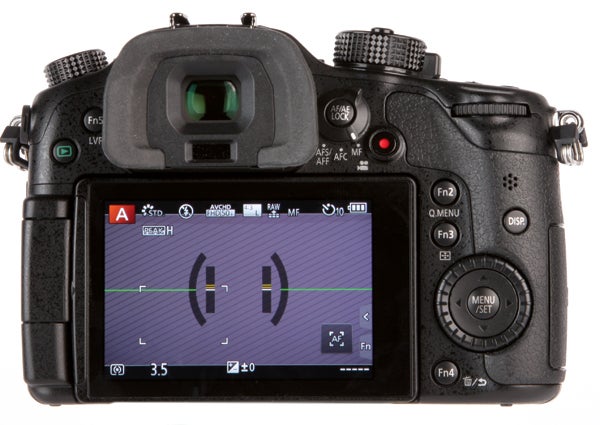 One part of the AF performance that doesn’t particularly impress is the tracking AF set-up. Although the GH4 generally finds focus quick enough, it doesn’t always maintain the focus, with this being particularly felt during burst mode shooting with continuous AF enabled.

The level of performance from the camera’s EVF, however, is also impressive. Lift the camera to your eye and you could almost be fooled that you’re looking through an optical viewfinder. In fact, thanks to the speedy refresh rate, real-time display of shooting setting adjustments as well as various shooting information, you could argue that the experience is preferred to a great deal of optical viewfinders.

The rear screen, meanwhile, also performs well. The vari-angle screen facilitates shooting at a range of angles – a feature which may prove welcome to videographers – while the fact that you can fold the screen flush to and facing the body will provide extra protection in difficult conditions.