What is the Panasonic Lumix GF7?

The Panasonic Lumix GF7 is a very accessible compact system camera. After the Panasonic GF6 tried to inject a bit of enthusiast appeal into this entry-level CSC series, the 16-megapixel GF7 has its eye on a more mainstream audience.

It’s much more stylish than its predecessor, has a selfie-friendly tilt screen and the £429 price isn’t too off-putting. However, it has strong competition from larger-sensor alternatives such as the Sony Alpha 5100. 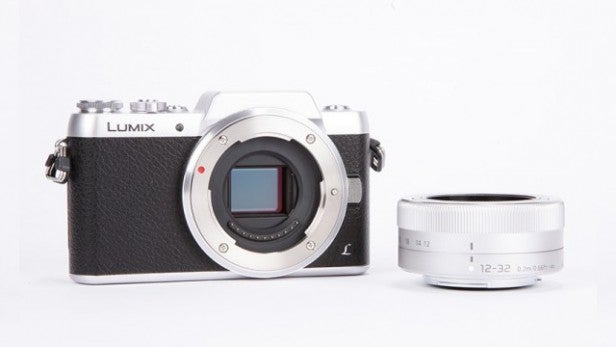 That has all changed over the last year, though. The Panasonic GM1 brought much-improved two-tone retro styling to the line-up, and with the GF7 it comes to the company’s more affordable models.

The top plate is silvery metal while the main part of the body and grip is either black or brown plastic with a leather effect. Elsewhere the GF7 is available in brighter colours too, including pink.

For an entry-level CSC, the Panasonic Lumix GF7 has reasonably high-end construction, but don’t go thinking it’s quite as fancy-feeling as something like the GM1, which originally sold for a couple of hundred pounds more. 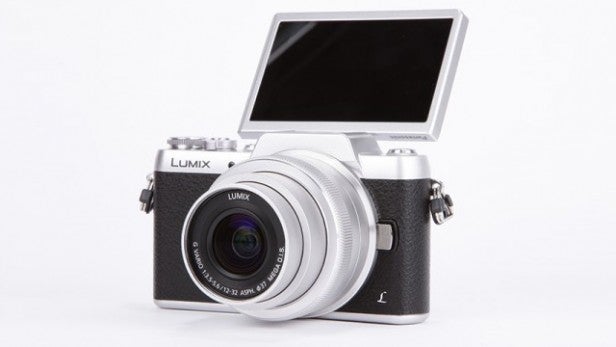 It’s made with a combination of metal and plastic, and some elements do feel a little plasticky. The buttons on the back are all plastic, for example.

This isn’t the best crack at the retro CSC style, either. The hump on the top plate spoils the look a little, don’t you think? This is what holds the Lumix GF7’s flash, which is pretty weak anyway. It’s less powerful than the one on the GF6, for example.

What the Panasonic Lumix GF7 does have down, though, is its dimensions. At 106.5 x 64.6 x 33.3mm this is much smaller than something like the Sony Alpha 5100, and not all that much larger than the tiny Panasonic GM1. 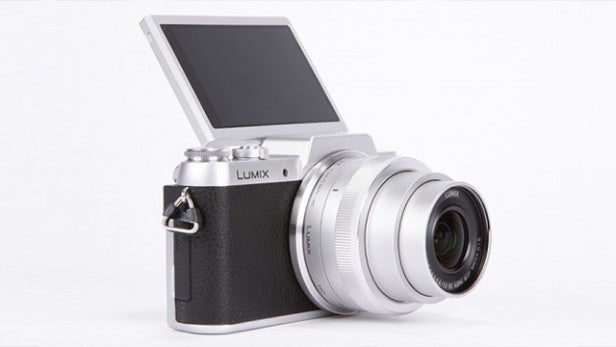 Being so small can often negatively impact manual controls, but the Panasonic Lumix GF7 does the best with what it has. The manual control dial by the D-pad controls on the back is a little small and fiddly, but at least it’s there, and a programmable function button on the top makes it pretty easy to get proper manual shooting without too much effort.

There’s also an Intelligent Auto button on the top plate too, making it easy to switch back to full auto in the heat of the moment if you’re still learning.

Perhaps the clearest sign the Lumia GF7 is out for a a very mainstream audience is how much focus it puts on selfies. Its screen flips all the way around to point at you while shooting yourself, avoiding having to shoot selfies blind: never fun.

This is not a fully articulated screen so only helps out for selfies and shooting below head level, but it’s a welcome feature. It’s also impressive to see how little bulk this has added to the Lumix GF7’s body. It’s a good 5mm skinnier than the GF6. 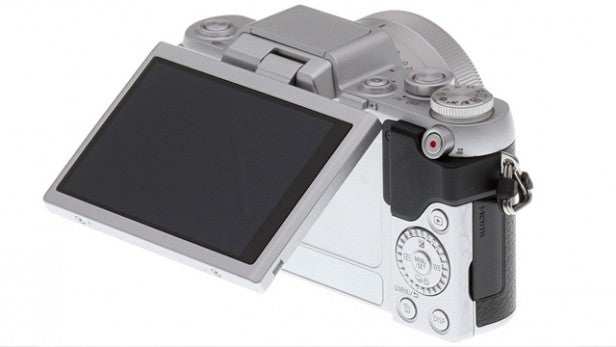 The 3-inch screen is of good quality, and the design of the hinge, built into the ‘hump’ on the top plate, gives it a nice bit of clearance from the GF7’s body.

There are even selfie-centric photo modes. You can make the Panasonic Lumix GF7 automatically take a photo when two people’s faces are moved close together in classic “look how happy we are” Facebook-able pose, or when a hand is waved in front of someone’s face. There’s also a face-slimming mode, something increasingly common in phones.

Rather annoyingly, these ever-so-fluffy modes work quite well.