What is the Panasonic Lumix G7?

The Panasonic Lumix G7 takes the classic G-series mid-range accessibility and bolts-on some of the higher-grade video skills of the Panasonic GH4. That camera brought 4K video shooting to thousands, this one lowers the entry price a bit.

You’re looking at £599 body-only for the G7, which is still hundreds of pounds cheaper than the Lumix GH4, if also around twice the current price of the trusty old Panasonic G6.

For the extra money you get improved performance, a new slightly more angular design and those 4K shooting abilities. However, stills image quality is not dramatically improved over the last model if you’re a G6 owner looking to upgrade. 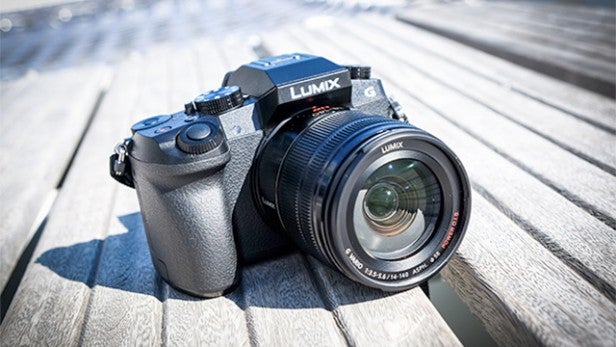 Panasonic doesn’t make the most style-obssesed compact system cameras, and the Panasonic Lumix G7 doesn’t change that. However, this year’s design is a little more angular, bringing a hint of the retro DSLR flavour that inspired ranges like Olympus’s OM-D series.

The key part of this is the pentaprism-style mound on top of the Lumix G7 top plate, holding the viewfinder. Of course, as it’s home to an OLED screen rather than an actual viewfinder mirror, it’s pretty much purely for show. Still, it’ll look quite nice to some eyes.

What’s more important is handling, and for pure comfort and grip the Panasonic Lumix G7 is a winner. The same curvy design that makes the G-series design that bit bigger than some Micro Four-Thirds CSCs ensures the camera feels secure, and fits the hand nicely. The rubberised grip snakes around from front to back, providing the friction we’re after. 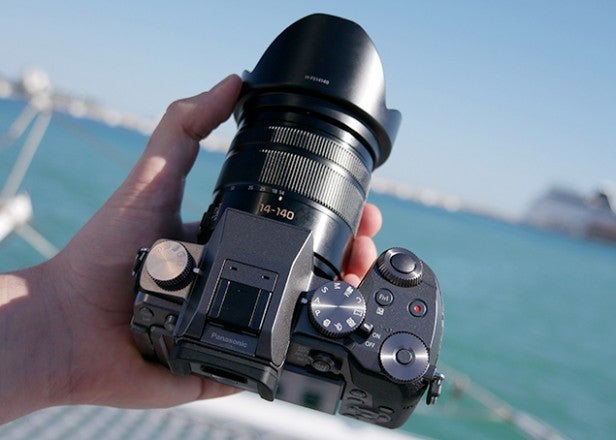 What the Lumix G7 isn’t, though, is all that expensive-feeling. It’s a mostly-plastic camera, including the top plate and control dials, giving it that cheaper vibe. This sort of construction isn’t uncommon in upper-entry-level cameras like this, but after checking out the similarly-priced magnesium alloy FujiFilm X-T10 recently it does seem unfortunately plasticky.

Where the construction might impact how you use the camera a bit is in the dials. As well as being made of plastic they don’t offer all that much feedback and are quite easy to turn accidentally. You’ll want to check they haven’t been moved in your camera bag before starting any serious shooting.

The Panasonic Lumix G7 does not feel like a camera for beginners, though. Anything but.

It features a grand total of 16 buttons, 4 dials and two stitches, giving you as much manual control as you like as well as plenty of scope to customise operation. Some may find this intimidating, although this is no snobby camera. 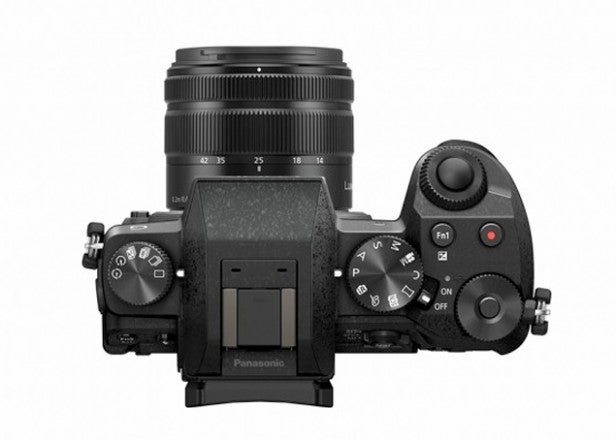 Take the screen as an example. It’s a 3-inch display that folds out on a side hinge, perfect for both video shooting and selfies. It’s also less prone to being obstructed by tripods than the now-popular flip-out screen style, which is also a bit less versatile.

The screen offers 1040k-dot resolution: nothing too staggering, but what we’d hope for. It’s a touchscreen too, and supports familiar gestures like pinch-to-zoom, speaking a similar language to your phone.

The viewfinder is actually more notable. It’s great. The Panasonic Lumix G7 gets the 2.36-million dot EVF used in the Panasonic GH4. It’s a great viewfinder, not slapping you in the face with obvious visual compromises as soon as you put your eye up to the thing.

It uses an eye sensor too, flicking the preview display over from the rear screen to the EVF as needed. 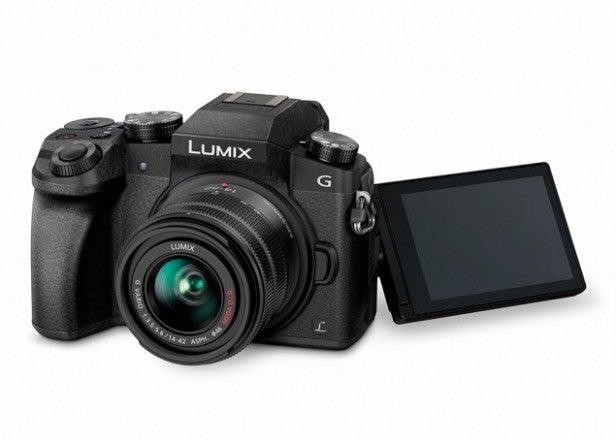 The Panasonic Lumix G7 connectivity works pretty well at this point too, even though it doesn’t pack in everything you might expect. You get Wi-Fi but not NFC, which is used to pair wireless devices without having to delve into menu systems or tap too many buttons.

Going manual with Wi-Fi isn’t too much of a pain, though, and the Panasonic Image App is fairly easy to use. It lets you transfer photos, share them to Facebook and other spots, and control the shutter and AF for remote shooting.

Next
Performance and AF Review