As has been the case previously with the G series of Panasonic Cameras, the Lumix G6 looks and feels like a DSLR, as opposed to the more ‘compact’ strand of CSCs. Despite this similarity, however, the G6 is still noticeably smaller than most DSLRs.

One of the features that hints at this DSLR-esque appearance is a pronounced and sculpted handgrip that allows for a solid and comfortable hold on the camera when shooting. 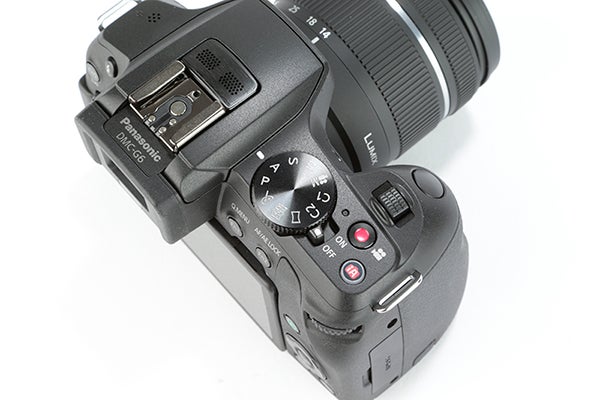 Although the Lumix G6 has a touchscreen, it’s not left wanting for physical controls. As well as buttons for ISO, AF, White Balance and Drive modes, the Panasonic Lumix G6 features five customisable ‘Fn’ buttons that users can assign a mode to from a selection of over 30.

Where the Panasonic Lumix G5 has an aluminium front panel, the G6 has instead reverted to matt plastic. Unfortunately this means the G6 lacks the same tactile and quality feel, and can feel a touch plasticky in certain areas.

As well as a command dial on the rear of the camera, there’s a function lever located behind the shutter button that offers control over other settings that you might wish to modify while shooting. 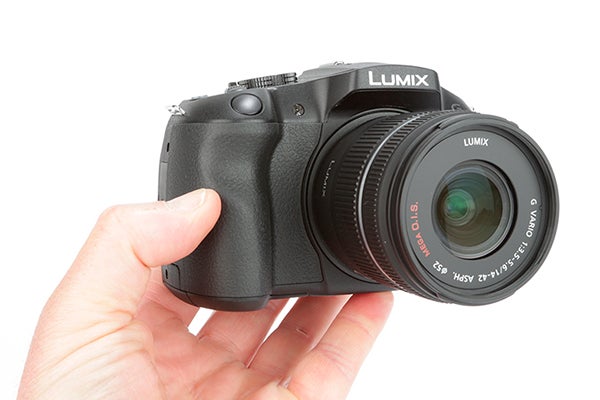 The Lumix G6, in general, offers a good level of performance. It’s fast. The headline continuous shooting speed of 7fps is generally attainable, although when shooting in Raw this is limited to just 8 frames before the buffers fills and the shooting slows. If you’re happy just shooting JPEG, this is extended to some 20 frames, which is in keeping with rival cameras.

As mentioned previously, the Lumix G6 has Panasonic’s Light Speed AF technology that promises some impressive focusing speeds. With the camera set to Single AF, focusing speeds are impressive, shifting between opposing ends of the focus scale in an instant. The only time it really struggles is in dimly lit shooting scenes.

One of the other focus settings is ‘1-Area AF’ – this allows you to choose between four preset sized focusing areas that can be placed anywhere around the frame using the touchscreen on the rear of the G6, and proves useful in a range of situation.

The Panasonic Lumix G6’s ‘Continuous AF’ and ‘AF Tracking’ settings offer varying levels of success, although so long as the subject isn’t moving too fast through the frame performance is acceptable.

One particularly impressive area of the Lumix G6’s performance is the LCD screen. The vari-angle construction means that it’s possible to shoot from almost any angle, as opposed to the restricted range seen in some other models.

A slight gripe with the screen is with the 3:2 aspect ratio. While this works well when capturing video, it’s out on sync with the sensor’s 4:3 native ratio, and as such it results in black space either side of the image when capturing stills. 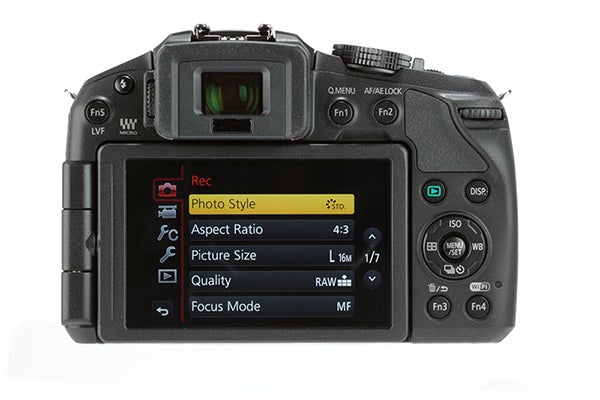 You’ll soon dismiss any misgivings with the aspect ratio, however, once you use the capacitive touchscreen. It’s particularly responsive, only requiring light touches to operate, while the range of behaviours required are instantly familiar to either smartphone or tablet users.

If the LCD screen isn’t to your liking and you instead favour a viewfinder, then you’ll be pleased to know that the EVF on the G6 performs well. The 100% coverage is welcome, refresh rates appear quick and in general it copes well in bright sunlight.

The EVF does on occasion struggle to match the dynamic range of the sensor, displaying burnt highlights when the detail is actually captured, although on the whole it performs well.

To fully utilise the wireless capabilities of the Lumix G6, you’ll have to install the Panasonic Image App on either your smartphone or tablet – Android and iOS supported. Once installed, the app is simple to get up and running and connected with the camera, and before you know it you can be controlling the camera and transferring images from it to your mobile device.