What is the Panasonic Lumix G6?

With the proliferation of Compact System Cameras (CSCs) currently on the market, it’s difficult to remember a time when the CSC wasn’t around. That time was 2008, and it was Panasonic that announced the very first model with the Panasonic Lumix G1.

The Panasonic Lumix G6 is several generations descended from the G1, yet it still maintains the key facets that have made the G series so popular and pioneering. The model isn’t a direct replacement for the Panasonic Lumix G5, instead serving as a new addition between the G5 and the Panasonic Lumix GH3. It is, in other words, Panasonic’s ‘mid-range’ option going up against most entry-level DSLRs, like the Canon EOS 100D and Nikon D5200. 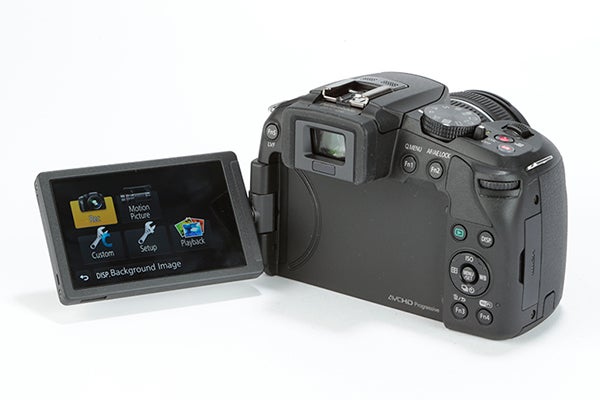 Although the Lumix G6 has the same resolution as its G5 stablemate, the sensor itself is in fact a different unit. The G6 features the same 16.05MP Live MOS found in the old Panasonic Lumix GH2, which is paired with an all-new version of Panasonic’s Venus Engine technology.

Another benefit of the Venus Engine is that the Panasonic Lumix G6 offers some impressive continuous shooting rates. A headline speed of 7fps is possible, although once focus tracking is engaged this drops to 5fps. It’s even possible to shoot at 40fps at reduced resolution with the model’s electronic shutter enabled.

The rear of the Lumix G6 houses an impressive LCD. The 3-inch screen packs in a resolution of 1040k-dots and has a capacitive touchscreen with the ability to register tap and swipe functions as well as multi-touch gestures.

The screen itself is of the vari-angle variety, so it can rotate around 180° from the body and then about 270° on a horizontal axis. 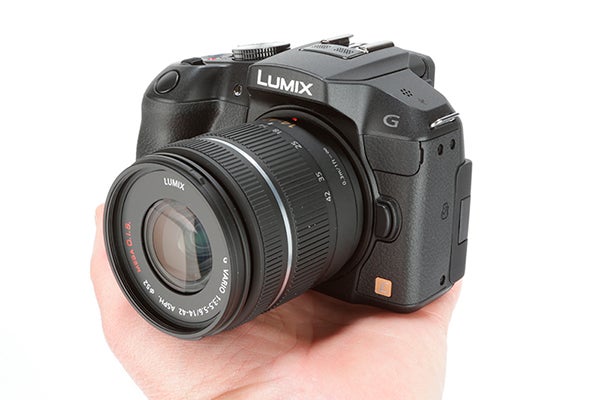 Above the model’s LCD screen sits an electronic viewfinder (EVF) – one of the by-products of dispensing with the mirror or pentaprism with a CSC is that a conventional viewfinder is no longer possible.

The good news is that the Lumix G6’s EVF features a 1.44m-dot resolution, offers 100% coverage and is composed of OLED technology, and as such is as rich and detailed as you’re likely to find.

One area where the G6 really excels is in the video capture department – something that comes of little surprise when you consider its GH2 sensor heritage. The G6 offers full manual capture at 1080p quality and at 24, 25 or 50p in AVCHD, or 25 and 50p in MP4 format.

There also the added benefit of a 3.5mm socket should you wish to connect an external microphone, although the G6 does have a built-in stereo microphone, too. 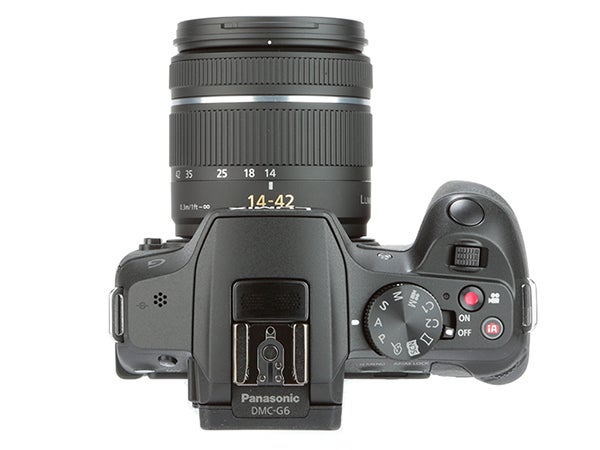 Amongst the headline new additions are Wi-Fi and NFC connectivity. These two technologies allow users to connect to the G6 using their smartphone or tablet to easily transfer or review images. You can also download the Panasonic Image App which allows you to control focus points, adjust exposure and capture images on either Smartphone or tablet.