Mirrorless system cameras are the new hot sector of the digital camera market. Panasonic’s mirrorless format is its G Micro system, based around the Micro Four Thirds sensor and lens mount jointly developed with Olympus. Panasonic launched the first camera in this new format in 2008, the critically acclaimed and deservedly popular Lumix G1, and followed it up in 2009 with the Lumix GH1, equipped with high-definition video and stereo audio, and the compact and lightweight Lumix GF1. These three models have sold very well, so naturally this has prompted the other manufacturers to launch their own mirrorless system camera formats. Olympus has already got two models available, the stylish Pen E-P1 and its successor the E-P2, both of which have sold well. Last week we took a look at Samsung’s entry into this market sector, the excellent NX10 using a larger APS-C sensor in combination with a smaller lens mount, and Sony has just announced its NEX system, the smallest mirrorless system camera so far, also using an APS size sensor.

Panasonic wants to hang on to its early market lead, so it has just launched the second generation of G Micro system cameras, the entry-level Lumix G10 and today’s review camera the new G2, which takes over as the flagship model of the range. In terms of overall specification it is only a fairly minor upgrade over the G1, but it does add several new features, including the must-have HD video recording, improved maximum sensitivity, Intelligent resolution technology and a fully articulated touch-screen monitor. It also comes with a new standard zoom kit lens, a very high quality 14-42mm f/3.5-f/5.6 image stabilised unit equivalent to 28-82mm. 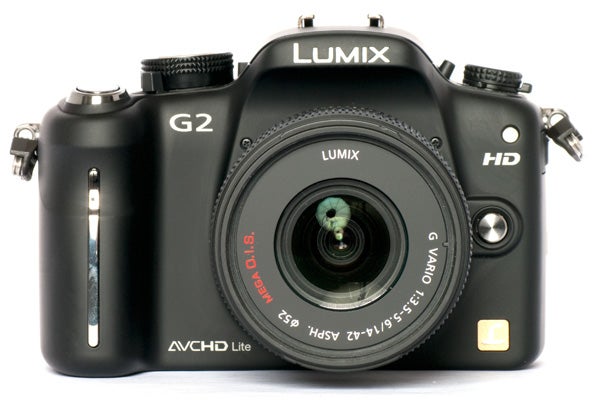 The G2 is quite an expensive piece of kit. It is currently selling on the high street for around £640 body-only, or £700 with the 14-42mm kit lens, although it is available for quite a bit less from some online retailers. This compares with around £490 for the kit price of the Samsung NX10, or around £480 for the 12.3MP Nikon D5000 with an 18-55mm VR lens, or £570 for the 15MP Canon EOS 500D kit. By pricing the G2 to compete with these highly regarded mid-range DSLRs Panasonic is taking a big chance, gambling that the appeal of the smaller Micro Four Thirds format will outweigh the advantage the full-size models have in specification and performance. 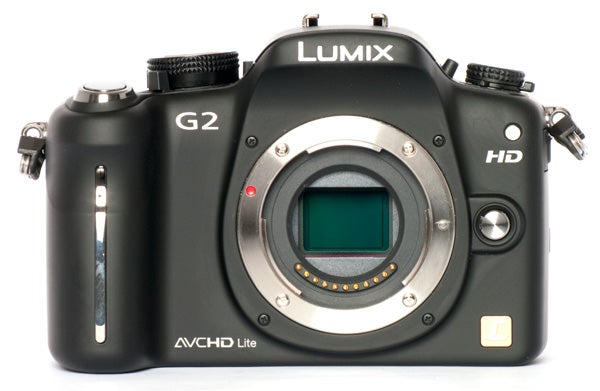 Externally the G2 is almost identical to the G1, with only a few minor detail changes. It has the same compact SLR-style body with a small but comfortable rubberised handgrip, pop-up flash and electronic viewfinder, and the build quality is every bit as good. The body is made of high-impact resin plastic, and is available in red, blue or the classic matt black seen here. The overall fit and finish is excellent, although the plastic plugs covering the various ports are surprisingly flimsy. One rather odd difference is the position of the SD card slot. On the G1 this was positioned beneath a metal-hinged hatch on the side of the camera, which is where you’d expect to find it on a digital SLR. However on the G2 the card slot has been moved into the battery compartment, which makes it very difficult to change the memory card when shooting on a tripod.

The control layout of the Lumix G2 is, not surprisingly, very similar to the G1, although there are a few minor differences. The single adjustment wheel has been moved from the front of the handgrip to a more accessible position on the back above the thumb rest. The AF mode dial on the top left panel now has an extra layer with a side switch to select between focus point options, a function previously assigned to the menu. The Quick Menu and Film Mode buttons have been relocated to the back of the camera to make room for two new buttons on the top, a dedicated button to start video recording, and an illuminated button to activate the Intelligent Auto mode. 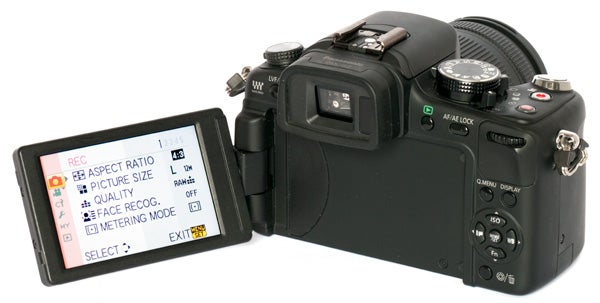 The most significant change to the control interface is the addition of the touch-screen interface. This doesn’t replace the conventional D-pad and menu system, but rather provides an alternative to it, as well as a few special features of its own. These include a touch-focus system, whereby the focus point is selected by the user touching the screen, and a unique Touch Shutter, which takes the touch-focus one step further, also activating the shutter when the screen is tapped. The touch-screen interface is well designed and easy to use, and is actually quicker for some functions, but it’s hard to see it as much more than a gimmick. 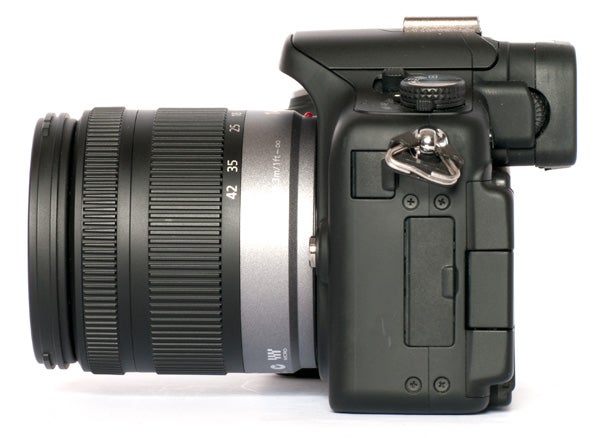 Apart from its touch-screen duties the monitor is much like the one on the Lumix G1, a three-inch TFT LCD screen with a resolution of 460,000 dots, fully articulated and able to flip back against the camera body for protection. As usual with Panasonic monitors it has excellent brightness, contrast and refresh rate, and an exceptionally wide angle of view. It also has a good anti-glare finish and works well in daylight. The electronic viewfinder is also the same as the G1, a superb field-sequential LCD with an ultra-high resolution of 1.44 million dots. It is sharp enough for accurate manual focusing, and in manual focus mode it automatically magnifies for even better precision.


The G2’s video recording mode is good, although not quite up to the standard of the video-dedicated GH1. It can shoot at a maximum resolution of 1280 x 720 at 60 interlaced frames per second (sensor output is 30fps). Audio is recoded in mono via a built-in microphone, but it does have the option to record in stereo via an external microphone, which shares its jack socket with the optional cable remote. Video is recorded in either QuickTime motion JPEG or in the superior AVCHD Lite format, with maximum recording time of 100 minutes. 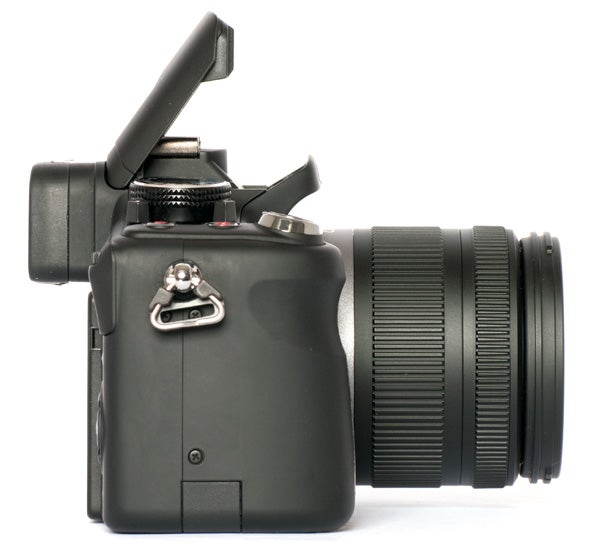 Other useful features include the Film Mode setting, a selection of tone pre-sets which can be individually customised for contrast, saturation, sharpness and noise reduction. The G2 also features Panasonic’s Intelligent Resolution technology, which applies automatic sharpening and edge enhancement to images, and is included in the Intelligent Auto mode.

Along with most of its features the Lumix G2 also inherits the G1’s excellent performance, and even improves on it in some respects. It can start up and take a picture in about half a second, which is comfortably into DSLR territory, while its shot-to-shot time in JPEG single shot mode is approximately 0.8 seconds, while in Raw + JPEG mode it can shoot at the same rate but only for four frames. In continuous shooting mode it can maintain 2.5fps, which is actually slightly slower than the G1. 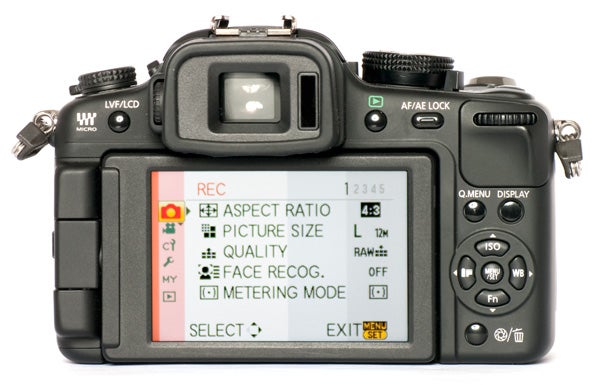 The G2 has the same contrast detection AF system as the G1, and it is still exceptionally quick and performs well in most lighting conditions. Shooting in very low light is helped by a good bright AF assist lamp with a range of approximately four metres.


Comparing the image quality results with the G1, there doesn’t appear to have been any dramatic improvement. Noise control is still very good up to 400 ISO, but there is visible noise at 800 and a sudden drop-off in quality at 1600 ISO. The improved 6400 ISO maximum sensitivity is pretty poor and only for use in extreme circumstances.


Colour reproduction in JPEG mode and the Standard film type is a little over-saturated, but the dynamic range and level of fine detail are comparable with a 12MP DSLR. Unfortunately at this price level it has to compete with cameras that have 15 or 18 megapixel APS-C sensors, and even in Raw mode it struggles to keep up. Compare the test shots with those from comparably priced DSLRs such as the Nikon D5000 or the Canon EOS 500D and it’s pretty obvious that the full-size cameras have a noticeable advantage in image quality. 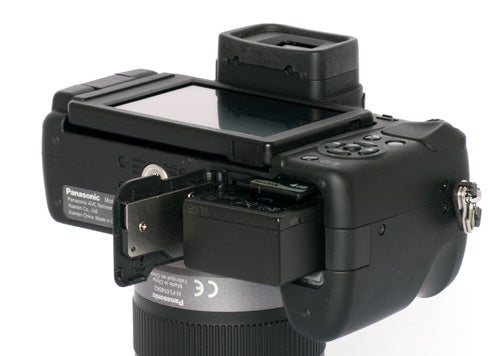 One major highlight however is the new 14-42mm kit lens, which is a distinct improvement on the older 14-45mm lens sold with the Lumix G1. The new lens has superb corner-to-corner sharpness with no visible chromatic aberration or wide-angle distortion. If you’re thinking of upgrading to a G2 it’s probably worth trading in your old lens for this new one, it’s that good.

The Panasonic Lumix G2 is only an incremental upgrade from the original G1, but most of the changes are for the better. The touch-screen is, as always, just a gimmick, but the video mode is good. Build quality, performance and image quality are all still of a very high standard, but you can get better results from a full-size DSLR of the same price.

”Over the next few pages we show a range of test shots. On this page the full size image at the minimum and maximum ISO settings have been reduced to let you see the full image, and a series of full resolution crops have taken from original images at a range of ISO settings to show the overall image quality. These pictures were taken indoors using high intensity tungsten light. ” 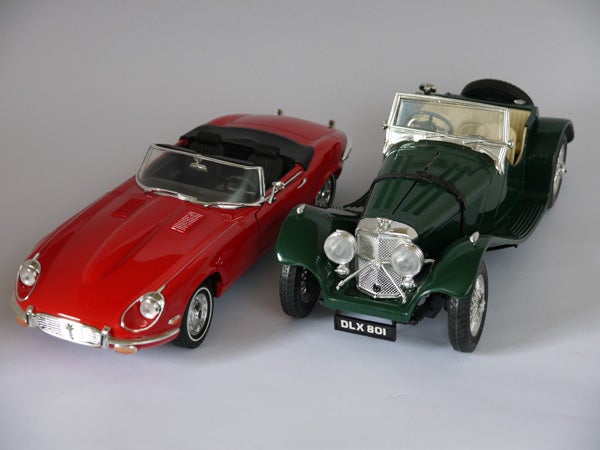 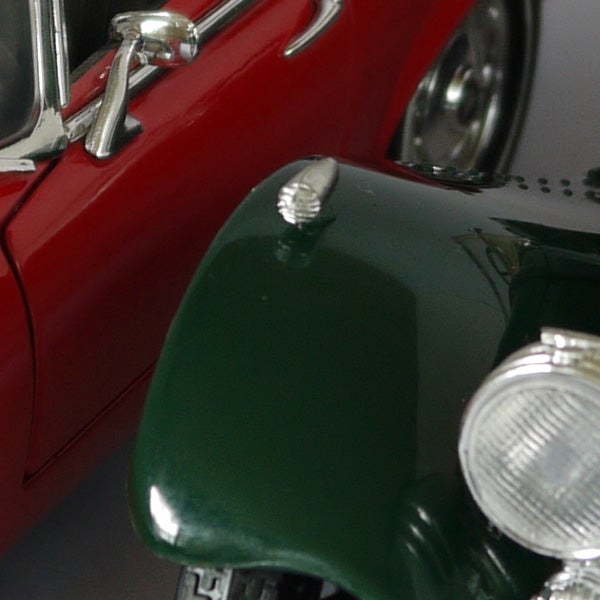 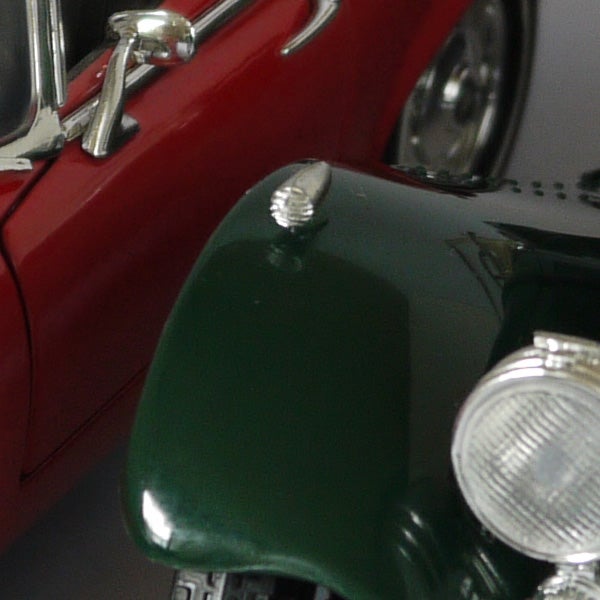 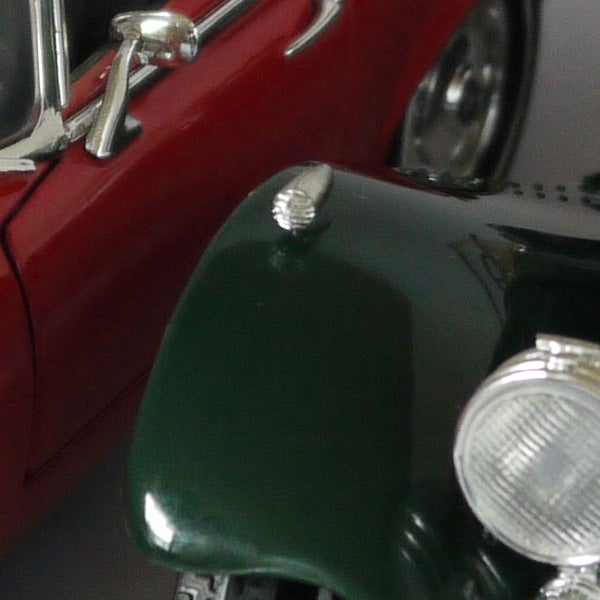 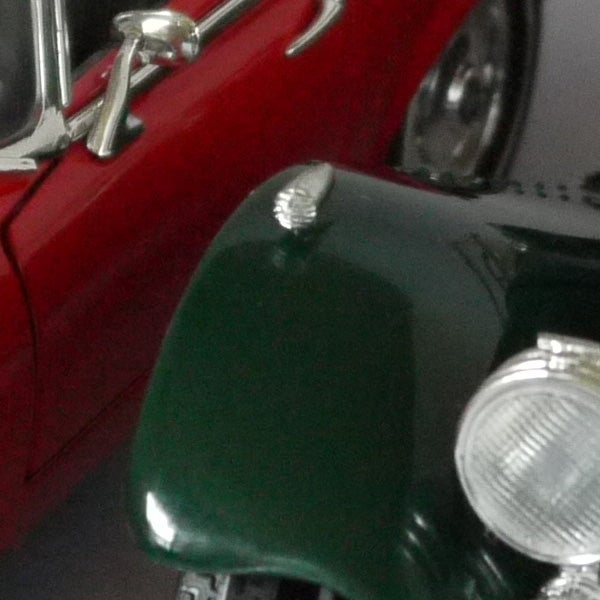 The colour gradient on the red car has broken down at 800 ISO. 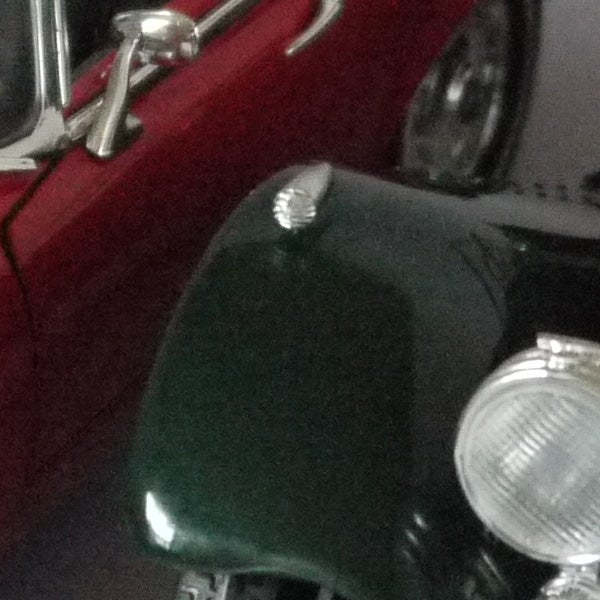 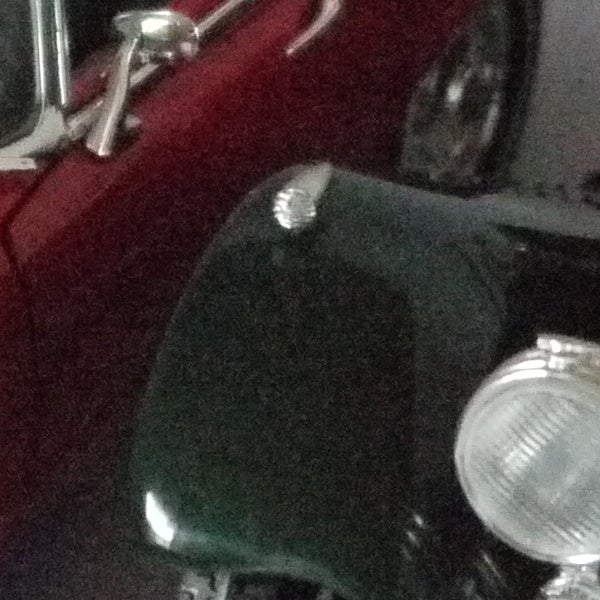 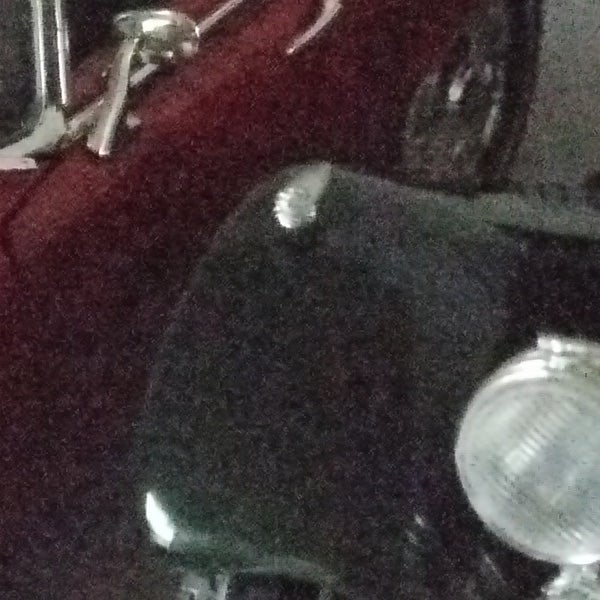 Image quality at 6400 ISO is pretty much unusable. 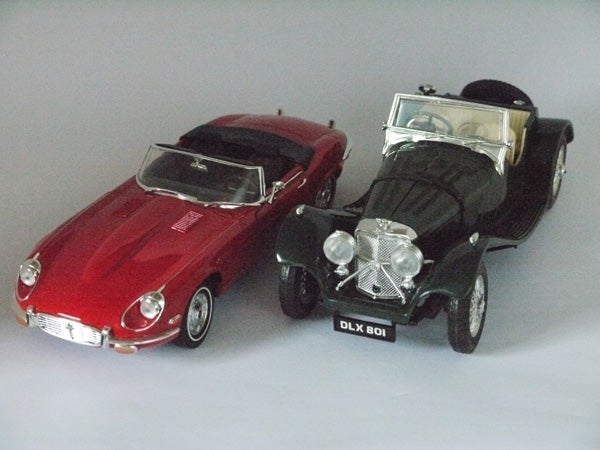 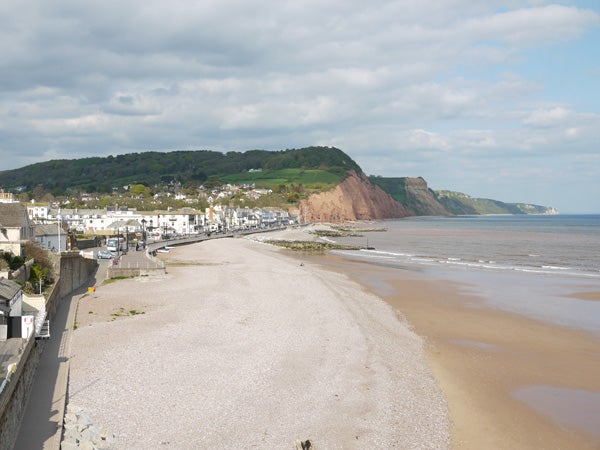 Here’s my usual DSLR test shot of Sidmouth seafront for comparison with other cameras. Click on the image to download a full-size version, but be aware that the file is 6.4MB. 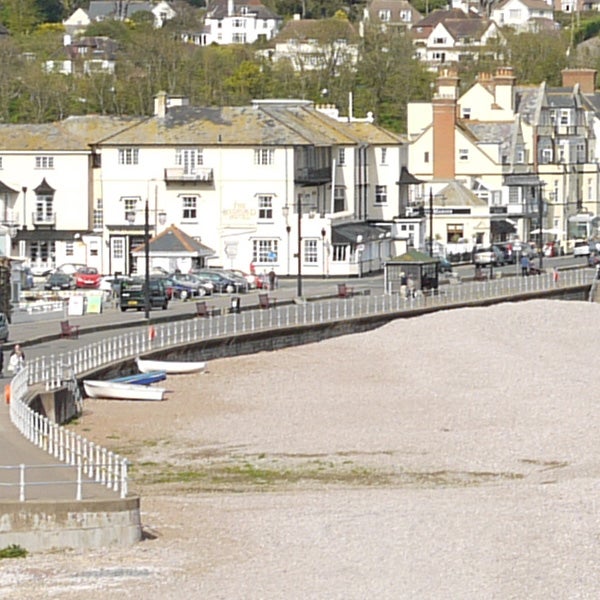 Compare the level of detail with the Samsung NX10, or the Canon EOS 550D, which is about the same price. It’s also worth noting that this shot is slightly over exposed. 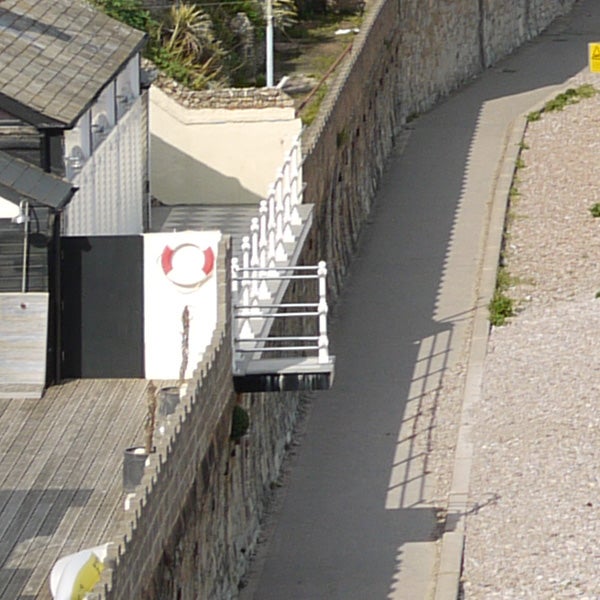 The optical quality of the new 14-42mm kit lens is excellent, with no chromatic aberration. 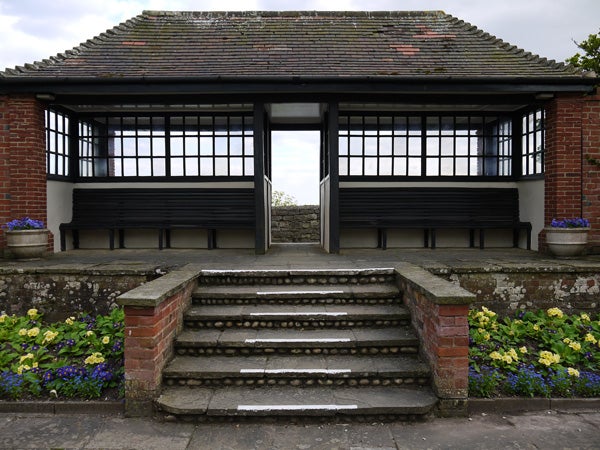 The lens produces no wide-angle distortion. 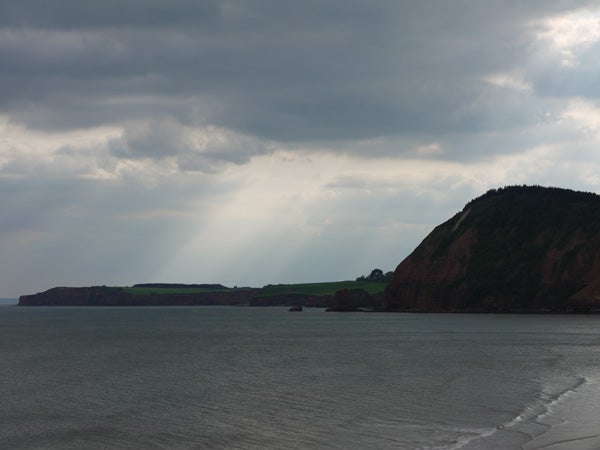 Dynamic range is good, and metering is accurate, at least in this shot. 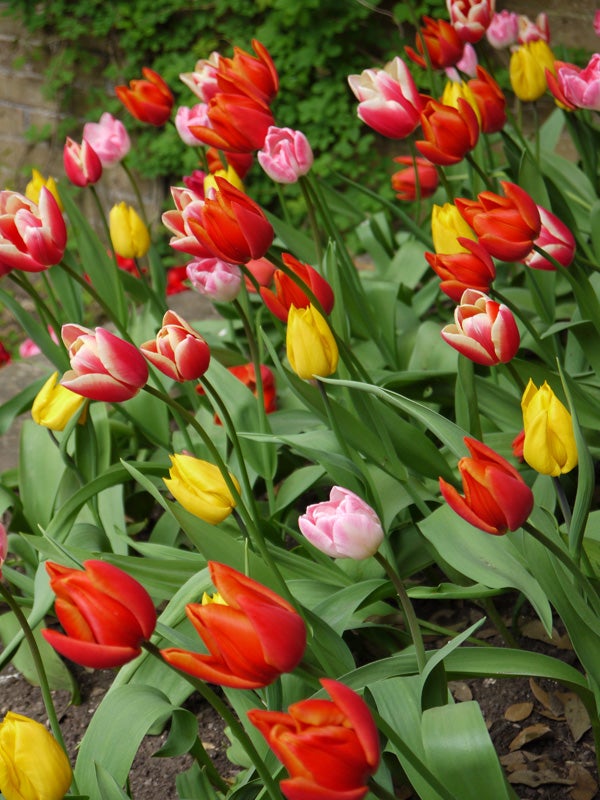 Compare this shot with the identical one from the Samsung NX10 review. Colour rendition looks a little unnatural. 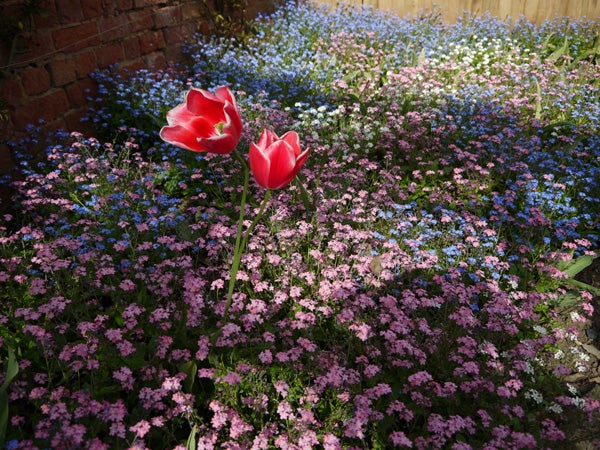 The touch-focus feature makes it easy to frame for off-centre subjects. 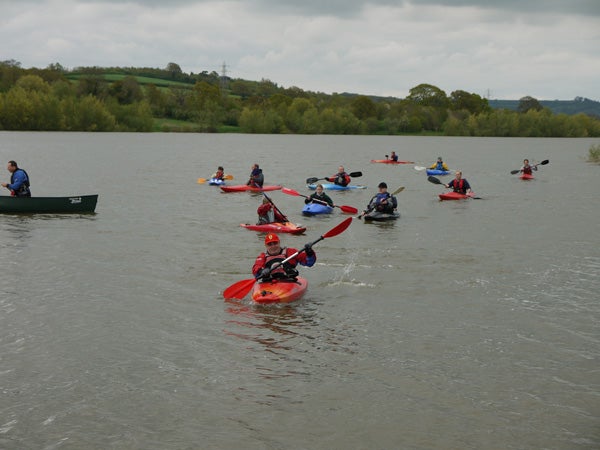 The fast AF system is good for capturing moving subjects. 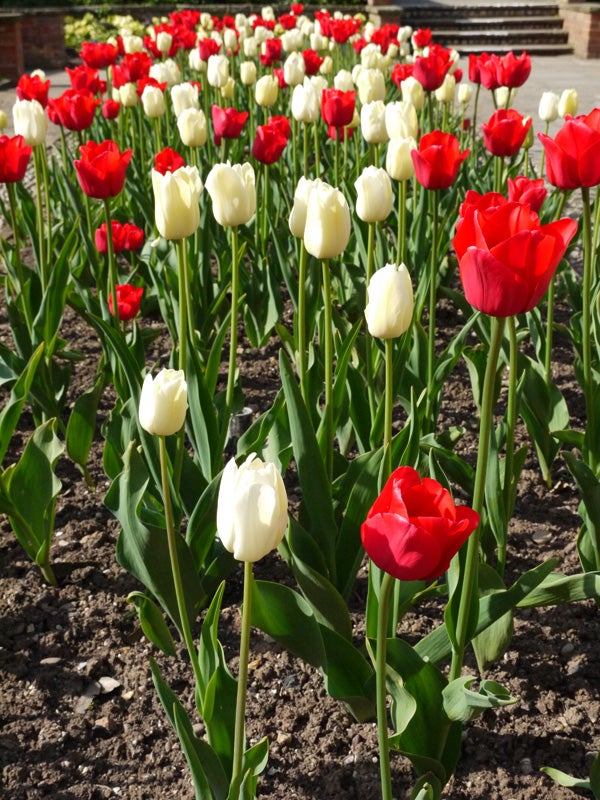