Back in April I reviewed the Lumix DMC-TZ4, Panasonic’s then-new 8.1-megapixel, 10x zoom travel camera, and I stated at the time that I also hoped to get its more powerful sibling the TZ5 in for review soon after. Well it’s taken a little longer than I’d hoped, but I’ve finally got one in, and I have to say, it’s been worth the wait. 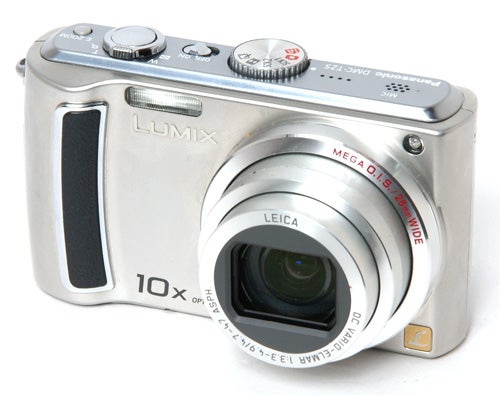 At first glance, the TZ5 seems like a bit of an anachronism. In a camera market dominated by ever smaller and more complex ultra-compacts, the TZ5 is quite large and heavy, measuring 103.3 x 59.3 x 36.5mm and weighing a substantial 240g including battery and memory card, close to twice the weight and thickness of a typical ultra-compact. However that weight and bulk translates into robust build quality and excellent handling, both useful features on a camera advertised as the ideal travelling accessory. The body is made from stainless steel and aluminium, and has a comfortable handgrip with a textured plastic pad on the front, and a large secure thumbgrip on the back. Although it’s not the most attractive or stylish camera around, it has the rugged charm of a well-made and functional tool. 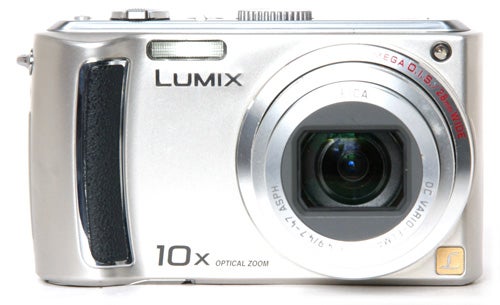 There aren’t many cameras on the market with which to compare the TZ5. The closest matches are the 8-megapixel Canon PowerShot SX100 IS (£150) or the 10-megapixel Ricoh R8 (£240). Currently selling for anywhere between £180 and £220 the TZ5 falls between these two rivals on both price and specification. In fact the closest competitor is its own stablemate the TZ4, currently selling for around £150, but the TZ5’s larger 3.0-inch monitor and the extra megapixel of resolution are big selling points.

The TZ5 is really a pretty simple camera, designed to be quick and easy to use. It has no manual exposure options, and only three main shooting modes with a correspondingly simple control layout. Main mode selection is via the control dial on the top plate, offering a normal program auto mode, two scene mode settings so you can quickly switch between different shooting conditions, and the Intelligent Auto mode in which the camera automatically selects the appropriate scene mode, ISO setting and exposure mode. As well as these there is the Clipboard mode, which shoots a low-res 2MP picture and saves it to the camera’s internal memory. According to the manual this is intended for taking photos of maps and timetables, but why this needs a special separate function is a mystery to me. 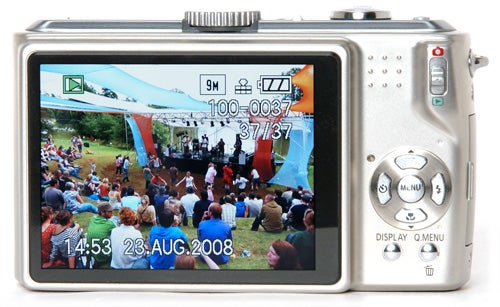 Frequently used shooting adjustments, such as ISO setting, drive mode, white balance, exposure mode and picture quality can be quickly set using a simple on-screen live menu. Most of these can also be adjusted via the extremely comprehensive main menu, along with the usual basic set-up functions.


The zoom action is especially nice. It is controlled by a rotary bezel around the shutter button, and is not stepped. The control has a two-speed action; move the bezel a little and the zoom moves slowly, move it further and the zoom moves faster. This makes accurate framing both quick and accurate, and it is a pleasure to use.


One unusual feature that might come in handy is the travel date and location setting. Before you go on holiday you can enter your travel dates and location using a simple text entry interface, and this is recorded along with your pictures, so when you display your photos on the monitor or the supplied PhotoFunStudio software they appear with a superimposed caption, such as “Paris, France, 3rd day”, which can optionally be added to the picture as a text stamp. When you’re not on holiday, a similar function in the Baby and Pet scene mode allows you to add the child or pet’s name and age to your photos. 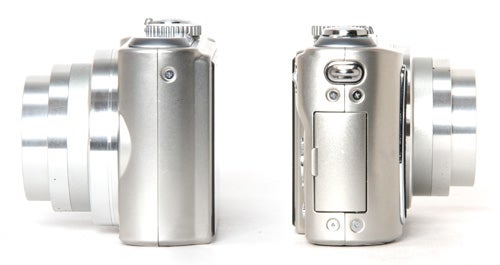 The TZ5 has a good video mode, capable of shooting at up to 1280 x 720 pixel resolution at 30fps. The camera has a component video output socket so you can view your movies on a HD TV in superior quality, although the cable required to connect it is an optional extra.


The camera’s LCD monitor is exceptionally sharp; in fact with a resolution of 460,800 dots it is around twice as sharp as most other camera monitors, including the one on the TZ4. It is also nice and bright, and I had no trouble using it in bright daylight. The angle of view isn’t too great but it has a high-angle setting which helps if you need to shoot over a crowd.

The TZ5’s performance is very good. It starts up in approximately two and half seconds and shuts down again in just under two seconds. In single-shot mode and maximum image quality the shot-to-shot time is approximately 1.8 seconds, which is respectable, but in unlimited continuous mode it can shoot at nearly two frames a second and appears to maintain focus, which is very fast. It also has a three-shot burst mode which is slightly faster, at just under 3fps. 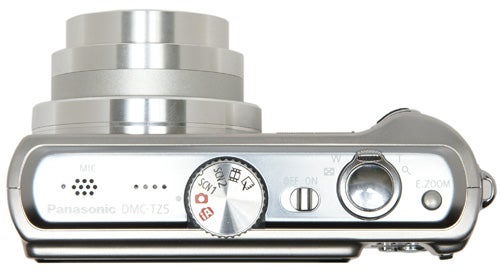 The TZ5 has multiple autofocus modes, including nine-zone wide, single and three-zone high speed, single zone normal, centre spot and face detection. It is respectably fast in all modes, and its low-light performance is excellent, focusing quickly and accurately in all light conditions. It has one of the best AF assist lamps I’ve seen, enabling it to focus in complete darkness at a distance of around four metres, even with relatively low contrast targets.


For battery duration, Panasonic claims 300 shots on a full charge from its 1000mAh Lithium-ion cell, but in fact this may be slightly conservative. I took around 200 shots with it over the course of several days, many of them with the flash, and it was still reading two out of three bars when I’d finished.


Panasonic’s recent cameras have shown significant improvement in image quality, and the TZ5 continues this trend, although image noise is still something of a problem at higher ISO settings. There is a noise-like pattern visible in darker areas even at 100 ISO, although this may be an artefact of the image processing. Oddly shots at 200 ISO actually appear slightly cleaner, but the noise reduction kicks in at 400 ISO and fine detail begins to deteriorate. At 800 ISO the image looks like it’s been blurred and re-sharpened a few times, and at the maximum 1600 ISO colour reproduction is very poor and the image quality is very poor. 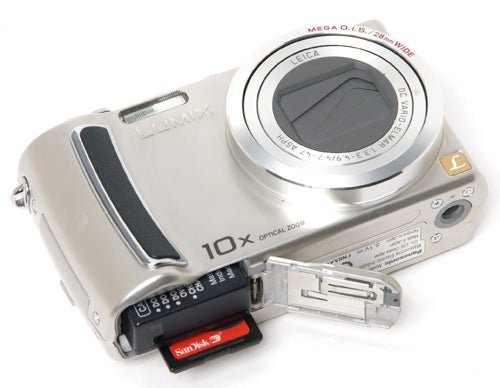 However as long as you stay under 400 ISO the TZ5 is capable of producing excellent shots, with good colour, above average dynamic range and plenty of fine detail. The Leica-branded lens is as good as ever, with superb sharpness right across the frame and producing no distortion at any focal length, which is a remarkable achievement in such a compact lens system.

Over the week that I’ve been using the Panasonic TZ5 I have come to really like it, and will miss it when I have to give it back. It is a well designed and solidly made camera which is tough enough to survive quite a bit of rough treatment. It handles superbly, performs exceptionally well and is a genuine pleasure to use. Apart from its zoom range it’s a bit limited in terms of creative features, but has a good range of automatic functions that produce good quality pictures in almost any situation. It is quite expensive, but it is a product of real quality and as a general purpose snapshot camera it is hard to beat. 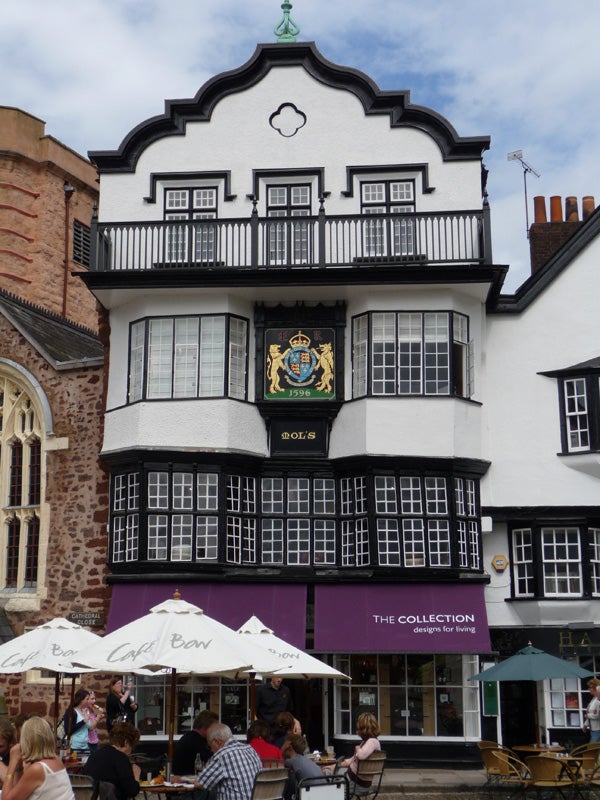 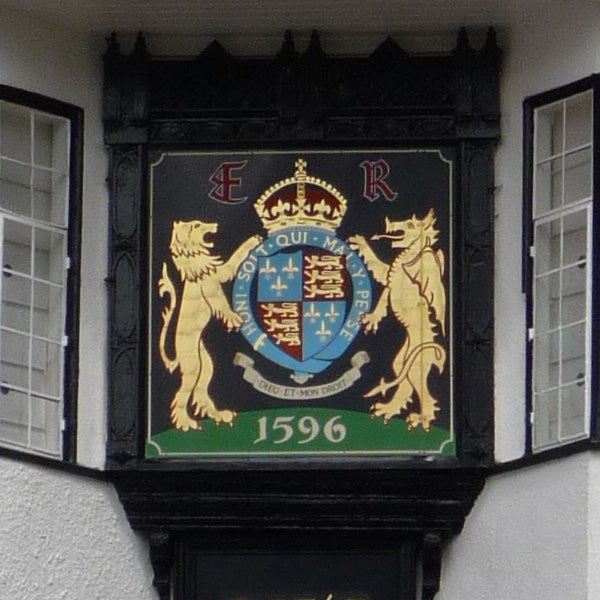 There are some artefacts visible in the darker areas at 100 ISO, but they may be caused by image processing rather than sensor noise. 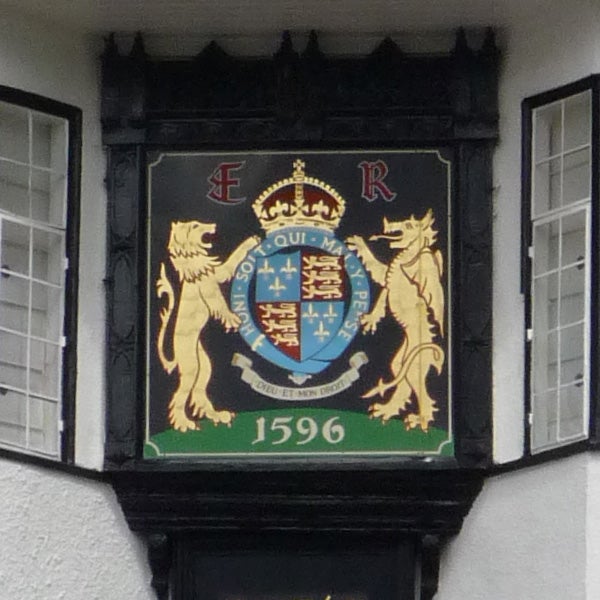 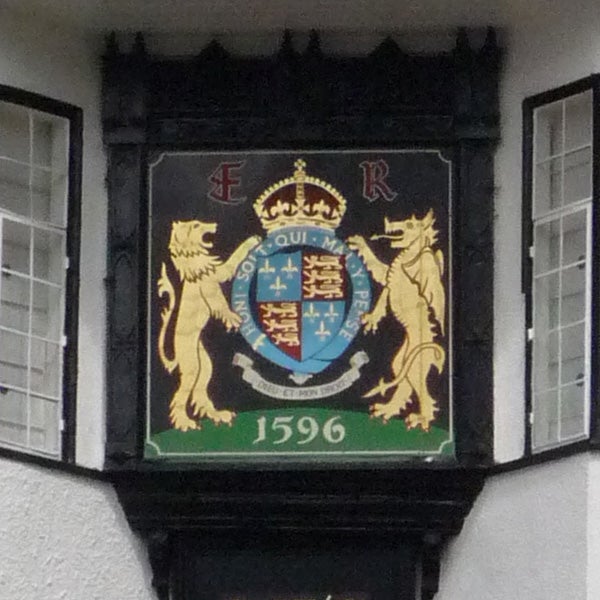 Noise is starting to become a problem at 400 ISO, especially in the darker mid-tone areas. 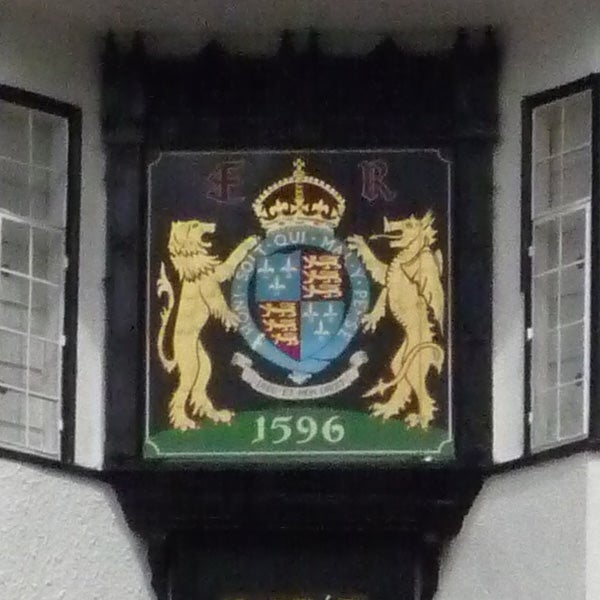 Noise reduction has blurred out a lot of fine detail at 800 ISO. 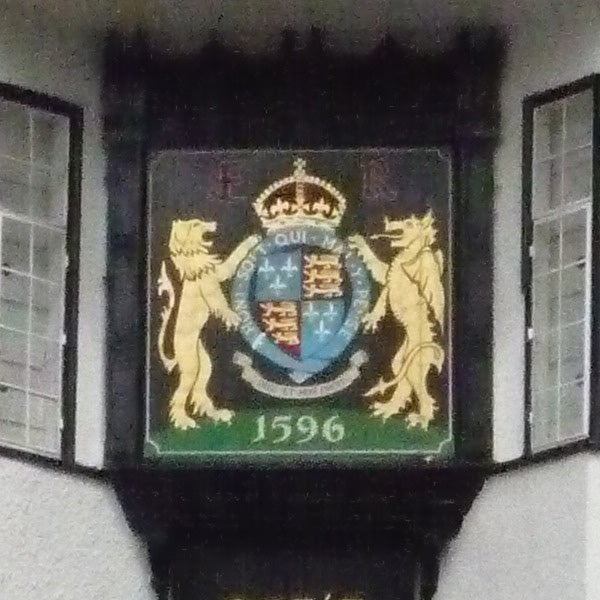 At 1600 ISO there are lots of colour problems, and most fine detail has been lost. 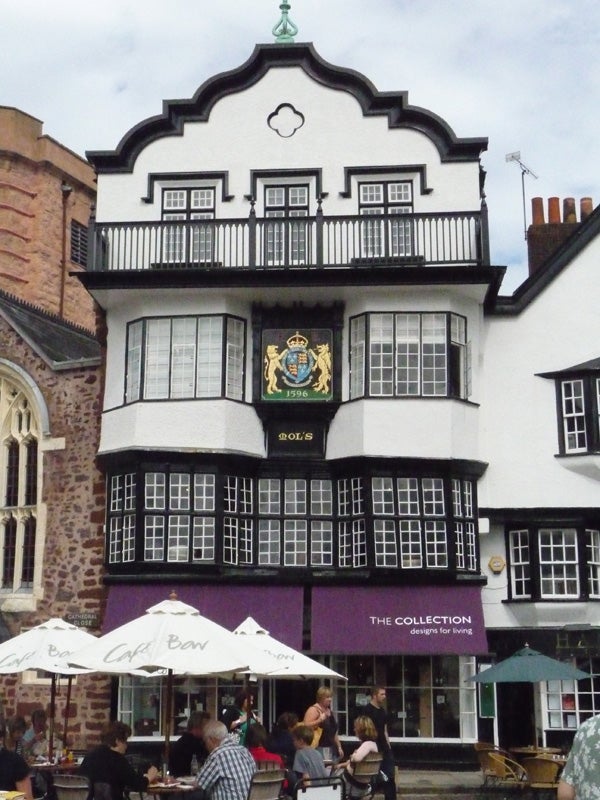 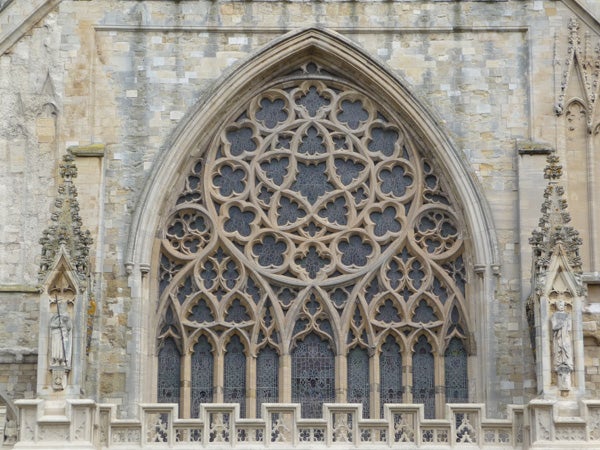 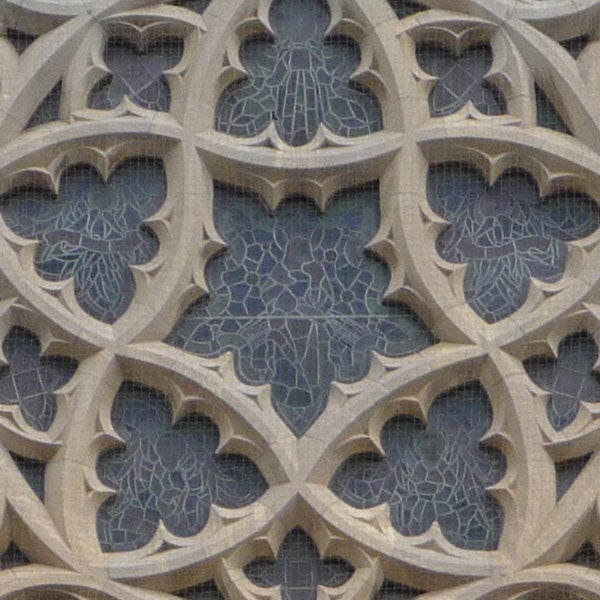 The excellent Leica-branded lens produces good detail, but again those 100 ISO artefacts are present and slightly spoil the effect. 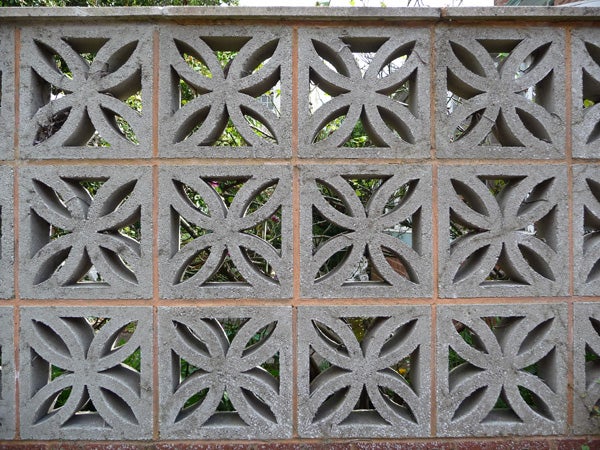 There is virtually zero barrel distortion at the wide-angle end. 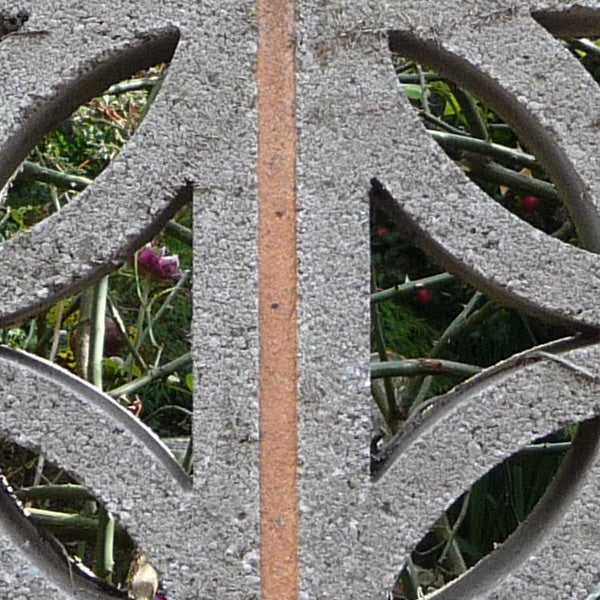 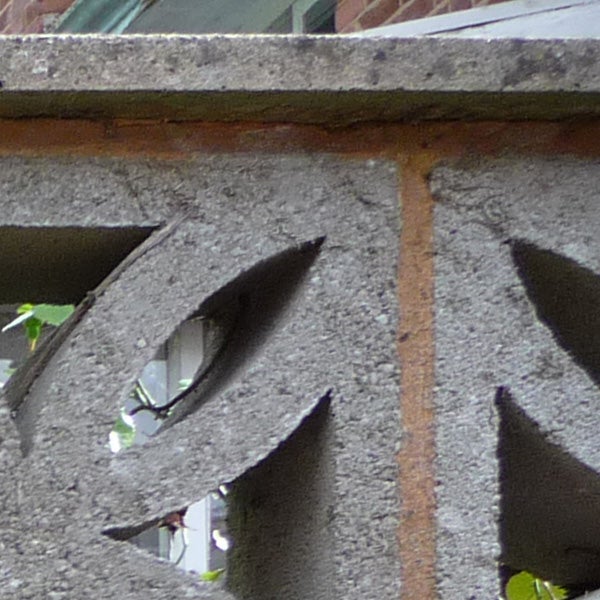 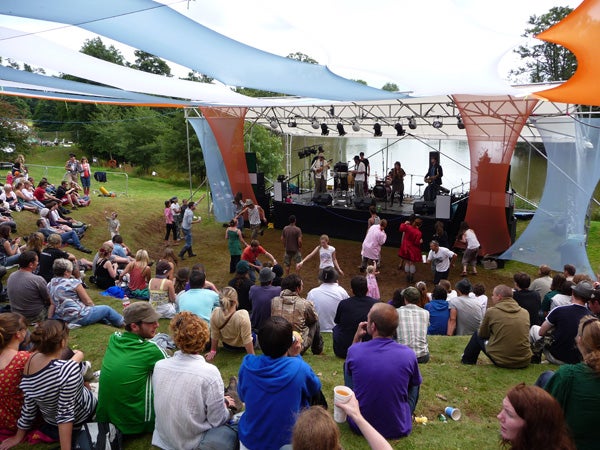 I took the TZ5 to a music festival over the weekend, and it survived rain, mud, drunkenness, dancing, two nights in a damp tent and being bumped around in my pocket without a problem, and still turned in excellent pictures. The 28mm-equivalent wide-angle is great for getting the whole scene into the frame. 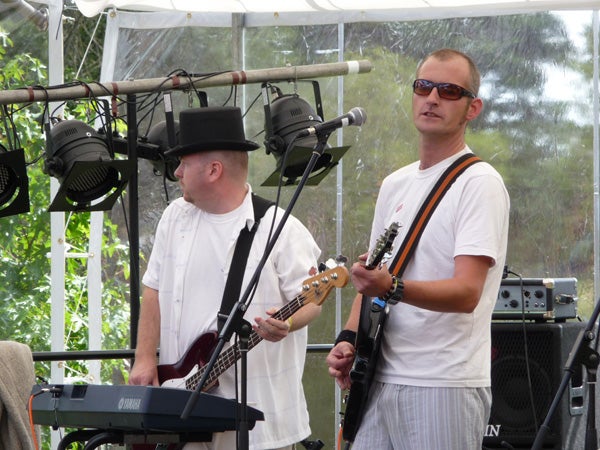 The telephoto end is equivalent to 280mm, great for getting in really close to the action. This was taken from the same position as the frame above. 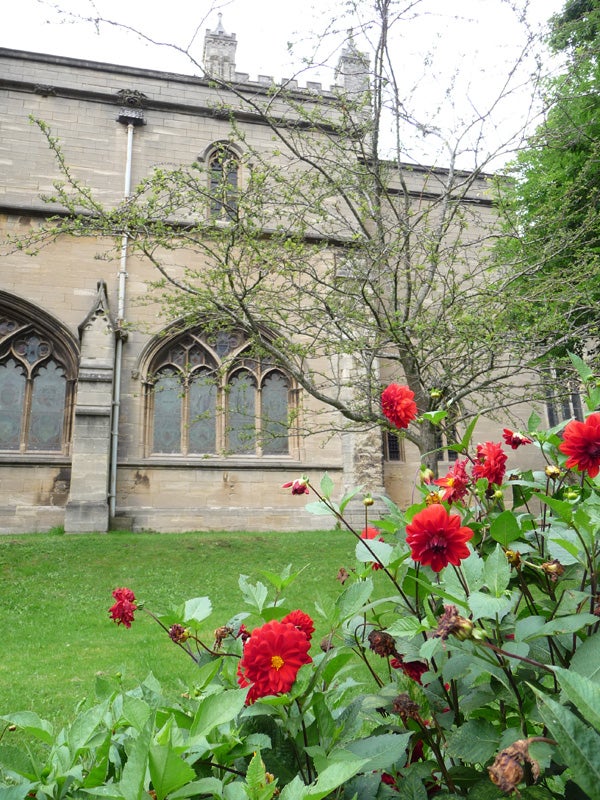 This shot is perhaps a little over-exposed, but the colour reproduction is excellent. 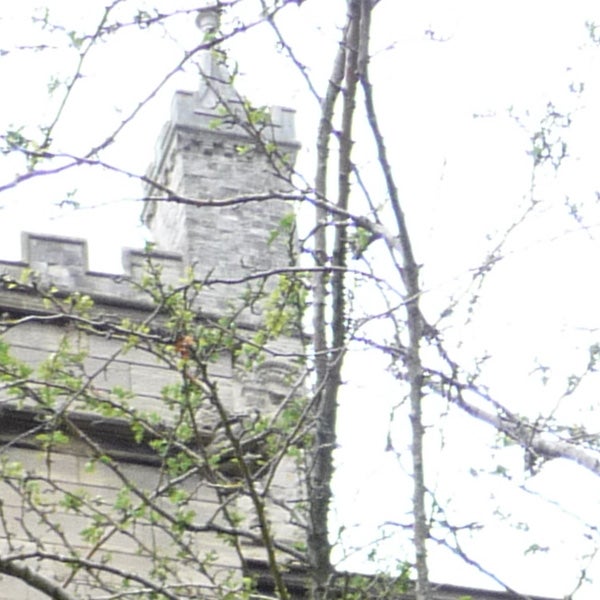 In this crop from the frame above you can see that there is minimal purple fringing even on high contrast edges.