What is the Panasonic Lumix DMC-GM5?

The Panasonic Lumix DMC-GM5 is a second go at a formula established last year with the DMC-GM1: an absolutely tiny camera body that offers a fairly large Micro Four Thirds sensor and interchangeable lenses. Starting at £699 with a kit lens, Panasonic hasn’t dumbed down the features to meet a lower price in this second attempt.

Instead, the Lumix GM5 adds an EVF and bulks up the body a bit to try and address the main criticism of the GM1 – that it’s just too fiddly. For all its efforts, the DMC-GM5 is still pretty cramped, and awkward at times, but if a slim and light frame is at the top of your list, this is about as petite as compact system cameras with large sensors get. 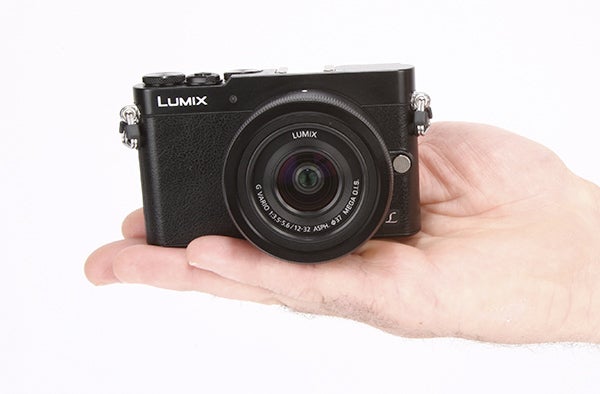 The look of the Panasonic Lumix DMC-GM5 may not be too attention-grabbing, but make no mistake: the outer hardware is what this camera is here for. With a body measuring 98.5 x 59.5 x 36.1mm it’s tiny for a Micro Four Thirds model.

It’s 5.4mm wider and 5.7mm taller than the GM1, but when you consider the extras it packs in, that’s not a great deal larger. How small is it? It’s 16mm less long, 6mm shorter and 19mm thinner than the Panasonic Lumix LX100, which is a bona-fide compact camera.

This thing is very small indeed, although you have to remember that it’ll need a lens to be of any use to anyone. Lens choice becomes crucial, because if you go for something too large, the Panasonic DMC-GM5 loses much of its appeal. A compact overall package is key. 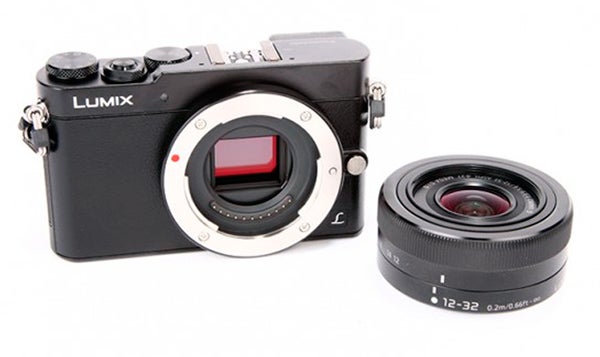 Of course, Micro Four Thirds lenses are generally smaller than those of APS-C compact system cameras such as the Sony Alpha a6000, a somewhat comparable alternative. The GM5’s standard kit lens is the same 12-32mm unit bundled with the GM1, and offers a focal range equivalent to 24m-64mm – fairly good as an everyday lens. It’s very petite, although with a maximum aperture of f/3.5-5.6 it doesn’t offer the creative control over depth of field you get with some others.

For those with greater demands, the DMC-GM5 is also available with the Leica 15mm f/1.7 lens (30mm equivalent), which will naturally give you much greater shallow depth of field potential, as well as better low-light flexibility. This bundle will cost you as much as £1049, though – a hefty premium. You may want to consider the cheaper Panasonic 20mm f1.7 as an alternative.

As you really need a very compact lens to make the very most of the Panasonic DMC-GM5’s design, only a handful of lenses are truly suited to it — although any MFT lens will work. Given this, consider whether a large-sensor-small-body compact such as the Lumix LX100 or Sony RX100 III might be a better fit. 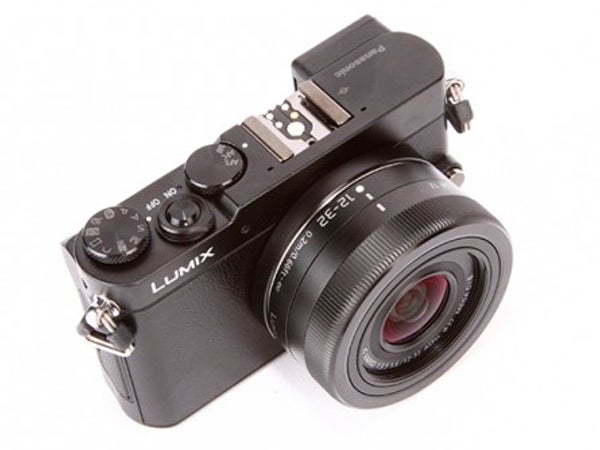 As you’d expect of a £700 camera, the Panasonic GM5 is thoroughly well-made, with a magnesium alloy body and textured front plate in place of a contoured handgrip. We did find handling the thing slightly precarious at times because of its small size and near grip-free design, but it’s largely a case of getting used to its body. Those used to smaller cameras may find its 211g weight unnervingly light, but that’s a positive for a camera of this style.

There is a small thumb grip on the back, thankfully, and if you really must have a larger grip, Panasonic sells one that screws in for £99. But buying such a thing might be considered an admission of having made the wrong camera choice in the first place. 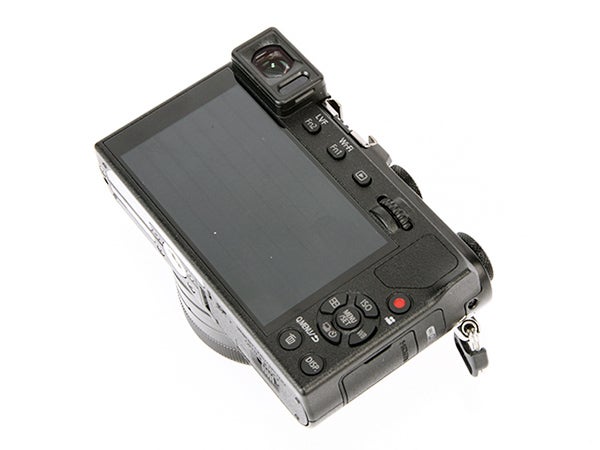 In an effort to make the Panasonic DMC-GM5’s handling a bit better than the older GM1, Panasonic has redesigned the camera’s controls. You don’t get full-on manual controls like you do with the Lumix LX100, but the main dial’s been moved from its position around the rear D-pad to above it, separating the two.

It’s an improvement, but unfortunately not a particularly drastic one. We still found the DMC-GM5 quite cramped in use, especially when trying to compose through the EVF. There just isn’t enough room, and as an interchangeable-lens camera it can’t rely on lens dials to provide manual controls. Using the touchscreen does alleviate the problem, but not quite enough.

Next
EVF, Screen and Features Review