It’s just over a year since Panasonic launched the first of it’s G Micro system cameras, the Lumix DMC-G1 . The G Micro system is a unique concept, using the Micro Four Thirds sensor and lens mount to produce cameras with all the features and image quality of a full-sized digital SLR, but in a much more compact and lightweight form. Panasonic has recently announced the third model in the G Micro system, the new Lumix DMC-GF1, and has expanded its range of Micro Four Thirds lenses, and sales figures of the existing models are certainly encouraging for the future of the system. Today I’m taking a look at the second model in the system, the Lumix DMC-GH1, launched in March of this year.


There seems to be a notion that’s rapidly taken hold of the digital camera market that what everyone really needs is a digital SLR that can also shoot high-definition video. Nikon started it with the D90 late last year, and has followed it up with the D300s, a video-capable version of its popular semi-pro DSLR, which I’ll be reviewing next week. Not to be outdone Canon has joined in with its impressive EOS 5D MkII, featuring full 1920 x 1080 HD and stereo sound, and Pentax has added HD video recording to its superb new K-7 digital SLR. Panasonic has also taken the G- Micro system in this direction, in fact I saw a virtually complete mockup of the GH1 at the launch event for the G1 late last year, so it’s obviously been planning this for a while. 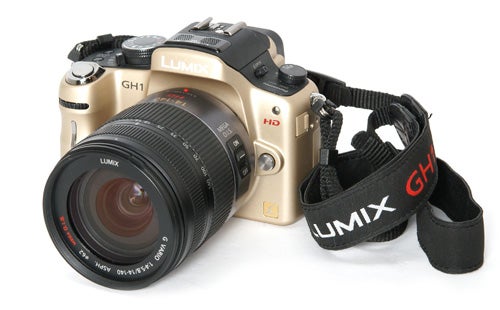 The GH1 is in most respects exactly the same as the original G1, not too surprising if they were both designed at the same time, so it’s probably a good idea to go and read that review, since I’d like to avoid repeating myself. The body is almost identical, distinguished externally only by the addition of a pair of stereo microphones mounted on top of the pop-up flash, and a dedicated button on the back to activate video recording.


It has the same SLR-like styling as the G1, with a small but comfortable handgrip, a comprehensive but sensibly positioned control layout, and a large and extremely sharp fully articulated three-inch 460k widescreen monitor. Like the G1 it lacks the reflex mirror and optical prism viewfinder of a conventional DSLR. Instead it has an ultra-sharp electronic viewfinder, a field-sequential display with a resolution of 1.44 million dots. I will admit that I still prefer a traditional optical viewfinder, but this is without doubt the best electronic viewfinder currently available. 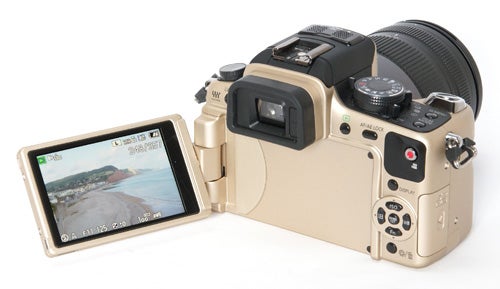 The GH1 is currently only available as a kit with the new 14-140mm f/4.0 – f/5.8 zoom lens. It’s a very nice lens, equivalent to a very useful 28-280mm, and has outstanding optical quality. It’s specially designed for video shooting, with a direct drive linear motor for quick but silent focusing, and a nice smooth zoom action. Unfortunately this kind of quality doesn’t come cheap, and the GH1 kit is currently selling for around £1,300. By comparison a top-of-the-range HD camcorder such as Panasonic’s own HDC-HS300 is around £800.

The key feature of the GH1 is of course its video recording capability, and it’s fairly obvious that Panasonic has put a lot of thought into it. While most digital cameras with so-called HD video recording are only capable of 1280 x 720 pixel resolution, the GH1 can shoot at a full HD resolution of 1920 x 1080 pixels at 25 frames per second, or 1280 x 720 at an ultra-smooth 50fps.


Video files are encoded in either Motion JPEG or AVCHD formats, recording directly onto an SD memory card. Motion JPEG is a good universal standard, ideal for video editing on a home PC, or for sharing via email. The AVCHD format is much better quality when played back on a TV, but requires special software for editing. The GH1 has an HDMI socket for connection to a suitably equipped TV, and has a special Viera Link, so if you have a Panasonic HD TV the camera can be operated via the TV remote control. 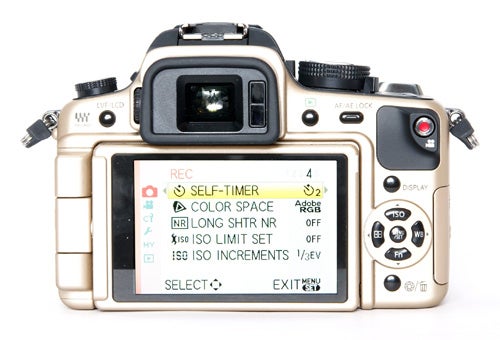 The video mode on the GH1 is far more comprehensively implemented than the video functions of most compact cameras. As well as the usual default fully automatic mode it also has a full manual mode, in which both shutter speed and aperture can be adjusted, and spot, centre-weighted or multi-zone light metering modes can be selected. Sound recording is also more sophisticated than usual. The twin built-in microphones has an optional wind-cut feature, which goes some way towards filtering out wind noise on the soundtrack. As well as the built-in microphones the GH1 also has a socket to plug in an external stereo microphone. A purpose-built boom microphone which clips into the flash hotshoe is supposed to be available, although it’s hard to find anyone who’s selling it. 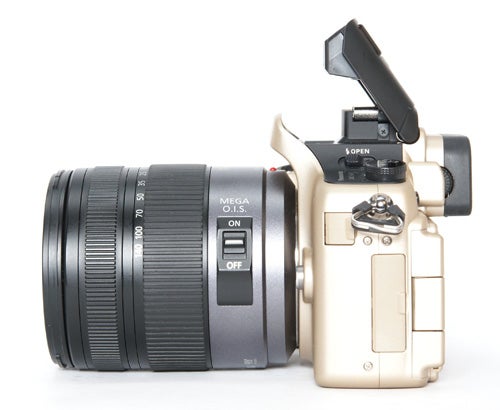 There’s no doubt at all that the GH1 is technically a very capable video camera. At the press launch I was shown a short film made by a professional film maker, shot entirely on the GH1, and the results were very certainly very impressive. However having used it to shoot video myself, I have some comments about this feature. First, I doubt that a professional film maker, or even a keen amateur, is going to choose a GH1 over any of the very capable and significantly cheaper HD camcorders that are widely available.


For anyone else the HD video feature is just going to be an added bonus that might be used occasionally, and for that it’s simply not worth the cost. The standard Lumix G1 is currently selling for under £450 including a 14-45mm zoom lens, which is actually pretty good value for money. It’s hard to justify spending nearly three times as much for a bonus novelty feature you’re not going to use that much. 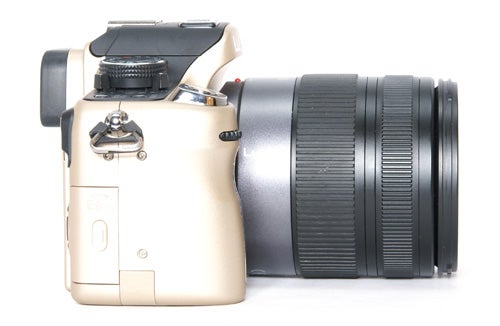 My second point about hybrid video/stills cameras is that they’re never going to work satisfactorily. If you look at the way the ergonomics of the typical video camcorder has evolved, the body is designed to rest on the flat palm of the right hand with the forearm vertical, a grip that is well suited to panning the camera smoothly in the horizontal plane, and all the main shooting controls are accessible with the minimum of hand movement, so that you don’t cause camera shake when filming.


By contrast a digital SLR is designed to be held in both hands, gripped tight into the chest for maximum stability when shooting stills. The controls are not designed with stability or shake reduction in mind, because they don’t have to be. My point is that the body shape and control layout of a typical DSLR is fundamentally unsuited to hand-held video shooting, and I really don’t believe that any sort of successful hybrid is even possible using current camera forms. The GH1 is as close as it’s possible to get, and is certainly capable of producing excellent results, but you can get better results for less from a dedicated camcorder.

In terms of overall performance the GH1 is, not too surprisingly, pretty much identical to the G1. The start-up time is quick, although from power-on to taking the first picture is a fraction over two seconds. That’s pretty quick by compact camera standards, but there are plenty of DSLRs that are quicker. In single-shot mode it has an impressively fast shot-to-shot time of approximately 0.7 seconds, while in standard continuous shooting mode it can rattle along at around three frames a second, which is pretty quick. 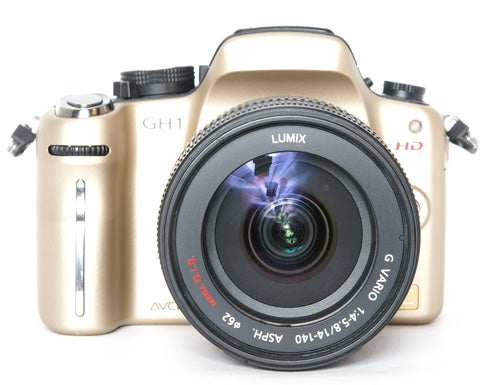 The autofocus system is amazingly fast for a contrast detection system, and works exceptionally well in low light thanks to a bright AF assist lamp, although for some strange reason this had been set to “off” by default on my review camera. 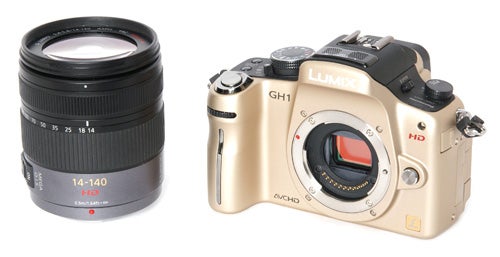 Overall picture quality is, as you would expect, identical to the G1 as well. The new 14-140mm lens performs extremely well, producing very little optical distortion at any focal length, and showing outstanding corner sharpness with no trace of chromatic aberration. The level of recorded detail is very good, certainly on a par with any good mid-range APS-C DSLR. 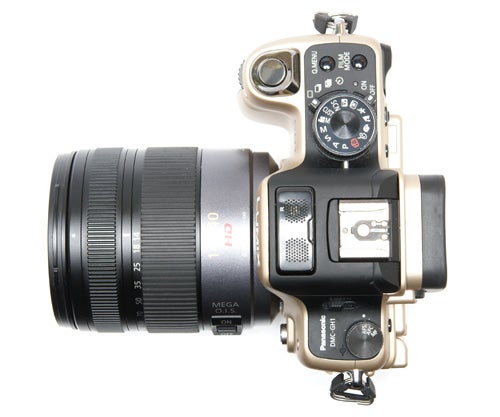 The only problems with image quality are ones that are common to Four Thirds sensors. Dynamic range is certainly superior to any 12-megapixel compact, but it’s simply not as good as most rival DSLRs. Also Four Thirds sensors have simply not proven to be as good at coping with high-ISO noise as most APS-C sensors, and the GH1 does suffer from significant image noise problems at higher ISO settings, at 800 and 1600 ISO. I’ve seen worse, but I’ve also seen a lot better from some recent rival APS-C DSLRs. Upon reflection I was possibly a bit lenient on the G1 in this department. 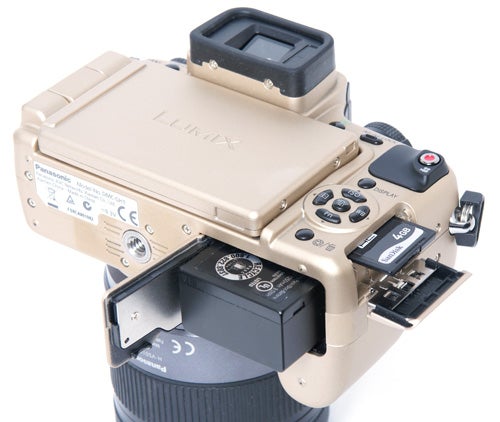 There’s no doubt at all that the Panasonic Lumix DMC-GH1 is a very nice camera. Build quality is excellent, and the camera body and control layout are very well designed. Performance is first rate, image quality in both still and video modes is certainly acceptable, and the extensive list of features and options give it a lot of creative potential. The only question is whether you want to pay such a high price for it. 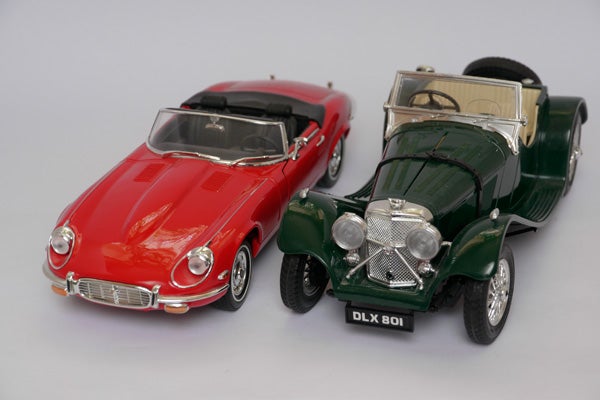 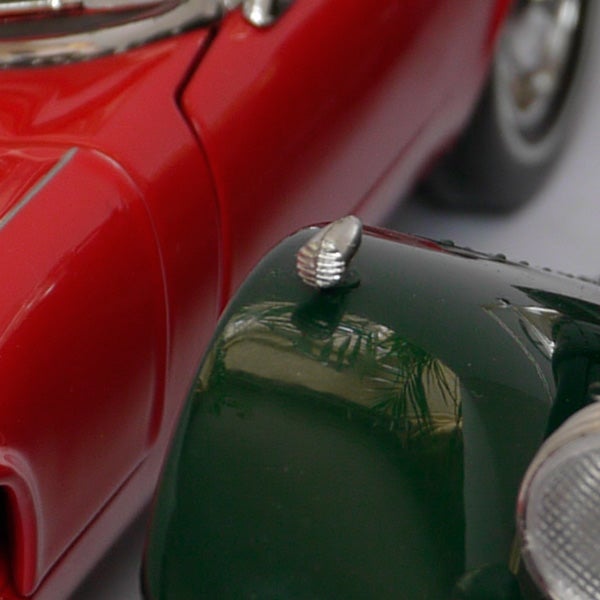 Image quality at the lowest ISO setting is impressive. 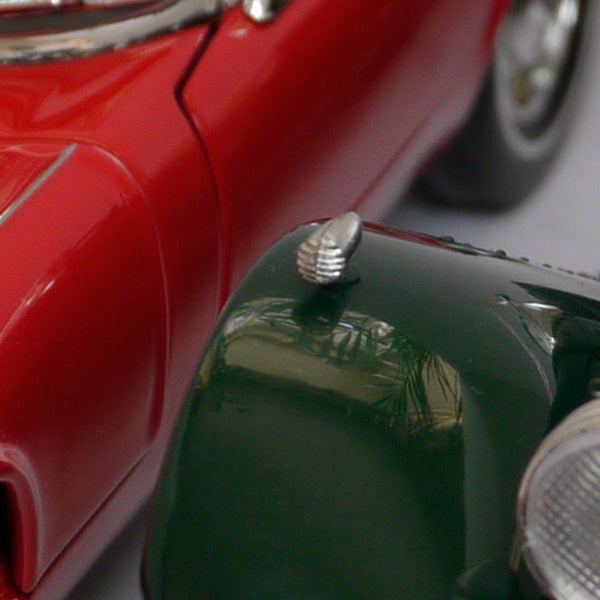 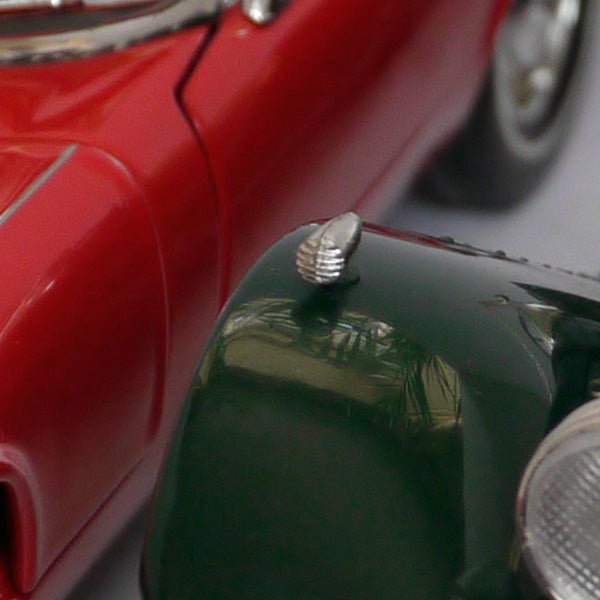 Colour is starting to look a bit blotchy at 400 ISO. 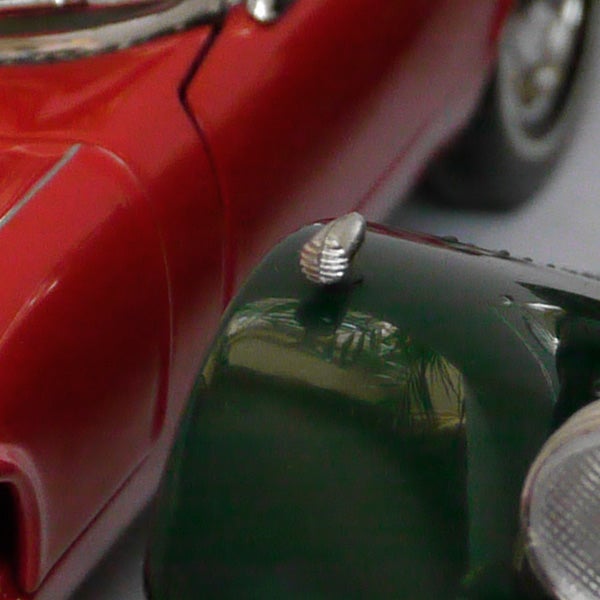 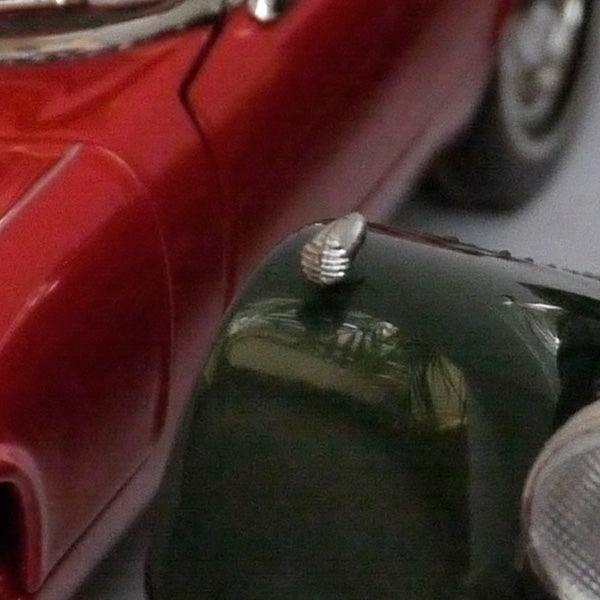 At 1600 ISO there are some very obvious scan lines on the image, which is a bit disappointing. 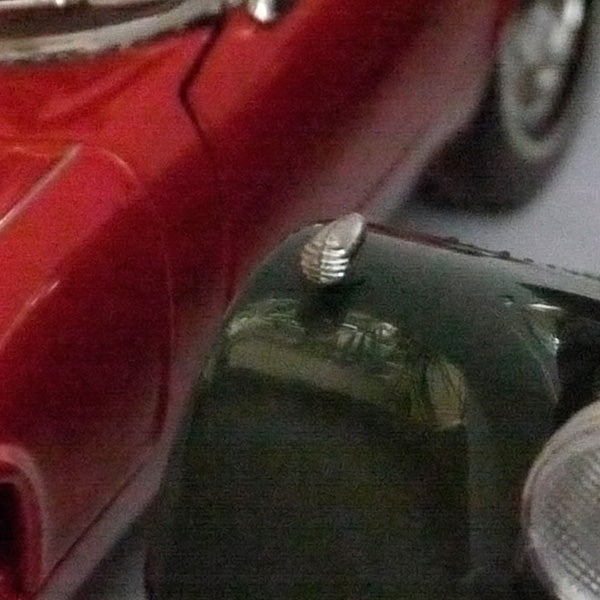 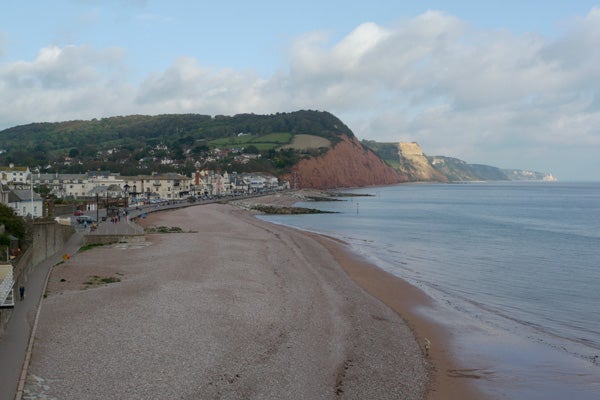 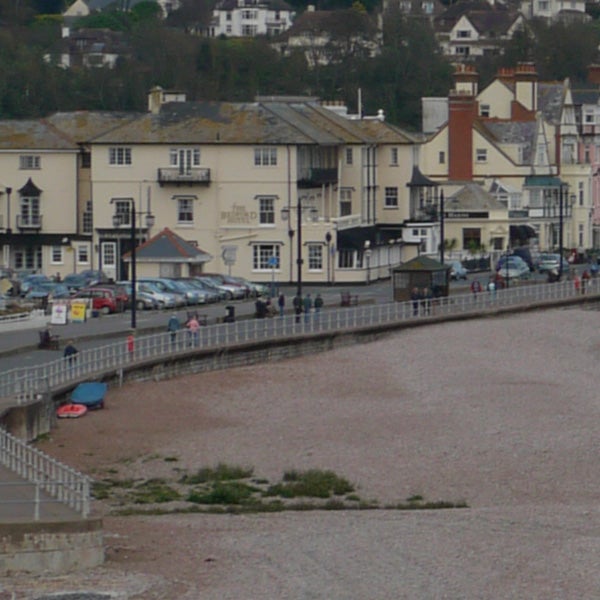 Compare this shot with other 12MP DSLRs such as the Nikon D90. 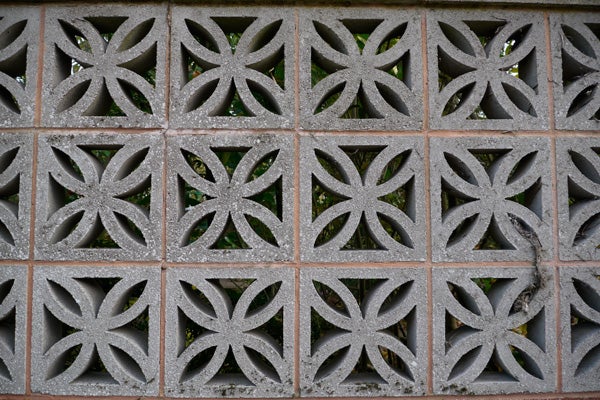 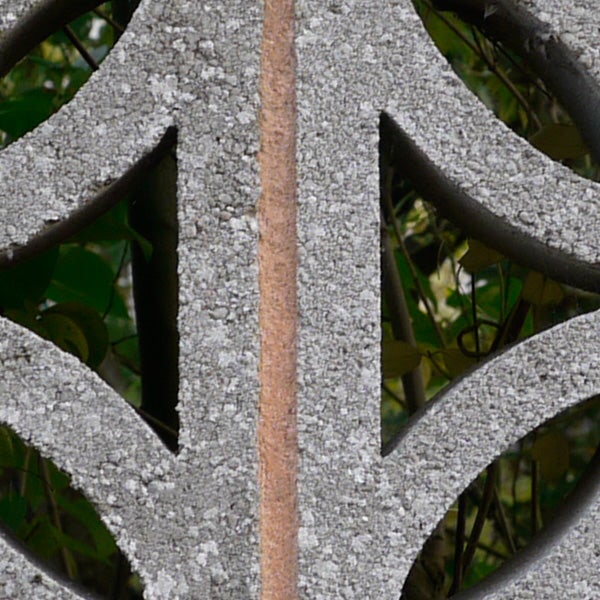 The centre sharpness is, as you would expect, excellent. 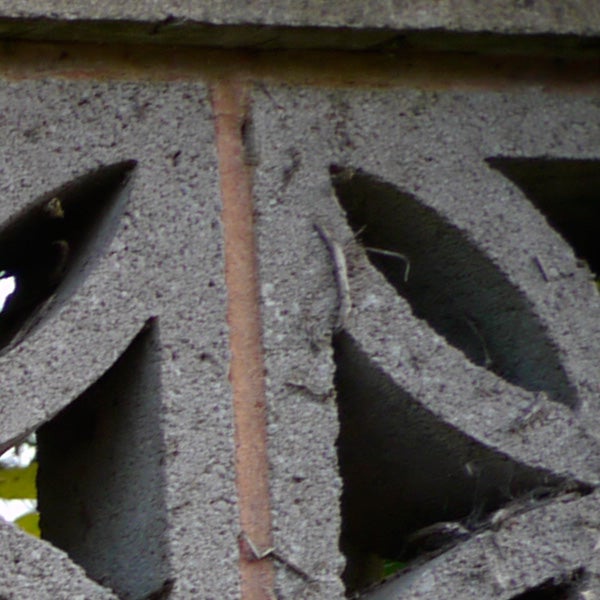 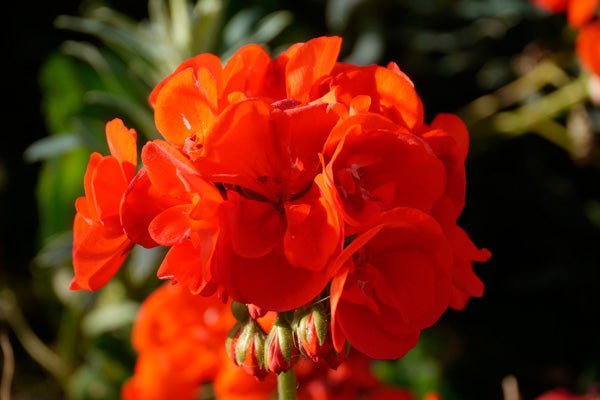 Even very bright saturated colours are well rendered, with plenty of detail. 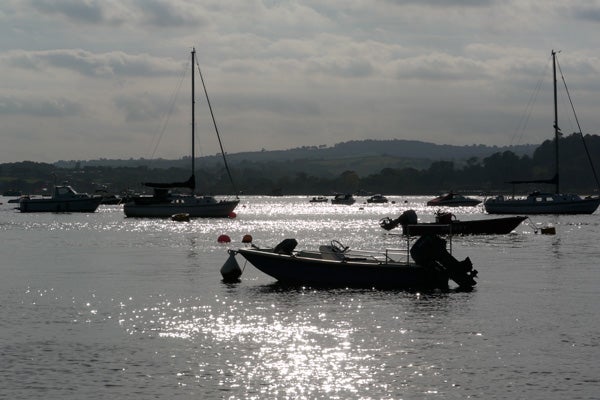 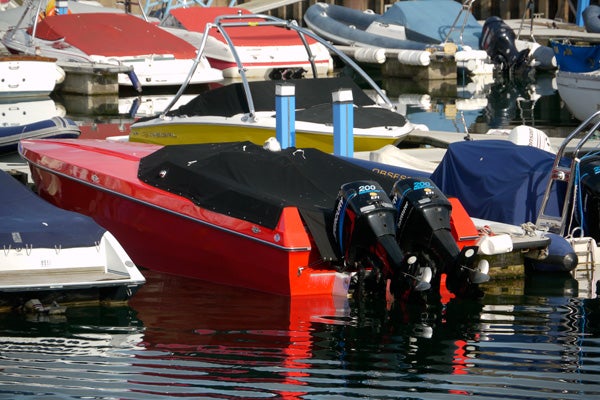 The 280mm-equivalent telephoto is good for distant details. 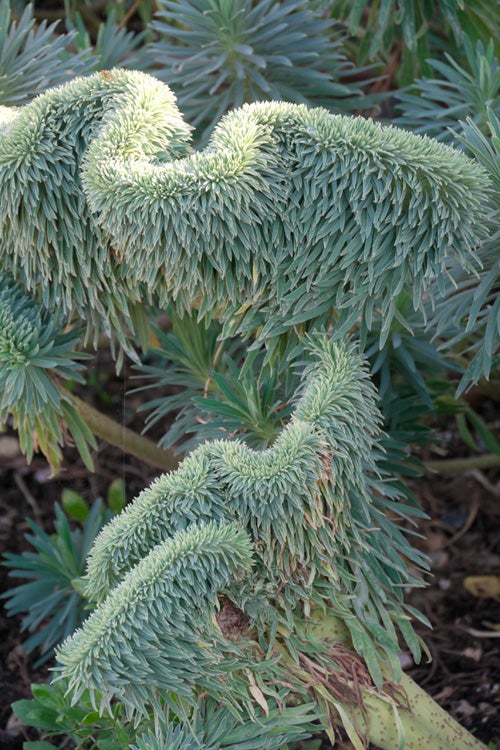