What is the Panasonic Lumix DMC-FZ1000?

The Panasonic Lumix DMC-FZ1000 is a high-quality bridge camera with great image quality for its class. It gets you that DSLR feel and a versatile 16x optical zoom without risking getting lured into spending thousands on lenses.

At £750 it’s hardly cheap itself, but a 20-megapixel 1-inch sensor provides good image quality, and it’s one of the first bridge cameras to offer 4K video. 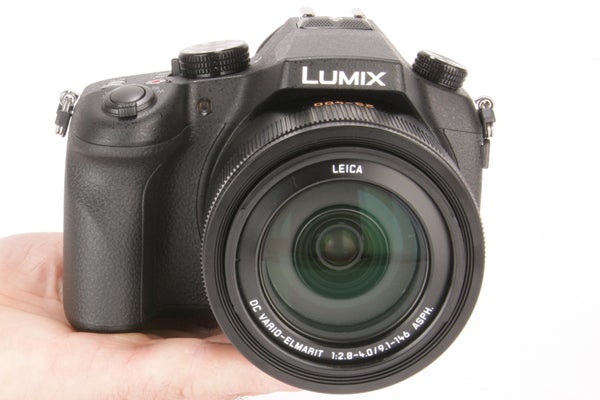 The Panasonic Lumix DMC-FZ1000 is a chunky camera, with a body similar in size to an entry-level DSLR. If ultimate portability is key, this isn’t the camera for you. It’s larger than most bridge models.

However, we do like its handling. There’s a big, chunky grip that gives you a hold on the camera more reassuring than Marks & Spencer’s prices. 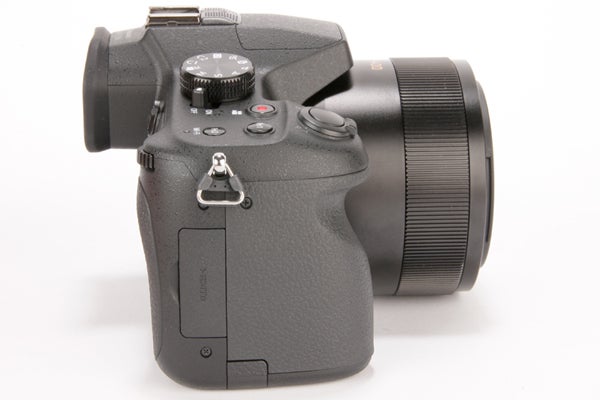 This grip also ensures the 831g weight feels right in the hand. It’s a plastic camera that doesn’t have quite the construction of the rival Sony RX10, but it feels sturdy enough.

The Panasonic Lumix DMC-FZ1000 also offers a decent array of manual controls. Although there aren’t dials for all the core shooting parameters, there are five function buttons you can programme to kick-in control of things like aperture, exposure compensation, max ISO and so on.

There’s some legwork involved, but after a bit of initial effort you’ll be flying. 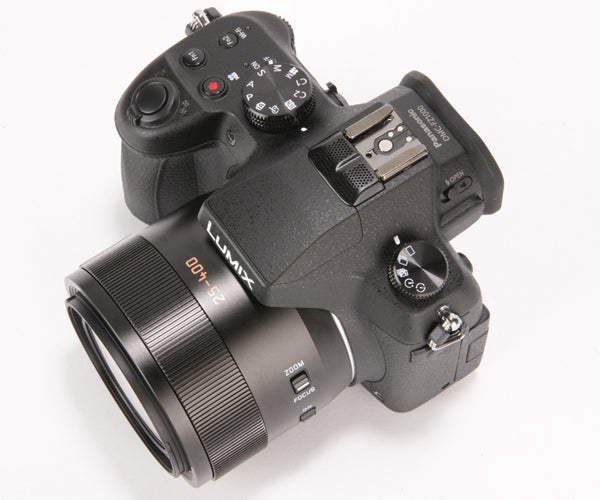 So far, so standard – but what’s special enough about the Panasonic Lumix DMC-FZ1000 to justify the £750 price?

The key draw is the 20-megapixel sensor. At a full inch in size it’s a good deal larger than the little 1/2.3-inch sensors you get in most bridge cameras. Having a tiny sensor is why bridge cameras don’t generally earn much cred among photo enthusiasts. This is no APS-C sensor, but it’s a big step up from the norm.

With a 1-inch sensor, the Panasonic Lumix DMC-FZ1000 is a direct rival to the Sony RX10, a camera we think is pretty great. 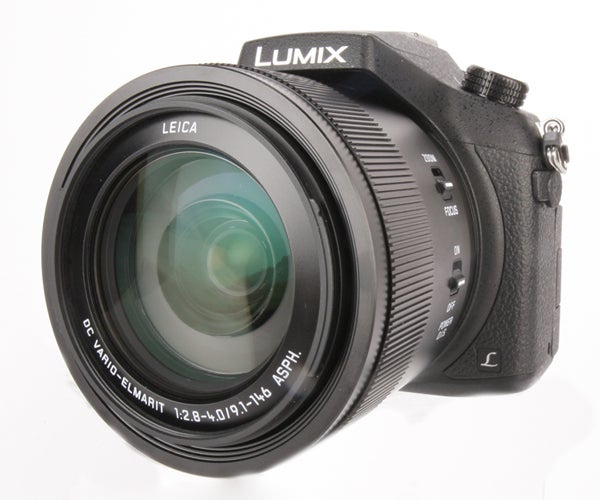 Where you pay for the sensor size is zoom range. The Panasonic Lumix DMC-FZ1000 has only two-thirds the zoom range of the Panasonic FZ200, the company’s flagship superzoom of 2013.

It’s still a healthy zoom, though. With the Panasonic Lumix DMC-FZ1000 you get a 16x zoom range equivalent to 25-400mm in the 35mm standard. That’s more than the 25-200mm of the Sony RX10, but the maximum lens aperture is variable here rather than fixed.

One of the key draws of both the Panasonic FZ200 and Sony RX10 is that you get aperture of f2.8 right through the zoom range. Here maximum aperture goes from f2.8-4.0 so you lose a bit of that lens speed when not shooting wide open.

The FZ1000 has 5-axis stabilisation to make most of that zoom range pretty usable without a tripod, though. 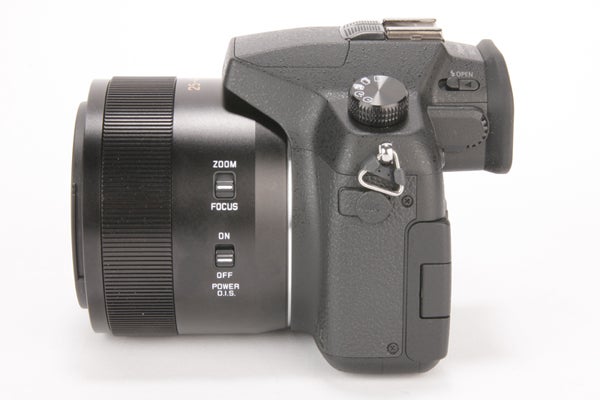 You can control the Panasonic Lumix DMC-FZ1000’s zoom using a neat lens ring or a control around the shutter button. The lens ring is a bit disappointing, though. It requires too much laborious turning when zooming, and you can’t alter its function to control aperture or exposure – just focusing and the zoom.

After complimenting the array of function buttons, the Panasonic Lumix DMC-FZ1000’s handling isn’t quite perfect, then.

It does get most of the other basics right. The screen on the rear is a good 3-inch vari-angle display with 921k-dot resolution.

It’s not a touchscreen, but those on-body function buttons help fill the void.

It’s bright, it’s clear, and with 100 per cent coverage of the field of view, it’s very useful too. This is another element that helps to explain that £750 price. There’s also a rubber ring around the viewfinder, making it much more comfortable to use. 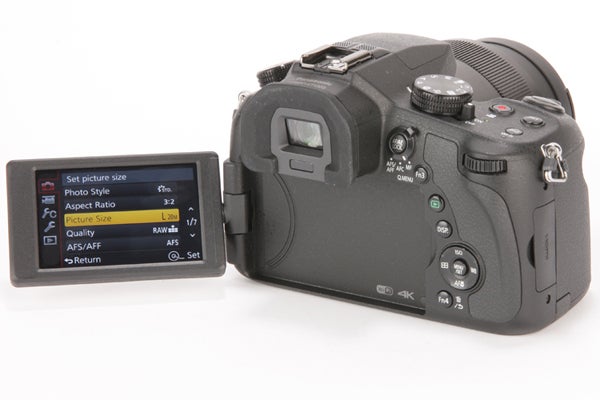 Any shots taken can be transferred to a mobile phone or tablet using Wi-Fi, and there’s NFC on-board to let you quickly and easy pair up with one of these devices. Panasonic lets your remotely control the FZ1000 over Wi-Fi too, using the Panasonic Image app.