Last month we reviewed the new Panasonic Lumix FZ45, and like its predecessor the FZ38 before it, it has proved to be one of the most popular reviews on the site, demonstrating that there’s a lot of interest in these powerful feature-packed cameras. However the FZ45 isn’t the only new Panasonic superzoom. To replace the FZ38 the company has also launched the FZ100, a higher-specification premium model featuring full 1080i HD video with stereo audio. 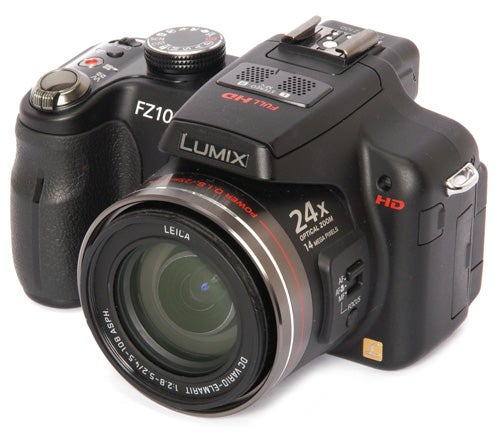 Despite the interest in the reviews super-zoom cameras aren’t as popular as they once were, thanks mainly to the relatively low cost of entry-level digital SLRs and the growth of long-zoom compacts. Nonetheless the FZ45 and FZ100 do have some fairly serious competition from other brands. Cameras such as the Pentax X90 (£214), the Nikon P100 (£277), the Samsung WB5000 (£280) and the Fujifilm HS10 (£290), not to mention the newly announced Canon SX30 IS (£399) with its huge 35x zoom all offer at least some of the same features. The FZ100 is certainly one of the better equipped of the breed, but with a high-street price of nearly £450 it is also the most expensive. 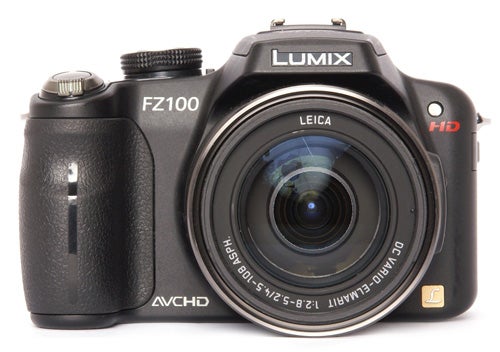 The FZ100 shares some of its main features with the FZ45, including its impressive Leica-branded f/2.8 – f/5.2 24x zoom lens (equivalent to 25-600mm). It also shares the same well-tested SLR-style body design, although the body is not in fact identical. The FZ100 is a few millimetres larger in every direction and around 50g heavier than the FZ45, mainly on account of the larger camera’s 7.5cm (3.0in) 460k fully-articulated monitor. As usual Panasonic’s build quality is second to none, and the camera handles extremely well. The textured handgrip is large and comfortable, and the control layout, identical to that of the FZ45, is comprehensive and well though-out.

The FZ100 is, to say the least, packed with features, although it does share many of them with the FZ45. Like the FZ45 it has a control interface that is mid-way between that of an SLR and a compact camera. It has a large mode dial on the top panel offering a full range of manual exposure controls as well as a comprehensive selection of scene modes and a user-defined custom setting. Exposure adjustment is made via a DSLR-style data wheel on the back panel, while menu selection and navigation is via a conventional D-pad next to the monitor. 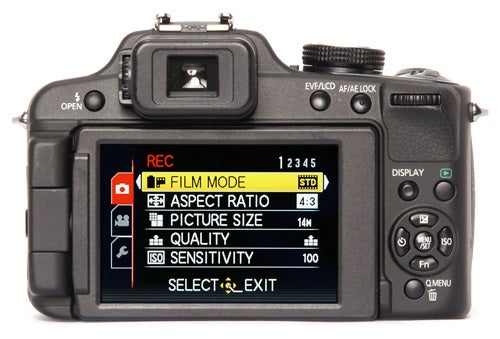 As well as its 24x zoom lens and large, sharp articulated monitor it also features a new sensor, a high-speed 14.1-megapixel MOS chip with a maximum resolution of 4320 x 3240 pixels, coupled to Panasonic’s advanced Venus Engine FHD processor. This gives the FZ100 faster performance than the FZ45, shooting 15 frames at 11fps and full resolution, as well as other high-speed continuous shooting options at lower resolution settings. The FZ100 also features Panasonic’s Intelligent Resolution technology, which sharpens up edges and improves detail under digital zoom. This can be used in both still and video mode to extend the zoom range to 32x with minimal loss of quality.


The FZ100 has the same manual control options as the FZ45, including full tone control with selectable film type pre-sets, each of which can be customised for saturation, contrast, sharpness and noise reduction. Shutter speeds from 60 seconds to 1/2000th of a second are available, as well as up to three stops of aperture control, with a minimum aperture of f/8.0. 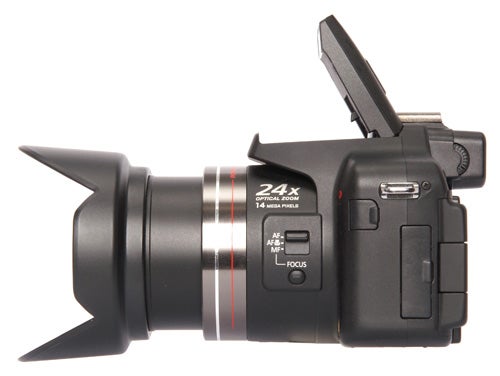 In addition to its manual options the FZ100 has a wide range of automatic settings, with multiple scene modes available on the mode dial. Each of these has several sub-settings, so for example the Sports mode has settings for indoor, outdoor and “creative”, which allows manual shutter speed control. As well as this the camera has Panasonic’s usual iAuto mode, which uses a wide array of advanced systems to ensure the best possible picture with minimum input. Menu options in this mode are very limited, and the is no manual control. 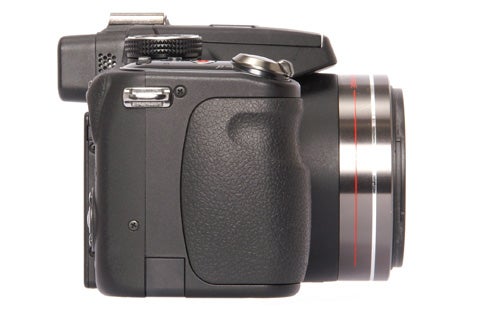 The main feature that sets the FZ100 apart from the FZ45 is its video recording mode, activated by a dedicated button on the top panel just behind the shutter button. It can shoot in full HD 1920 x 1080 resolution at 50 interlaced frames per second (50i, or 60i for the NTSC version), recording the results in the high-quality AVCHD format. Sound is recorded in stereo via twin microphones mounted on top of the flash housing. Autofocus can be used while recording, as can full optical zoom. The optical image stabilisation also works in video mode. Both video and audio quality are excellent, although the zoom motor can be heard quite clearly on the soundtrack.

The new faster MOS processor is supposed to give the FZ100 faster performance, but it’s still a bit slow to start up, taking approximately three and a half seconds to start up and take a picture. In single shot mode at JPEG quality it has a shot-to-shot time of approximately 0.8 seconds, which is exceptionally fast, especially for such as complex and powerful camera. It is a little slower in Raw + JPEG mode, at around 1.0 second, but this is still very fast performance. In continuous shooting mode it lives up to its 11fps full-resolution claim, although only for 15 frames and only focusing on the first shot, however it will perform this well in both JPEG and Raw + JPEG modes. It can shoot at 5fps with continuous AF. Other high speed shooting options include 40fps at 5MP and 60fps at 2.5MP, as well as a high-speed movie mode which can shoot at 220fps in QVGA image size. 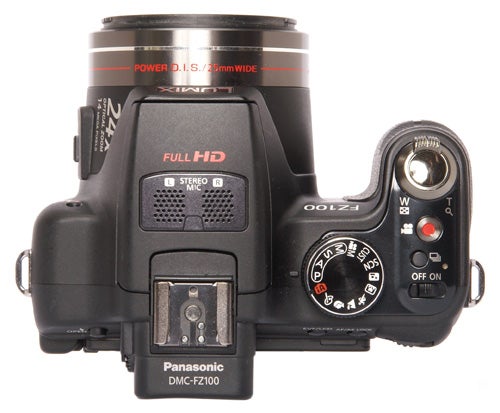 The autofocus system is the same as the FZ45. It is extremely fast and reliable, with very good low light performance, focusing just as quickly in twilight as in full daylight. It has a very bright and well-focused AF assist lamp with a range of about four metres, and focuses with this very quickly even in total darkness.


One cause for concern is battery duration. The FZ100 is a big complex camera with a lot of power-hungry features, and yet it is powered by a relatively puny 895mAh li-ion battery. Panasonic claims 410 shots on a single charge, but I found that the battery meter was down to two out of three bars after only a couple of days taking about 100 shots and a few short video clips, without using the monitor for playback very much. 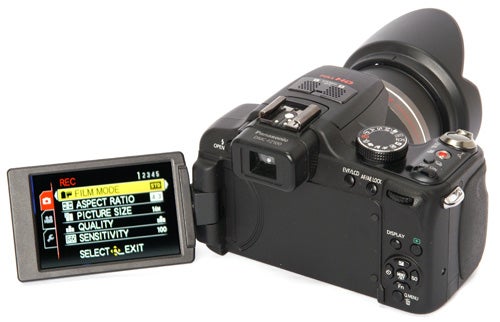 The main selling point of the FZ series so far has been its excellent image quality, and the FZ100 I’m sure will be no exception, however it does have a couple of flaws. The lens quality is of course excellent, with minimal optical distortion and good corner-to-corner sharpness, but it does seem to be more prone to chromatic aberration at the corners of the frame than the FZ45, odd since they both have the same lens.


The level of detail is extremely high, but again there is a problem. Examining the results closely shows some fairly obvious artefacts caused by a combination of file compression and noise reduction, and this robs JPEG images of much of their potential quality. It is possible to avoid this by shooting only in Raw mode and applying lighter noise reduction, but this is probably a longer and more painstaking process than most users will be prepared to go though. 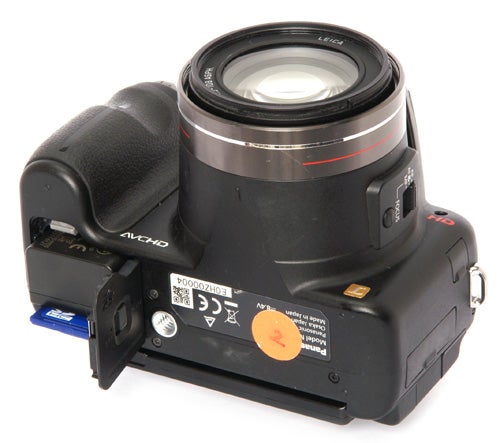 Other aspects of image quality are more encouraging, Colour rendition is excellent, and dynamic range is also better than expected from a small 14MP 1/2.3-inch sensor. Image noise is not so good though, with some colour mottling even at the lowest 100 ISO setting, and significant loss of detail at 400 ISO.

The Panasonic FZ100 is an impressive camera, with superior build quality, excellent handling, fast performance and a range of features better than almost anything else on the market. If you’re looking for an all-purpose camera with high-quality full HD video it’s worth considering, but less-than-stellar still image quality and limited battery duration are causes for concern. 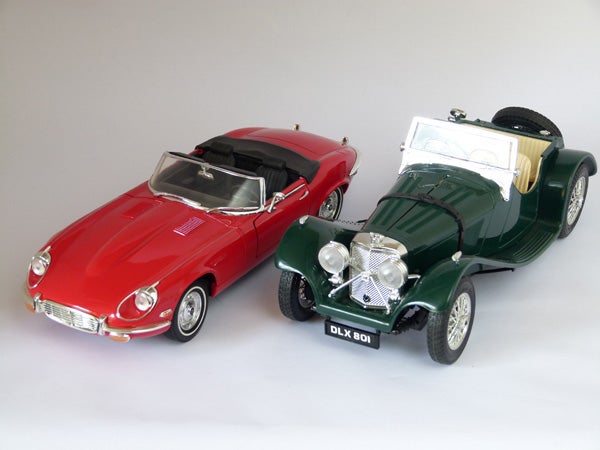 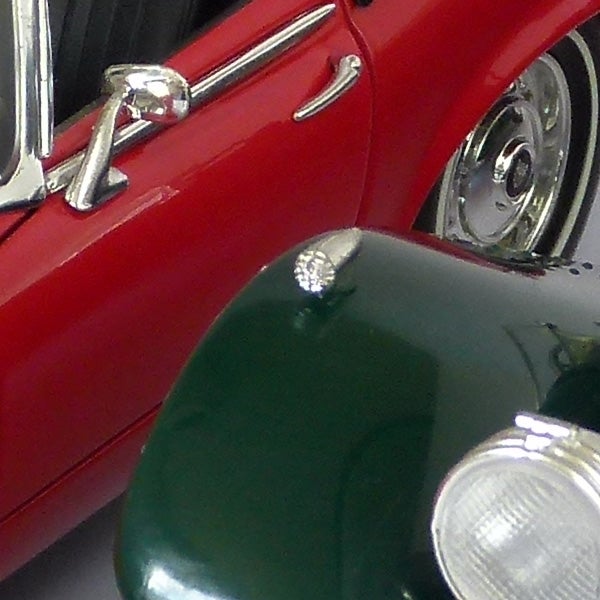 Even at the minimum ISO setting there is some slight unevenness to the colour. 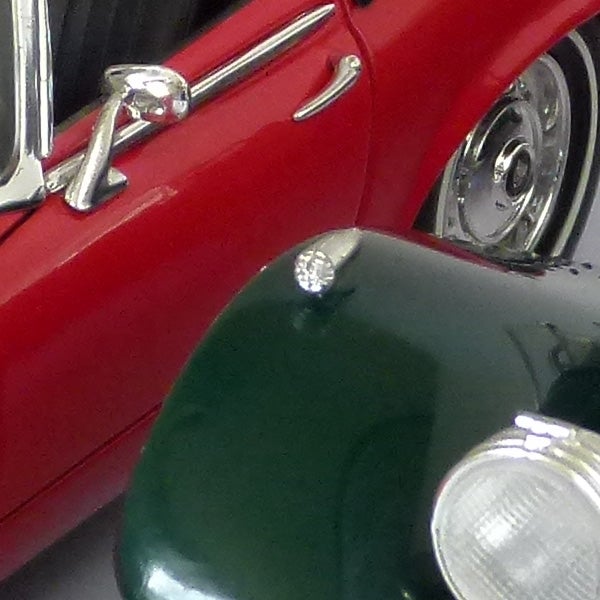 200 ISO is a little clearer, but the effects of noise reduction are visible. 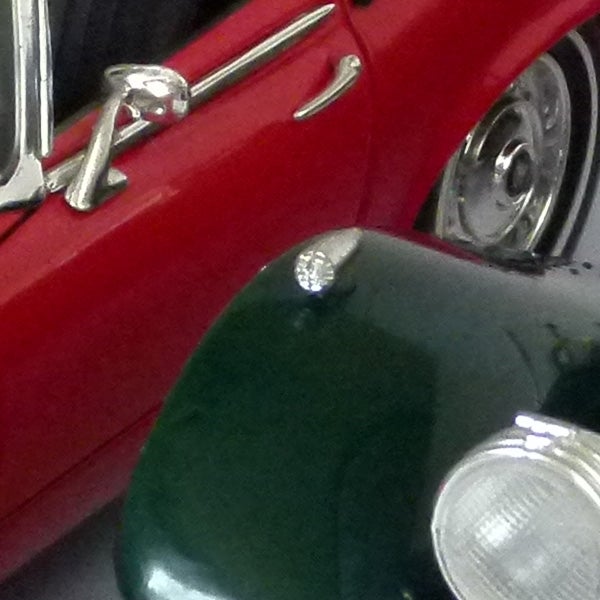 Noise reduction has reduced the detail even further at 400 ISO. 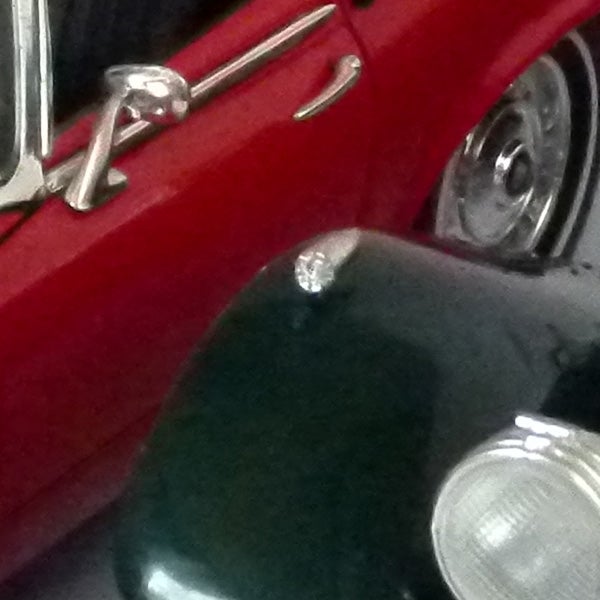 Image quality is greatly reduced at 800 ISO, with visible noise and little detail. 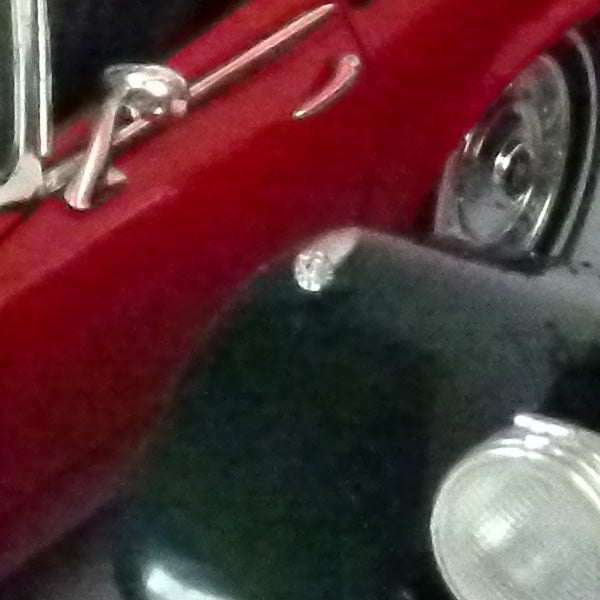 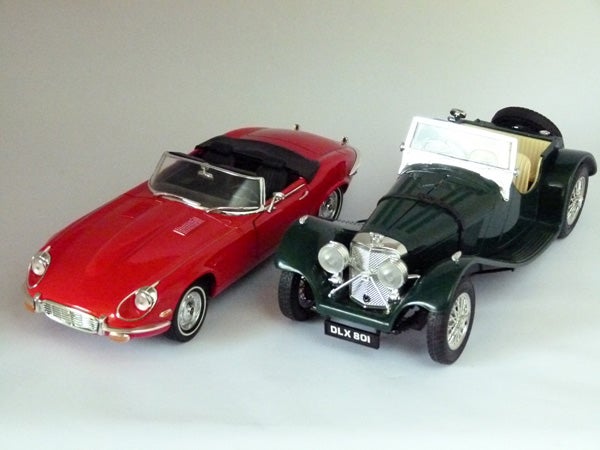 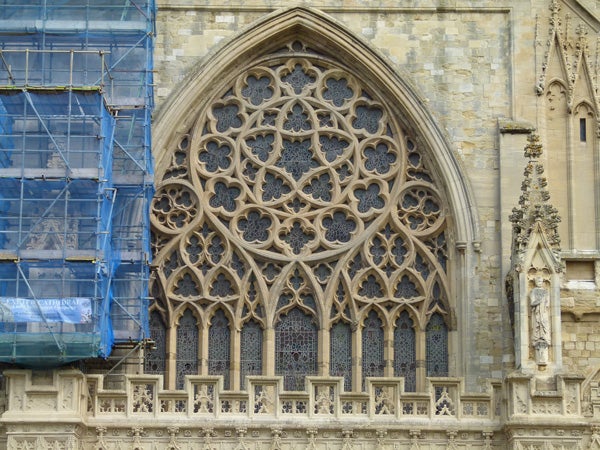 Here’s the usual detail test shot of the West Window of Exeter Cathedral, for you to compare with other cameras. See below for a full res crop, or click to see the whole picture. File size 5.3MB 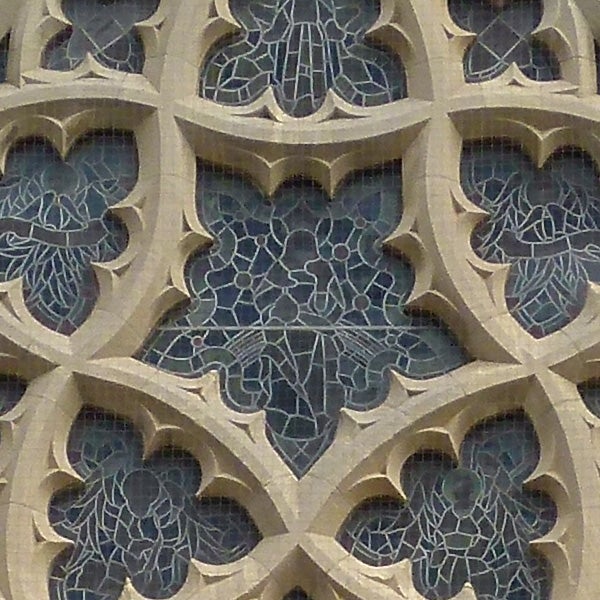 While the level of detail is high, but artefacts from image compression and noise reduction have spoiled the image quality. 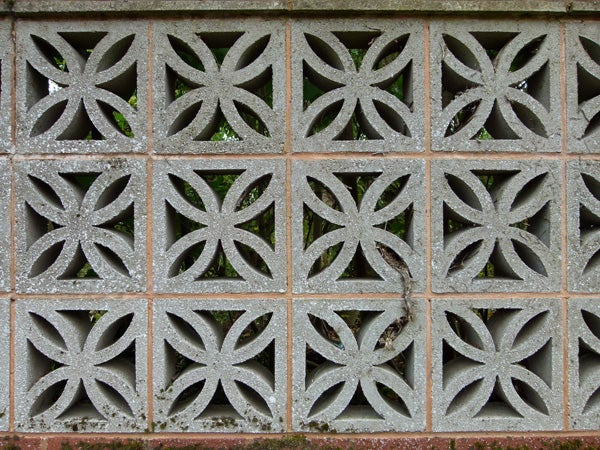 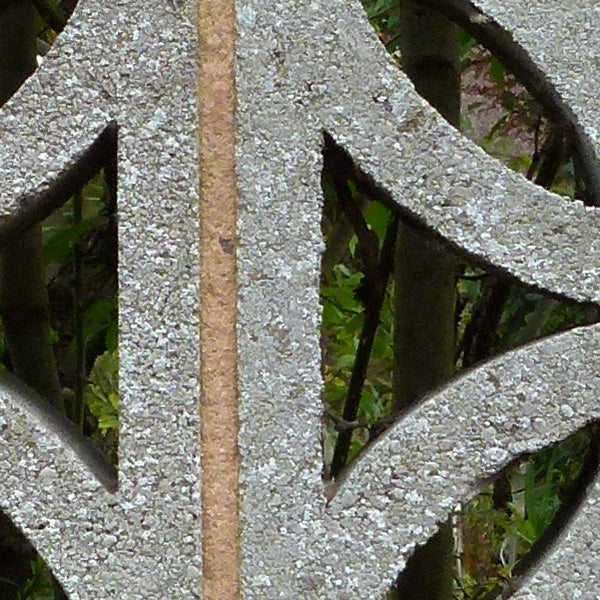 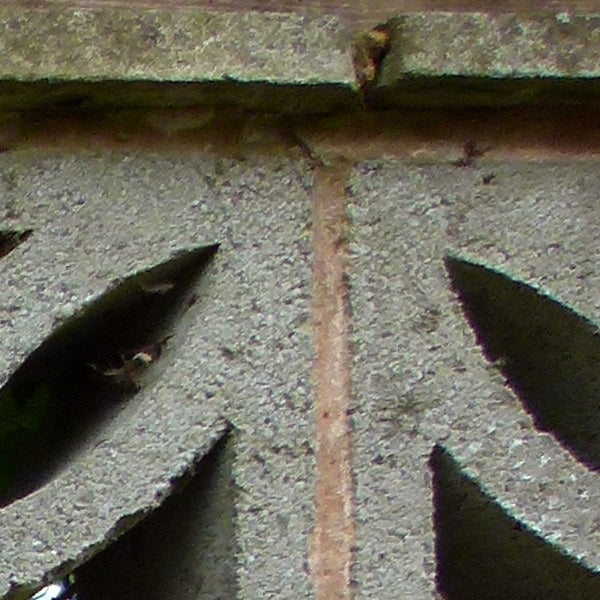 Corner sharpness is also good, but there is quite a bit of chromatic aberration. 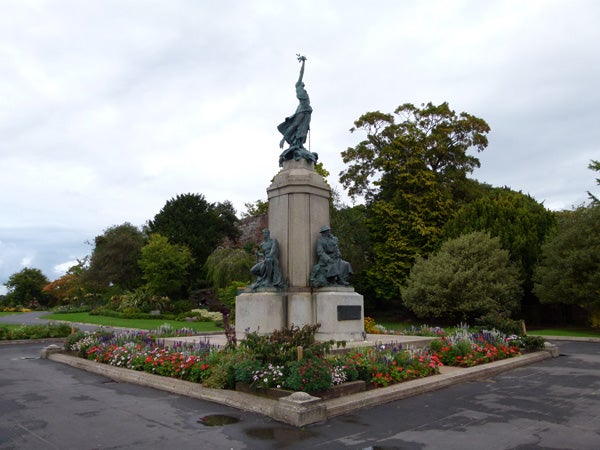 The wide angle end is equivalent to 25mm. 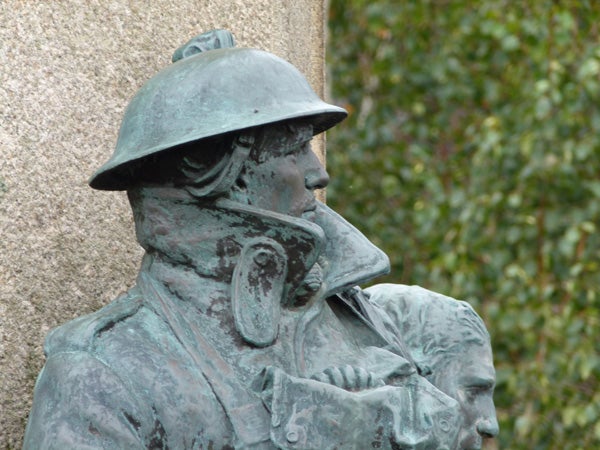 The telephoto end is equivalent to 600mm. 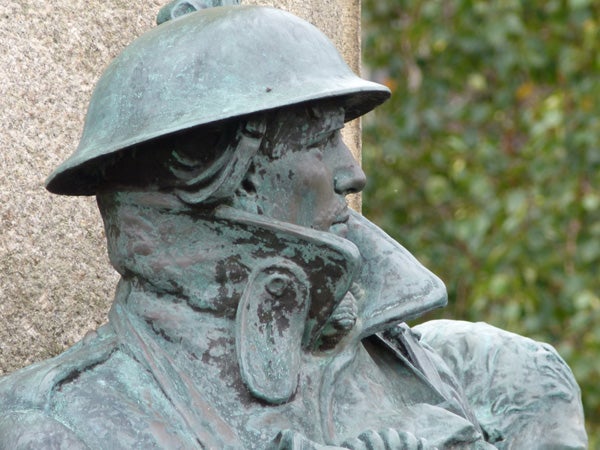 With Intelligent Resolution Technology the effective focal length can be increased to 700mm with little loss of image quality. 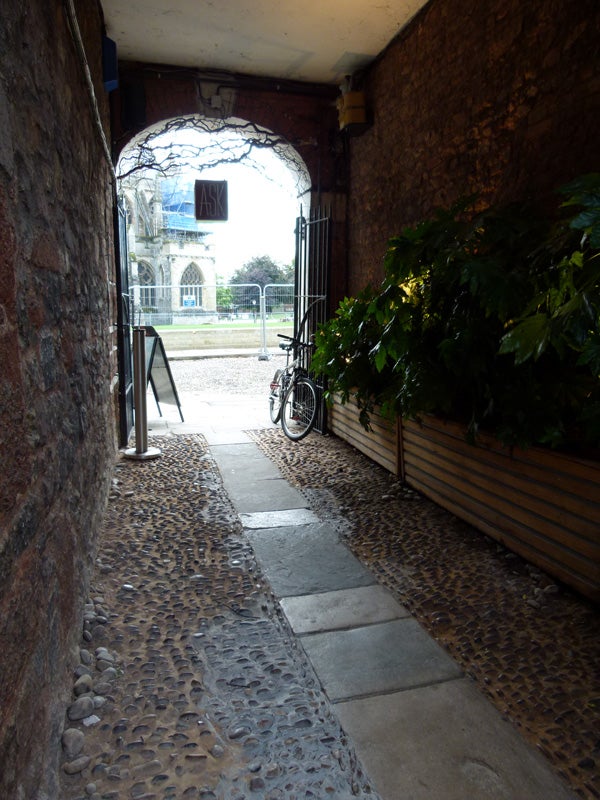 Dynamic range is pretty good for a 14MP small-sensor camera. 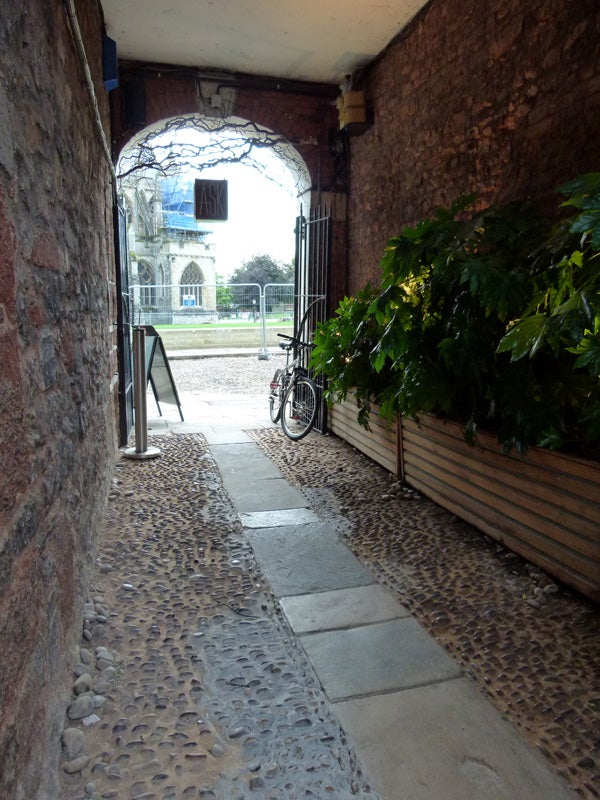 With Intelligent Exposure the shadow detail is greatly improved. 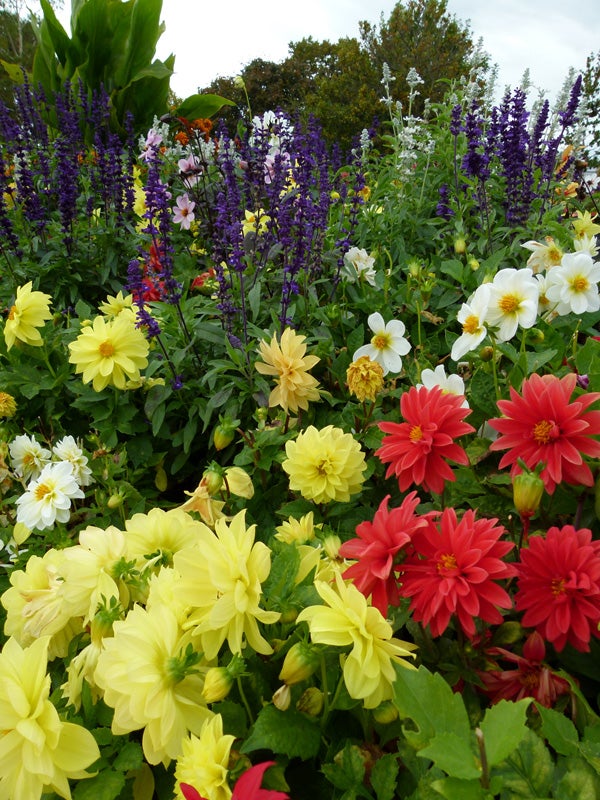