Over the past few years I’ve watched the development of Panasonic’s range of digital cameras with interest. Panasonic was a relatively late entrant into the camera market, launching its first models in September 2001. Its progress since then has been one of quality over quantity, and even today its digital camera range consists of only 16 models, including the L10 digital SLR and the new G1 interchangeable lens camera system. However those 16 cameras are some of the best you can get, and as a result Panasonic’s share of the digital still camera market has grown to the point where, at least in Europe, it is now second only to Canon overall, and is actually the market leader in digital compacts. When you consider innovative, high quality products like the Lumix DMC-FX500 this really isn’t at all surprising. 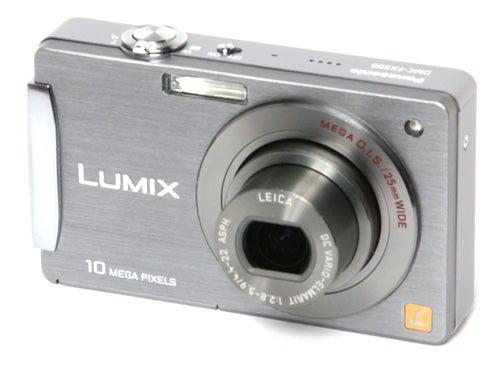 The FX500 is a 10.1-megapixel ultra-compact camera featuring a 5x zoom lens with a 25mm-equivalent wide angle and optical image stabilisation, and a three-inch LCD monitor with a touch-screen interface. Currently selling for just under £190 the FX500 is an expensive camera, but it does offer a lot of quality and performance for the money. The body is mostly aluminium, with a hard-edged shape that is unlike other models in Panasonic’s range. Build quality is exemplary, and the camera feels extremely strong and well made. It is available in black or silver, with both colours finished in an attractive brushed texture. 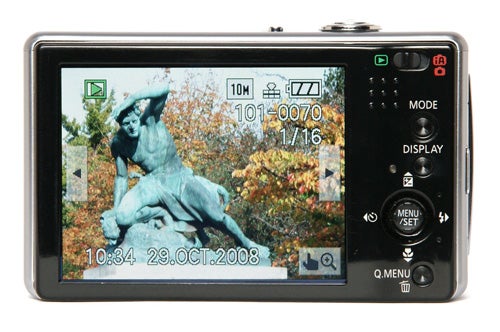 Unusually for a camera with a touch-screen interface the FX500 also has a complete set of conventional controls. This is because the touch-screen is only used for functions where it is actually an advantage, such as large buttons for main mode selection, fast and responsive sliders for aperture and shutter speed control, and the touch-operated AF/AE system. This is an extremely useful function, in which any object in the frame can be selected by touching the screen, and the camera then tracks the object if the camera moves, adjusting focus and exposure accordingly. If the object moves out of the frame, the camera remembers what it looks like for a few seconds and picks it up again if it comes back in. It is very impressive technology and works extremely well, even in quite low light.

The FX500 has an impressive list of features including many not normally found on point-and-shoot compacts, such as aperture priority, shutter priority and full manual exposure modes, with shutter speeds from 60 seconds to 1/2000th and aperture values from f/2.8 to f/8 available in 1/3EV increments. For snapshot shooting it also has conventional program exposure as well as Panasonic’s Intelligent Auto mode, in which all camera functions including scene mode, exposure and ISO setting are automatically controlled. 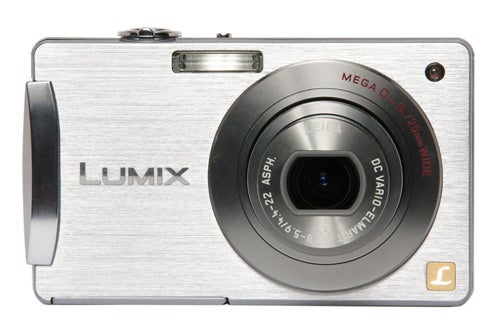 Main shooting mode is selected by pressing the Mode button, and then selecting the appropriate touch-screen panel. The camera has two menu systems; a quick live menu for commonly used options such as drive mode, AF mode, white balance, ISO setting and picture size, as well as a full main menu with four pages of options. The FX 500 is one of the few ultra-compact cameras I’ve seen that has not only adjustable contrast, saturation and sharpness, but also adjustable noise reduction, something usually only found in digital SLRs and high-spec semi-pro cameras.


The FX500’s other main feature is of course the Mega OIS, Panasonic’s optical image stabilisation system. This system has won much well-justified praise, and it is one of the most effective on the market, but it is not infallible. I found some camera shake in a shot taken at 1/60th of a second with a focal length equivalent to 75mm, which I would not have expected to see. 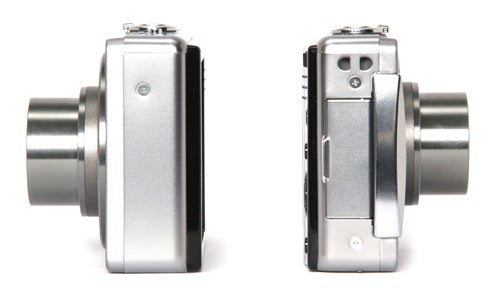 As well as these features the FX500 also has a good video mode, shooting at a maximum resolution of 1280 x 720 pixels (widescreen format) at 30 frames per second with mono audio. The optical zoom cannot be used while filming, but the image stabilisation system is active.

The FX500’s overall performance is just as impressive as its specification. It starts up in a little over two seconds, which is nice and quick, and shuts down again even faster. In single-shot mode at maximum image quality its shot-to-shot time is approximately two seconds, while in unlimited continuous mode it can shoot at approximately 1.3 frames per second, adjusting exposure and focus for each shot and including both an audio cue and a live monitor view, which is pretty impressive. There is also a burst mode which fires up to three shots in just under 1.5 seconds.

The FX500 has multiple focus area modes, including several that are labelled as being high speed. These modes are indeed slightly quicker, but even the non-high-speed modes are not exactly slow. Focusing is quick and accurate in good light, although it does slow down somewhat in lower light conditions. However the low light focusing is exceptionally good, and if it can’t achieve focus it sets the lens to pan-focus, so that everything from about 50cm to infinity will be reasonably sharp. This is a lot better than setting focus to infinity as most cameras do in this situation.


With such excellent design and performance it would be a shame if image quality was to let the camera down, but thankfully this is not the case. The 10.1MP sensor records a good level of fine detail, and the Leica-branded lens provides plenty of it, with a minimum of wide-angle distortion and excellent corner sharpness, although some of this may be due to distortion correction by the image processor. Colour rendition in the default setting is very natural, with good detail in saturated areas. The dynamic range is also better than average for a 1/2.33-in 10MP sensor. The exposure meter tends to favour highlights, but the sensor recodes good shadow detail which can be brought out in post-processing. 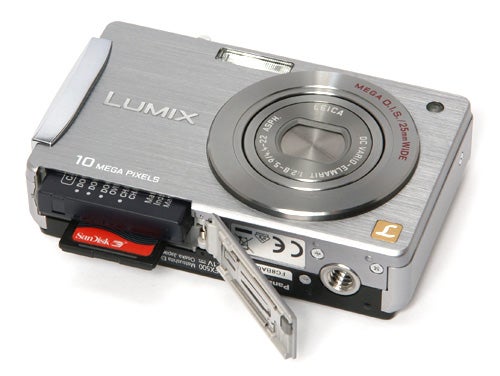 Noise control has previously been Panasonic’s Achilles’ Heel, but the company has made a lot of progress in this area lately. The FX500 produces good clean images at 100 and 200 ISO, and at 400 ISO the noise reduction is a lot less heavy-handed than it used to be. There is even still some fine detail at 800 ISO, although image quality at the maximum 1600 ISO setting is a bit ropey.

The Panasonic FX500 is a superbly well made camera with a wide range of useful features and arguably the best implementation of touch-screen technology on any current compact camera. It looks great, performs well, and produces superior image quality. It may be expensive, but there’s no doubt it’s worth every penny.

”Over the next few pages we show a range of test shots. On this page the full size image at the minimum and maximum ISO settings have been reduced to let you see the full image, and a series of full resolution crops have taken from original images at a range of ISO settings to show the overall image quality. These ISO test images are shot indoors using reflected natural light for maximum consistency.” 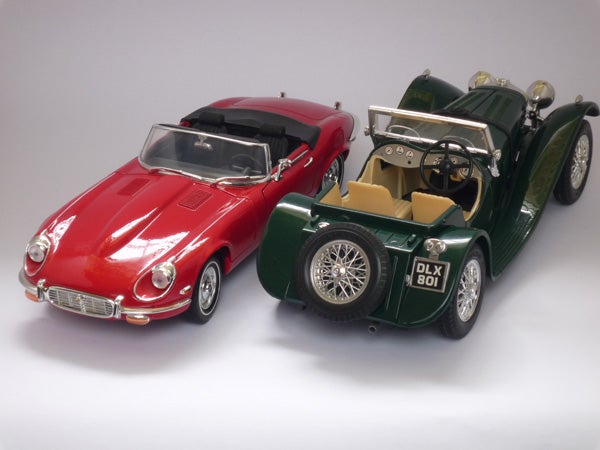 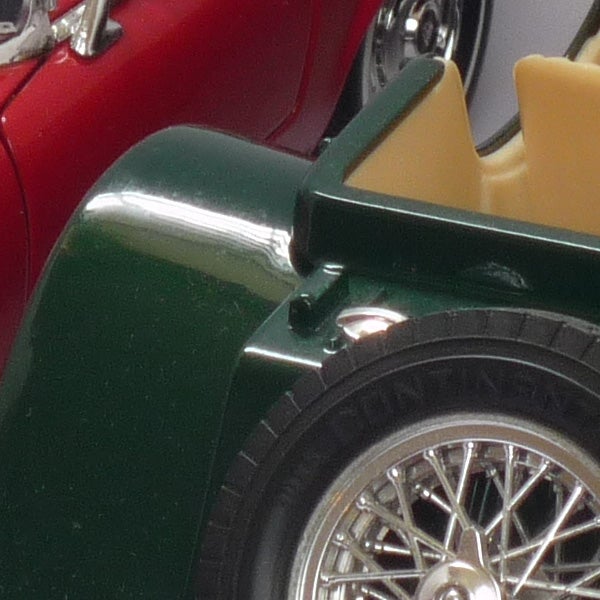 The image is clean and sharp at 100 ISO, with no visible noise. 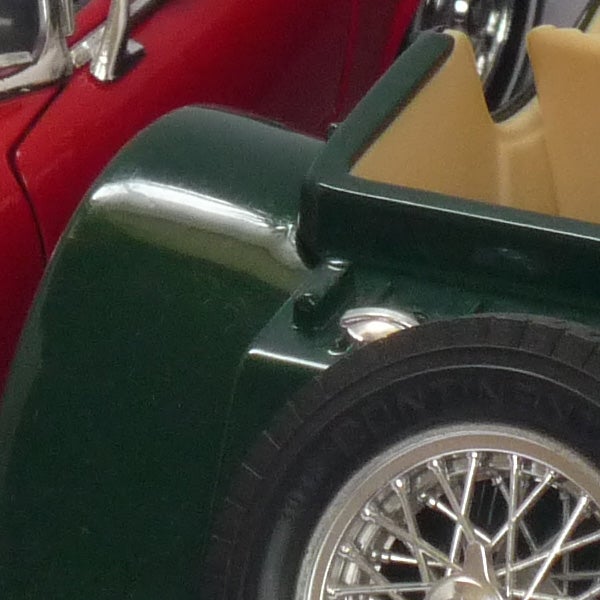 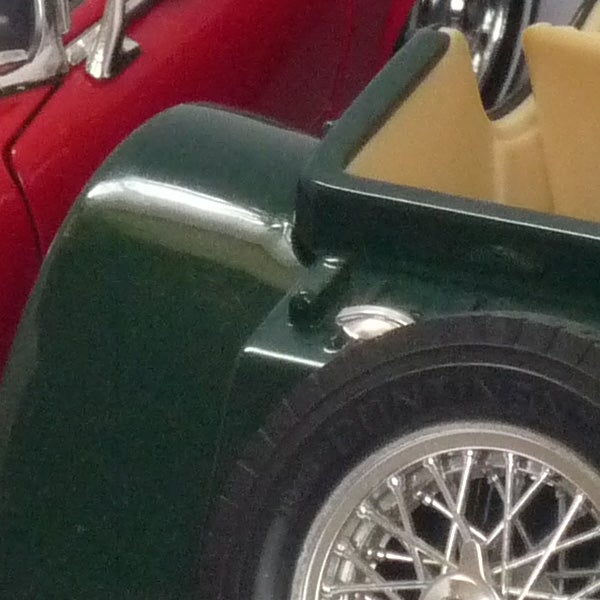 Noise reduction is starting to kick in at 400 ISO, but the image quality is still pretty good. 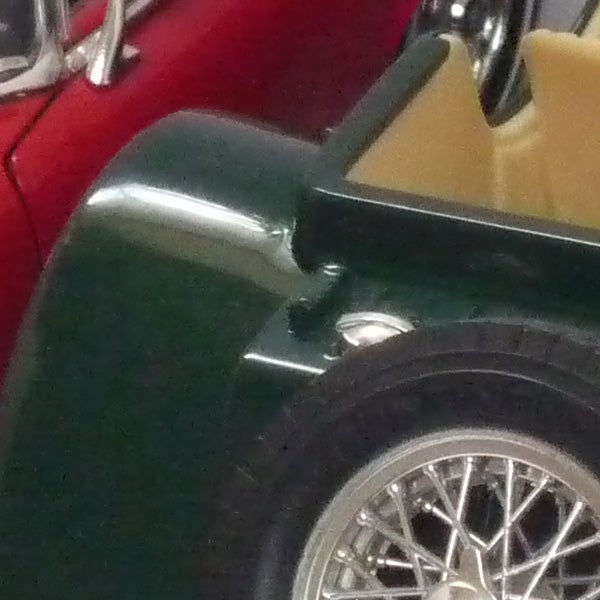 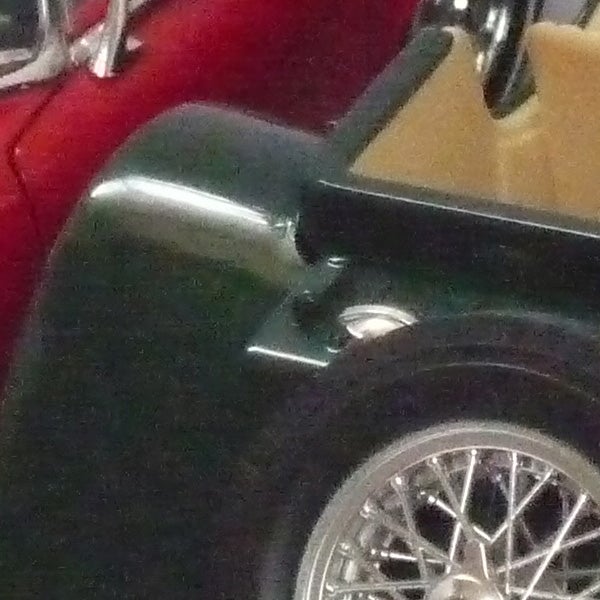 Colour reproduction has suffered at 1600 ISO. 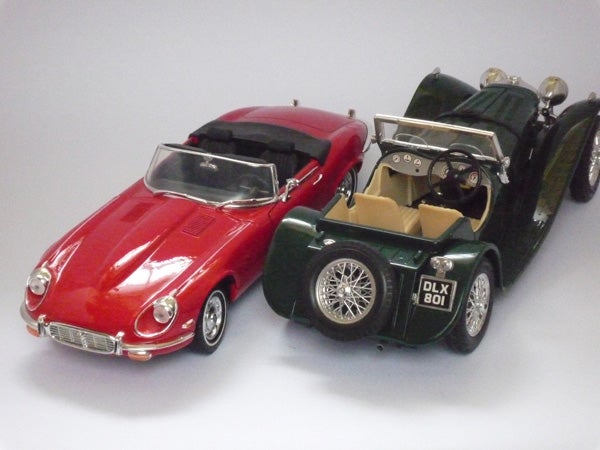 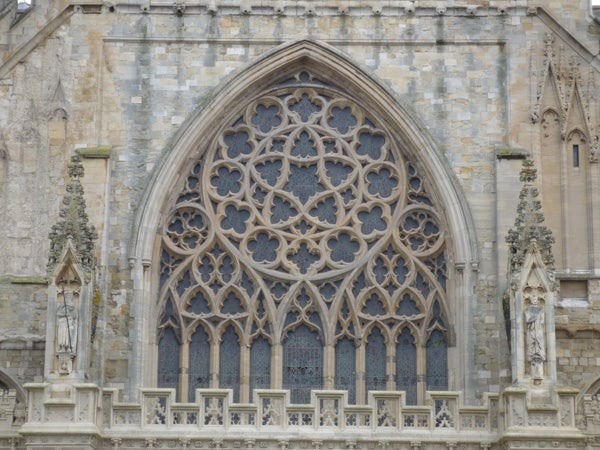 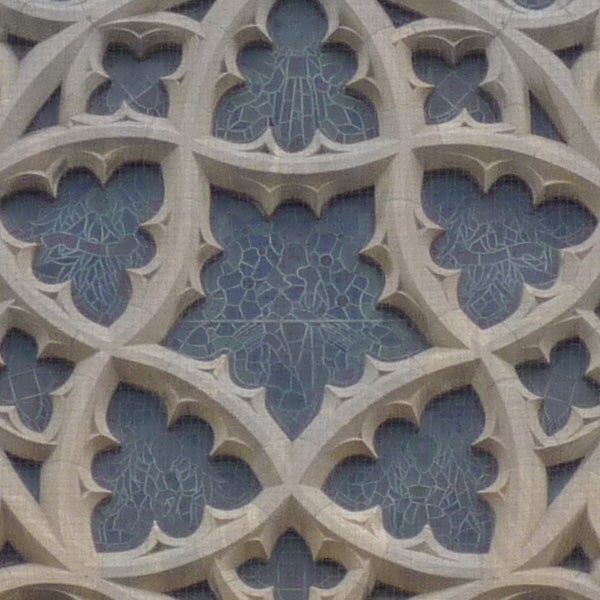 Despite the grey overcast day the FX500 has managed to capture a lot of fine detail. 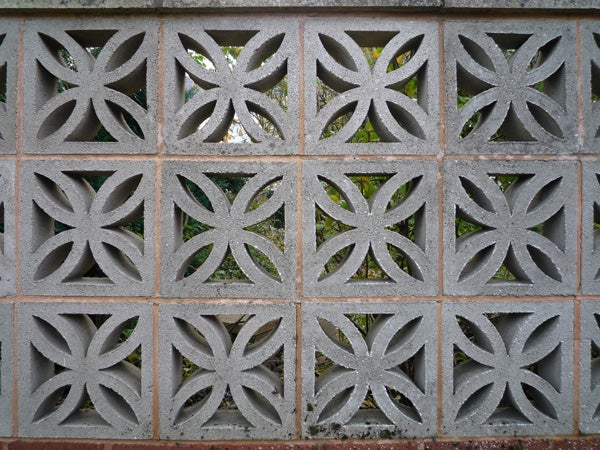 The Leica-branded lens produces virtually no wide-angle barrel distortion – or is it all done in processing? 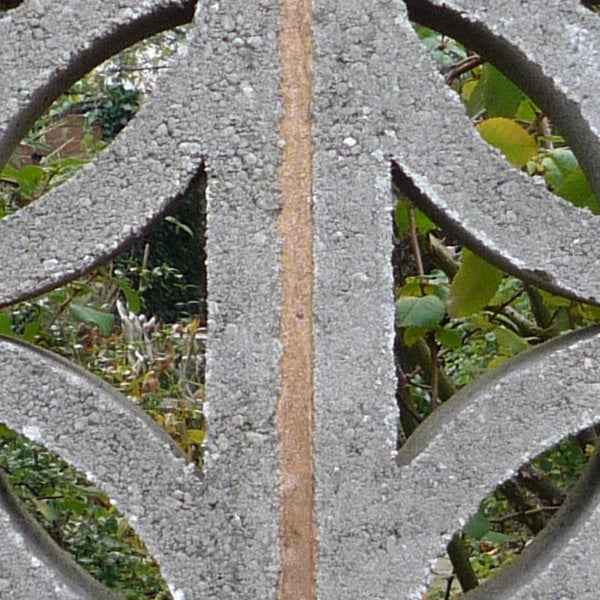 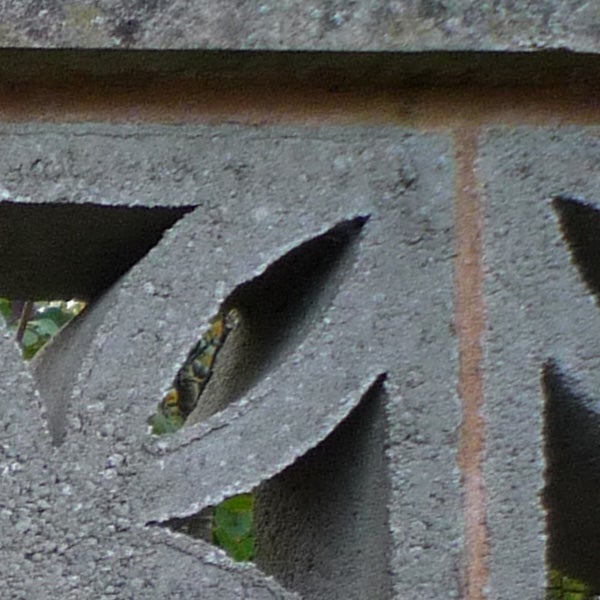 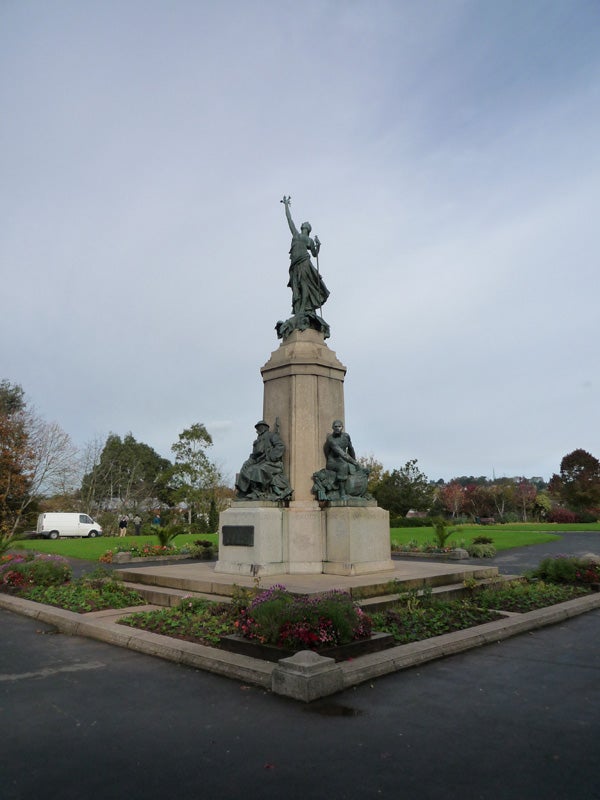 The wide-angle end is equivalent to 25mm, very wide for a compact camera and ideal for panoramic landscapes or large group shots. 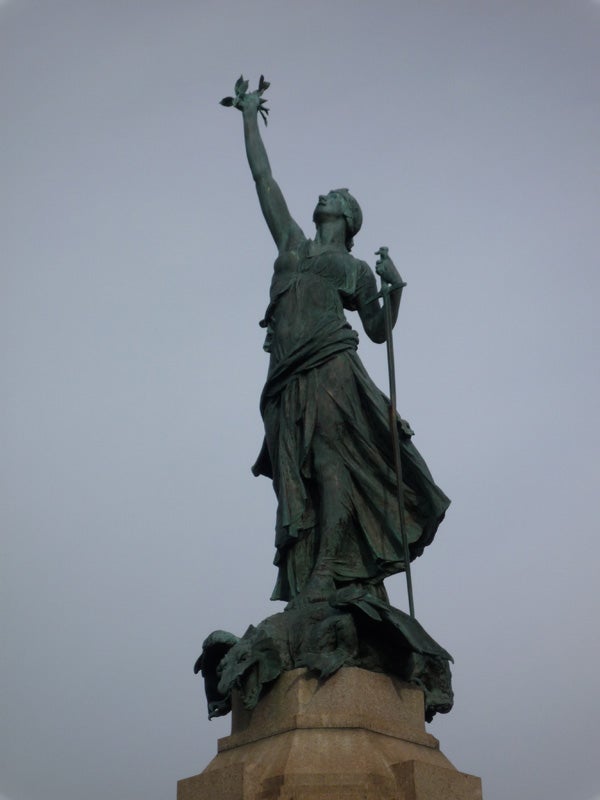 The telephoto end is equivalent to 125mm, not exactly a telephoto, but longer than average. 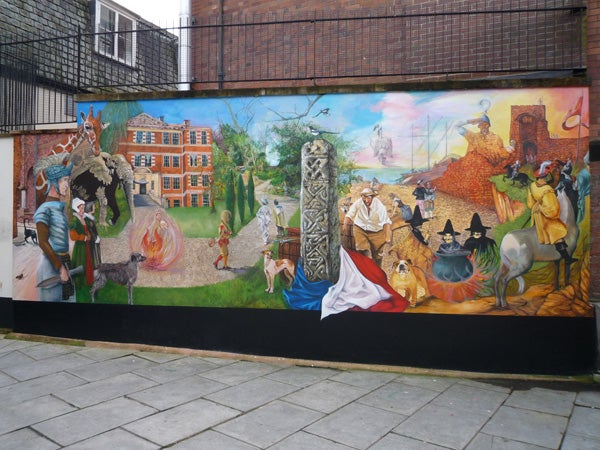 Colour reproduction is excellent, and remarkably this mural has now been up for a couple of months and still hasn’t been defaced by taggers. 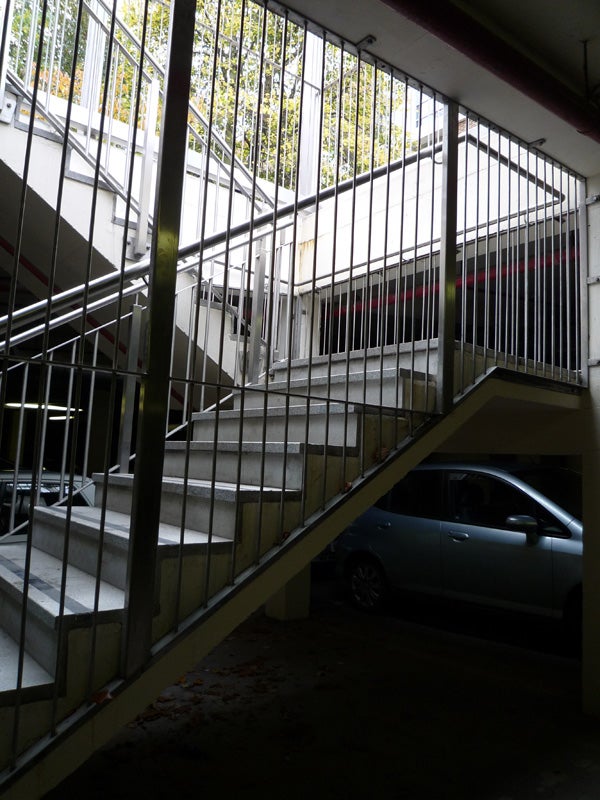 Dynamic range is actually pretty good, and the exposure meters for the highlights.