There are many digital cameras available for less than £100, but very few of them are worth buying. Most have badly-made plastic bodies, low quality lenses, slow and clumsy performance and worse image quality than some mobile phone cameras. At this price level even models from well-known brands are best avoided. Rather than buying the cheapest camera you can find, it’s usually a better idea to save up another £30-40 and get something that’s actually worth having. 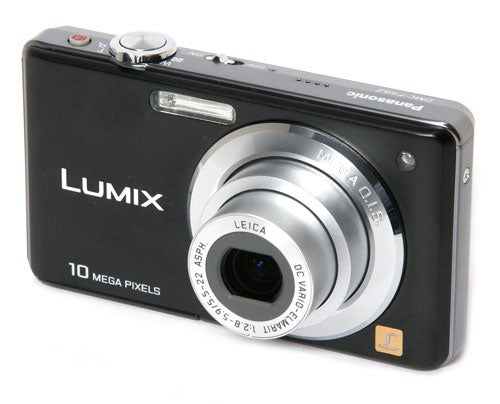 While this is a good rule of thumb, like all rules there are one or two exceptions, and some of them are quite surprising. Panasonic has a well-earned reputation for making some of the best digital cameras you can buy, but it has a parallel and equally well-deserved reputation for those cameras being very expensive. However at the bottom of Panasonic’s compact camera range we find the Lumix DMC-FS62, featuring a 10.1-megapixel sensor, a high quality Leica 4x zoom lens complete with optical image stabilisation, and a decent 2.5-inch monitor screen all wrapped in an attractive and durable all-metal body. It has the kind of performance you’d expect from a top-of-the-range model, with image quality to match, but costs as little as £100 from some online retailers. 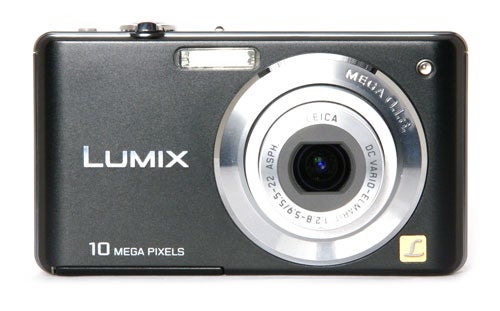 Most budget cameras look cheap, but the overall design of the FS62 is, at first glance at least, almost indistinguishable from Panasonic’s top-of-the-range consumer compact the £200 DMC-FX60, and it certainly looks and feels a lot more expensive than it actually is. It’s a very slim and stylish camera, measuring 97 x 54.4 x 21.2mm and weighing just 136g including battery and memory card, making it an ideal companion for social snapshot photography.

The control layout is very straightforward, with a D-pad, three buttons and Panasonic’s usual slider switches for power and record/playback modes, but instead of the rotary mode dial of more expensive models it has a simple button which cycles through the various shooting modes. The FS62 has both a main menu and an on-screen live menu, and both are well designed to make the camera very easy to use, and all the controls operate quickly and smoothly. 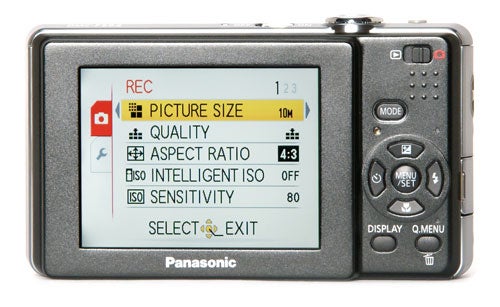 As with most budget compacts the FS62 isn’t exactly overloaded with features, and lacks one or two useful refinements including spot metering or colour controls such as saturation, contrast and sharpness adjustment, but on the plus side it does have Intelligent Auto mode with automatic scene recognition, as well as a useful selection of 25 scene mode programs and an option to save your own My Scene Mode program as well.


It’s very rare to find a budget camera with anything other than digital image stabilisation, but the FS62 has Panasonic’s excellent Mega OIS optical image stabilisation system, although it may be an older version of the system. I found that hand-held shots at shutter speeds as fast as 1/20th of a second were still prone to blurring caused by camera shake. 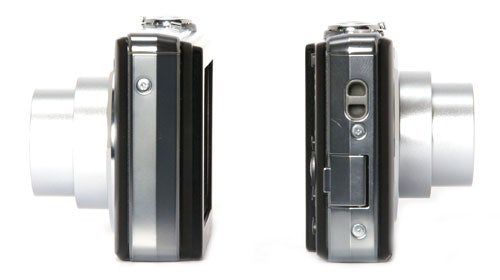 The LCD monitor is a little small by recent standards at only 2.5 inches, but its 230 resolution is nice and sharp, and it has a very good anti-reflective surface. It does however have a somewhat restricted angle of view, especially when viewed from below, which is annoying if you need to hold the camera above your head, such as when shooting over the heads of a crowd.


The video recording mode is also a bit basic by recent standards but is better than many other budget cameras, shooting at 848 x 480 (WVGA) resolution at 30fps, with clips limited to 15 minutes. As usual with cheaper cameras the optical zoom cannot be used while recording.

The FS62’s performance is remarkable for a budget camera. It starts up in approximately two and a a half seconds, and in single-shot mode it has a shot-to-shot time of approximately 1.7 seconds, which is quick by any standard. Its performance in continuous shooting mode is even more impressive, shooting at a consistent 1.6fps at full resolution. There aren’t many cameras that can match this even at twice the price.

The autofocus system isn’t particularly fast, but it is accurate and reliable, and operates well in low light. It has an AF assist lamp for operation in very low light, but it has a relatively short range of only about 1.5 metres. The flash is also a little underpowered, and doesn’t live up to its claimed 6.3m maximum range except at very high ISO settings. It is well metered however, and avoids burning out highlights at close range.


Image quality is often a problem with budget cameras, but not so with the FS62. Exposure metering and colour rendition are extremely accurate, and the optical quality of the lens lives up to the Leica name, with excellent corner-to-corner sharpness, minimal barrel distortion and no visible chromatic aberration at any focal length. Noise control isn’t quite up to the standards of Panasonic’s more expensive cameras, but it is far from disappointing, producing consistently usable results at 400 ISO, although the harsh noise control at 800 and 1600 ISO significantly reduces fine detail. Dynamic range is also better than average, with good shadow and highlight detail in all but the highest contrast lighting, although highlights do tend to over-expose. There are cameras that cost twice as much that can’t match the quality of the FS62, making it outstanding value for money. 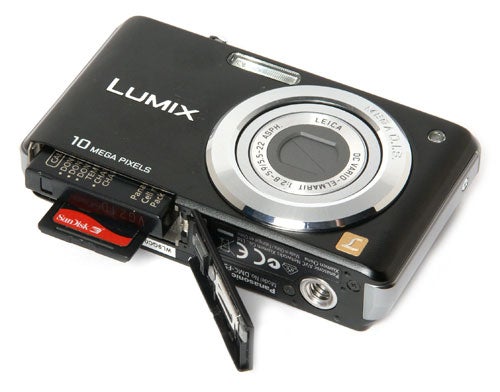 
With the kind of build quality, performance and image quality usually associated with cameras costing twice the price, the Panasonic Lumix FS62 represents possibly the best value for money of any current compact camera. A genuine bargain.

”Over the next few pages we show a range of test shots. On this page the full size image at the minimum and maximum ISO settings have been reduced to let you see the full image, and a series of full resolution crops have taken from original images at a range of ISO settings to show the overall image quality. These pictures were taken indoors using a tungsten light. ” 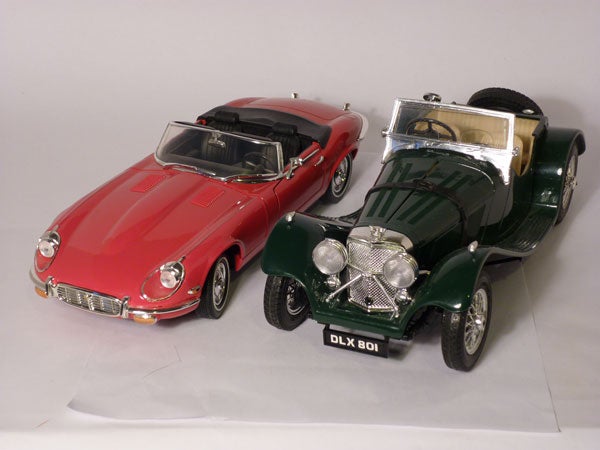 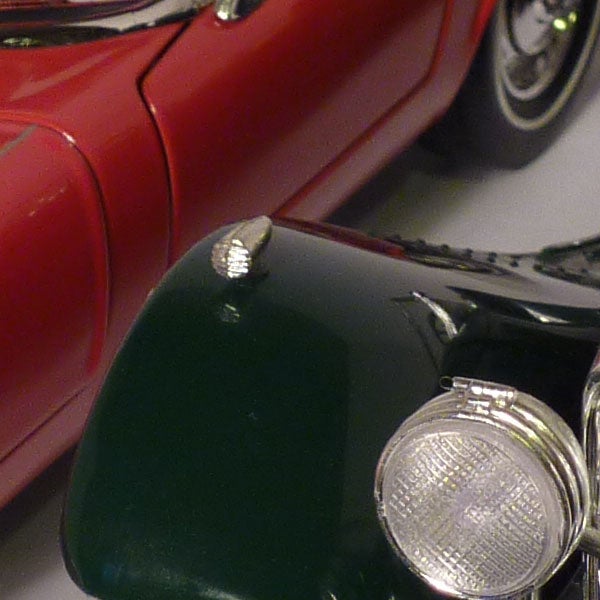 At the minimum ISO setting the image quality is very good. 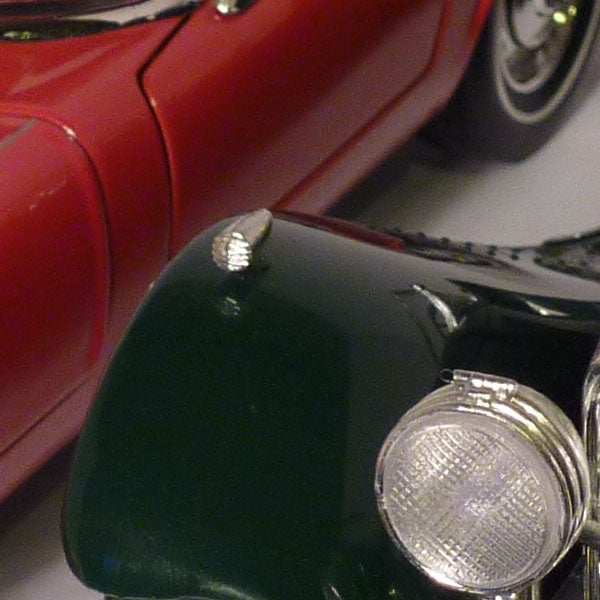 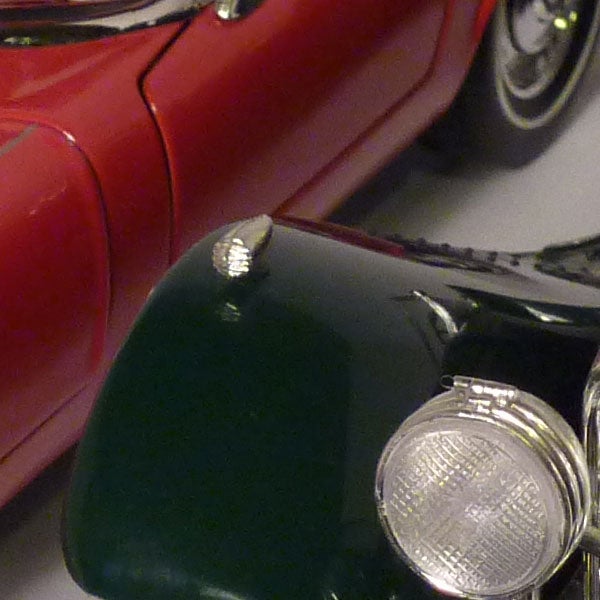 There’s a bit of colour distortion in the green channel at 200 ISO. 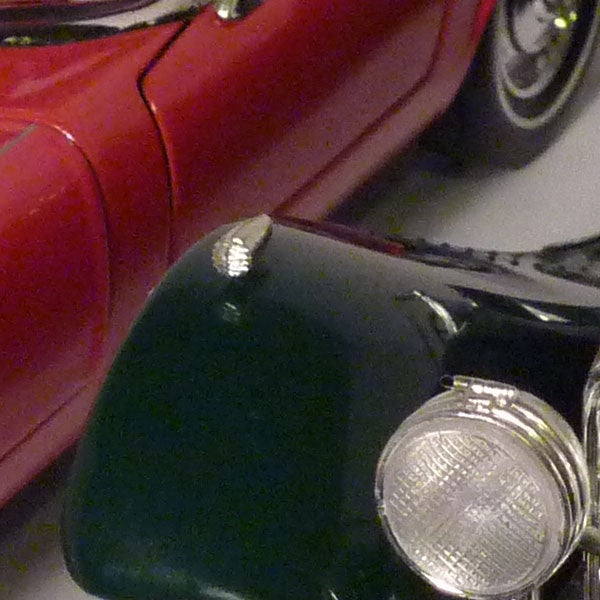 Both chroma and luminenece noise is visble at 400 ISO. 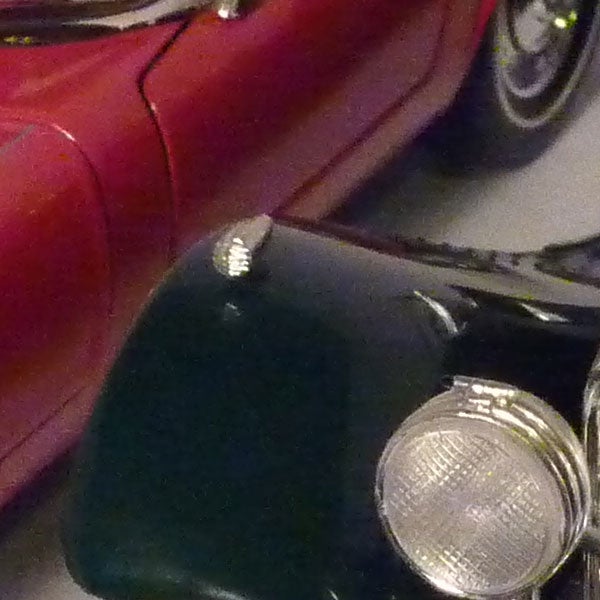 800 ISO is getting quite noisy. 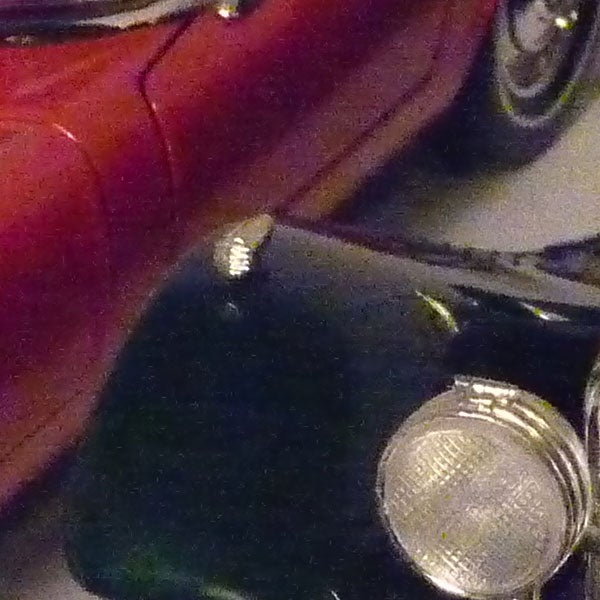 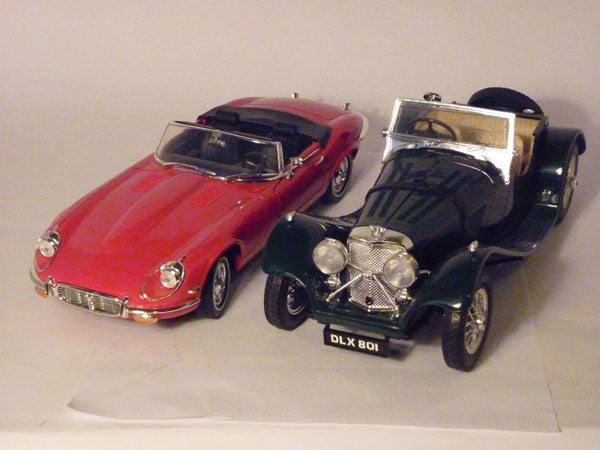 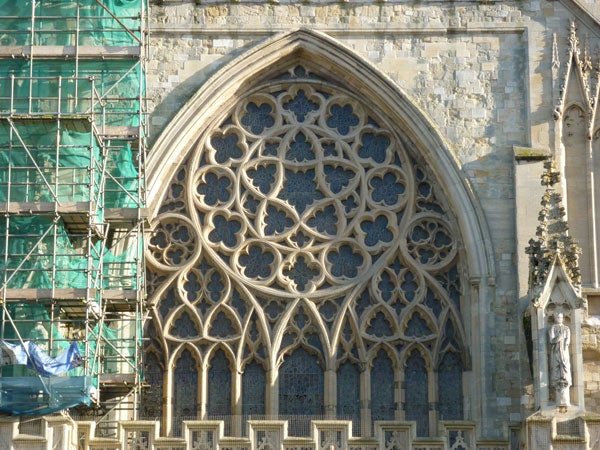 Here’s the usual detail test shot of the West Window of Exeter Cathedral, for you to compare with other cameras. See below for a full res crop, or click to see the whole picture. The downloadable file is approximately 5.0MB. 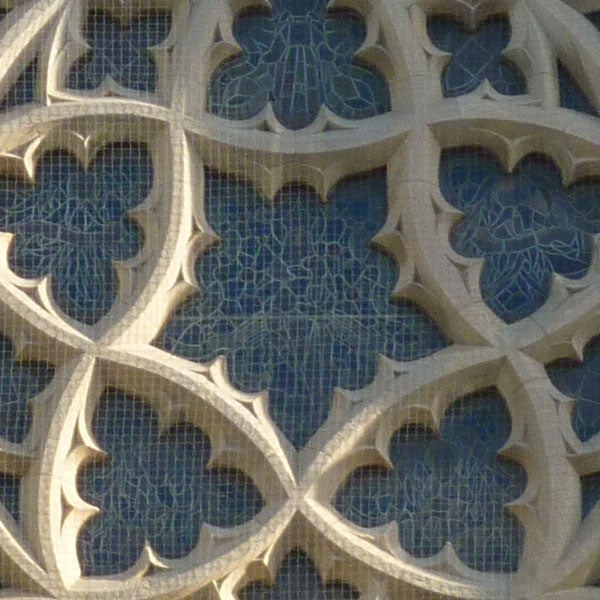 The level of detail is excellent for such a cheap camera. 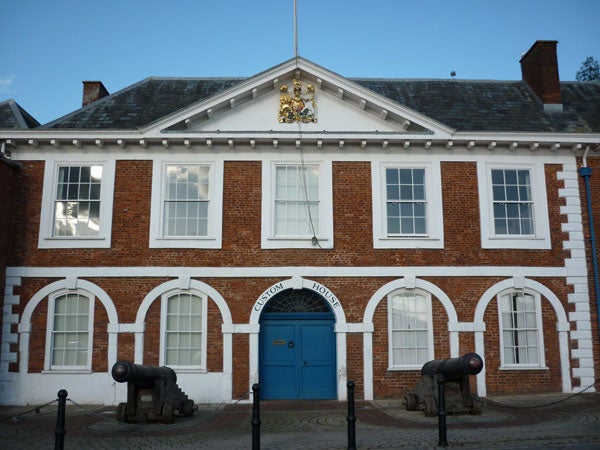 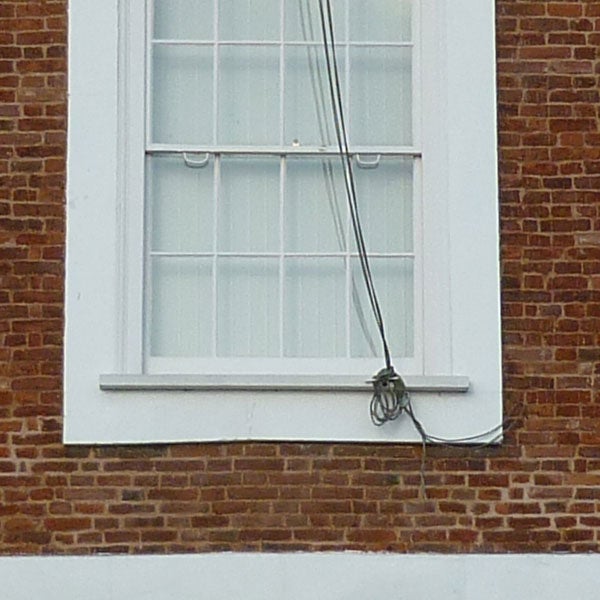 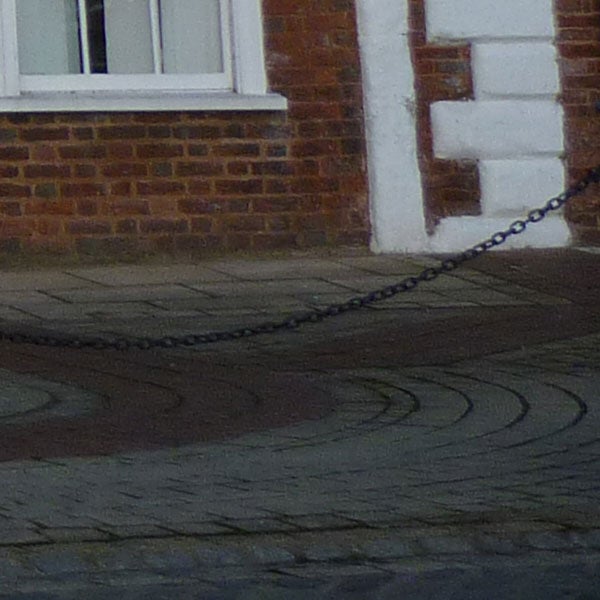 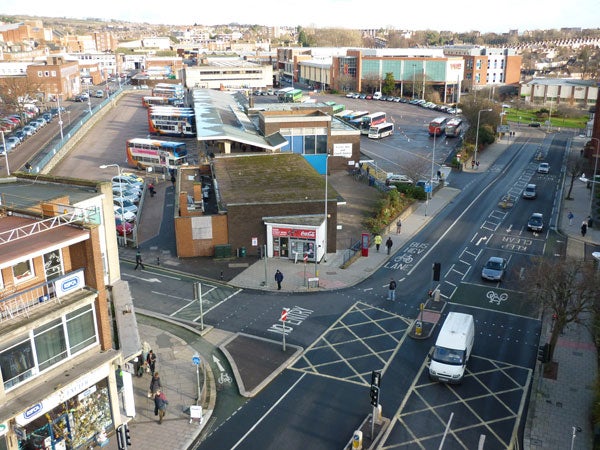 The wide angle is equivalent to 33mm. 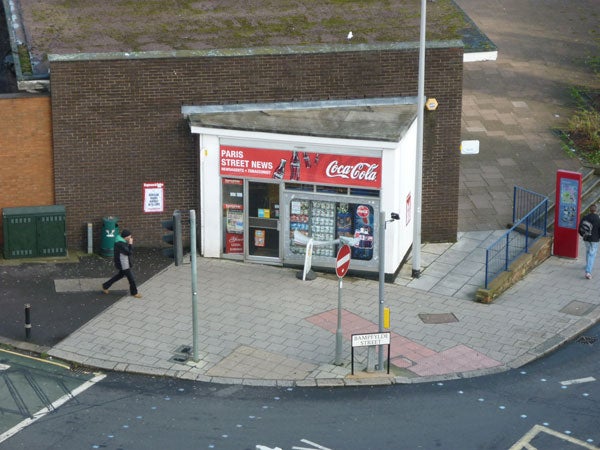 The telephoto end is equivalent to 132mm. 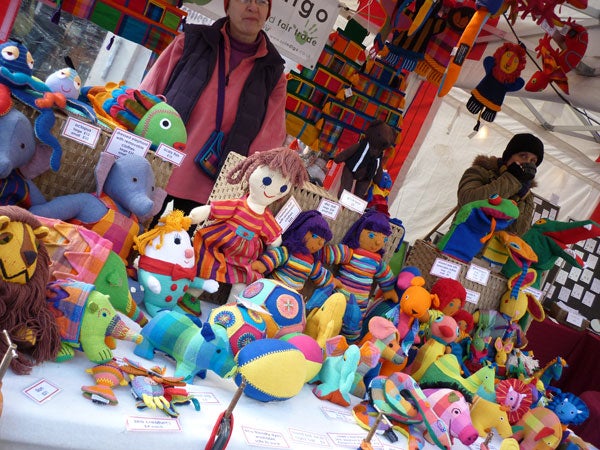 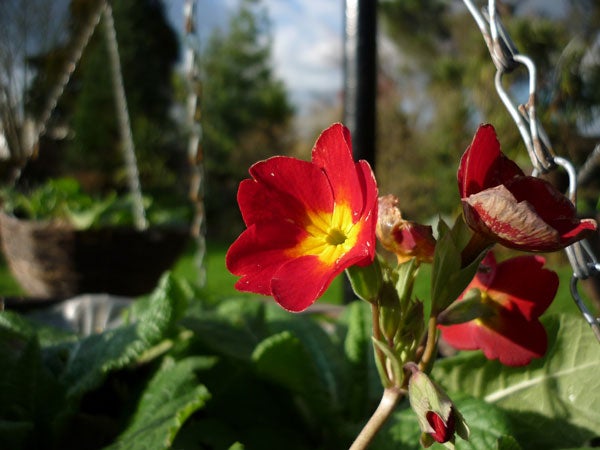