In the days before mobiles and ‘in-line’ phone sockets, the telephone was a piece of the furniture. Every house had one. It was screwed to the wall, or took pride of place in the living room on the sideboard. And it was built to last.


Now, telephones are high tech. They’re wireless. They’re digital. They’re cheap and, all-too-often, it shows. In fact in a bare-knuckle fight between the old-style dial phones and most modern DECT handsets, it would all be over in the first round. 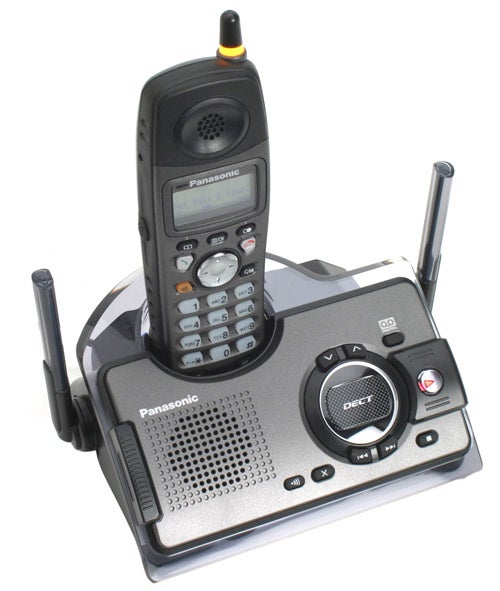 Panasonic is looking to redress the balance with its KX-TCD290 wireless DECT phone, however. It’s a modern phone that’s as rough, tough and rugged as an old fashioned dial phone, and designed to withstand a whole lot more.


It certainly feels as if it has been on a strict training regime. Pick it up and it feels a bit of a heavyweight, but very sturdy and solidly built at the same time. Around the edges of the phone is thick rubber trim, the buttons have a good, positive action to them too, though disappointingly – gardeners take note – they’re a little too small to be usable with gloved hands.

The earpiece has a soft-touch rubber surround on it, which makes long conversations less of a pain in the ear. There’s a socket on the handset for a headset, should you be too lazy to pick the thing up, and this also has a pretty rugged-looking rubber cover on it.


Most crucially, perhaps, the battery cover has been given the tough-guy treatment. This is most DECT phones’ glass jaw – drop them once in the wrong place and you’ll have to use tape to keep the battery cover on forever more. The KX-TCD290’s cover, however, is made of sterner stuff.

It’s built from plastic three millimetres thick and has an external clip that locks it in place and, under the cover, the battery is protected from the ingress of dust and water with another rubber seal.


All of this makes the KX-TCD290 pretty hardy. And though it won’t withstand a dunking, Panasonic claims it is splash proof, dust proof and shock resistant. Now there’s only one way to test these sorts claims, so I set about giving it some real world abuse. 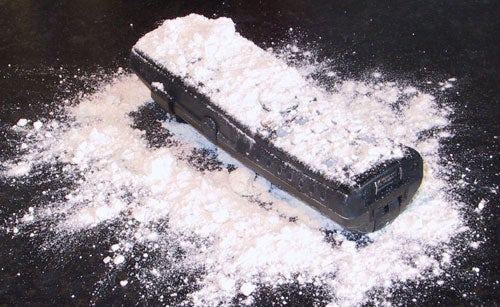 From table height I knocked it onto carpet, lino and concrete. I poured a glass of water on it, I stepped on it and ground it into the dirt. Finally, for good measure, I sprinkled it with a handful of flour to see how dust resistant it really was.


And it came out relatively unscathed. Apart from the odd small scuff mark, which you’d expect after this sort of treatment, the KX-TCD290 looked as good as new once I’d shaken the flour out of the earpiece and dried it off. 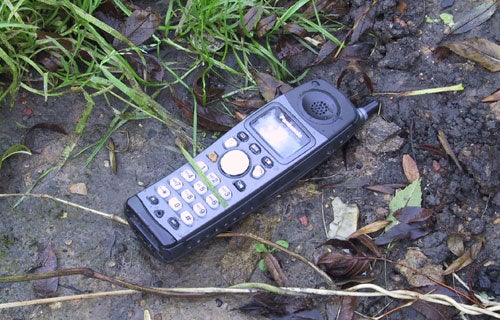 Of course it’s not all about being rugged – it wouldn’t be much good if the phone was a pig to use. Luckily that’s not the case here. The KX-TCD290 is extremely well-designed and easy to use, typical of Panasonic DECT phones, with a menu system you can understand without having to consult the manual every time you want to do anything more complicated than answer a call.


And it’s just as well because this phone is stuffed with features. There are fifteen polyphonic ringtones to choose from (including Jingle Bells if you’re feeling festive). You get dual phonebooks – a handset one that will store 200 numbers and a shared one that will store 20 on the base station. 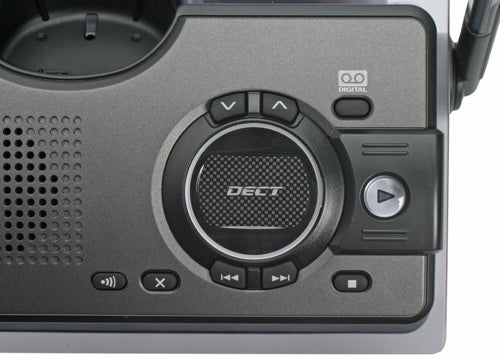 If you subscribe to the appropriate BT service, you can use the phone to send and receive SMS texts, and there’s even a ‘night mode’ that lets you set the phone not to ring at certain times – so you can get your beauty sleep. It has a call log like a mobile phone, and a decent speakerphone mode as well.


Call quality is exceptional and, thankfully, it goes loud enough so you can still hear the person on the other end of the line in noisier environments. Garage mechanics, keen DIYers and parents with noisy children will find this particular feature a real bonus.


The dual aerials on the base station give it good range: I was still able to make calls without interruption from the bottom of my garden with the base station in the house behind a thick brick wall. That’s a distance of around 75m in total. And, last but not least, the phone has an answer facility that allows you to dial in and access messages remotely, though the 15 minutes of recording time and 64 message limit is a little on the mean side.


That’s merely a small grumble, however. In every other respect this is a high quality phone. It is well made, easy to use, has a good range and lives up all of its claims as a rugged phone built for more demanding environments.


It’s also packed with features and, for what you get, is reasonably priced. It might sound pricey at £70, but considering this prizefighter is likely to last at least twice as long as other cheaper models it really isn’t that much to ask.