The HX600 comes up a little short in terms of smart features, but this minimum-fuss TV offers a solid enough picture performance for the money.

The Panasonic HX600 (TX-50HX600) sits towards the tail end of the Japanese TV manufacturer’s 2020 4K TV line-up, featuring support for Dolby Vision as well as some smart capabilities.

The emphasis with the Panasonic TX-50HX600 is principally about value. Its feature set will likely appeal to those looking for a relatively inexpensive TV offering decent smart functionality and enjoyable picture quality.

The Panasonic HX600 has a price of £599 in the UK. It’s not available in any other country that Panasonic sells TVs in.

Much like Panasonic’s OLEDs, the HX600 sports a decidedly unflashy aesthetic. The bezel that surrounds the display is thin, save for some acceptable chunkiness at the bottom, and the all-black finish reinforces its unassuming look. In terms of dimensions, at 704 x 1119 x 221mm (HWD) it’s a shade thinner and not quite as tall as the Philips 50PUS8545. 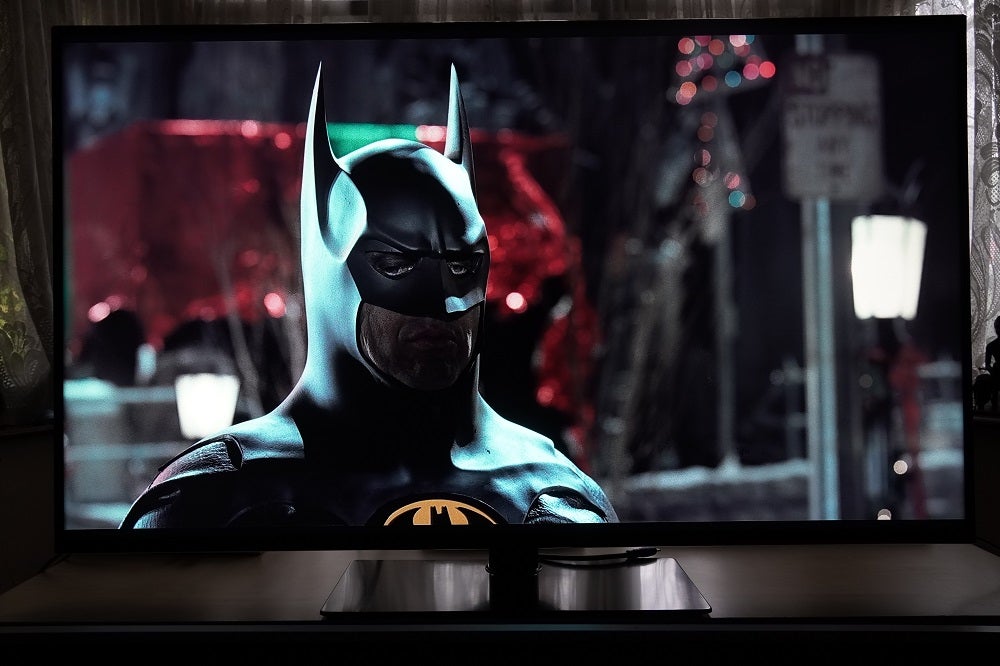 The central stand is fixed, so it isn’t possible to swivel the display. Assembly is easy; you should have the TV up and running in around five minutes or so. Compared to the process of getting the Philips ready for action, this is much simpler. There’s enough space to plonk a soundbar on top of the plinth, but the gap between the the stand and the bezel is not enough for most soundbars to comfortably sit there without potentially blocking the IR receiver. 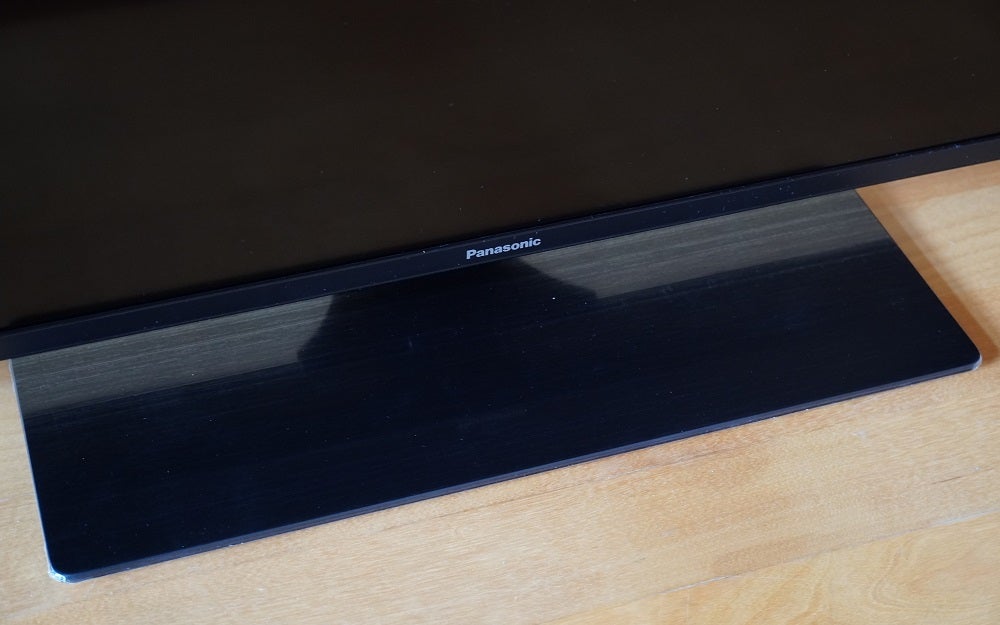 The remote is big, giving buttons more space and prominence. Not so good is its responsiveness: presses can feel spongy and take a little longer than I’d like to register. Considering the interconnectivity of today’s TVs, the remote only has quick access buttons for Freeview Play and Netflix. 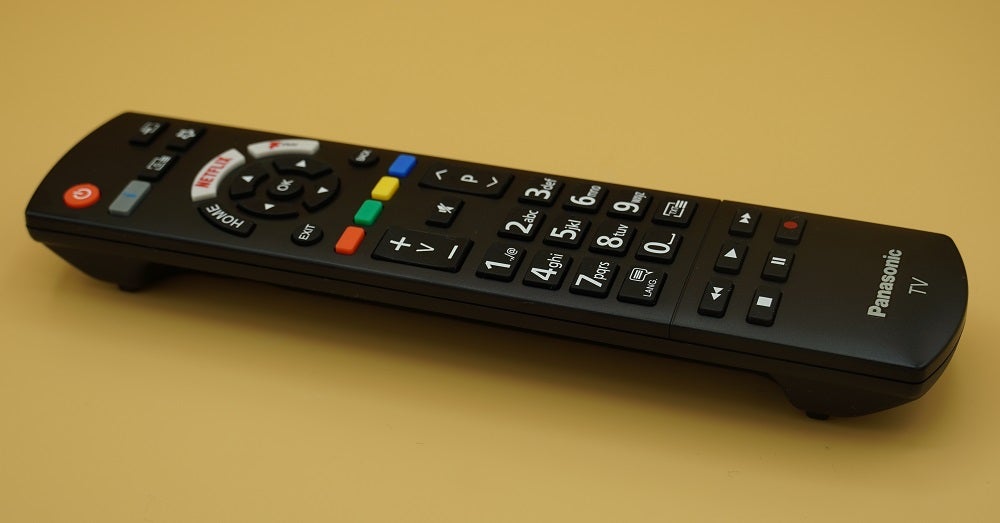 Like its unflashy design, Panasonic’s approach to features is low-key, ticking off expected boxes at the mid-range level.

There’s no HCX processor seen in Panasonic’s more advanced TVs. Instead, the HX600 has the brand’s 4K HDR Studio Colour image that shoots for a more realistic look to its pictures. Support for HDR extends to HDR10, HLG and Dolby Vision HDR, the latter helping to refine the HX600’s HDR performance with supported content given the set’s limited brightness.

For sound there’s Dolby Atmos, and like every other TV at this price, it isn’t the overhead and immersive version; instead, it aims to produce better processing with supported content. Sound is outputted through the set’s 2 x 10W speakers.

For smart features the Panasonic HX600 keeps things brief. My Home Screen 5.0 is replaced with Essential Apps and that includes Netflix, Prime Video, Rakuten TV, YouTube and BritBox among a few others. With Freeview Play, the HX600 brings all the UK catch-up TV apps such as BBC iPlayer, All 4 and My5 under its umbrella. 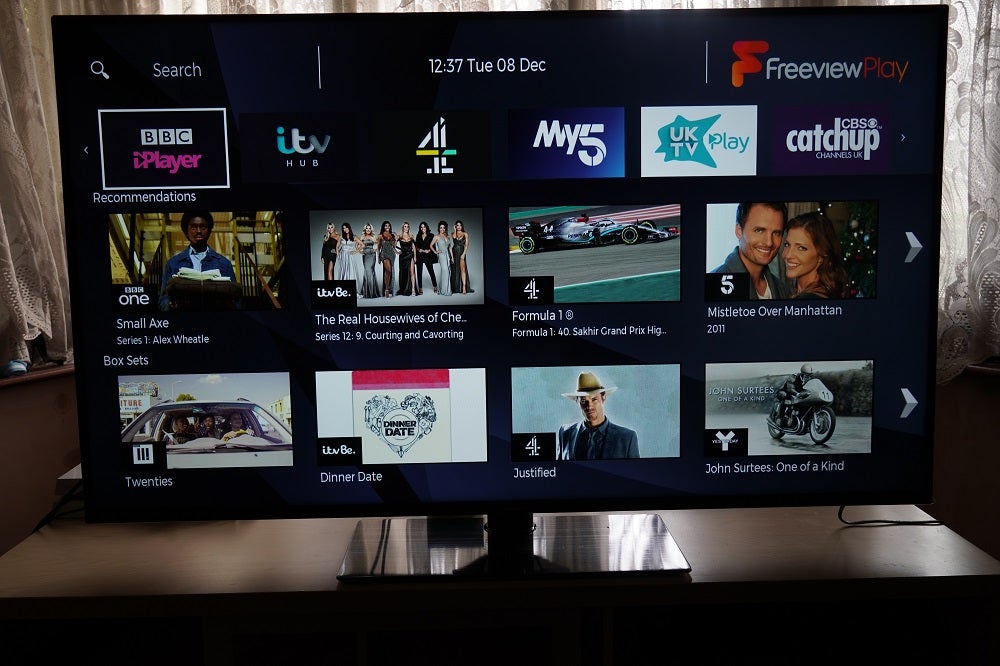 Otherwise, the Panasonic HX600 “works with” Amazon Alexa and Google Assistant via a connected speaker. Although the TV pops up on my list of Chromecast devices, I could never get content to play – the TV would simply open the YouTube app instead. 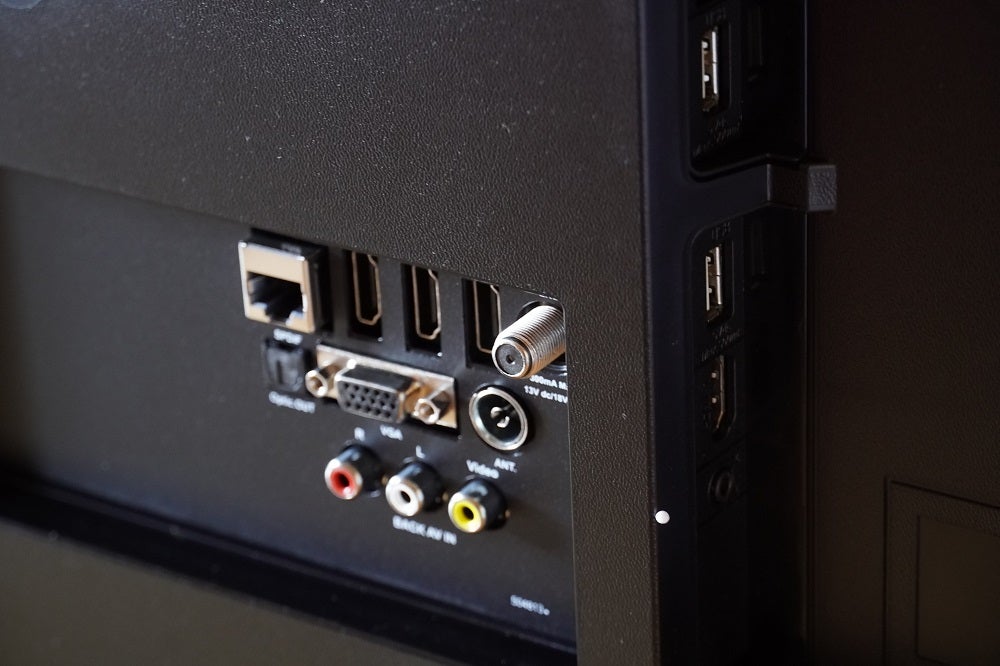 For connections there are four HDMI inputs (one side, three rear) with input 2 supporting ARC for connection to an external sound system. Other inputs/outputs include two USBs, Ethernet, a Common Interface Plus, terrestrial and satellite antenna, RCA, PC Input/Audio, Headphone out and Digital Optical out. All very much what you’d expect. 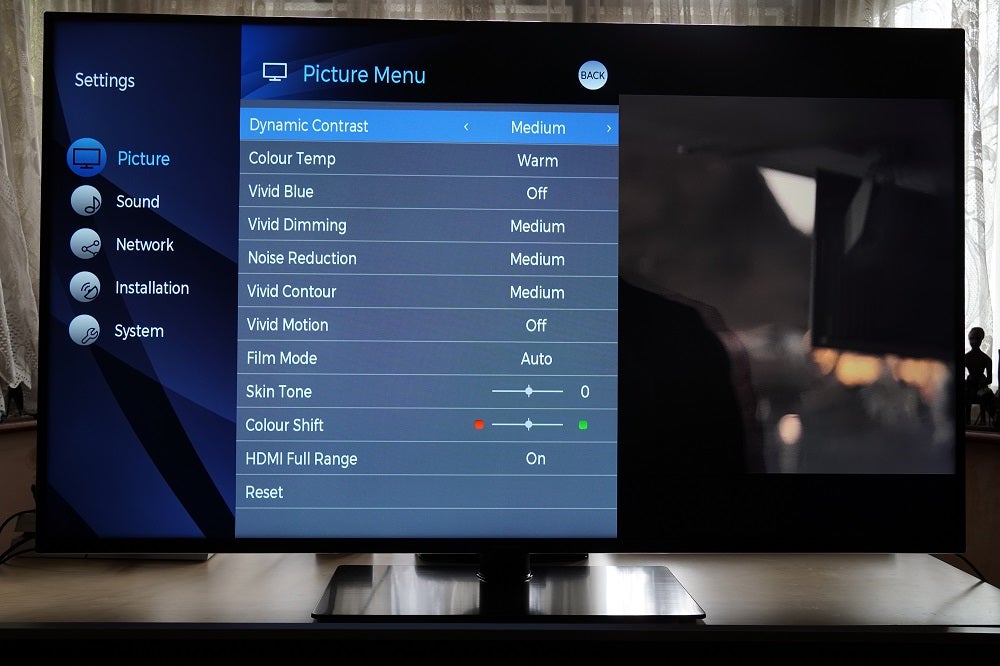 The menu interface is typically Panasonic in its simplicity. It avoids the clutter and overcomplication of other menu systems, but does feel like it could use a spruce up. There is a Game mode and the performance is good at 17.1ms. While HDR picture quality is colourful in a game such as Horizon: Zero Dawn, I find the set’s lack of brightness can often hamper the image with a lack of detail when it comes to dark/night-time gameplay. 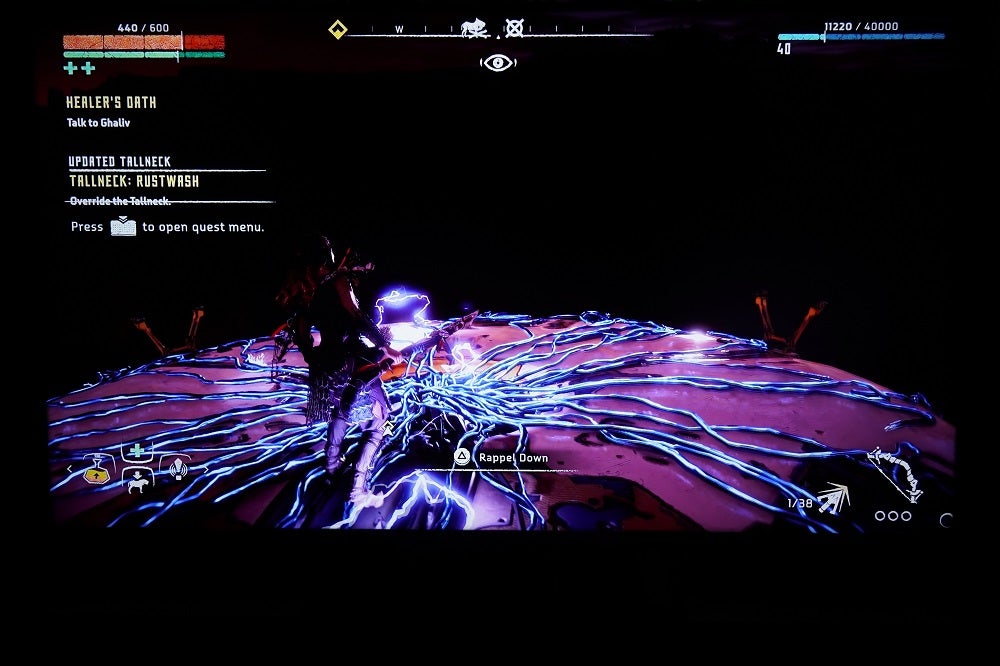 The first thing to do is to head to the Panasonic TX-50HX600’s settings and turn Energy Saving off. Otherwise, only a few changes are required to get the HX600’s image up to working order, with the picture looking mostly on point from the get-go.

Much of that is down to the Natural picture mode, which strikes a decent balance between a wide colour range and a naturalistic look. It lacks brightness compared to the Phillips 50PUS8545 – even the set’s vivid mode (Dynamic) is just a mild boost in brightness over Natural. 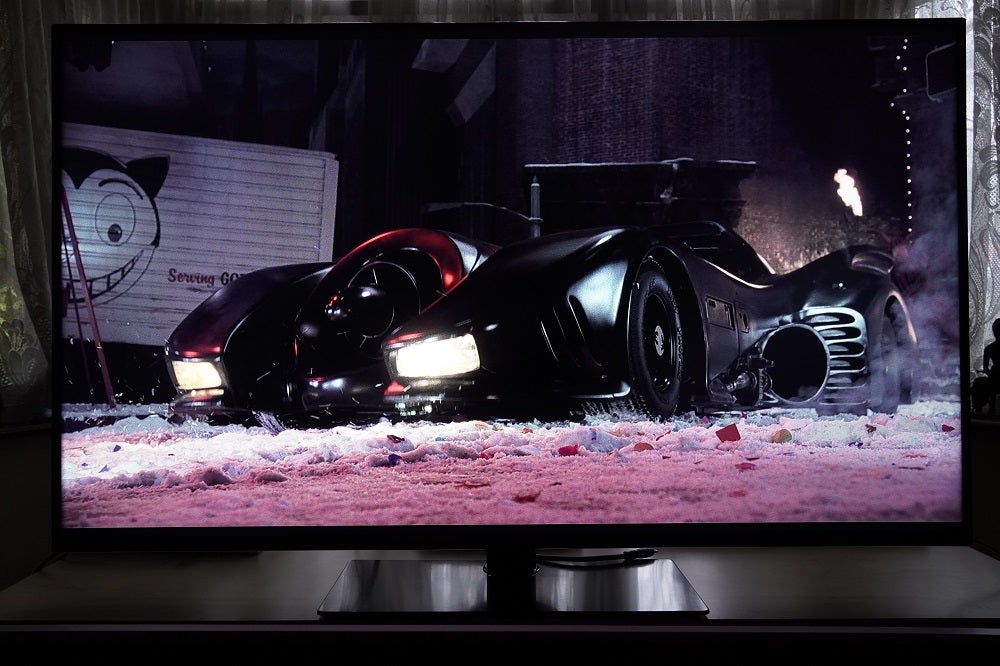 Complexions look natural and varied, more so than on the Philips, although at times they can verge on rather pallid. I’d wager its skin tones are the more accurate, the HX600 capturing the complexions and facial features of Brooklyn Nine-Nine’s multi-racial cast with more nuance and detail. Switching to the Warm colour tone does add some more punch.

The set’s motion handling never quite gets the balance entirely right. Streaming Premier League football on Prime Video, there’s noticeable judder as passing picks up speed before returning to smoother motion. Setting it to Low seems best; set to High, the HX600 gives the impression of sports being played at a slower ebb, while also introducing blur.

Upscaled HD SDR programming is enjoyable, displaying a good sense of clarity, expressive colours and detail in Zootopia on BBC One HD; picking up on the fine detail of the animals’ fur as well as various surfaces and textures. However, SD SDR performance is blurry and soft – the fur is smoothed over and banding and compression artifacts are more noticeable. 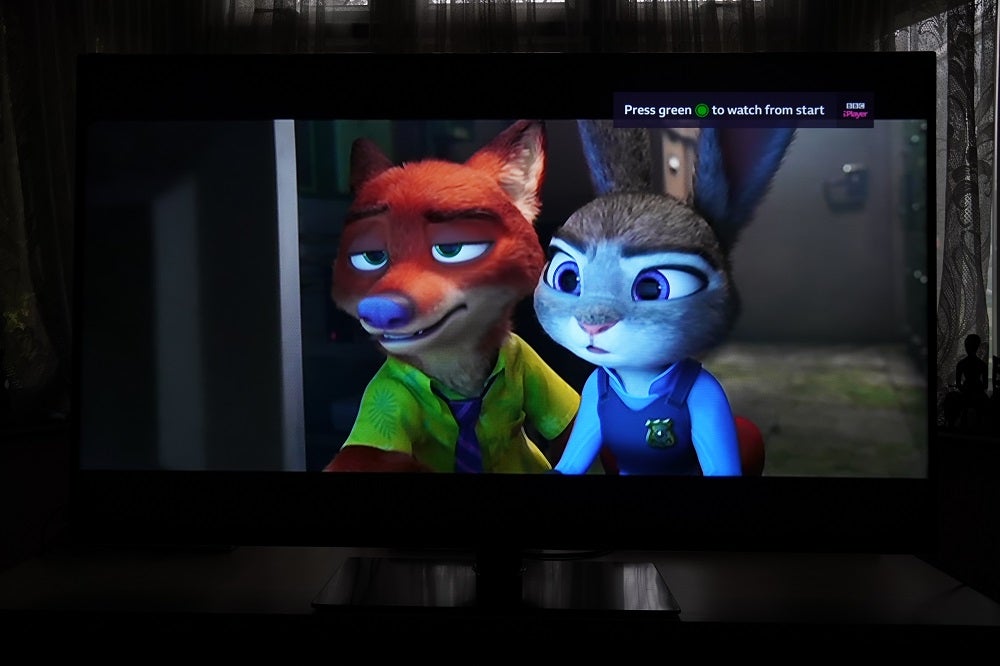 Compared to a cheaper TV – say, the Samsung UE50TU7020 – the Panasonic puts in a punchier performance with better colours and brighter, cleaner whites. If you’re looking at this TV and a cheaper one, then in terms of picture quality the TX-50HX600 is an upgrade. 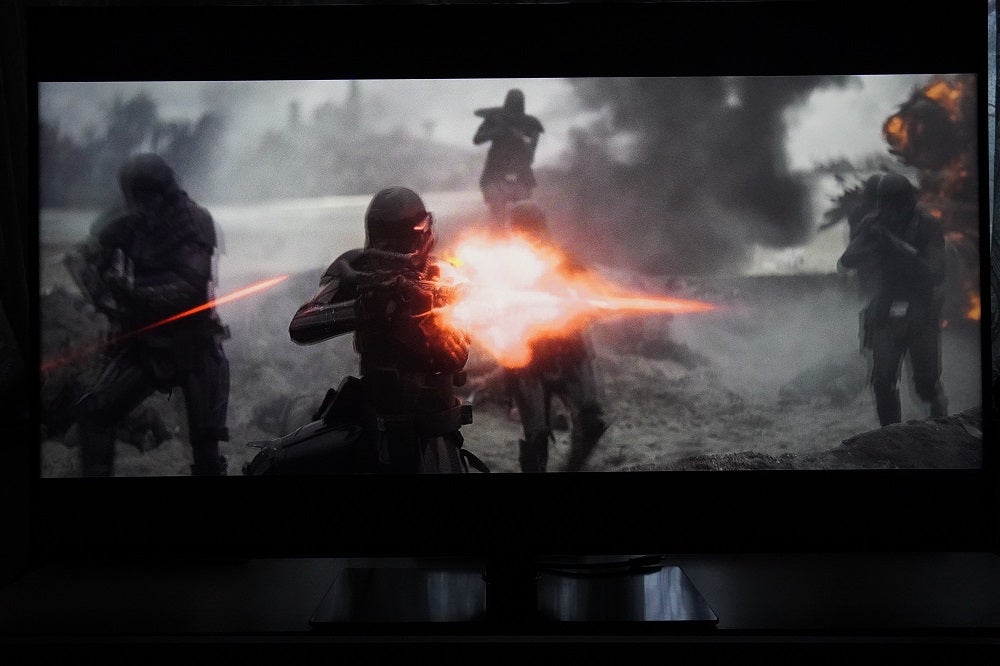 However, one thing I spotted is that the Panasonic HX600 produces a fair bit of noise, not just in SD/HD but with 4K content, too. Watching Rogue One (4K Blu-ray), I initially assumed the noise was film grain (Rogue One was shot digitally). A quick dive into the settings and the best results are achieved with Noise Reduction set to Medium. The caveat is that there’s some blur and softness with movement, but it’s the best compromise. 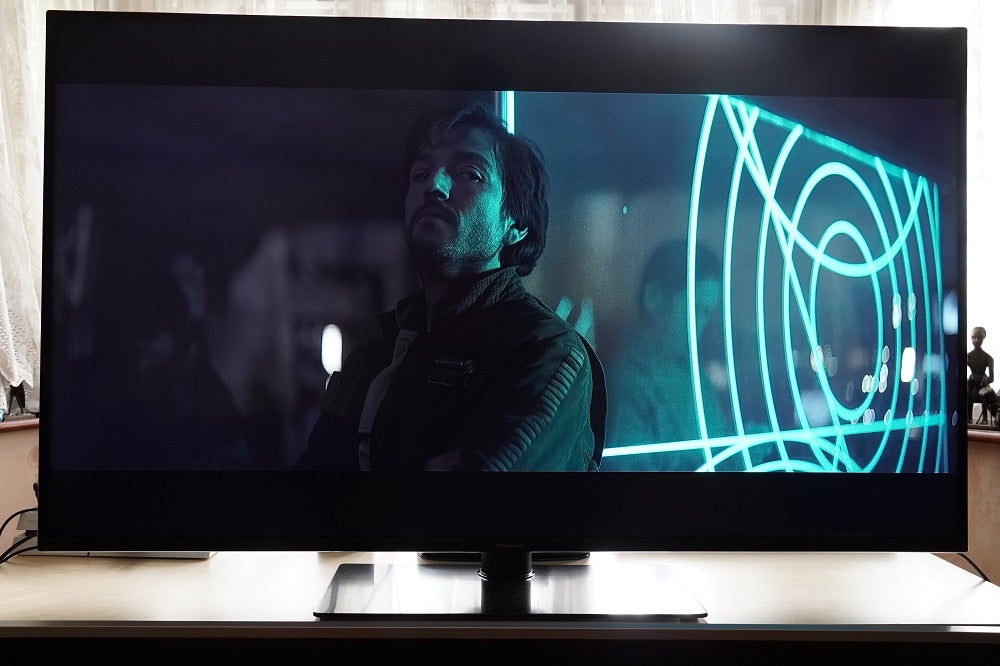 Black levels flit between solid and mostly average in films such as Batman Returns, Interstellar and Rogue One. With ambient light, black levels are down on the 50PUS8545, and when it comes to shadow detail – digging that extra bit of detail in the darkest part of an image – the Philips betters it.

I found that there’s definitely a sweet spot to viewing, too. The black levels are reduced further with off-axis blooming (haloing around an object) occurring in Rogue One as a Star Destroyer emerges out of the Death Star’s shadow. 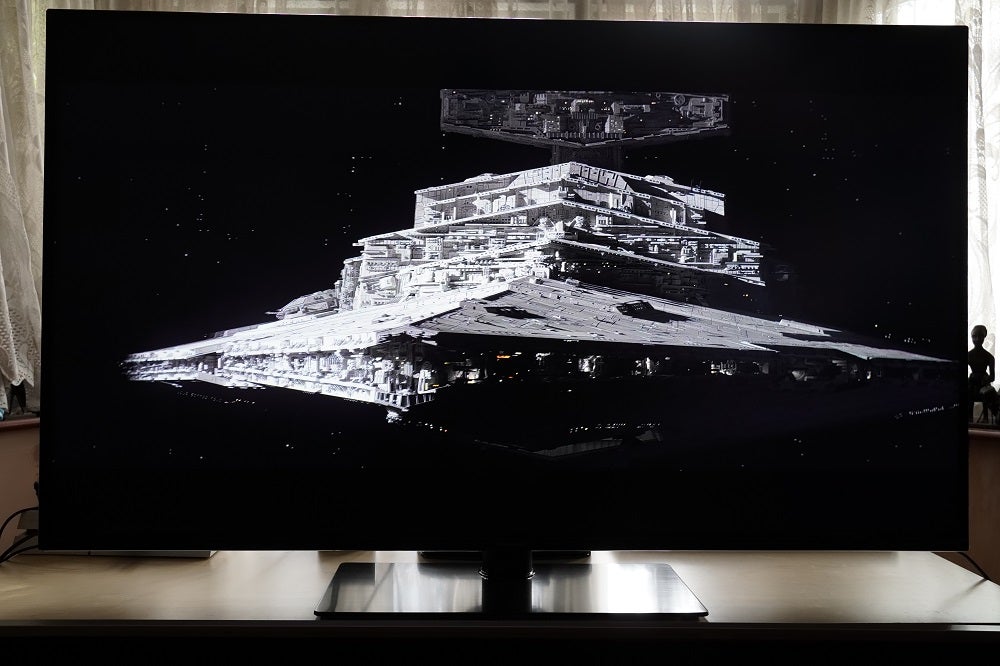 When it comes to the Panasonic HX600’s Dolby Vision performance, I’m slightly torn over whether it’s better than the Philips. Its colours are arguably more accurate, but black levels can be better on the Philips and that set is also sharper and more revealing in terms of detail. The teal-like tone to blues on the Philips are much less prevalent on the Panasonic, though. 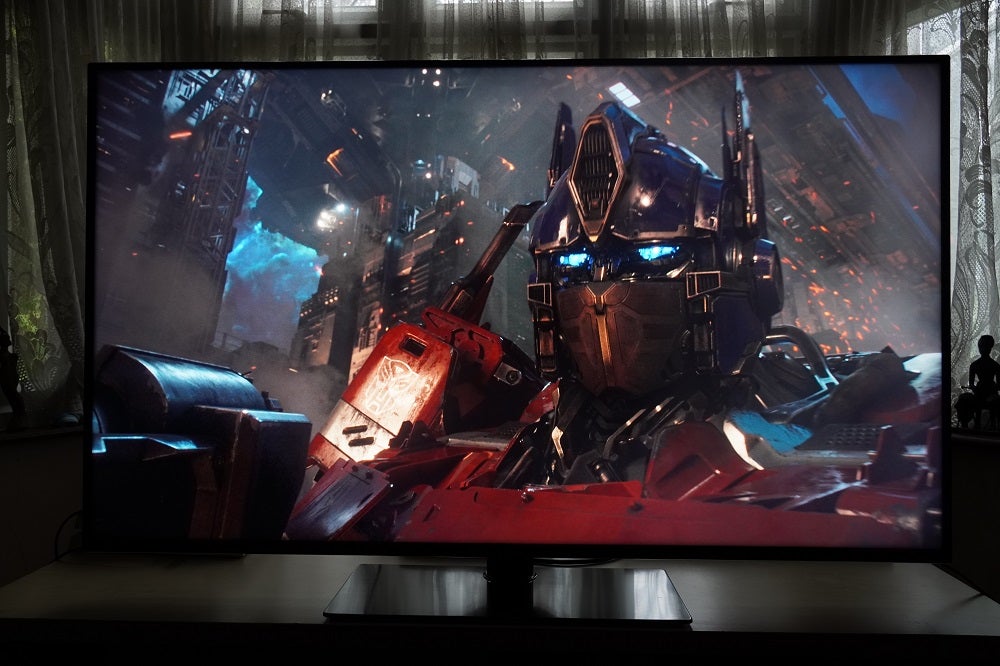 Nonetheless, Dolby Vision is a considerable boost over the set’s HDR10 abilities. Blacks are deeper, complexions are more warmly handled and the noisiness in the picture is alleviated. Motion handling issues crop up here and there; the Morocco chase scene in Mission: Impossible – Rogue Nation shows some blurry edge definition around the motorbikes and scenery. Overall, though, it’s a satisfactory picture. 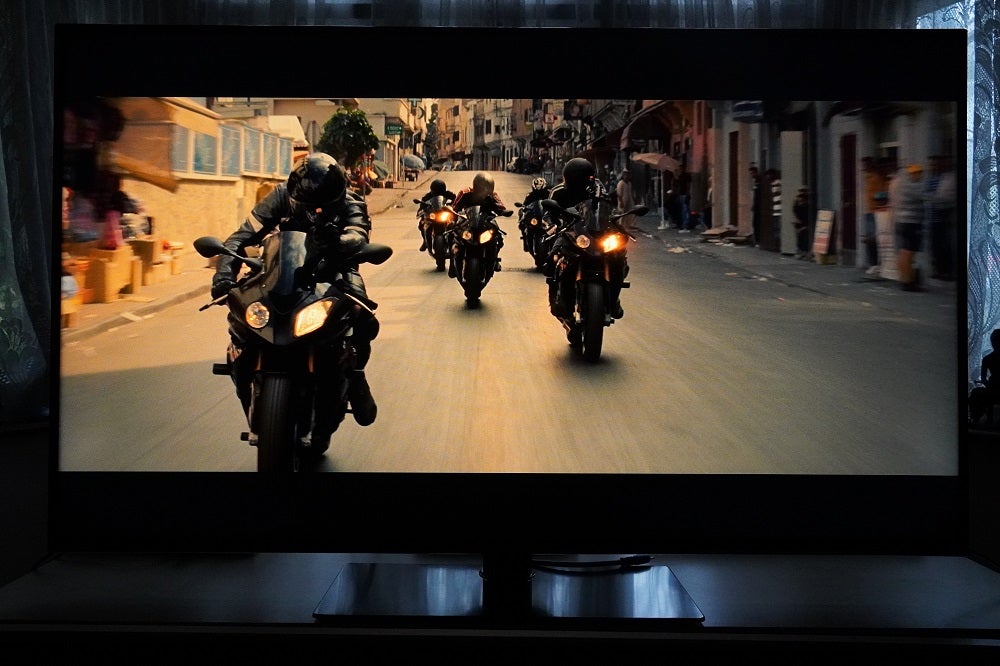 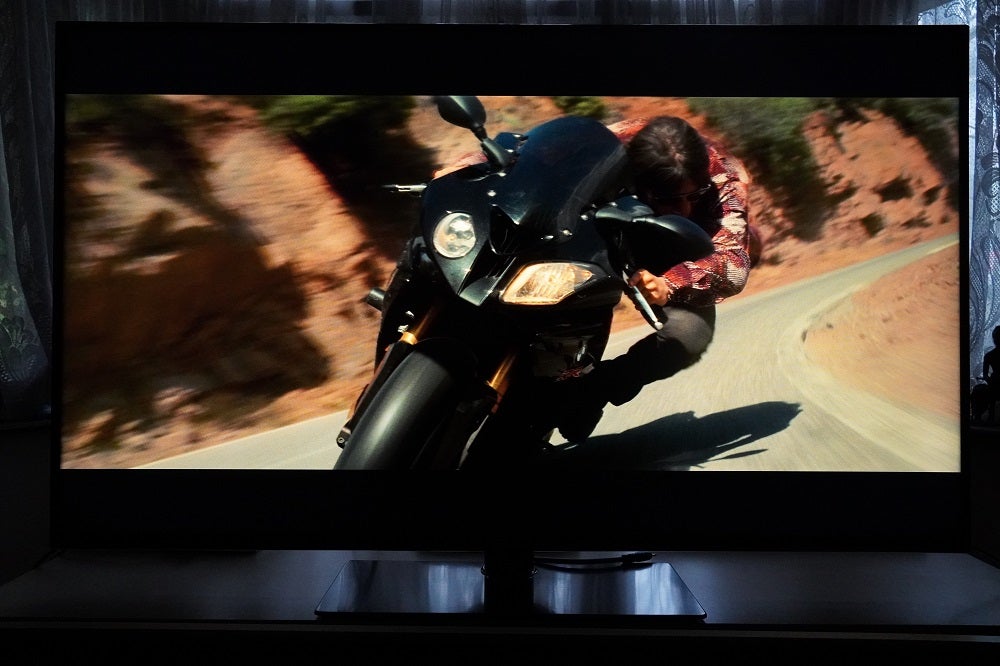 From an audio point of view, it’s as you are with a flatscreen TV – bass is limited, dynamically it’s flat and it’s unsurprisingly thin. Enabling either Smart Sound or Movie results in a bigger, more focused soundstage, but the HX600 also gets a bit “shouty” with voices in Smart Sound mode, even at lower volumes.

Atmos helps refine matters with content that supports it, but the set’s dynamic limitations give the performance a cramped feel. Consider pairing this TV with an external sound system to get more energy and weight out of what you watch.

Compared to the Philips 50PUS8545, the feature set of the Panasonic TX-50HX600 is less ambitious. You do get a more natural-looking image that’s a step above cheaper TVs. The set’s Dolby Vision support elevates its performance with HDR content, especially in terms of black levels.

You should not buy the Panasonic TX-50HX600 if…

Alternatives include the Philips 50PUS8545. Its Android support provides a gateway to Google services, and it has multi-HDR support (although there are few issues to note there). It’s a more premium-looking set and it comes with Ambilight, which you won’t get from other TVs.