What is the Panasonic HX-A1ME?

Thanks to its bullet-camera shape and 45g weight, the HX-A1ME is one of the smallest action cameras you’ll come across. It makes a GoPro HERO3 look like it needs to go on a diet, although the recently released HERO4 Session is also tiny. There’s no built-in screen, and there are only three buttons on the top for control. It’s available in black and luminous orange.

Related: These are the 16 best cameras on the market

Panasonic has led the way with standards-based rugged camcorders, and the HX-A1ME continues the tradition. It’s waterproof and dust-proof to IP68 standard, which means it’s completely impervious to dust and waterproof to depths beyond 1m, although Panasonic claims only 1.5m.

It’s also shock-proof to MIL-STD810F Method 516.5-Shock, which confirms that it will survive a drop from up to 1.5m onto a hard surface. It can also withstand temperatures down to -10C, which will be good news for the ski and snowboarding community.

The HX-A1ME doesn’t use quite such a large sensor as the HX-A500E, but with a 1/3-inch back-side-illuminated CMOS sporting 3.54 megapixels it’s ahead of a lot of action cameras – particularly the cheaper options.

This bodes well for image quality, especially in lower illumination, and potentially places the Panasonic action camera in the serious league in its class. However, it will be difficult to dislodge GoPro from its plinth. 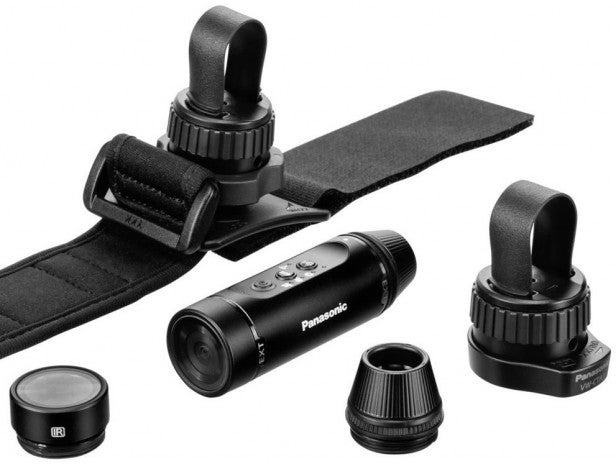 As I mentioned earlier, for this model, Panasonic sticks with Full HD rather than 4K as the top resolution. This may put some off the HX-A1ME now that an increasing number of action cameras are offering 4K, and at full frame rates.

So there are lots of shooting options, but perhaps the most interesting ones are the slow-motion choices. There’s a 720p mode that shoots at 60fps but outputs 30fps, for half-speed. The 848 x 480 resolution can be shot at 120fps and played back at 30fps for quarter-speed.

These modes will be useful for capturing fast-paced action, but we’d have liked to have seen a standard frame rate high-bitrate option greater than 50Mbits/sec – as the HX-A500E offers – since not having this will make the HX-A1ME less attractive for professionals hoping to get their footage broadcast. The slow-motion options are also behind even an iPhone 6, which can record at 240fps.

Panasonic has been a little more generous with its included mounting options than TomTom has been with the basic Bandit bundle.

There’s a screw fitting for a tripod, but also a strap fitting with a ball joint. This can be attached to a velcro strip that comes with double-sided adhesive, enabling you to stick it to a helmet or any flat or curvy surface. There’s a velcro wrist-strap for use with this mount as well, which could also be used for any wrist-sized bar such as a car roll cage. 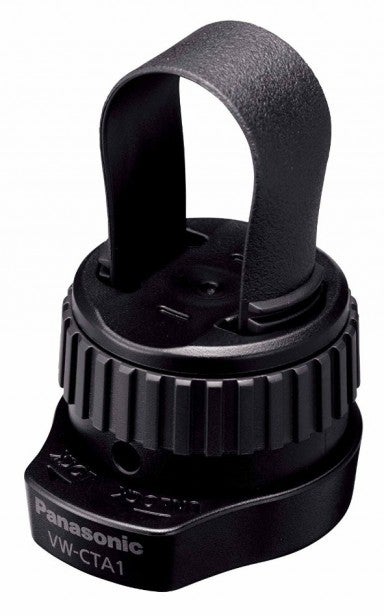 The camera straps onto these mounts via a hoop that secures it firmly. This attaches to the last third of the HX-A1ME, which looks a bit insecure but won’t budge when fully tightened. Attaching the hoop more centrally would obscure the control buttons.

Further optional extras include a twin-mount and a head mount. The former is for shooting in two directions, such as your face as well as the action, or attaching a light – in particular an infrared torch for use with the camera’s 0 lux capability. 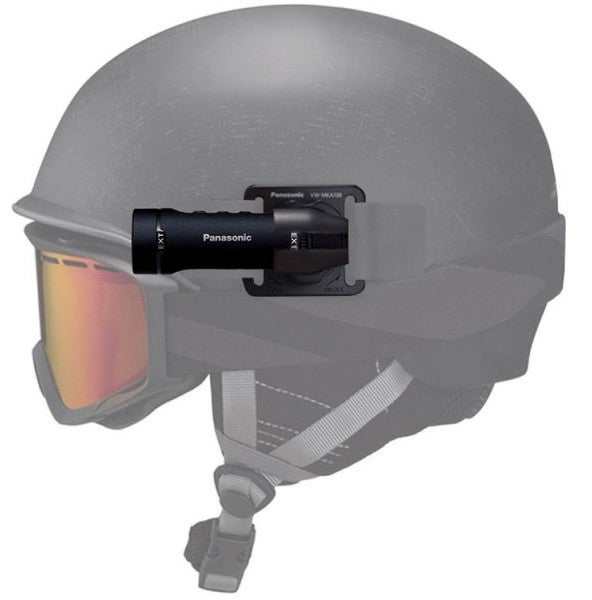 The two ends of the unit unscrew. The rear can be replaced with an open cap, which allows the micro-USB connection to be accessed, so the camcorder can be employed as a webcam or powered externally.

The rear can also be replaced with an optional extra battery, adding an additional 2hrs 45 mins, while maintaining the waterproofing. On its own, the HX-A1ME manages less than an hour of recording, so this is a recommended accessory.

A replacement glass cover for the lens is also included. This is marked IR and is meant for use with a separate infrared light, which isn’t included. However, these can be purchased separately for as little as a tenner. The combination means the HX-A1ME can shoot in complete darkness, making it great for capturing nocturnal wildlife in action.

The three buttons on the top of the HX-A1ME turn on the device, toggle recording, and switch between video, still image, and slow-motion modes. A longer press on the mode button enables the Wi-Fi connectivity, which is essential if you want to take advantage of the camcorder’s full range of settings. This works with Panasonic’s Image App, which is available for iOS and Android.

Image App is the only way to change the shooting resolution, and provides access to the white balance options, which include daylight, cloudy, two indoor modes and fluorescent, alongside automatic and user-configured.

Backlight compensation and shooting guidelines are also available. You can switch the USB mode between storage device and web camera. Once you have the HX-A1ME configured the way you want, Image App can be used for live preview and toggling record.

Without 4K resolution, and due to the increasingly crowded action camera market, the HX-A1ME really needed to deliver top-notch Full HD video quality. However, while colour fidelity is good, footage is merely decent otherwise. There is a little softening of detail, which would have been alleviated by the availability of a higher data rate. However, the HX-A1ME copes reasonably well with contrasts in brightness, and auto-exposure reacts quite quickly to changes in illumination.

There’s also little evidence of compression artefacts or noise in good lighting, highlighting the underlying quality of the CMOS sensor. However, while colour is maintained well in low light, a noticeable amount of noise develops as illumination falls.

We don’t expect action cameras to do as well here as premium models, but we’ve also seen better performance, particularly from Panasonic’s own HX-A500E. As with most action cameras, the lens is also set to an aggressively wide angle, and this causes noticeable barrel distortion at the edges of the frame.

Should I buy the Panasonic HX-A1ME?

The Panasonic HX-A1ME is a capable action camera, with its small size and rugged construction making it particularly attractive to extreme athletes. The infrared 0 lux shooting gives it a unique nocturnal capability, and the slow-motion options will be welcome.

However, image quality is merely good and there’s stiff competition from GoPro and a number of other manufacturers. For action videographers at the bleeding edge, the lack of 4K will also be a disappointment. Nevertheless, at well under £200, this is a good-value action camera with some decent capabilities.

The Panasonic HX-A1ME has a couple of unusual abilities, and is pleasingly rugged, but it isn’t sufficiently special to be an award-winner.