A couple of weeks ago, we were lucky enough to get an early hands-on with Panasonic’s new HDC-SD9. Now we’ve been sent one for a more extensive test. So here are our conclusions, and final assessment.


First, we should reiterate that this is a very small camcorder. It only weighs 275g (337g with standard battery), and is less than 10cm long. You wouldn’t quite want to carry it in a trouser pocket, unless you wear a particularly baggy variety or have rather large legs. But the incredible diminutive size of the SD9 will make you far more inclined to stuff it in a bag whenever you go out. 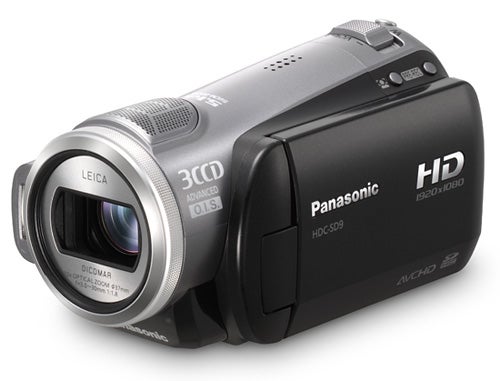 Unlike many tiny camcorders, the SD9 doesn’t come with a miniature battery enclosed in the chassis, with no longer-life options. Instead, a decent 1,320mAh unit is supplied as standard, which will be enough for over an hour of recording; up to nearly two hours depending on usage. This fits neatly onto the back of the camcorder, but you can replace it with a long-life version instead, with options up to a whopping 5,800mAh, which will give you between five and eight hours before giving up the ghost. 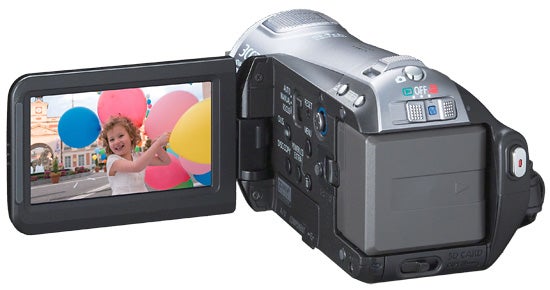 We have already explained the SD9’s main features in our preview. However, we wanted to confirm our very positive first impressions, take a look at the footage on an HDTV, and see exactly how the new electronic wizardry behaves under different shooting conditions. After extensive usage, particularly in low light, we remain quite impressed with the SD9’s video quality. The footage does get quite grainy as the light drops below the equivalent of a living room lit by a 100W bulb, although the colour is still reasonable. So here the small size of the three 1/6in CCDs can’t be overcome. But for most consumer uses – such as outdoor holiday shooting or indoor events with at least some lighting – the SD9 will fit the bill.


We didn’t get much chance to put the Panasonic’s Face Detection system to the test in our preview, either, so this was something else we experimented with extensively. One thing it can’t do is improve the situation in low light. If there isn’t enough illumination in general, Face Detection won’t make much difference. It’s primarily aimed at conditions where your subjects are against bright backgrounds – quite common if you shoot your family standing in front of a landscape. Apart from this limitation, we found the system worked well, accurately picking out faces and placing a yellow box around them. Face Detection can also be found on Sony’s latest models, such as the HDR-SR12.

Where the Panasonic version can detect up to five faces, the Sony equivalent can find up to eight. And where Panasonic adjusts only exposure, Sony adjusts colour and tone. Nevertheless, dark faces against bright scenery are the main problem, and the Panasonic Face Detection system copes with that adequately. You could perform the same function manually, but it would take a lot longer to configure. With the SD9, a single button turns on Face Detection. 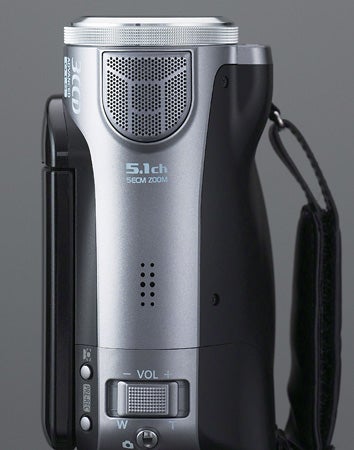 We can also admit to being fairly pleased with the Intelligent Shooting Guide, now that we’ve used to it. It would have been a travesty if Panasonic had hidden its legendary extensive manual control behind ‘user-friendly’ simplifications. Fortunately, the Intelligent Shooting Guide doesn’t do this. It just suggests things you can choose to ignore if you wish. If its helpful tips annoy you, they can be turned off, and they disappear after a while anyway. But the suggestions are mostly useful, such as prompting you to enable Intelligent Contrast in bright conditions or switch to Low Light mode in poor illumination, and warning you when you’re panning around too fast. 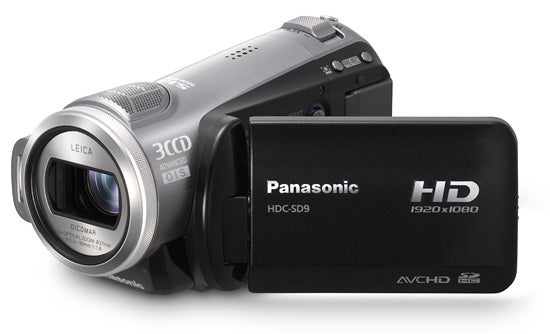 Editing was another area we wanted to test, as software tends to lag behind new recording formats. Although AVCHD is now widely supported by editing applications (with Adobe’s software rather conspicuous by its absence) the HDC-SD9 is not entirely standard. Not only does it offer 1,920 x 1,080 Full HD resolution, where the first AVCHD models used 1,440 x 1,080 (the same as HDV), it also has progressive scanning as an option. Then there’s the 5.1 surround sound. So we tried importing footage shot at the top-quality 1,920 x 1,080 progressively scanned HA mode into Ulead VideoStudio 11 Plus (with the added Power Pack, a free download). The software had no trouble importing clips from the camcorder over USB, and not only was the correct resolution and aspect ratio maintained, but the 5.1 soundtrack was recognised as well.


Now we’ve had a chance to give Panasonic’s HDC-SD9 a proper going over, we can’t help being rather bowled over. It’s definitely not a camcorder for the serious hobbyist, even if it can shoot great-quality video in all but the worst lighting conditions. But for the everyday camcorder user, the HDC-SD9 really showcases what Flash memory has going for it. It’s unfeasibly tiny and light, yet packs a lot of features and impressive HD video quality. At under £600, it’s not outrageously expensive, either, and you can now pick up a 16GB SDHC card for about £50. The HDC-SD9 is certainly the most exciting camcorder we’ve seen so far this year.