We always have to wait for CES to end before the new camcorder ranges arrive, and Panasonic is usually first off the blocks once the bonanza of product announcements in Las Vegas is over. The 2013 collection is no different, and what better place to start than the new Panasonic consumer flagship, the HC-X920. Last year’s Panasonic HC-X900 was a major design change from its predecessor, denoted by a shift in model naming strategy as well. However, whilst the HC-X920 only has an incremental name change, there is a bit more to it than just a minor update. 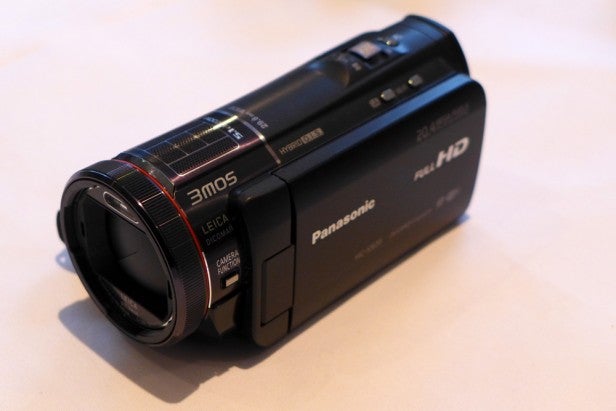 First of all, the sensor specification has seen significant improvement, even if it didn’t need it. Where the HC-X900 sported a trio of 1/4.1in CMOS sensors, the HC-X920 incorporates significantly larger 1/2.3in units, and these are now openly being described as back-side illuminated too. This is a professional-grade specification, and each sensor has a whopping 12.76Mpixels. This makes a grand total of 38.28Mpixels –  more than most premium DSLRs. However, not all of them are used for video or still images, with an effective 8.49Mpixels called upon in each case. This still means the HC-X920 can offer 20.4Mpixel stills in 16:9 mode, with a resolution of 6,016 x 3,384. In this respect, at least, the HC-X920 is a serious contender as a digital camera.

Video format options haven’t changed since the previous version, but this generation had already moved up to AVCHD 2.0. So the top quality mode offers 1080p Full HD at 50 frames per second, with a data rate of 28Mbits/sec. It’s also possible to shoot video in iFrame mode, which uses a standard MP4 format and a resolution of 960 x 540. No memory is built in, with an SDXC-compatible SD card slot provided. A 16GB card will be enough for around 75 minutes of footage at the top data rate. 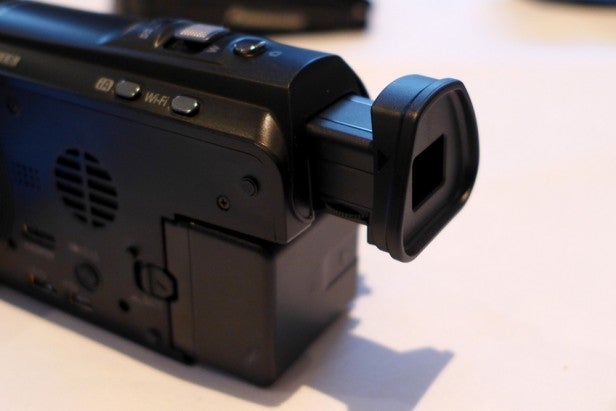 One specification that hasn’t changed is the optical zoom, which remains at 12x. The Intelligent Zoom has been upgraded slightly from 23x to 25x, thanks to the extra pixels on the sensor. Image stabilisation is essentially the same five-axis HYBRID OIS, although this now sports an Active Mode for more effectively smoothing out the wobble introduced to your footage whilst walking. There’s also a Level Shot function that uses an internal sensor to indicate a virtual horizon on-screen, allowing you to keep an eye on whether your shot is truly level. You can toggle this feature off and on using the quick menu towards the left of the screen, which is useful for just quickly checking. This also lets you enable the OIS lock function, which provides even greater handheld shooting stability. Our testing has shown Panasonic’s OIS is the most effective image stabilisation in any consumer camcorder at the moment. 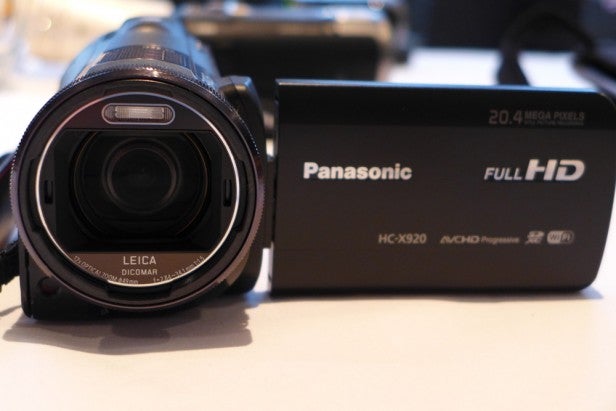 The core features are as consistently good as previous generations, with the lens ring taking central stage. The knurled aluminium ring that encircles the front of the lens enables you to quickly adjust a number of settings. Aside from giving you an alternative control over zoom, the ring can also be used to operate the manual focus, iris, shutter and white balance settings, making all of these supremely quick and easy to set. As before, a button beside the ring changes its function.

The Intelligent Auto button now calls up a new menu of options, with iA adding control over exposure and colour balance to the automatic mix. This menu also provides rapid access to scene modes, plus creative options including a faux tilt-shift Miniature Effect, 8mm movie, silent movie, and a time lapse option.