For the last couple of years, Panasonic’s top-end camcorders have garnered a number of our top accolades, including Best Camcorder for the HDC-TM900 in our 2011 annual awards. So we were very keen to get our hands on a new premium Panasonic, particularly as this generation has been marked by a switch in the model naming system. So is the HC-X900 really a big step over its predecessor?

In some ways the answer is actually no. There isn’t a monumental shift in core technology or design here. The HC-X900 ostensibly uses a very similar trio of 1/4.1in CMOS sensors with 3.05Mpixels each as the HDC-TM900, although the green sensor incorporates pixel shift technology to enhance its resolution. Video is recorded to SDXC card only, as there is no internal memory included. You will need the HC-X900M if you want that. The single card slot will make total capacity less than models offering twin slots, such as Canon’s LEGRIA HF G10, but having up to 64GB available in SDXC form will be enough for most situations.

Another feature which hasn’t changed is the level of manual control. Like all of Panasonic’s last few premium generations, the X900 offers a lens ring that provides rapid access to the most oft-used manual settings. In auto mode, the ring merely offers an alternative, but slower and more precise, zoom control. However, a quick press of the button nearby switches the camera to manual mode, and cycles functions through manual focus, shutter speed, iris and white balance. 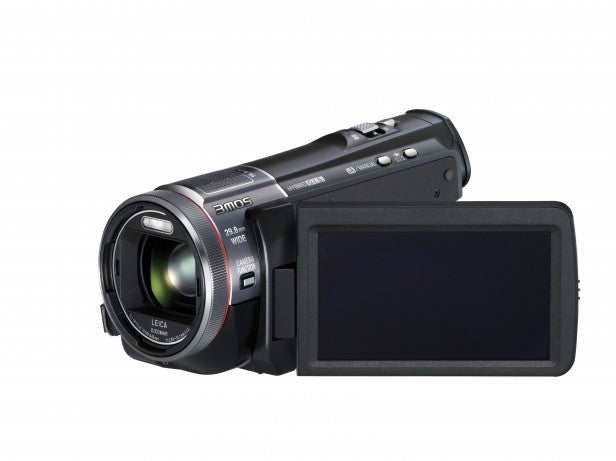 This makes all these settings extremely easy and intuitive to access. It’s possible to adjust focus very accurately using the ring, and rack focusing is therefore also possible. Shutter speed can be adjusted from 1/50th to 1/8000th (although 1/25th is available with Auto Slow Shuter enabled), iris settings range from F16 to F1.5 with up to 18dB of video gain available on top of a fully open aperture, and the usual array of white balance presets (two indoor, two outdoor) are provided alongside auto and manual modes.

There are further options available via a touch-controlled quick menu on the edge of the LCD. This provides a further set of touch controls for triggering record and operating the zoom. The remaining facilities can be found by scrolling through the menu pages. These include Pre-Rec buffering and backlight compensation, touch zoom and AF tracking (face tracking is on by default in Intelligent Auto mode). There’s even another layer of quick menu providing rapid access to the various video formats and still image resolutions available, LCD brightness and toggling onscreen gridlines. 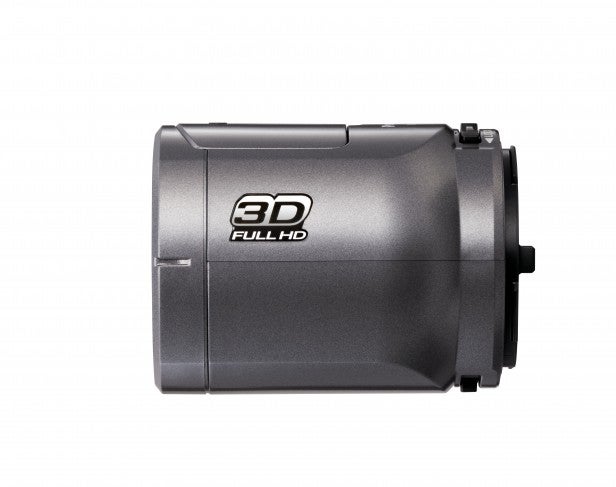 To go with its comprehensive manual options, the X900 also provides a standard accessory shoe for adding peripherals. This isn’t located on the camcorder body itself, as the built-in 5.1 surround sound microphone array takes up too much space. Instead, as with Panasonic’s last few generations, there’s a bracket on the side hidden behind a flap, into which you can slide an adapter. This is much more sturdy than the third-party adapters required for current Sony and Canon’s camcorders. With minijacks provided for an external microphone and headphones, plus manual audio level control available, the X900 can be used with standard third-party audio accessories. 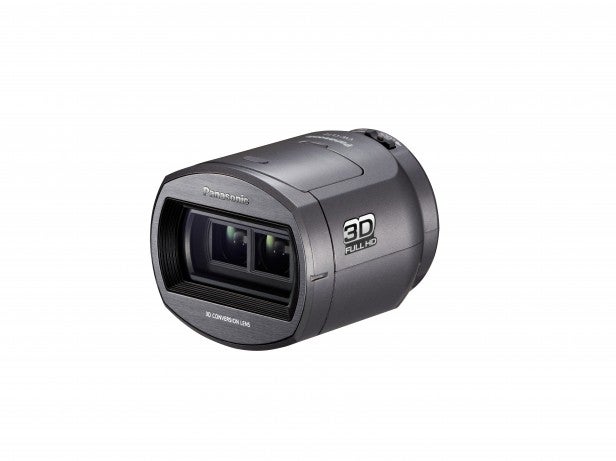 However, the recording format has had an incremental upgrade to AVCHD 2.0. So video can be recorded at up to 1080/50p and 28Mbits/sec, without the need for switching to MP4 format. The other benefit of the new AVCHD version is its native support for 3D, in particular MVC. The X900 still offers side-by-side shooting if you want to use it. But this halves image resolution by squashing two frames into one, whereas MVC uses the full frame, so the latter will be preferable in most circumstances. 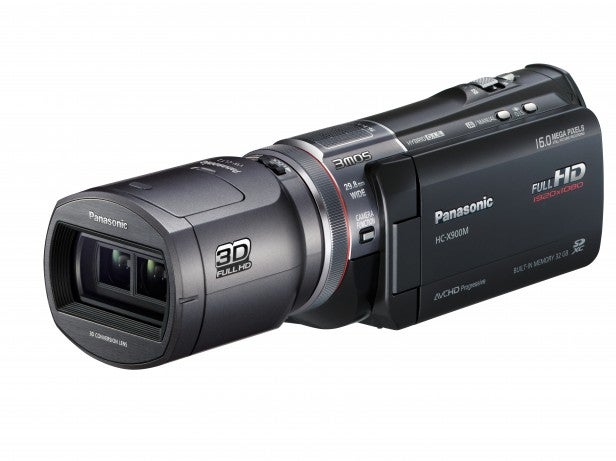 The X900 isn’t a 3D camcorder as standard, though. Again, as with previous models you need to add an optional lens converter to achieve this. But here the X900 has been updated over its predecessors as well. The lens converter compatible with this model is now the VW-CLT2, which is slightly smaller and lighter. You also don’t need to spend ages screwing it on, as this system has been replaced by a simple sliding clamp that has a bit of a knack to it, but takes a matter of seconds to operate. Nevertheless, the X900’s 3D functionality is still not a patch on that provided by camcorders specifically designed for the job, such as JVC’s Everio GS-TD1.

Panasonic has made further enhancements to the image stabilisation. Motion can now be compensated for along five axes. To mark the addition of roll to the mix, stabilisation is now called Hybrid OIS . Panasonic was already offering some of the best image stabilisation in any consumer camcorder, and this new version maintains the lead, particularly when shooting at high levels of zoom. Speaking of the latter, there’s a reasonable 12x optical zoom available, which can be enhanced with an Intelligent mode that uses extra sensor pixels to boost the factor to 23x. 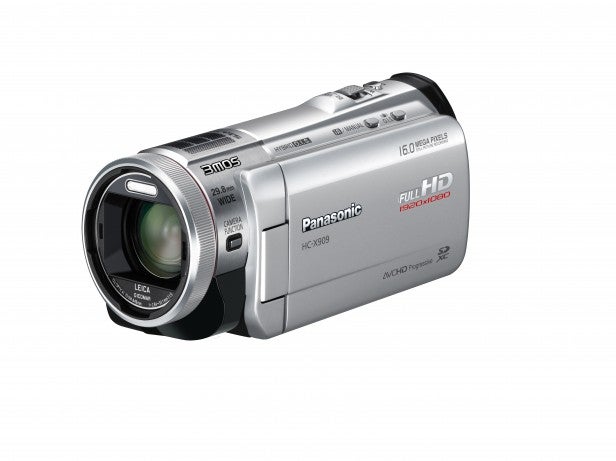 With its trio of sensors, the X900 has the potential for great image quality, and Panasonic’s track record is excellent here. The X900’s picture is extremely clear and colours are very accurate, although Panasonic tends not to saturate colour as much as, for example, Sony. Still, detail and sharpness are better than any consumer-grade camcorder we’ve tested. In low light, the X900 still manages to provide a very bright and clear picture. The Canon LEGRIA HF G10 provides slightly richer colours, and has similarly non-existent grain. But the X900 maintains slightly more detail. In most conditions, you won’t be able to spot much difference between the top Panasonic and Canon models, but the X900 just wins through as the best performer in low light.

The last few generations of high-end camcorder from Panasonic have been hard to beat. The HDC-TM900 and HDC-TM700 offered powerful combinations of great image quality and comprehensive features. The HC-X900 continues that tradition, and just about edges our recommendation over Canon’s excellent LEGRIA HF G10. The X900 is around £100 cheaper and offers a standard accessory shoe without the need for third-party adapters, plus a marginally easier control system. For these reasons the HC-X900 maintains Panasonic’s position as our top premium camcorder recommendation.