The quick menu on the edge of the 3in LCD display provides rapid access to most frequently used functions, including the OIS Lock. In manual mode, an extra column appears, giving you manual focusing, and the ability to set the white balance or choose from the four presets – two for indoor lighting, two for outdoor natural lighting. You can vary the shutter from 1/50th to 1/8,000th of a second, and independently adjust the iris between F16 and F1.8, then add up to 18dB of video gain on top. We suspect most users of a camcorder in this class will never touch these features, but it’s great to see them there just in case. 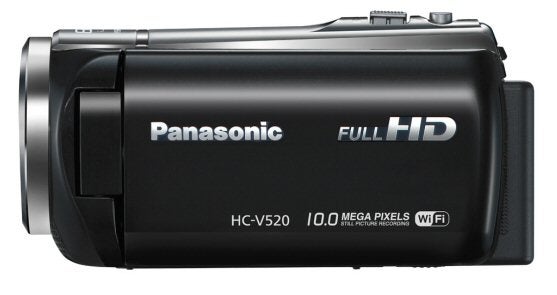 Despite its lower-end orientation, the HC-V520 also includes the WiFi features added to the HC-X920 and HC-V720. Panasonic has benefited by not being an early adopter here, and has essentially added all the best bits from JVC’s and Canon’s implementations. So you can connect the camcorder to an existing wireless network, or set it up as its own access point, although this won’t provide Internet access. In both cases, a smartphone app for iOS and Android can then provide remote control facilities, although you can’t do this with a desktop Web browser. If your Android phone supports NFC, you can simply touch it to the allocated spot on the camcorder body to set up your wireless connection automatically. 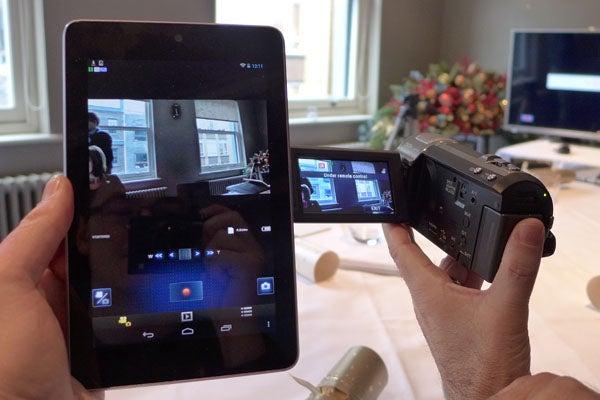 The remote control facilities include the ability to operate the zoom and toggle record, but also to set the quality. If the camcorder is connected to a wireless access point attached to the Internet, you can switch the smartphone to Home Monitoring mode, and keep an eye on your premises remotely. You can also turn the HC-V520 into a DLNA server, which we were able to connect to easily with a Samsung Smart TV. Most excitingly of all, the HC-V520 can stream live video via the USTREAM broadcasting service, although you will need to sign up for an account, and also one with Panasonic’s Lumix Club, then enter your details into the camcorder to enable this. 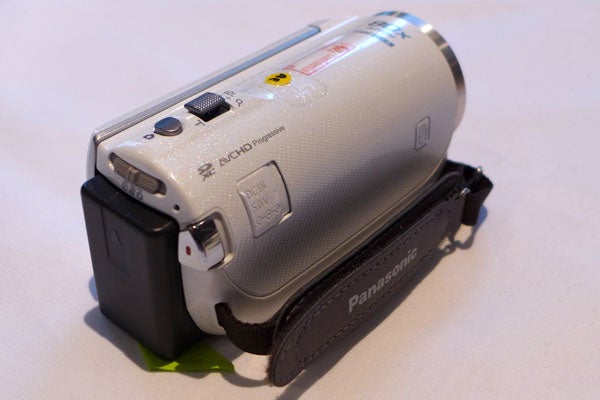 Of the three Panasonic camcorders we have reviewed in the last few weeks, the HC-V520 shows the most obvious improvement in image quality. The new sensor fixes the Achilles Heel of its predecessor, namely a slight lack of detail, although otherwise the HC-V500 already offered a very commendable performance for the price. The image still doesn’t quite have the crispness of Panasonic’s top-end models, but it’s very good for a camcorder with a 1/5.8in sensor. Low light performance is also slightly improved, even though on paper both the new model and its predecessor have the same 4 lux minimum illumination. There is a bit more colour and grain is finer as lighting is reduced.

The Panasonic HC-V520 is quite an improvement over its predecessor. With better image quality, the WiFi features, and enhanced zoom as well as more image stabilisation options, there are many reasons why this is a better buy than the HC-V500. However, at around £130 less than the HC-V720, it’s not such a clear value proposition in the mid-range price bracket. If you have the extra to spend, the HC-V720 is a clear winner around the £500 mark. But if your budget is around £400, the HC-V520 gives you a lot of camcorder for your money.