What is the Panasonic ES-LV95?

It’s become something of a cliche in the razer world that evolution means adding yet another blade. The Panasonic ES-LV95 follows this trend by packing five blades – and sure enough it has the shaving performance to make it a superior breed of shaver.

As befitting a flagship electric shaver, it also comes supplied with a cleaning station to flush the facial fluff off all those blades at the push of a button. But there are plenty of other nice touches that make this wet-and-dry model the best shaver currently on the market. 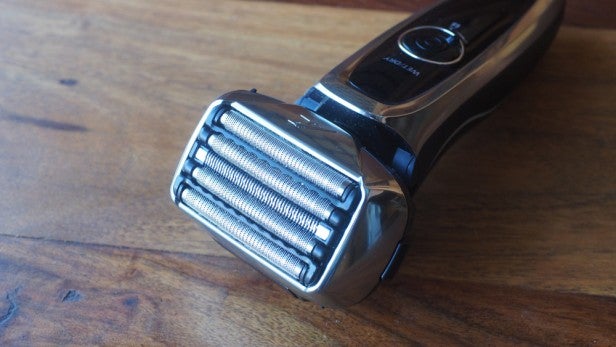 The ES-LV95 is dominated, quite understandably, by that five-blade head. The middle comb blade is designed for longer hairs, the two either side of it have lift-and-cut foils for hairs that lie flat, and the outer foils are for cutting down close to the skin.

The head pivots both up and down and side to side, while the whole foil assembly is removable for easily brushing it out. A head guard is also supplied, for times when you don’t want to pop the LV95 in its cleaning station, and there’s a leatherette case for travel.

Below the head is the on/off button, which is surrounded by a rotating switch for locking it to stop young hands from turning your shaver on by accident. It’s also useful for ensuring you don’t turn the LV95 off by accident while shaving. A nice touch.

The LCD screen is one of the best around. Not only does it display the LV95’s battery life as a percentage – a far more precise indication than most – it also tells you how long you’ve been shaving, in minutes and seconds, when you turn the power off.

The shaver itself is quite light at 200g and sits comfortably in the hand. The chromed plastic feels a little cheap, but not so much as to put me off. 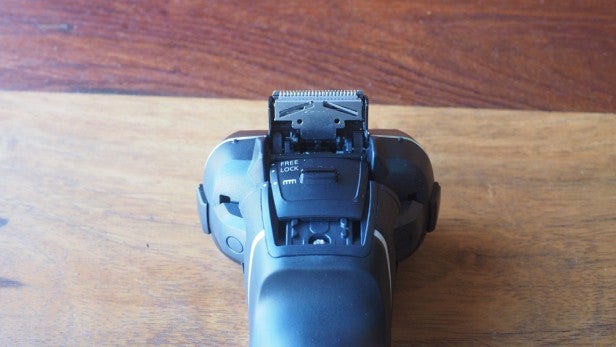 Turning to the back of the head reveals a built-in trimmer, which is flicked up with a switch.

Panasonic also claims that the ES-LV95 has an Intelligent Shaving Sensor, which supposedly adjusts power automatically depending on the thickness of your beard.

The Panasonic LV95 offers easily the closest shave of any shaver I’ve tested. On a single pass, it does an admirable job, especially on the top lip.

It does still require knowledge of your beard growth direction, to ensure you shave against the grain, but the efficiency of its cutting makes this less of an issue. Whether this is down to the five blades, the Intelligent Shaving Sensor or both, I’m not entirely sure, but it’s certainly helped by the fact that the dual-pivoting head hugs your facial contours better than most.

There are a couple of small downsides, though. One is that such close shaving is quite aggressive on sensitive skin, so you might need longer than usual to acclimatise to it. This issue remains even when use it wet – the LV95 is waterproof, so it’s worth experimenting with dry, wet or gelled skin to see what suits you. We’d advise keeping plenty of moisturiser on hand, though.

The other niggle is the noise. The ES-LV95 sounds like it has a swarm of angry bees inside it. It’s not necessarily any worse than most electric shavers, but it’s certainly not quiet. 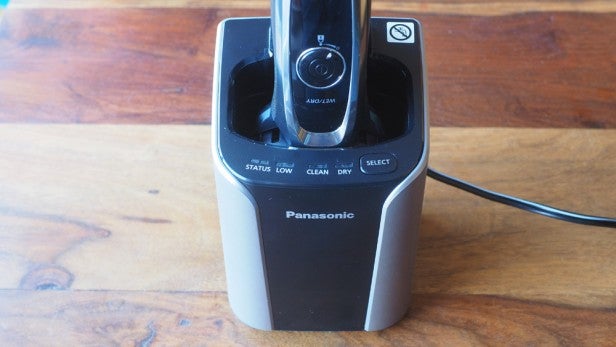 Thanks to the supplied cleaning and charging station, washing the blades is as simple as pressing a button, although it does make some pretty disturbing noises during the cleaning cycle. Cleaning and drying takes around an hour. 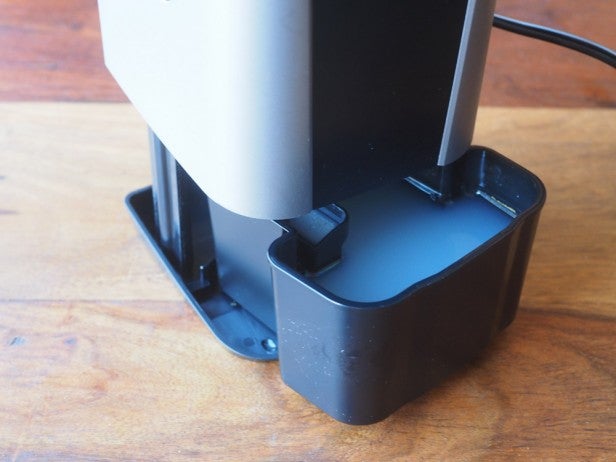 Unlike Braun’s cleaning system, it doesn’t require expensive cartridges of ready-mixed cleaning solution, but rather uses cheaper sachets of detergent. These are emptied into the cleaning station’s reservoir – accessed via a push button on the left side of the station – which is then topped up with tap water. As well as being cheaper, the sachets are easier to store in bulk.

Should you wish to go the old-fashioned route and brush-clean the blades – or if you’re travelling and just don’t want to take the charging station with you – dismantling the head is simple enough. Squeeze the buttons on either side to pop the top off, exposing the two lift-and-cut blades, while the other three remain in the top part. A little brishing and a few gentle taps will get most trimmings out. 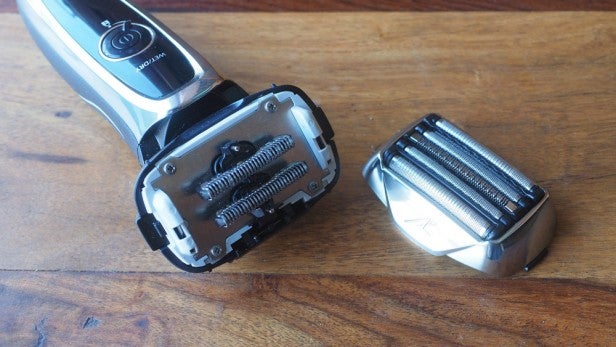 Should I buy the Panasonic ES-LV95?

If you can afford it, the ES-LV95 is the best electric shaver you can get.

It’s not perfect – if you like a minimum of fuss, you might be better off with the Philips Series 9000, which is quieter and requires less thought about shaving direction. If you have particularly sensitive skin, we’d recommend looking at the Braun CoolTec CT4s.

However, this Panasonic is still the finest all-round shaving package.

Those five blades are more than just one-upmanship; they offer the closest shave around. Add to that a variety of user-friendly touches and this is the flagship shaver to beat.