What is the Panasonic DMP-UB300?

Want to feed your new UHD TV the best possible picture, but don’t want to splash out on a flagship 4K Blu-ray player? Panasonic understands your angst, and has added an entry-level disc spinner to its UHD range.

The DMP-UB300 is actually one of three new 4K players from Panasonic, bringing the brand’s total fleet to five. The DMP-UB300 differs from its new lookalike stablemate, the DMP-UB400, in HDMI provision and audio processing. The step-up deck has twin HDMI outputs and offers fancy audio processing. There’s also a retailer specific model, the DMP-UB390, offering the same spec of the UB400 but lacking Wi-Fi. 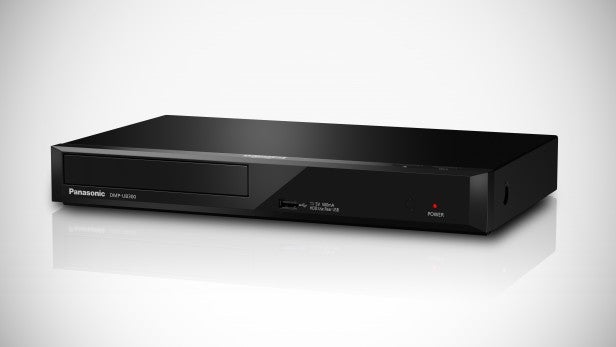 To be fair, this player looks like a budget Blu-ray player should. It’s compact at just 320mm wide, and lightweight. There’s no display, only a red power LED to signify that it’s awake.

Build quality is commensurate with the price. There are no soft-touch controls; instead, the deck has little plasticky buttons for Eject and Power. The disc tray is offset to the left and there’s an unbunged USB port on the fascia.

Rear connections are limited to a single HDMI output, USB 3.0 port and Ethernet. If you want an analogue audio output then you’ll need to look elsewhere. There’s no Wi-Fi, either.

When not being asked to play region-free 4K discs, the deck is locked to DVD region 2/Blu-ray region B. 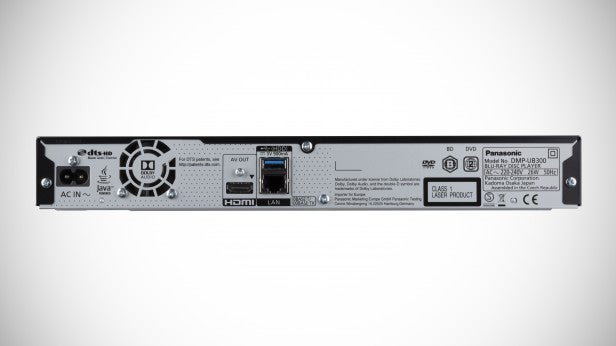 While the build may be basic, it’s the opposite under the hood. The UB300 employs the same 4K High Precision Chroma processor as the award-winning DMP-UB900 and DMP-UB700. Not only is the video engine high-spec, Panasonic has also expanded its output options and added some cool new functionality.

All Panasonic UHD players interpolate native 4K Blu-ray 4:2:0 chroma subsampling to 4:2:2 or 4:4:4 at 12-bit. But for better compatibility with the occasional TV that exhibits colour banding at the default setting, there’s a new 10-bit priority mode. The TV will automatically change from 12-bit to 10-bit mode based on the EDID received from the TV. 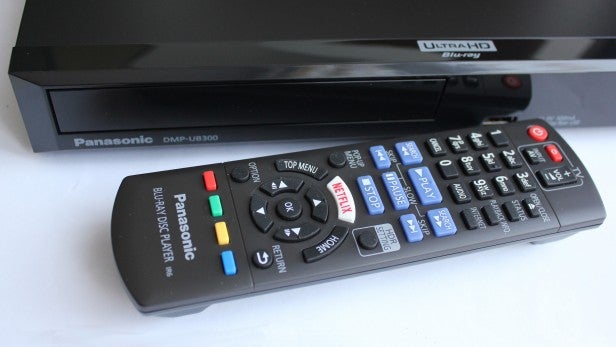 High Dynamic Range support is limited to HDR10, and there’s no provision for Dolby Vision HDR.

What is new on the UB300 (and its UB400 stablemate, for that matter) is an adjustable HDR brightness setting. Intriguingly, there’s also an HLG to PQ HDR conversion mode. Not that I anticipate a rush toward HLG HDR on disc anytime soon.

The UB300 is also a very adept media player. It will handle DSD 2.8MHz and 5.6MHz High Res Audio files, as well as 24-bit/192kHz FLAC and vanilla-flavoured MP3, AAC and WMA. MKV, MPEG and MOV video files play from USB or a NAS. 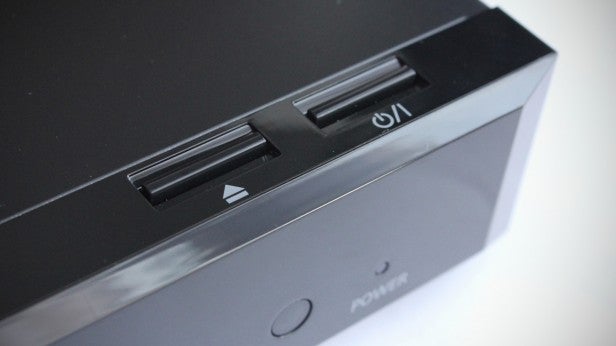 Once networked using Ethernet, you can also take advantage of Panasonic’s streaming service portal. There aren’t a huge number of OTT services on tap, but it does have Netflix and Amazon Video, both capable of 4K HDR streaming if your broadband is fast enough, plus YouTube and BBC iPlayer. There are also some European news and sports channels.

The disc transport may be budget, but loading speeds are good enough. You can expect movies to go from tray to screen in around 44 seconds. 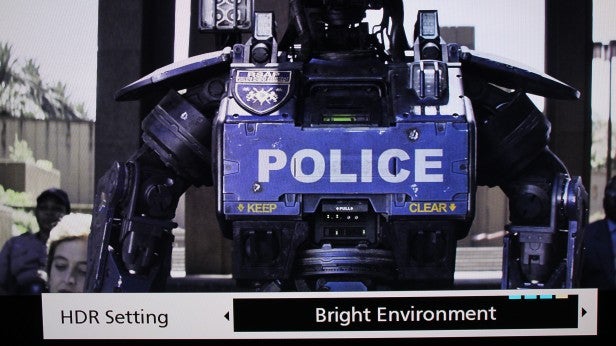 There’s nothing cut-price about the UB300’s picture performance. In fact, it’s brilliant. A 4K test pattern was resolved with absolute clarity, the image crisp and faithful, with no ringing or visible artefacts. I’d have no qualms about partnering this player with an extremely high-end TV.

The adjustable HDR brightness control on the UB300 sets out to address a common complaint that HDR movies can simply look too dark when viewed in rooms with high levels of ambient light.

It allows the average picture brightness to be increased without spoiling HDR dynamism (something that happens with a standard brightness control). Viewing modes comprise Standard, Natural Environment, Light Environment and Bright environment. 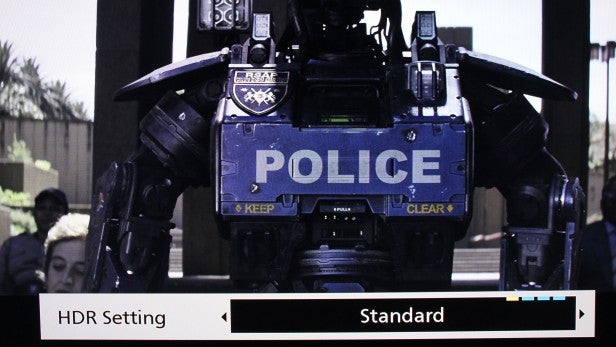 So how well does it work? With Standard, a desk lamp in Peter Parker’s room (The Amazing Spider-Man 2, UHD Blu-ray) glows realistically, partially illuminating Aunt May as she talks to Peter from the doorway. Select Natural Environment and there’s a brightness lift across the entire frame, but it doesn’t alter the fundamental balance of the image. 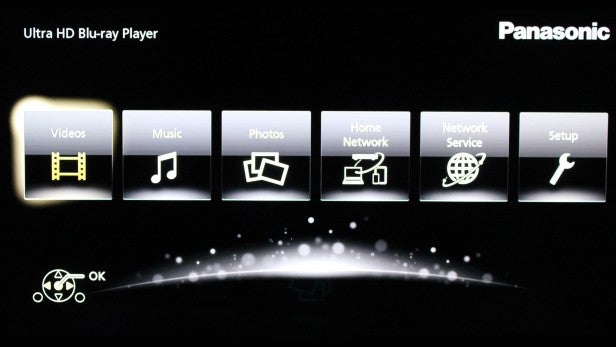 If you have a 4K TV without HDR, then the player offers Dynamic Range Conversion. You can manually map content to make the most of your panel’s inherent brightness, via a /- 12 gauge slider. This is best used judiciously; 3 was the most I could get away with playing Mad Max Fury Road before creating unwanted colour artefacts.

While not an audiophile solution, the UB300 doesn’t disgrace itself when connected to an upmarket AV receiver. The UB300 delivers Dolby Atmos and DTS:X audio codecs, and there’s a low clock jitter processor to maximise fidelity over HDMI. High Res Audio files, even when played through premium amplification, sound excellent.

Operating noise is average. A cooling fan runs at a low purr and the disc tray doesn’t rattle. You’re not going to notice the UB300 beneath the TV. 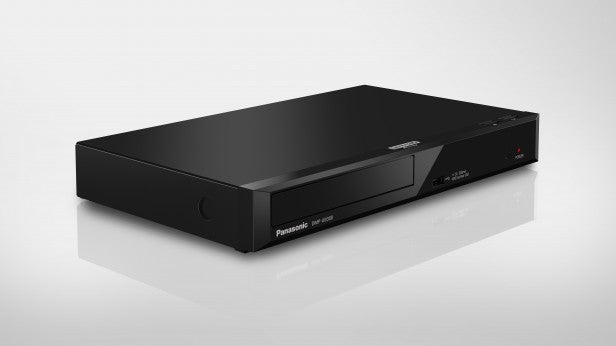 Should I buy the Panasonic DMP-UB300?

If UHD Blu-ray is going to find traction beyond early adopters and flagship financers, it needs a decent budget offering – and Panasonic has nailed it. The lack of Wi-Fi is arguably the only real sticking point for this cheap player. I appreciate the frugality of its low-cost Bakelite chassis (no really, I do), and AV performance is excellent for its class.

This deck looks terrific with both UHD discs and regular HD Blu-rays, and it’s a solid media player too.

Of course, at £250 it’s still too expensive (especially when you factor in the Xbox One S), but that price tag should be taken with a pinch of salt. It’s going to drop. Indeed, I expect to see this deck bundled and promoted with UHD screens sooner rather than later.

Panasonic’s DMP-UB300 Blu-ray player is an excellent budget option, but the lack of Wi-Fi disappoints.