Panasonic has already announced itself as a force to be reckoned with in the Blu-ray market this year with the DMP-BDT310 and DMP-BDT110, two superb 3D-ready decks that deliver best-in-class picture quality and a cavalcade of cutting-edge features.

Sandwiched in between these two models is the DMP-BDT210, which takes many of the BDT310’s best bits but chops out a feature that not everyone needs in order to bring the price down.

On the outside the design is virtually identical to the DMP-BDT310. The top panel has the same textured feel and superficial-yet-snazzy Touch Free Sensor, which opens and closes the disc tray with a wave of your hand. It also shares the super-slim dimensions, which make it easy to accommodate and cuts down on unnecessary packaging.  It’s nothing spectacular, just a tasteful, good-looking player. 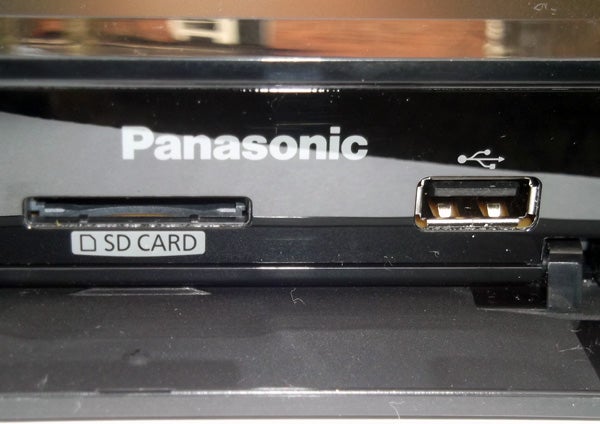 The front panel is covered all the way across by a flap, behind which is a couple of playback keys, an SD card slot for MPEG-2, AVCHD, JPEG and MPO playback plus BD Live storage and a USB port, which supports playback of MP3, JPEG, DivX HD and MKV from FAT32 drives.

The back of the deck sports most of the sockets you’ll need, but there’s one thing missing – the second HDMI output as found on the BDT310. So if your AV receiver doesn’t feature HDMI v1.4 inputs and you harbour desires of watching 3D pictures accompanied by HD audio, then you can’t – you’ll have to settle for regular Dolby Digital or DTS from the optical digital output. Some players work round this with separate multichannel analogue outputs but they’re missing too.

You also get composite and analogue stereo outputs, an Ethernet port and a USB port designated for the Skype camera (see Features).

This year Panasonic has introduced a wealth of new features, all of which have thankfully filtered down from the BDT310 despite the BDT210’s lower price tag. Chief among these is Skype video calling, which lets you see and speak to other users anywhere in the world from the comfort of your sofa. You’ll need to fork out over £100 for the communication camera mind you, but if you have enough fellow Skype users it’s well worth it. The bright, bubbly menu system makes it easy and a lot of fun to use. There’s an auto answering feature, plus callers can record messages for you onto SD card if you’re out (thanks to a software update available this month). 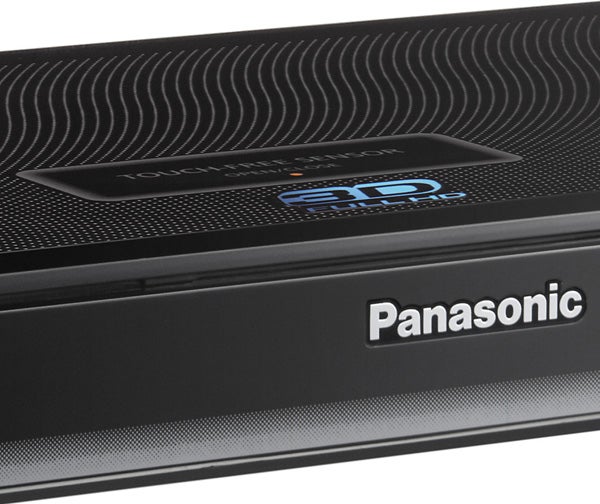 Another new feature is the ability to control the BDT210 with an iPod, iPad or iPhone by downloading the free app. This essentially lets you sling out the supplied remote in favour of your Apple device – the interface on your device mimics the remote and even carries out a couple of tricks that the real remote can’t. What’s more you can use apps like Gesture and Scrub to control the functions.

The other significant addition to the feature list is 2D-to-3D conversion and a range of 3D effect adjustments, which help you find the most comfortable image possible. They allow you to tweak the depth of the layering and the way the left- and right-eye images are displayed. You can also add a diffused border around the sides of the image, which can be distracting but some people might prefer the less abrupt way in which the picture meets the screen bezel. 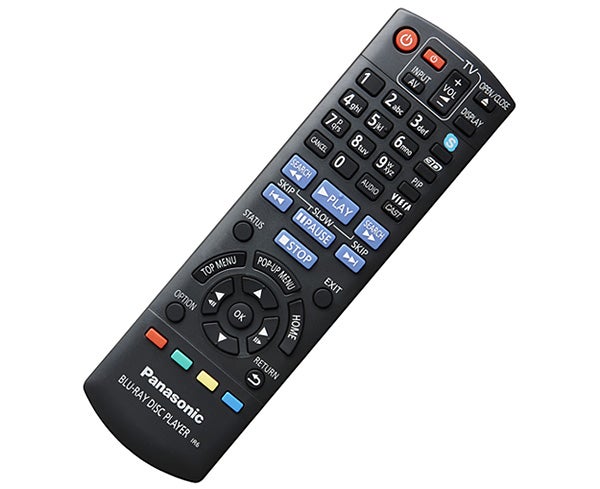 Elsewhere you’ll find other eye-catching features like built-in Wi-Fi and DLNA networking, which allows you to stream movies, music and photos from Windows 7 PCs. And if you own one of Panasonic’s DLNA-certified DIGA recorders you can use this deck to stream recordings from it, all without a wire in sight.

The only real disappointment features-wise is that Panasonic hasn’t replaced Viera Cast with the new Viera Connect web portal. Sure, Viera Cast is fairly cool, with YouTube and Twitter providing some entertainment value, but with Sony and Samsung’s systems boasting richer and more diverse content – including BBC iPlayer and other catch-up TV services – Panasonic’s players are in dire need of an update.

As we discovered with the BDT310 and BDT110, Panasonic’s new operating system is a revelation. The changes are small but significant – on the main menu, instead of making you move the cursor to an option then hitting OK, you simply hit the button on the remote that corresponds to the virtual button onscreen and it goes there instantly, cutting the time it takes to get to the function you want. The graphics are gorgeous and the whole thing operates with a slickness missing from many Blu-ray players.

The settings menu is similarly easy to use, laying out its options in a straightforward list with a sensible submenu structure. Potentially complicated features are demystified by onscreen animations and wizards, while the folder-based menus for media streaming and USB playback are simple enough – although wading through thousands of tracks with the remote can be a chore.

Talking of which, the remote is up to Panasonic’s usual user-friendly standards, with the large, rubbery buttons laid out in a spacious arrangement, all of which are clearly labelled. It’s not backlit but otherwise you can’t really ask for more from a remote.

Unsurprisingly the DMP-BDT210’s Blu-ray pictures look every bit as good as that of the BDT310 and BDT110, as it uses the same PHL-developed image tech – including the Adaptive Chroma Processing that makes such a difference to the faithfulness of colours and textures. That pays dividends when viewing the gorgeous visuals of Avatar, which is reproduced with dazzling clarity and depth. The pictures are beautifully nuanced and teeming with detail, which really helps during shots of Pandora’s creatures and rainforest landscapes – the textures and patterns look crisper and clearer than ever.

Switch over to the 3D version of the movie and it’s even more jaw-dropping, with the BDT210’s composed layering creating a deep, immersive picture. Shots of forests and floating mountains boast a believable sense of distance, and as ever there’s very little crosstalk or motion blur when viewed on one of Panasonic’s 3D plasmas. The deck also does a great job at turning the 2D version of Avatar into 3D, but it fails to convince with other discs not primarily designed to be viewed in 3D. Only one or two moments in Inception look pretty good – the shattering buildings scene for example – but the rest of it looks fairly flat.

We’re also impressed by the quality of the deck’s DVD upscaling, thanks to the on-board P4HD processing. And from an audio perspective, this deck boasts all the same sound modes found on the DMP-BDT310. The best is Digital Tube Sound, designed to add extra warmth to music playback, while High Clarity Sound shuts down analogue video circuitry for cleaner audio reproduction.

If you want 3D and HD audio but your AV receiver lacks HDMI v1.4 inputs, then the flagship DMP-BDT310’s dual HDMI outputs will be a godsend. But if your receiver is 3D-ready then why not save yourself some cash and pick up the BDT210 instead. The second HDMI may be missing but all of the other features are left intact, such as Skype, iPhone control, 2D-to-3D conversion and DLNA networking – making it excellent value for money. We’re also enamoured by its gorgeous picture quality, which dazzles whether you load a 2D or 3D disc.

It’s not perfect though. Viera Connect can’t come to the Blu-ray range soon enough, the 2D conversion feature isn’t firing on all cylinders yet and you’ll need deep pockets to take advantage of the Skype feature. But that aside this is yet another top-notch Blu-ray deck from the Panasonic stable.