The Panasonic CM1 has a screen much smaller than that of other top-end Android phones. A 4.7-inch display makes it closer in screen size to the self-consciously ‘small’ Sony Xperia Z3 Compact than the sort of phones that sell at remotely similar prices.

As we noted earlier, this helps the CM1 from going from feeling like a chubby phone to a small motor home you have to fit in your pocket.

However, for a screen of this size it’s technically very solid. It has a 1080p display where most at the size still have 720p screens, including the Sony Xperia Z3 Compact. This gives it a really quite excellent pixel density of 469ppi. Sharpness is excellent, and we found the tone of the screen to be great all-round, offering a good way to preview your photos. 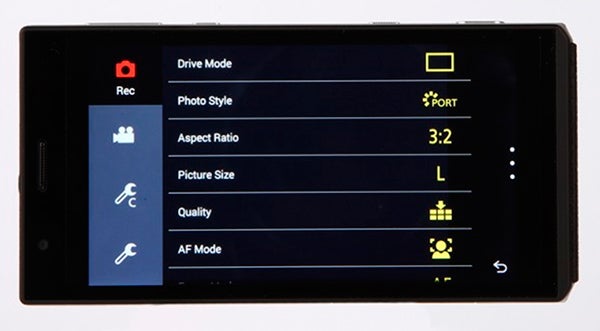 We should note here that the phone offers far greater sharpness than even the most advanced camera screens. In camera speak, the CM1 has screen resolution of 6,221k dots, where the £2400 (body only) Nikon D810 has just 1,229k dots to its rear display. Here’s a little secret: one reason cameras still list their viewfinder and screens resolutions in this way is because standards are much lower than elsewhere (the D810’s rear display is only 640 x 480 pixels).

Next to the very best Android phone screens, though, the Panasonic CM1 will not shine. It won’t challenge the Galaxy Note 4.

Still, it has all the features we expect of a higher-end Android. Bluetooth 4.0, Wi-Fi and GPS are a given, but the Panasonic CM1 also features NFC, not seen in all phones. Predictably, it lacks some of the flashier extras seen in some top-tier Android that don’t place as much emphasis on the camera. There’s no IR blaster, fingerprint scanner or heart rate sensor.

The Panasonic CM1 is clearly not a phone that needs to try too hard to set itself apart in areas other than the camera. Sure enough, Panasonic hasn’t altered too much from standard Android apart from areas that affect the camera.

You get a bespoke camera app, but otherwise the interface is pretty much standard Android 4.4.4. All the software flashiness of the LG G3 and Sony Xperia Z3 is stripped away, leaving the practical, but likeable, Android KitKat. 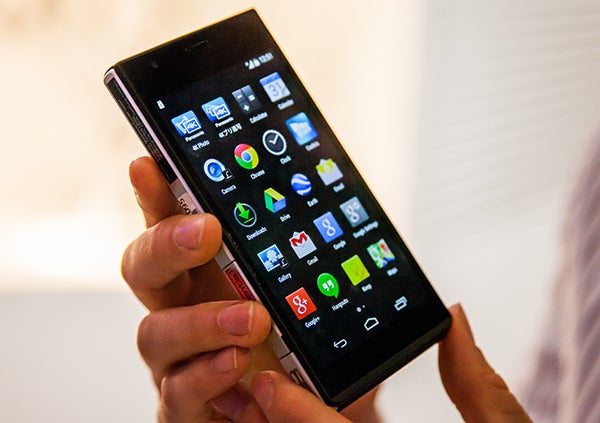 Of course, we’d prefer to see Android 5.0 Lollipop installed, especially when we have little faith Panasonic will update it. Especially given the small numbers of units the CM1 is likely to sell.

Still, the stripped-back approach works. There’s not the usual bloat you’ll find on big-name phones, and performance is very good, as is often the case with near-vanilla Androids.

The Panasonic CM1 has a very capable CPU too, although not one that is cutting-edge anymore. It uses the 2.3GHz variant of the Snapdragon 801, the same processor used in the HTC One M8.

Since then we’ve seen top-end phones move up to the Snapdragon 805, like the Galaxy Note 4, while the 64-bit Snapdragon 810 is due to land in the next few months. However, the 801 can still do everything you’ll ask of it and the Panasonic CM1 was never intended to be a phone for those who like to spend afternoons gazing over leaderboards of benchmark results.

There’s pretty sound flexibility for installing apps too. Although the 16GB storage may seen pretty stingy when a 64GB OnePlus One costs just £269, the Panasonic CM1 does have a microSD card slot. And it’s SDXC compatible, meaning you can use cards up to 128GB – available, at the time of writing, from a surprisingly reasonable £65.