The Panasonic CM1 camera is the main event. It has a 1-inch 20-megapixel sensor with a 28mm f/2.8-11 lens, bearing Panasonic’s familiar Leica DC licensed branding.

There are several points of interest here. Not only is that resolution pretty high, the sensor is far larger than even that of the Nokia Lumia 1020. The aperture is variable too. The vast majority of phone cameras have fixed apertures, the few exceptions including zoom camera like the Samsung Galaxy K Zoom, and the Nokia N86 from way back in 2009. 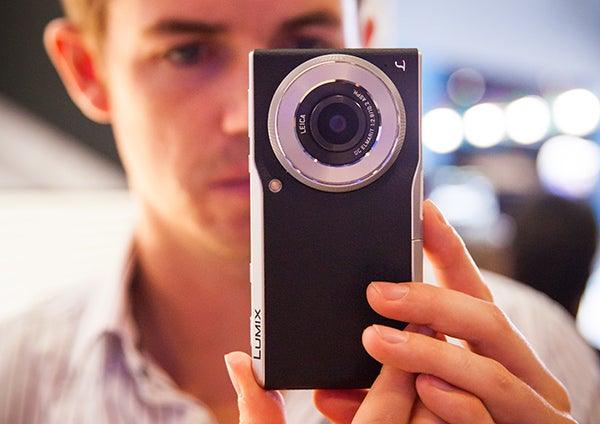 It’s not just the hardware that has the edge, either. The Panasonic CM1 has a camera app with more in common with the OSes of dedicated cameras than smartphones. It offers PASM manual modes that make great use of the control dial on the front of the camera. Alternatively, touchscreen controls are available.

If you’re not familiar with these PASM modes, they are manual and semi-manual modes that give you control over core parameters. P stands for Program Auto and lets you control exposure, leaving shutter speed and aperture controlled by the CM1. 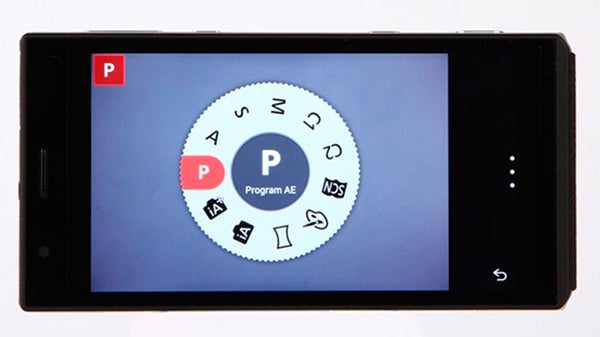 A is Aperture Priority and gives control over the aperture width of the lens. S is Shutter Priority, handling aperture while you select shutter speed. And for the real pros, Manual lets you set aperture and shutter speed independently.

In the phone world, just having control of the shutter speed is a luxury. The Panasonic CM1 goes several steps further.

The control, both in the software and hardware, makes the CM1 not just a good replacement for a high-end compact camera but also a steady option for really quite serious photographers who don’t want to take their DSLR around 24/7. 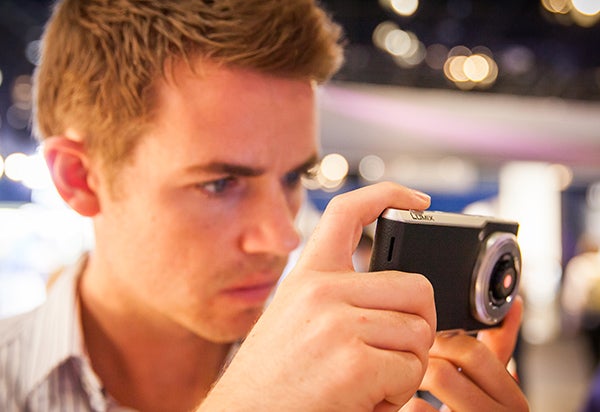 It’s not necessarily intimidating either – these options are simply there if you want them. Point ’n’ shoot photography is the default as ever with a phone camera and Panorama, Scene and arty filter modes are on-hand.

The Panasonic CM1 also offers a decent array of composition guides. While most phones offer a grid overlay, the CM1 has 8 or 9-grid splits and horizontal/vertical gauges plus a histogram read-out (which can be switched off).

The Panasonic CM1 has its own dedicated image processor, which Panasonic calls the Venus Engine, and in our experience it provides quite excellent performance.

While the CM1 doesn’t have phase detection autofocus, we were happy with the speed with which it locks on using contrast detection. Colour reproduction and exposure metering are both very reliable too, something that is far from a given even in top-tier phones. 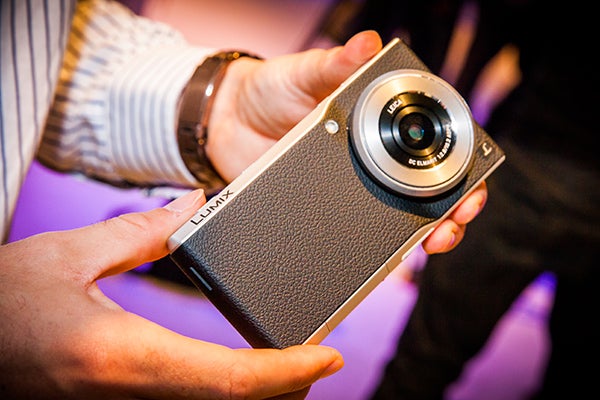 As for image quality, the Panasonic CM1 is simply in another league compared to most other phone cameras. Its dynamic range is far greater than an iPhone 6’s camera, with performance at low ISOs that it only slightly worse than the £700 Panasonic LX100 advanced compact. 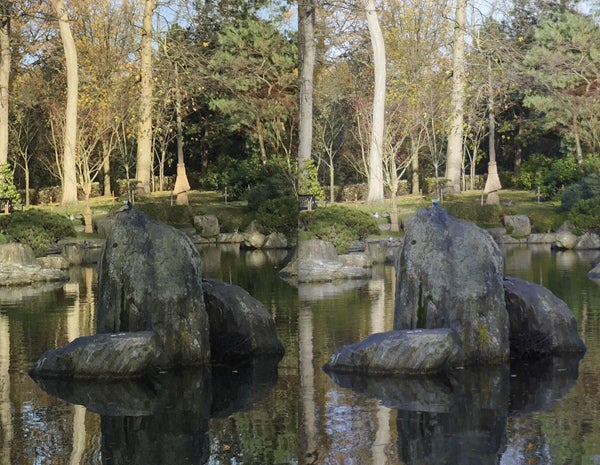 iPhone 6 on the left, CM1 on the right

In fact, according to our lab test results – which we run for dedicated cameras but not normally phones – the CM1 actually offers more detail than the LX100 throughout its ISO range, with less colour distortion.

It’s only in dynamic range where dedicated 1-inch sensor cameras get you better performance. As you can see in the chart below, there’s quite significant drop-off past ISO 400, where the LX100 retains a respectable 10EV at ISO 1600. 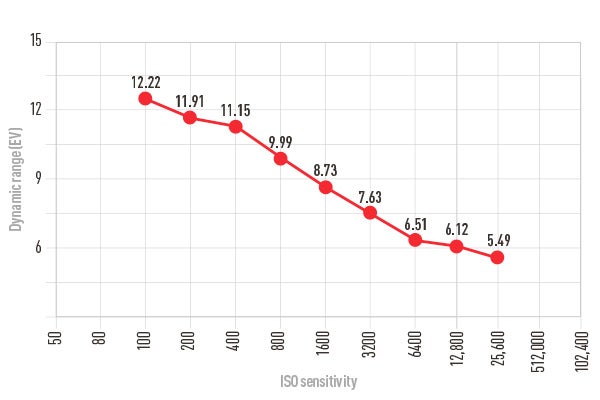 ISO is another area where the Panasonic CM1 separates itself from the pack. It offers a very solid native ISO range of 125 -12,800 with extended settings of ISO 100 and ISO 25,600 (these are seen as not offering quite optimal performance by Panasonic). The Sony Xperia Z3 made a big fuss about its 12,800 ISO, but the problem is that such high ISOs become less useful the smaller a sensor is, meaning Sony has to resort to excessive processing to avoid images looking like a sea of noise.

The Panasonic CM1 really has a right to such high ISOs. Although, to back-track a little, you’d only want to use 12,800 and 25,600 in emergencies. Stick to ISO 1600 and under and you’ll be able to produce some stunning shots, while there’s very little difference between ISO 100 and 400 in our tests: both are virtually noise-free.

Thanks to the larger sensor, low-light performance is far better than that of virtually all phones. While there’s more to camera performance than sensor size, it has a big part to play.

Here are some samples taken using the Panasonic CM1: 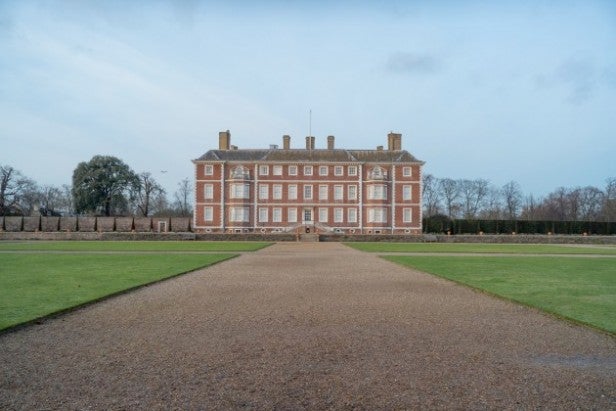 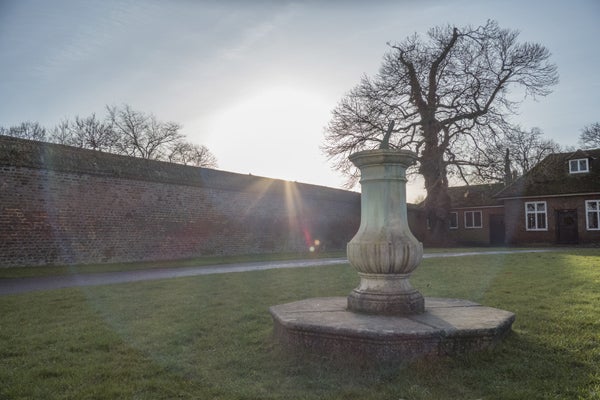 However, this is far from a foolproof camera, and we do see plenty of scope for a Panasonic CM1 mk2. It does not have optical image stabilisation, meaning that while you can produce some super low-light shots, you will often end up with blurry images unless you keep your hands very still.

OIS would make careless night shots far better, boosting performance into yet another league above the competition. Of course, the simple physics of fitting this extra hardware into such a slim frame may be incredibly difficult. 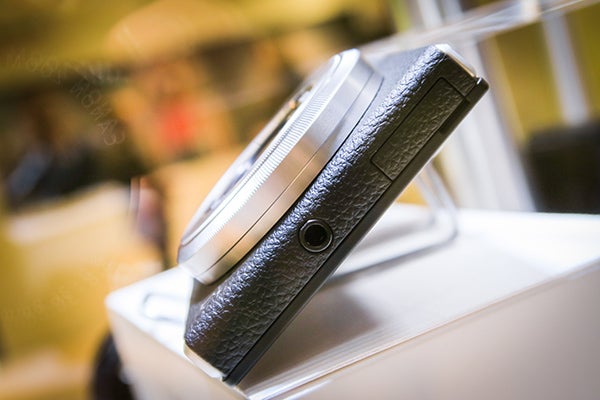 Given the lack of stabilisation, we grew to miss the lack of a 1/4-inch tripod mount on the camera. However, it should fit into a third-party phone grip mount easily enough.

For those keen on getting more serious with their Panasonic CM1, the camera is able to shoot in RAW and .RW2 formats as well as standard JPG, giving you more scope for post-processing.

We’re also very happy to see 4K video capture included. While it’s becoming pretty common in top phones, it’s far form a given in higher-end cameras – Panasonic has become one of the key pioneers in this field. Once again OIS is missed here, and it doesn’t seem to use particularly dynamic software stabilisation either.

One other dropped feature is the flash. The CM1 does not have a traditional Xenon flash, but an LED one – the kind normally used by phones. It doesn’t offer great range, but will do the trick for late-night portraits.

Panasonic also also shunned what is becoming the fastest-developing area of normal mobile cameras – the selfie. It has a 1.1-megapixel front camera, which is fairly low-res by any standard.

The Panasonic CM1 has a 2,600mAh battery. That is not huge, but we also need to remember that the phone has a smaller screen than other phones right at the top of the Android price scale.

We were reasonably happy with its stamina too, ending up with 20-30 per cent charge after a full day’s use. There’s enough of a buffer here to let you use the phone without feeling like it might run out on you before bed time, although it’s not among the longest-lasting Android devices. 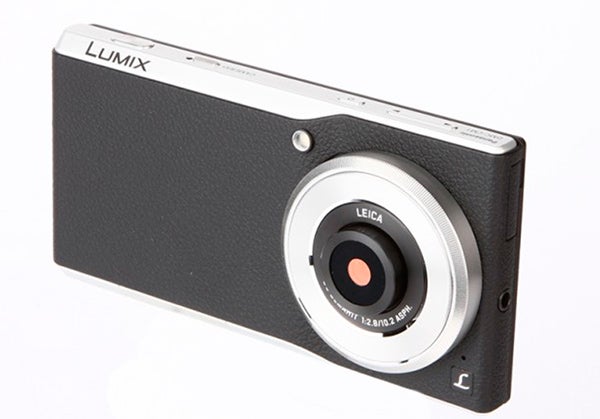 Should I buy the Panasonic CM1?

The Panasonic CM1 is an unusual phone, and unlike most other recent camera-phone hybrids, it doesn’t try to squeeze its way into becoming a somewhat-mainstream option. Its £799 price is stratospheric, and at this point it seems there’s zero chance of it being available with carrier subsidies that would soften the impact of that bullet.

Panasonic is instead to sell the CM1 in selected specialist camera stores, where its unique (to phones) abilities are likely to be fully appreciated.

So should you buy it? We love what Panasonic is doing here, and it really has fit much of the imaging capabilities (minus zoom lens) of a dedicated compact — and one that costs at least £500, not £200. It’s an amazing achievement, but there are plenty of areas to improve, and both the physical and financial sides of the CM1 are pretty hard to swallow.

Here’s the rub: the original Sony RX100 is now available for around £330, or even less on import, and that would leave you enough change from the CM1’s asking price to buy an even higher-performing phone like the LG G3.

You need to question whether you need this extra degree of convergence, because we’re not sure the sacrifice of having to carry around a phone this chunky every day is necessarily worth it for many. Still, Panasonic has really pulled this off in other respects, and from a company with little phone experience, that’s impressive.

It may cause irreparable damage to your wallet and pocket, but the Panasonic CM1 produces some of the best photos ever from a phone-like device.