What is the Panasonic CM1?

The Panasonic CM1 is a camera that happens to do everything an Android phone can do. Yes, including phoning your mum and sending YouTube cat video links over Whatsapp. Panasonic calls it a Communication Camera, but feel free to think of it as an Android phone with photos that beat those of every other phone to date.

It would be easy to make comparisons with Samsung’s phone-camera experiments like the Galaxy K Zoom and Galaxy Camera 2, but the Panasonic CM1 is different. Here, there’s no optical zoom, which some think is the main difference between phone cameras and dedicated cameras.

What’s actually more important is sensor size. The Panasonic CM1 has a 1-inch 20-megapixel sensor more than four times the size of the sensor in the Samsung Galaxy S5.

So while the £799 price makes the phone seem ridiculous, you need to consider that Panasonic’s own 1-inch sensor Panasonic LX100 camera costs £700 itself. And you’re not going to be sharing many cat videos with that.

The Panasonic CM1 is not going to work its way out of a tiny niche, especially with no plans for mainstream subsidised distribution in the works. But we like what it’s doing. 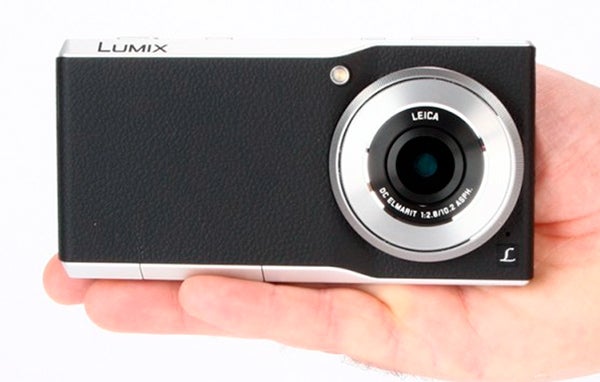 Like other heavily camera-centric mobile phones, the Panasonic CM1 is not remotely thin or light. It’s 15.2mm thick, blooming out to 21.1mm by the camera lens. We call 10mm thick phones chunky these days, so don’t expect something that will slinkily slip into your pocket.

It size is closer to the optical zoom cameras we’ve seen over the last couple of years, the last being the Galaxy K Zoom, which is actually a little slimmer despite using a zoom lens. The Panasonic CM1 does look smart, though, if you can get on with its hybrid style.

Like Panasonic’s LX and TZ series compacts, it has a stark two-tone silver-black finish. From the front it could almost pass for a ‘normal’ camera. 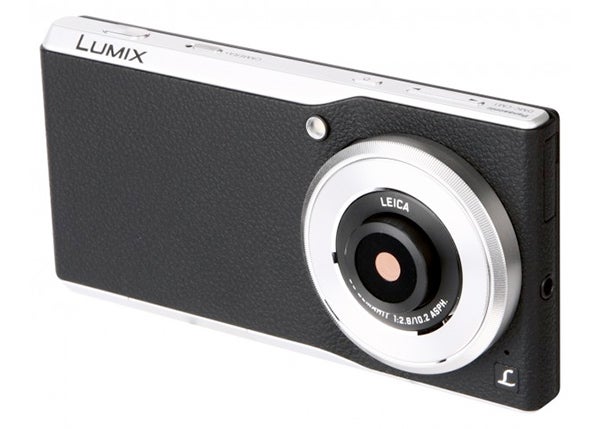 If you’re thinking of jumping ship from an iPhone, though, you do need to consider its sheer girth. Panasonic has sensibly used a slightly smaller-than-average 4.7-inch screen to keep the dimensions sensible, but at 204g it’s 40 per cent heavier than the Samsung Galaxy S5.

Given the lofty price, the Panasonic CM1 doesn’t feel all that expensive in places either. Its front has a textured leather-effect plastic finish, but this feels a little cheap as it’s not rubberised or softened. It’s obviously plastic when you get your fingers on it.

When shooting at least, we’d have preferred to see an area of rubbery grip on the front, although naturally this might feel a little odd when the Panasonic CM1 is used as a phone. There are no easy solutions here, but we’re not sure the hard plastic finish was entirely the right choice. 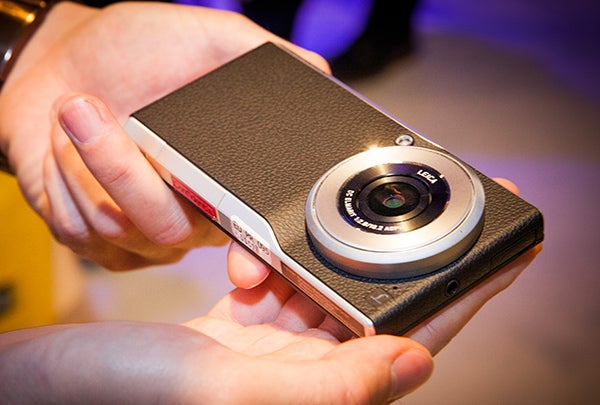 Panasonic’s relative inexperience in the field shows in some areas, too – Panasonic designed a series of Eluga phones back in 2012, but they were never actually released in the US or UK. The CM1 has a tray for its Nano SIM slot and a cap that goes over the Micro USB socket. We found both pretty awkward, and even ended up damaging the SIM tray just trying to put a SIM in. A word of warning: be careful.

It’s not looking so hot for the Panasonic CM1 so far. The finish is a shade cheap and the phone – sorry, Communication Camera – predictably is far chunkier than more normal Android phones. However, there’s a lot to like in the hardware, too.

Our favourite part, and something that feels almost as important as the large sensor, is the robust control ring that sits around the lens’s perimeter. This, in tandem with the solid two-stage physical shutter button, give a traditional camera-like feel that just isn’t found in any other phone. 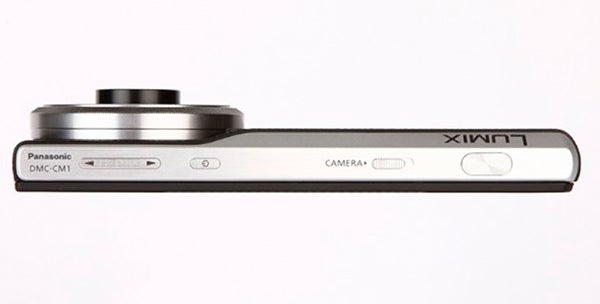 A proper manual control dial also proves this is the most serious phone-camera hybrid yet. The Samsung Galaxy K Zoom and Nokia Lumia 1020 offer some manual control, but it’s all found within touchscreen menus, adding another layer between you and your photos. Here, with one hand on the control wheel and another on the shutter button, you get the real camera experience. It’s more than just point ’n’ shoot.

There’s also a flick switch on the side – or the top plate if we’re looking at the CM1 as a camera – that takes you instantly to the camera app. Plenty of phones offer quick ways to get to the camera, but with the Panasonic CM1 there’s a pleasing tactility to it.