Normally we’re not sceptical about 4k resolution in the slightest. We’ve seen enough of it in action both in commercial cinemas and in forward-thinking domestic gear demos to know that we can’t wait to get 4k installed in our living and home cinema rooms.

However, when Panasonic announced at its CES press conference that it had made the world’s first 4k2k 20in LCD screen, we couldn’t suppress a smirk. Why on earth would anyone want to put so much effort into squeezing 3840×2160 pixels into a 20in screen?! Surely you’re not going to be able to appreciate the benefits of 4k in such a small environment? 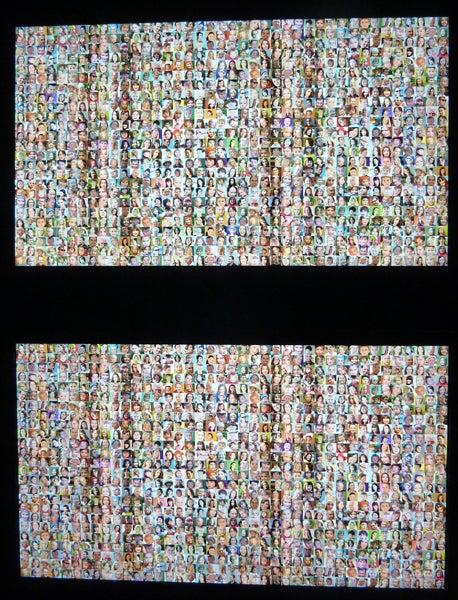 Dutifully, though, the day after the press conference we ducked into a special curtained-off area of Panasonic’s CES stand to have a quick shufty at the 20in 4k2k LCD panel in action. And by the time we emerged, our earlier cynical smirk had turned into a smile of happy disbelief.

Not surprisingly, Panasonic hasn’t found it easy to fit 4k’s worth of pixels into a 20in screen. It’s had to develop a high aperture ratio process capable of delivering a staggering 216 pixels per inch (versus the usual 60-odd). This new process also allows the panel in the 20in screen to be just 3.5mm thick – more or less the same as a normal full HD screen.

Impressively the 4k panel also uses specially refined alignment technology to make it an IPS Alpha screen, meaning that it can be watched from much wider viewing angles than most LCD TVs before colour and contrast plummet. 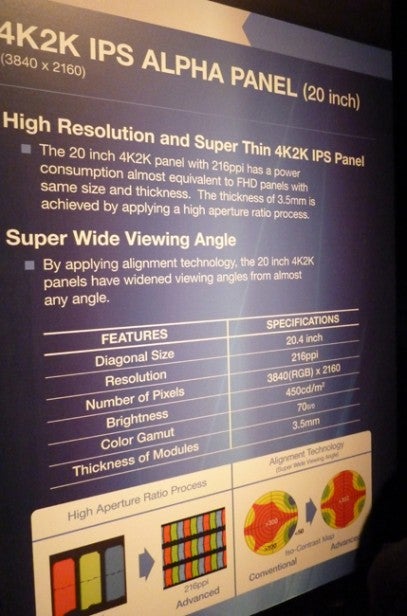 The 4k screen was presented in the darkened area of the stand in a ‘head to head’ format with a normal 20in full HD panel, with each screen being fed a selection of 4k still images. And the difference in quality between each screen really was nothing short of startling – especially to people as previously cynical about small-screen 4k as us.

The extra detail, texture, clarity and simple precision in the 4k screen was astonishingly obvious. This was especially true if you stuck your head right up close to the screen. But the difference was also clear as day from a sensible viewing distance – as much as 10 feet away. 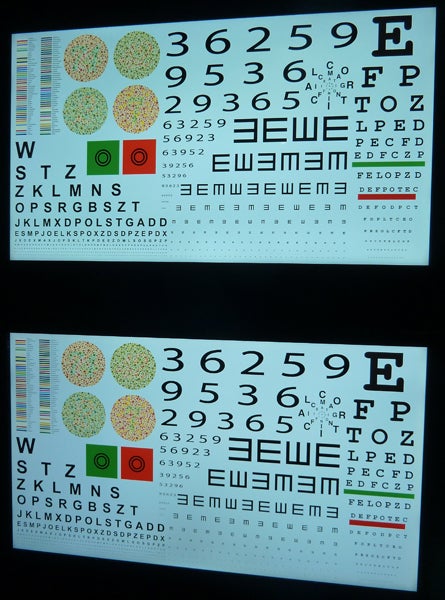 We’ve posted a few pictures of head to head material here, just as it appeared in the demonstration. But sadly it has to be said that while the 4k ‘difference’ might be easy to see in real life even on a 20in screen, we couldn’t really find a way to accurately recreate it when using 72dpi JPEGs on a website! But hopefully the shots give you at least a sense of the circumstances in which we found ourselves amazed by Panasonic’s little star.

You probably won’t be surprised to learn that Panasonic is currently only seeing its 4k 20in screen as a ‘commercial’ device aimed at business that need to be able to see an exceptional amount of detail onscreen at once. But even though the 4k2k panel isn’t likely to be finding its way into your kitchen or bedroom any time soon, it’s still another very strong addition to the growing 4K product canon in that it shows that you don’t, after all, need a really huge screen to enjoy the benefits 4k resolution can bring.