The summer of 2008 has been a good one for smartphones. Launch has followed exciting launch, with not one, not two or even three, but four or more major handsets hitting the market in a matter of months – there’s been so many it’s hard to keep count.

First came the HTC Touch Diamond, deliberately timed to trump the iPhone 3G. It failed but the its bigger brother, the Touch Pro, was a much better stab. Then we had the excellence of the Nokia E71 and finally the RIM BlackBerry Bold. With such high calibre opposition, you’ve got to feel a bit sorry for Palm and its Treo Pro. 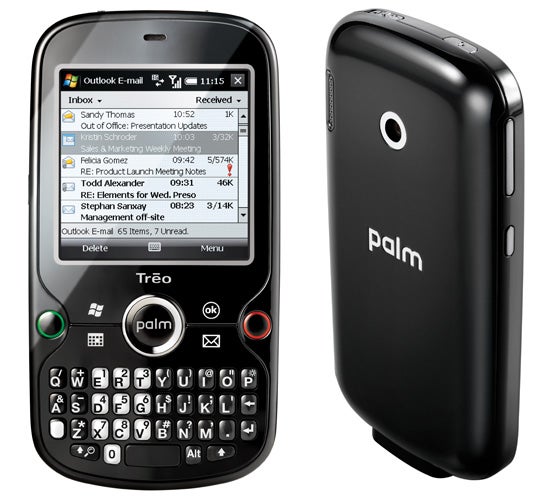 It’s certainly a step up from the Centro ? a phone it owes more than a modicum of its design heritage to. It’s thinner, glossier and altogether more grown up in appearance and it’s not an unpleasant phone to hold and pocket. Rounded corners and edges help here and the all-gloss black finish ? Palm dubs this Obsidian ? is sumptuous to behold.

In the raw numbers it’s not all bad either. At 13mm thick the Treo Pro isn’t as thin and sleek as the Nokia E71, but neither is this the thickest phone in the world. Indeed, it’s narrower around the waist than the iPhone 3G and it’s certainly a lot svelter than the HTC Touch Pro, which measures a chunky 18mm front to back.

It doesn’t give up much in terms of features, either. There’s quad band GSM, GPRS and HSDPA for high-speed mobile data. It has Wi-Fi and Bluetooth, while its 400MHz processor and 128MB of RAM is enough to keep Windows Mobile running at a decent lick. I’d like to have seen more than the meagre allocation of 100MB storage, though the microSD slot under the back plate does allow you to expand this.

It also has integrated GPS; accompanied in this instance by Google Maps and a 14-day trial of a piece of navigation software called Webraska for turn-by-turn navigation – look out for a full review of this next week. GPS functionality works well, too, when used in conjunction with the Quick GPS tool (this downloads data on satellite locations based on mobile phone mast triangulation). It locks onto a satellite signal quickly and in tests provided a reliable and accurate position.

But the Palm Treo Pro is not a world beater and this is principally due to its ergonomic design. It’s keyboard, for instance, is very similar in design that on the Centro, complete with little rubbery keys. It’s also a little wider than the keyboard on the Centro, by dint of that broader body, but despite that, it isn’t big enough to get any kind of decent speed up on it. In fact, those who bite or trim their nails right back probably ought to look elsewhere right now – you really need to use your thumbnails to type on this phone.


Battery life can’t match that of the class-leaders, either. Connected to the mobile network via HSDPA and with push email switched on, this phone will struggle to make it past 24 hours of light to medium use – a few phone calls, an hour or so total web browsing and no music listening at all. 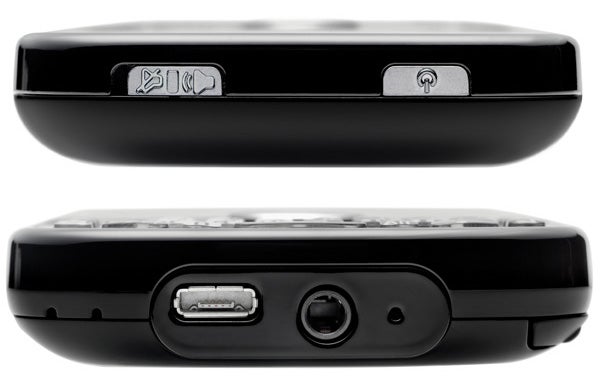 Compare this to the Nokia E71, which lasted two to three days out of the box, the similarly impressive BlackBerry Bold or the HP 914c Business Messenger, owner of one of the largest batteries seen in a Windows Mobile device, and the Treo Pro appears to have asthmatic ant levels of stamina.


Palm’s strange choice of micro-USB rather than mini-USB for synchronisation and charging doesn’t help matters. It may be a standard connection but the cables are far from common, which means you’ll have to carry one with you if you want to charge or connect the phone away from home.


Much like the iPhone 3G, the quality of the two megapixel camera leaves a lot to be desired, too. Pictures taken with it look worn, washed out and are usually out of focus and continuing the iPhone similarities there’s no front facing video call camera either. Neither are there any fancy graphical tweaks, like HTC’s TouchFlo 3D interface, to hide the ugliness of Windows Mobile and any additions or customisations that there are, are purely non-aesthetic.

All this said the Palm Treo Pro is not without its plus points. It has a 3.5mm headphone jack – a rarity in Windows Mobile smartphones – though sound quality is a little on the thin side, while there are all manner of thoughtful touches scattered around its well-thought out chassis. On the top edge, for instance, you’ll find a switch to silence the ringer and a power button that doubles as an on/off switch for the phone aspect of the device – give it a long press and the GSM is disabled; another long press switches it back on again.


On the keyboard, there are shortcut keys and key combinations for screen brightness and device search, while inserting symbols is dealt with in a manner more elegant than I have seen in any other Windows Mobile smartphone. Pressing the Alt key brings up a full list of symbols; click Alt and a letter key simultaneously and you get a shorter list of special characters pertaining to that letter.

In another unusual touch, for those who need to connect the phone regularly to a desktop PC other than their own machine, the Palm Treo Pro will act as a mass storage device in the first instance, firing up a window on your PC that points you at the Microsoft website so you can quickly download the latest version.


Its 320 x 320 resolution screen is also a pleasure to use. It is bright and clear, transflective – so is easy to view outside in bright sunshine – and its touch sensitivity is extremely accurate. With Opera Mobile 9.5 installed, browsing the web on the phone is a comfortable and productive experience, too.


Unfortunately the Palm Treo Pro, despite a raft of useful features, just isn’t quite good enough to keep up with the competition. Its keyboard isn’t as good as the one on the Touch Pro, its battery life is not as good as the battery life you get with a Nokia E71 or Blackberry Bold and there are few interface enhancements to shield you from the rather old-fashioned looking Windows Mobile interface. 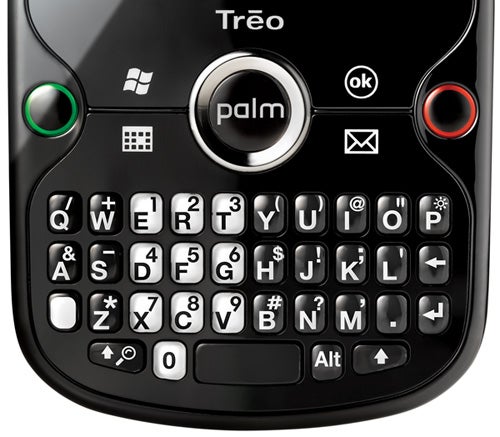 Of course Windows Mobile’s strength is that it’s relatively simple to do this yourself, but this won’t be enough for most people to overcome this phone’s physical shortcomings. With so many high-quality alternatives to choose from, the Palm Treo Pro is left trailing in the dust.


In another time the Treo Pro would probably be earning many plaudits. Yet, despite an excellent feature set and some clear design improvements over the previous models, the Treo Pro lacks the interface refinement to compete with heavyweight smartphones like the Nokia N71, Blackberry Bold and HTC Touch Pro. Other shortcomings, like the mediocre battery life and awkward keyboard, also grate and make the Treo Pro something mainly devout Palm users will invest in.