This PC is all about 4K performance, so I’m pleased to report that the Overclockers system just about manages to play games at 3,840 x 2,160.

Its best 4K average came in Batman: Arkham Origins, where it topped out at 56fps, and it went on to hit 40fps or more in Grand Theft Auto V and Tomb Raider. The Marvel’s playable performance continued in BioShock, Metro: Last Light and Middle-earth: Shadow of Mordor, where its frame rates hit at least 31fps.

The Marvel 4K only fell below that important 30fps barrier in a handful of games. It was only one frame slower than that figure in Battlefield 4, and it stuttered through Crysis 3 at 25fps.

Most of the Marvel’s better average frame rates were bolstered by decent minimums, which means there will be only minimal slowdown during the most intense gaming moments.

Despite the £799 price, the Marvel is able to handle most games at the mighty 4K resolution – an impressive feat. And, if a game won’t quite run at its highest quality settings at 4K, then these results are an indication that smooth gameplay isn’t far away: just ditch anti-aliasing or drop down one level and that should speed things up. 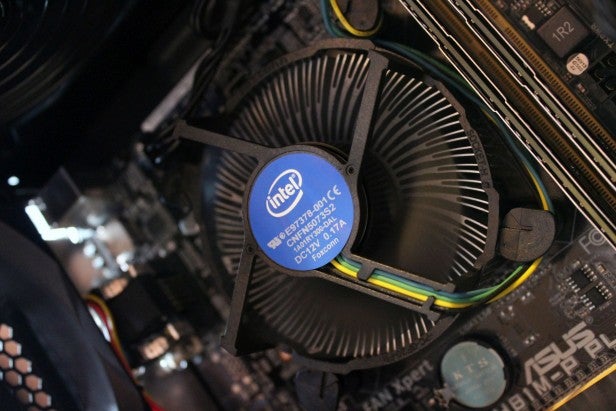 It’s a better slate of benchmark results than rivals. The nearest Alienware X51 won’t be any competition: the £819 model of Dell’s gaming desktop is hampered with an Nvidia GeForce GT 745 card. The nearest Syber comes is a £979 model, but that has only a GTX 970 core – another card that will be slower than the R9 390X.

The Marvel returned middling scores in processing benchmarks. Its score of 10,527 in the Geekbench 3 test beat the Syber system, which could only manage a score of 6,961 because of its Core i3 silicon. The Alienware, though, had a Core i7 chip that raced through the test to a result of 14,014.

It’s enough processing power to avoid bottlenecking the graphics card, and it’s plenty to handle day-to-day computing and most work applications. Anything CPU-intensive, however, won’t run so well – the Core i5 part is hampered by a lack of Turbo speed and the absence of Hyper-Threading.

The storage, too, proved mediocre. It might have ample room for games, but the Seagate’s sequential read and write speeds of 140MB/sec and 175MB/sec aren’t good. Solid-state drives are far quicker, which means game-loading times and the system’s boot speed will both disappoint.

The Marvel’s thermal and noise tests didn’t provide any shocks. The stock speed processor was consistently cooler than the overclocked graphics card. The Core i5’s idle temperature of 30 degrees only increased to 61 degrees in stress tests. The Asus GPU, meanwhile, begun at 54 degrees and topped out at 92 degrees.

That’s a high temperature, and it saw the core throttle to around 1,025MHz – although it won’t have a detrimental impact on games, which don’t demand 100% from the GPU at all times.

The machine’s noise output is entirely typical. It’s very quiet when it isn’t running games – no doubt helped by technology that deactivates the GPU’s fans when the card isn’t stressed. However, the noise ramped up when the GPU was pushed. The PC’s aural output was no worse than most gaming systems.

The model I’ve reviewed here costs £799, but the specification can be altered with various customisation options.

The most significant change can be made in the graphics department. Upgrading to a Radeon R9 Fury costs an extra £100, and opting for a Fury X adds £160 to the price. Doubling the memory to 16GB will cost an extra £30, and there are several storage options available – it’s even possible to replace the 1TB hard disk with an SSD of the same size.

Elsewhere, it’s possible to change the case, add an optical drive and wireless module, and boost the warranty. The Core i5 processor can’t be changed, however.

The Marvel 4K comes with the standard Overclockers warranty, which includes two years of collect-and-return coverage followed by a year of labour coverage. That’s better than the Alienware, which is protected for only a year. 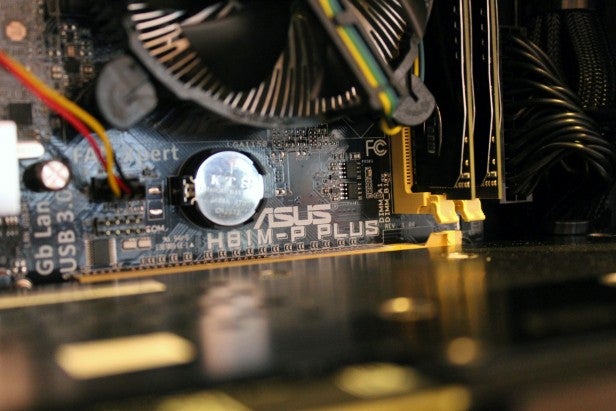 Should I Buy the Overclockers Marvel 4K?

Most system builders aim to create well-balanced desktops, but Overclockers has abandoned that philosophy to create the Marvel 4K. This PC unashamedly concentrates on frame rates, which means it suffers elsewhere. The chassis lacks features and suffers disappointing build quality, and the specification misses out on faster memory, a generous motherboard and an SSD.

That isn’t necessarily a bad thing. The overclocked R9 390X graphics card is able to handle many games at 4K, which is something that can’t be said of most £799 systems.

Rivals aren’t as GPU-heavy, which means they’re superior in other departments. Both the Alienware and Syber machine are smaller and better-looking, and they have processors that will perform better than the Marvel’s older Core i5 chip.

The Marvel 4K is a system designed for frame rates and little else. It’s an ideal purchase for those who want to play 4K games for as little cash as possible – but other machines sacrifice gaming ability for better quality elsewhere.

Although the Marvel 4K makes several sacrifices in order to achieve 4K playability, it remains a good option – there aren’t many ways to play PC games at 4K for this sort of cash.

If you need some new games for your factory-fresh PC then look no further: here’s our round-up of 2015’s best titles. Here’s our verdict on the best free antivirus tools, too, so you can keep the new system protected.