At this year’s Eurogamer Expo in London there were a lot of massive, triple A games – mostly sequels like the latest God of War Ascension, Assassin’s Creed 3, Farcry 3, Halo 4, Fifa 13, Company of Heroes 2 and more. Among all these, it might be easy to dismiss the indie games made by relatively tiny dev teams, but some of these were just as much fun and far more inventive than the big blockbuster titles. We’ve picked a few of our favourites to share with you.

IsoChronous
Fat Princess mixed with Tower Defence and a dash of Braid, this unique indie game is a great local multiplayer romp. For more details on this fun little local versus gem, read our IsoChronous preview. 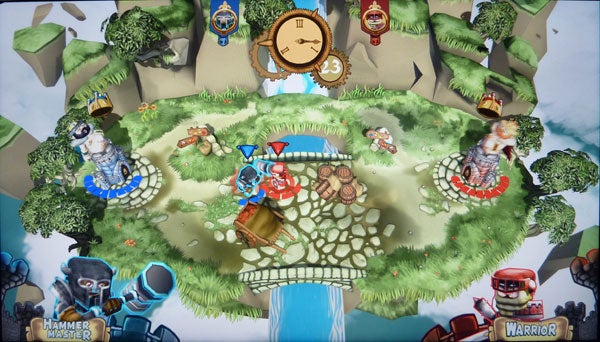 Kairo
Kairo is an atmospheric first-person puzzle and exploration game set in what the developer Richard Perrin (yes, there is only one, and he’s also the artist and programmer) describes as a haunting abandoned city.

This PC game has no intro, no cut-scenes, no HUD, healthbars, inventory or indeed any clutter whatsoever. It’s as streamlined as it gets, and the same can be said for the controls and gameplay. Run and jump are present, but they’re merely there to make your navigation of the world a little more interesting; they’re never required to explore the levels or solve puzzles. 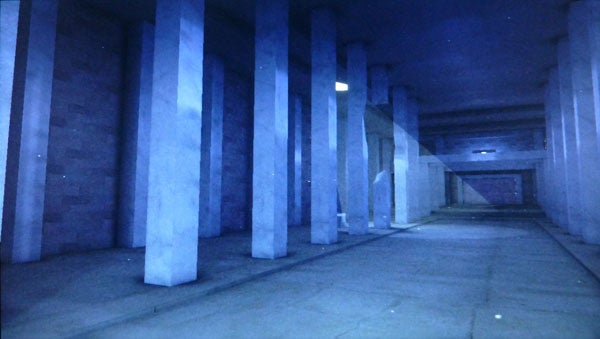 The levels and their art reflect the same minimalist aesthetic: the structures and buildings are massive and sometimes even somewhat intricate, but they’re all made up out of solid blocks without detailing in their individual shapes or textures.

Thankfully, this ‘simple’ look works rather nicely for Kairo. Seeing it at a distance you may think it looks a little like an old Win95 title, but two minutes in its world will let you appreciate the elegance of its design and subtlety of its colour transitions, especially as its soundtrack helps to draw you further in. Perrin said he was inspired by both ICO and Myst, and the influence of the former can definitely be felt. 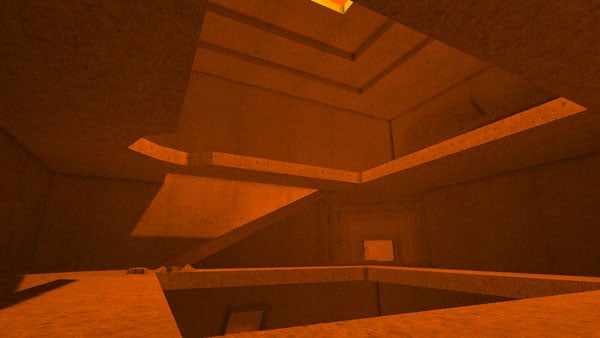 So what do you do in Kairo? You explore. Some levels are relatively linear, though you rarely feel constrained. Frequently, you’ll need to solve a ‘puzzle’ to progress past a certain point. Puzzles range from simple push ‘switches’ to more complex affairs involving blocks that move in sequence as you do, but never does solving these require more than the standard four-way movement controls.

Sometimes, puzzles or triggers appear to be there just for the fun of it, like a room full of switches which each activate a different musical note. You don’t need to even enter this room, but if you choose to it’s there, and you can try to play a tune using its switched floor. These kind of touches add a welcome element of whimsy. 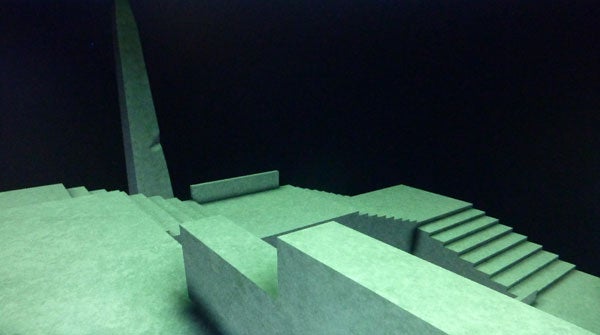 We didn’t get too much time with Kairo, but what we saw left us impressed. Kairo will be released on Steam if it gets Greenlighted, with Linux and iOS versions likely to come after. Oculus Rift support will also be built-in, and the game may come to Ouya later on.

Dream
In some ways, Dream could be seen as a much prettier but also far more demanding version of Kairo. Just like that title, it’s an atmospheric first-person puzzle and exploration game set in mostly abandoned landscapes, but that’s where the similarities end. 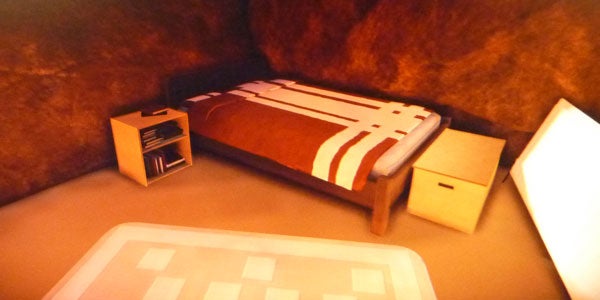 This game has a vast sandbox world and a massive, 1990’s RPG-like maze you can get lost in. There are horror elements, there is at least one monster, and there are inventory items as well as written material to collect. What you don’t seem to have is a weapon of any kind, so you need to rely on your wits to navigate and survive the world. And navigation isn’t just limited to four directions either; in Dream, you will need to crouch and jump. 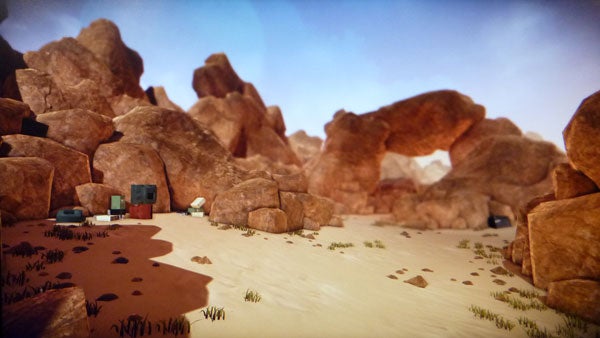 Built by a small team of students, Dream uses the Unreal 3 engine to provide rather stunning graphics. In fact, for what should still be considered an Indie title it’s quite frankly gorgeous. The desert-scape we played through maintained the titular dream-like feel very well, especially since it’s littered with incongruous objects from the protagonist’s ‘waking life’, which you explore through text commentary by the protagonist himself. For example, when walking past a pile of discarded computers, the main character remarks that they remind him of the tech lab at Uni. 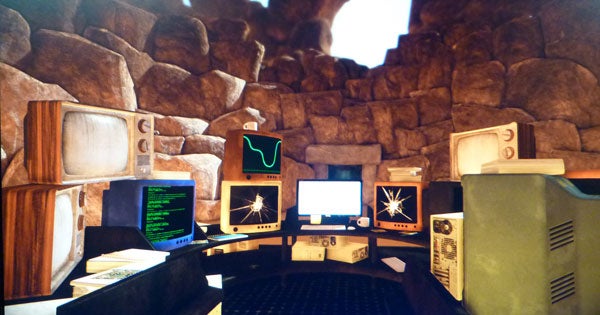 The entire game world consists of the ‘dream realm’ and your house in the real world. The latter is where you wake up if you ‘die’ while dreaming, but that looks like it will be a fairly rare occurrence. There are very few battles in Dream, and the ‘end-level bosses’ will apparently consist of eerie structures that are particularly challenging to navigate rather than monsters intent on pummelling the pixels out of you.

For fans of Dear Esther who want a little more action and interaction, Dream looks like just the ticket. Interestingly, with an Oculus Rift the inventory system merges into the game world, meaning Dream is actually more minimalist with the virtual reality headset.

Unfortunately we’ll have to wait till next year to see the finished world of Dream, at which stage it will be coming to PC and Mac through Steam.

Sokobond
As its title suggests, Sokobond owes a debt to classic block-pusher Sokoban – but instead of pushing blocks, in this neat little puzzler you push atoms around to form chemical bonds and turn them into molecules. Once an atom is bonded, it’s stuck that way and your ‘primary atom’ drags it along, adding a new level of challenge to this quirky Sokoban-alike. 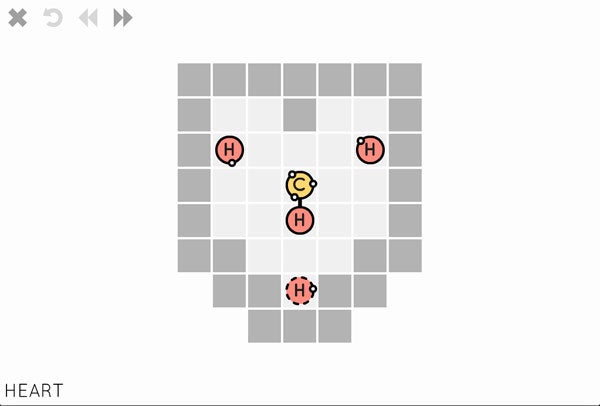 Not only can this make puzzles very challenging indeed, but it also teaches you a little chemistry, as it helps if you know the molecular structure of the atom-set you’re presented with. At the completion of each level, you’ll get a brief titbit about what H2O, for example, is actually good for, or maybe a little of its scientific history. 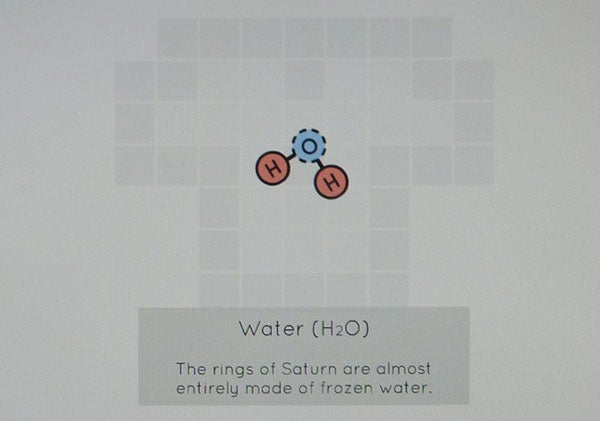 It’s quite rare to find a game that encourages you to learn a subject this… formal without pushing the requirement in your face or letting it in any way detract from the gameplay.

Sokobond is currently coming to PC only, though we’re pretty sure it would make a fantastic touch-enabled tablet or smartphone title for iOS, Android or Windows 8.