What is the Otone Blufiniti?

The Blufiniti is Otone’s entry level speaker, designed for portability and easy listening at a fair price point.

It’s lightweight and easy to lug about, but won’t impress serious audiophiles. For the £50 price tag, however, it’s great value and won’t disappoint those looking for budget audio kit. 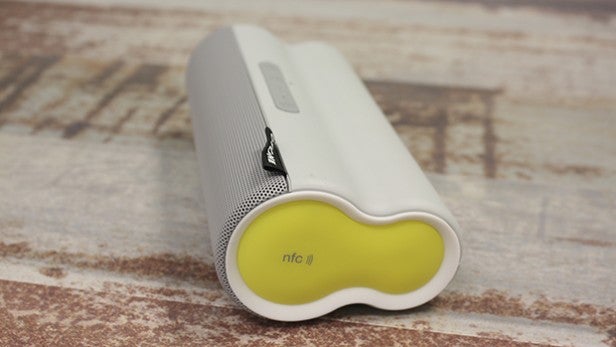 There’s a clear and concerted effort by Otone to make the Blufiniti as portable as possible. For starters, it’s teeny and lightweight.

At 168 x 92 x 55mm, you’re looking at a speaker about the size and weight of a 500ml bottle of Coke. It’s a bit thicker than some of the other Bluetooth speakers on the market – we found squeezing it into a back pocket uncomfortable – but we’d hardly call it cumbersome.

Its portability also benefits from a zip-up neoprene carry case, a carabiner for your belt or bag, grippy rubber feet and an end cap so you can stand it up or lay it down.

The Blufiniti comes in six colours – red, blue, green, yellow, white and black – although the central part of the chassis is grey across all variants. 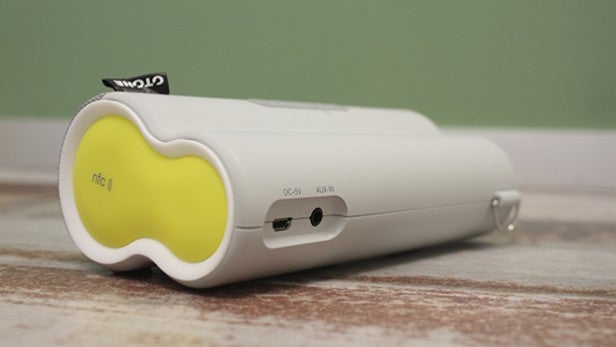 There’s a row of buttons along the top: one for power; one for activating Bluetooth; and then two more for controlling the volume. There’s an NFC pad built into the right-side of the device, which means you can tap NFC-friendly smartphones for quick pairing.

On the rear side of the Blufiniti is a microUSB port for charging; just like most phones, the cable is supplied. There’s also a 3.5mm AUX-IN port on the back, which means you can use the bundled cable to connect the speaker directly to your smartphone’s headphone jack.

The build quality is suitably sturdy for a portable speaker; there’s no rattling when you knock it, and the curved chassis should minimise scuffs and damage when dropped.

There’s no dedicated software to go along with the Blufiniti – although Otone hinted that an app could be in the works – but it does benefit from a built-in microphone for hands-free calling.

Otherwise, Otone has done brilliantly at this price and casual listeners won’t be disappointed by the range of features available.

SEE ALSO: Which Sports Headphones Should You Buy?

Powering the Blufiniti is a fairly standard lithium ion battery that’s good for around 8 to 10 hours of playback, which is par for the course with portable speakers.

We took the Blufiniti out for a day and found no issue with battery life; it didn’t run down with around five to six hours of intermittent usage. That’s plenty for a trip to the park, although you’d need to be careful bringing it out for multi-day camping trips without an external power source.

It also charged from zero to full in under two hours, which is what we expect from portable speakers. 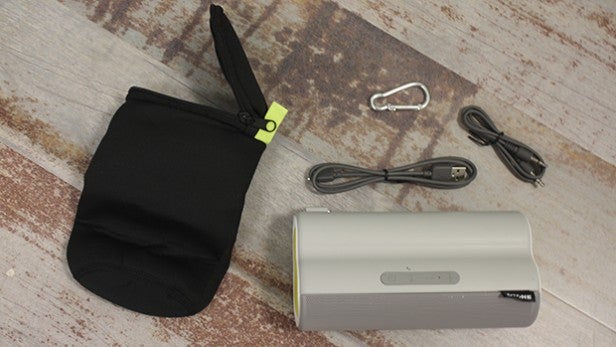 The big selling point of the Otone Blufiniti is its low price. That doesn’t mean you have to suffer a poor audio experience, though. The Blufiniti offers good sound quality, especially when you factor in its size

Two small 5-watt drivers measuring an inch-and-a-half across provide the sound. That’s quite normal for portable speakers like this one but, sadly, this means the Blufiniti really struggles with bass. The lack of either a passive radiator or sub means the speaker’s low-end is practically non-existent. That’s unfortunate, because this speaker is otherwise a likely contender for festival-goers’ favourite.

We’d rather the price have been jacked up by an extra £20 for some boosted bass (although this wish may be granted with the upcoming Blufiniti+). You’ll be fine blasting pop at a garden BBQ, but you might want to avoid offering to provide beats for a backyard rap battle.

Fortunately, the Blufiniti does handle both the mid-range and treble well, with minimal distortion even at maximum volume. There’s a noticeable lack of depth generally with the Blufiniti compared to heftier rivals like the Pure Voca or the Bose SoundLink Mini, but the musical fullness is still impressive for a speaker of its size and price.

Otone also made a point of throttling the maximum volume. That means you don’t need to worry about the speaker falling off your desk when you crank up the volume or significant audio distortion.

However it does also feel like the Blufiniti isn’t working to its full potential – the volume ceiling probably wasn’t worth the distortion damage control. You can fill a quiet room with the Blufiniti, but it will get shouted down in noisy environments.

You can’t currently combine more than one Blufiniti to create a better stereo effect, but Otone told us that it hopes to bring stereo pairing in the future. This would significantly enhance the Blufiniti’s ability to fill a space, but you would need to fork out for extra units. 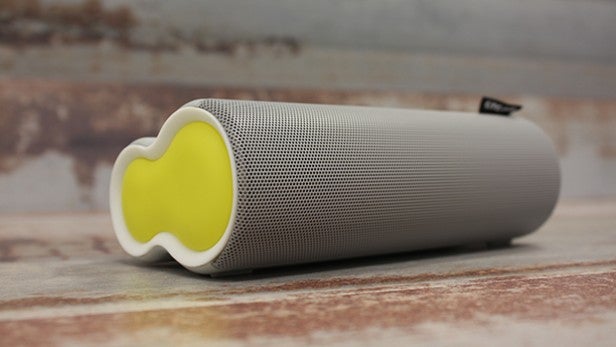 Should I buy the Otone Blufiniti?

While the Otone Blufiniti suffers from many of the same problems as its portable speaker rivals – underwhelming bass, fullness, and loudness – it’s better value than most. You’ll struggle to find anything that offers similarly impressive sound, design, and connectivity for £50.

But if you’re looking for serious audio quality, you need to spend more. Consider the Cambridge Audio Go v2 (£119) or the Sony SRS-X5 (£119), or read our best portable speakers round-up for more options.

SEE ALSO: Which DAB Radio Should You Buy?

The Otone Blufiniti is perfect for easy-going buyers on a budget, but there’s better sound to be had above £100.