This is where the integration between Macs and iOS moves to a different level. Continuity, the collective name for a number of features such as AirDrop and Handoff, elevate OS X Yosemite and iOS 8 from solid, useful updates to must have ones.

Handoff is likely to see more use. It lets you quickly pick up whatever you’re viewing on one device and switch to another. Most of the core apps, such as Safari, Mail, Maps and Pages, support it. On Yosemite it’s represented by an icon in the far left that pops up whenever a Handoff opportunity is available.

We’ve found the most useful application is simply opening web pages from other devices on a Mac — i.e. viewing a website on an iPhone and then opening the same page on a laptop — but it’s also useful when composing emails or working on documents. It’s also open to third-party developers to exploit, though none have yet.

There are a few requirements for Handoff beyond iOS 8 and Yosemite, such as being logged into the same iCloud account, having Bluetooth 4.0 on each device and them being in range, but the feature works flawlessly. These are the same requirements for other Continuity features, such as the ability to make and receive iPhone calls on your Mac, and the Air Drop file transfer system. 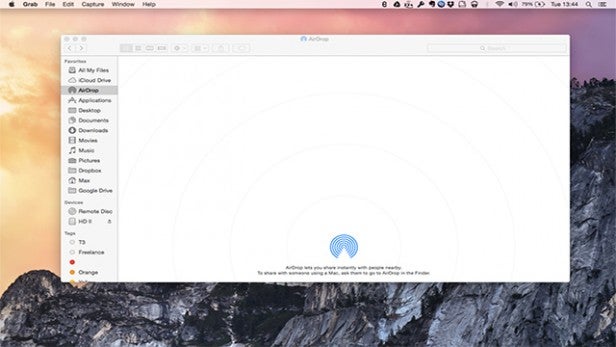 Air Drop is very useful, particularly now you can finally transfer files to and from Macs and iOS devices, but its the phone call integration that’s the real kicker here. It’s a brilliant feature — just minutes before I reached this section of the review I took a call on my Mac while my phone was upstairs charging and it worked flawlessly.

In our iOS 8 review we found audio quality and consistency of this feature was a little off, but in the final version of Yosemite there are no problems at all. Moreover, provided you don’t live in a mansion you can be reasonably assured that your phone will always be in range of your Mac, saving you a lot of unnecessary rushing about and missed calls.

Another aspect of the Continuity universe is the ability to send and receive SMS messages (not just iMessages) in the Messages app. Sadly this requires an iOS 8 update that’s still in beta (it’s due 20 October) so we haven’t been able to test it, but it’s the final piece in what are the most transformative features for any Apple devotee. They’re best argument yet to own an iPhone/iPad and a Mac together.

We haven’t included a section on setup and installation purely because it’s so simple. The update is available through the Mac App Store — it’s a little over 5GB — and took around 30 to 40 minutes to install on a 2013 Macbook Air. It’s good practice to back things up before you update, but we’ve had no problems in two separate updates.

Finally, a short word on performance: it’s fine. We’ve been using Yosemite on a full-time work laptop (a 2014 15-inch MacBook Pro) since the very first beta with no serious problems. Those we did have were compatibility issues that have since been cleared up. If you’re running Mavericks you’ll have no problems. Owners of older Macs who aren’t running Mavericks already may want to wait for more user feedback, though. 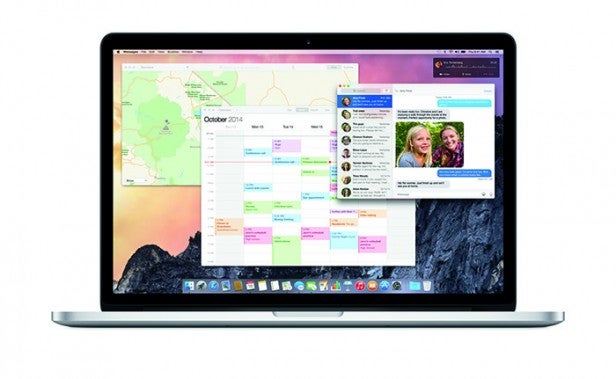 The nature of annual system updates like this is that the differences are inherently incremental. This is good in one respect, as it avoids jarring, revolutionary changes that put off users (see: Windows 8), but it also eliminates the sense of surprise and ‘new-ness’.

OS X Yosemite, however, feels like the most ‘new’ Mac update since Apple switched to the annual, free update model. The new look and feel plays a large part in this, but it’s the Continuity features and the tight, effective integration with iOS that really sells it.

The bottom line is neither Microsoft nor Google currently offers a mobile and desktop experience as coherent as this. That could all change with Windows 9 and future Android and Chromebook updates, but right now Apple leads the way.