Orii is a smart ring that places voice control at your fingertips. It will let you activate your smart assistant and even take a call from your finger. It’s only a shame that it couldn't take the form of something a little more discreet

The Orii smart ring wants to encourage you to spend less time staring at your phone screen.

It aims to achieve this by letting you summon and interact with your smart assistant, make and take calls, and use simple gestures to control your phone and smart home tech from your finger.

It lands before Amazon’s Echo Loop smart ring, which promises to put the Alexa assistant into a piece of smart jewellery, offering many of the same features as the Orii. 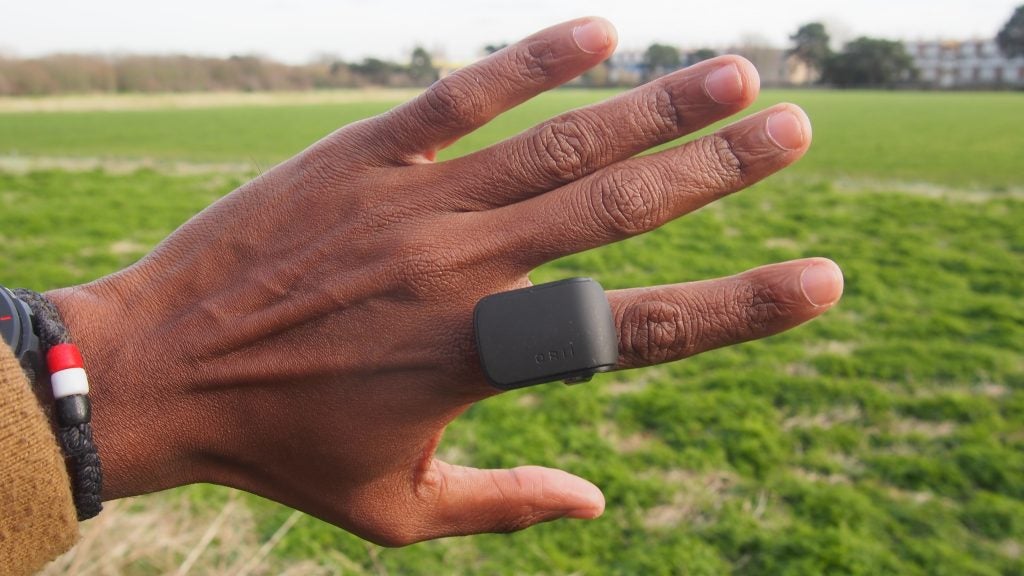 Discreet isn’t a word you’d use to describe the Orii smart ring. In fact, it probably has more in common with a piece of costume jewellery in its by way of the attention it’s likely to garner than some of the more minimalist smart rings we’ve seen from fellow startups such as Oura and Motiv.

This rectangular-shaped ring dominates on your finger. It’s big – for us, it proved so big that it put us off wearing it too much in public. There’s no way you’ll miss it, not while tapping away on a laptop, or holding your phone; and, annoyingly, it would often get caught when pulling our hand out of a jeans pocket.

Available in space grey, black (which we had in for review), red and silver, it features two identical physical buttons flanking the main part of the ring. Despite its hulking size, the Orii is surprisingly lightweight to wear. It appears well made, although we started to see issues after a few days. 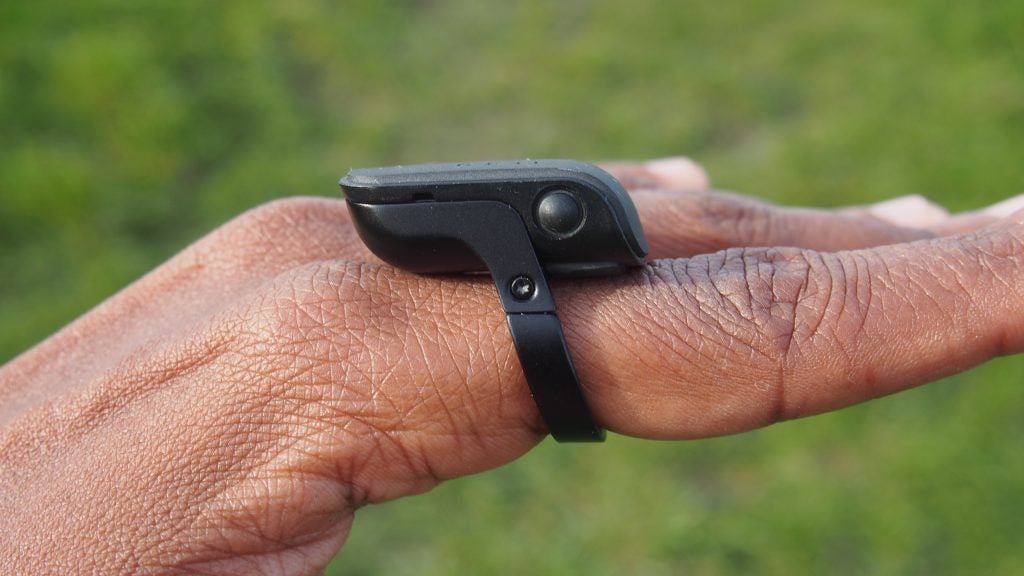 First, we noticed that the aluminium surface on top of the ring was susceptible to picking up scratches fairly easily, as you can probably see from our pictures.

Like other smart rings, ensuring the correct fit is essential. The likes of Motiv and Oura tackle this by initially sending out a sizing kit that you return before you can get your hands on their rings. Origami Labs – the makers of Orii – do things differently, bundling different sized rings that are held in place with two small screws.

To try out the different rings, a small screwdriver is included to loosen the screws. However, due to the small nature of those screws, it’s quite a fiddly process. Thankfully, after trying out a few sizes we did find something suitable that comfortably hugged our index finger.

If you were hoping to jump in the shower or go for a swim with the Orii in place, then note that it isn’t built for taking a dip. The IPX7 water-resistance covers you for washing your hands, but not for a spell in the pool. 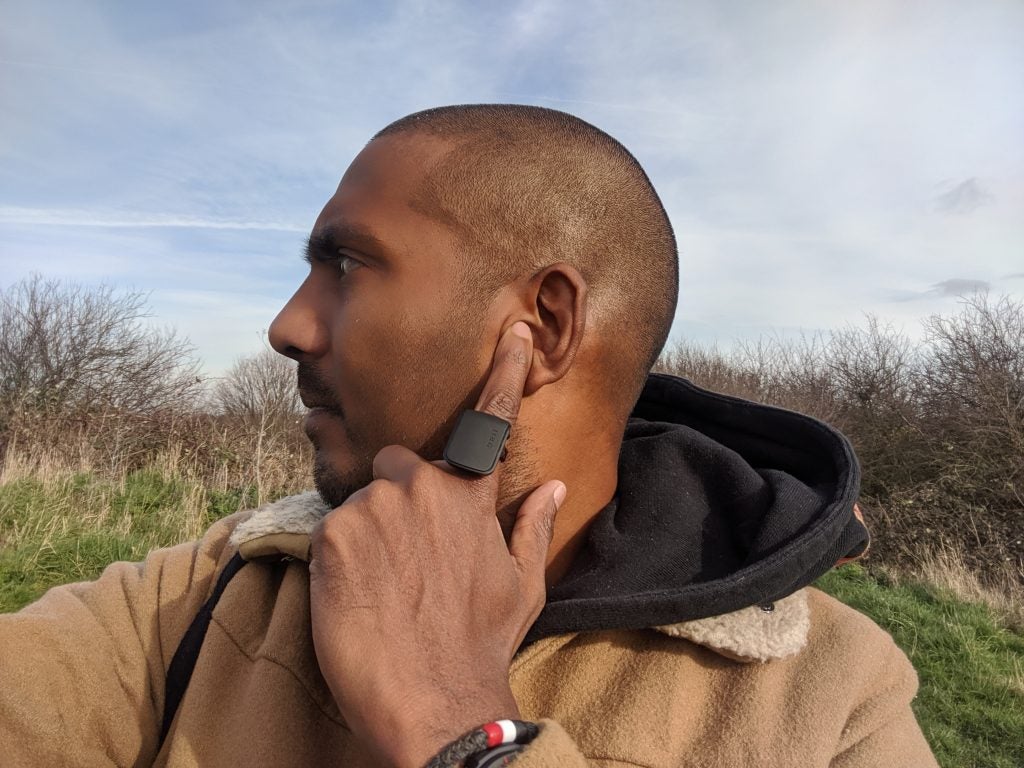 So what can this ring actually do? Well, surprisingly, a fair bit. The aim of the game is for the Orii to reduce the amount of time you spend with your smartphone, much like smartwatches. Except, there’s no screen to view here. Instead, a mix of voice and gesture controls provide access to some of the features for which you’d usually reach for your phone.

At the heart of Orii is bone conduction tech, similar to what you’ll find in headphones made from brands such as AfterShokz. It’s essentially a method of converting electrical signals into vibrations that can travel through bone and directly into the inner ear. The chief benefits are that audio is clear, while resulting in minimal leakage for those around you.

On the Orii, that bone conduction happens when you raise your index finger with the ring in place close to your ear canal to hear the sound. There’s a sound test to perform in the companion app to find the sweet spot, and you can tinker with volume depending on your environment. To improve clarity, you can also rotate your finger towards your mouth.

And the Orii delivers on that promise of clear audio. It’s pretty impressive to see the ring in action. In loud, busy environments, you’ll definitely have to crank up the volume, but in most scenarios, with your finger in place, it works well.

That bone conduction along with the built-in dual noise-cancelling microphone unlocks the ability to do a few things. The first is to talk and interact with your smart assistant. Whether it’s Google Assistant or Siri, Orii plays nice with the main options. A single press of one of the buttons on the ring launches your smart assistant and you can use it just as you would on your phone.

Compared to the same interaction on a smartwatch, it definitely worked more reliably on the Orii. However, trying to press that physical button with another one of your fingers (as the tutorial explains) is awkward. We ended up using our other hand to launch the feature.

It’s also possible to listen to any messages through the Orii – although, as we found, it does relay many unnecessary details such as the contact’s entire number, and also mispronounces the odd word.

If you’re happy to make or take a call with your finger near your ear, then you can do that too. As we said, audio clarity is strong, even for phone calls. You just have to be comfortable with the idea of making phone calls in this way. S we’ve mentioned, it wasn’t something that we felt comfortable doing.

Away from voice, you can also receive alerts to someone trying to contact you more subtly, via LED lights that illuminate in different colours; they can be assigned to different apps or contacts. This isn’t a groundbreaking feature in the realms of wearables, but it does at least work as advertised. 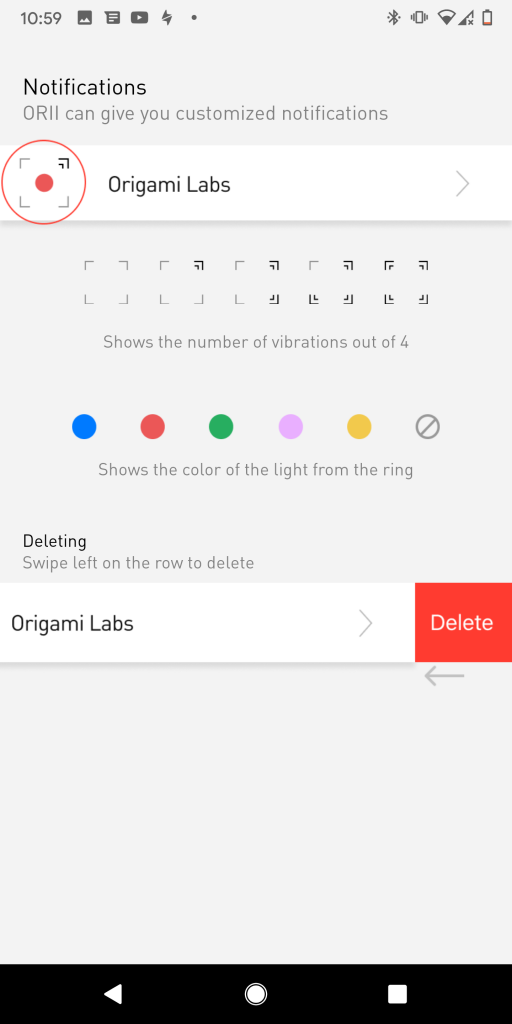 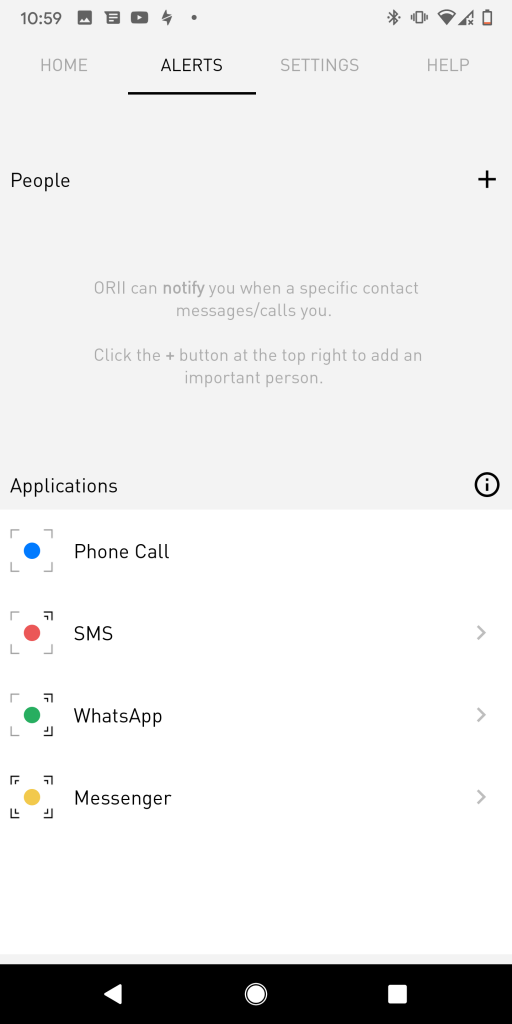 Last up is gestures, offering different tap formations to activate features. Tapping twice on your wrist and raising your finger to your ear leads to your messages being read out. If you tap twice on the side of your face or with a finger on another finger, you can launch your smart assistant. 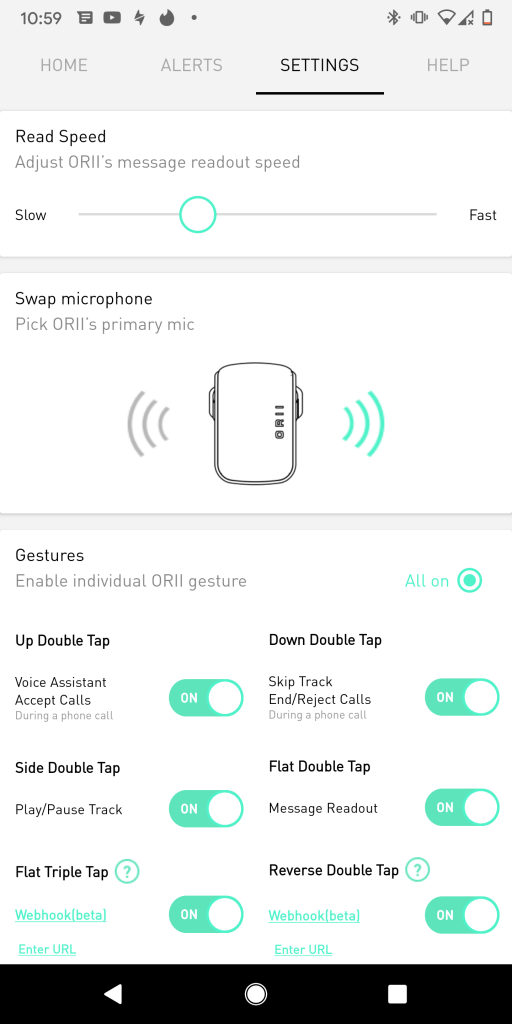 There are also gestures for music playback control and the ability to create custom commands. From the companion app, you choose the gestures you want in play and adjust gesture strength sensitivity to refine how those interactions work. Gestures on the whole work reliably, but there was the odd occasion when the Orii failed to skip a track using Spotify.

Orii Smart Ring battery life – Will get you through a day

The Orii is essentially built for a day’s use. A 50mAh capacity battery will provide one hour of continuous listening and 45 hours of standby time. An hour doesn’t sound like a lot, but Origami Labs believes that an hour equates to the types of interactions you’ll make over the course of a day. You certainly won’t be listening to your music through the Orii (although you can do that).

We found our main interactions with the Orii were notification alerts, launching the smart assistant and listening to messages – which didn’t leave us short on battery. While we’d definitely prefer the promise of more battery life, the hour seems good enough for now.

When the Orii remained connected to our phone day and night, it often needed charging again. To do that, there’s a proprietary charging cradle that magnetically holds the ring in place. It takes about an hour to get back from 0-100%, which is pretty much in line with other smart rings out there.

Should you buy the Orii Smart Ring?

Until the Amazon Echo Loop arrives, this is the only ring that puts the power of voice at your fingers. Overall, it does this well, but there’s certainly room for improvement –particularly on the design front. This ring is simply too big to make it something you’d want to use day-to-day.

If you really don’t like the idea of wearing a smartwatch and can handle the size of the Orii, then you might find it a useful companion. Origami Labs may well be onto something as far as putting these features into this form factor; it just needs to get a lot smaller. Hopefully, Amazon will fare better – but we fear it might be a while before this tech will arrive in a size of ring that you’d be happy to wear.

Nevertheless, the Orii smart ring shows what is possible. What it fails to do is put that impressive tech inside of a ring design that you wouldn’t be ashamed to wear in public.