Available on Xbox One (reviewed), PC
Ori and the Blind Forest is brilliant, beautiful and strangely bewildering. Don’t let your eyes deceive you: it really isn’t what it seems. Its luminous, hand drawn-style of 2D art pitches it as a platform adventure in the Rayman Legends vein, yet it’s actually closer to an old-school Metroidvania. It looks like it should be a nice, cheerful family-friendly game, but beneath the cartoon surface it’s as hardcore as Super Meat Boy or N+. We love Ori and the Blind Forest lots. We also hate it just a little.

Moon Studio’s debut game begins as a stream of interactive cut-scenes with a distinctly Studio Ghibli vibe, following the arrival of the titular glowing sprite in the forest, the destruction of a magical tree and Ori’s adoption by a gentle bear-like creature. All is good for a while, until the forest and its fruits wither and die, followed shortly by Ori’s foster mum, leaving Ori and his spirit guide, Sein, to go out into the forest and do battle with a hostile world. 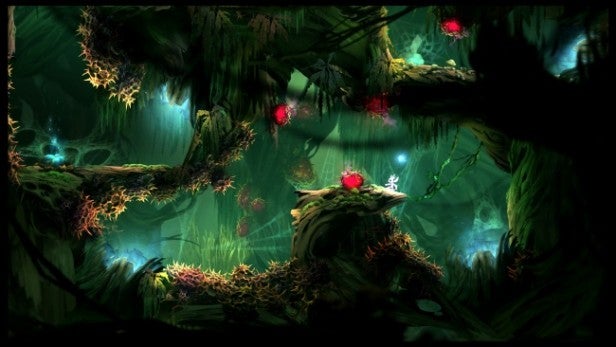 Here’s where things start to get tricky. Ori looks and plays like a 2D platformer, with a suitably acrobatic hero and no shortage of platforms, spikes, deadly brambles and pouncing, shooting enemies. However, there are no discrete levels to be found, just one enormous scrolling map, while the wider game is classic Castlevania with a dash of Metroid and a pinch of Zelda.

Ori the sprite starts off weak, barely able to jump, but by discovering the remains of older sprites he develops new powers, learning how to blast foes with sparks or unleash an explosion of energy, stomp, double-jump, bash and a host of other moves. These powers enable you to reach new areas, or uncover new sections of areas you’ve previously explored.  What’s more, the changes you wreak on the landscape also affect where you can go, so that waters purified by the cleansing of a sacred tree can be swum in safely, opening up new tunnels and chambers. 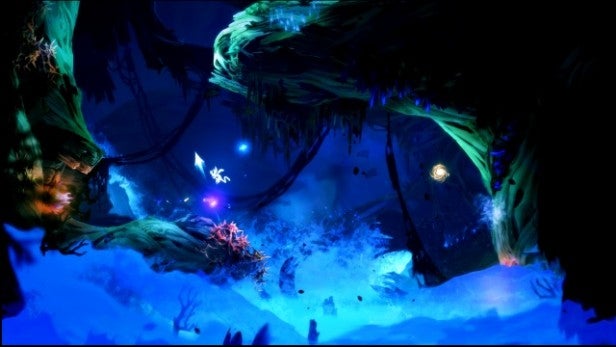 The visuals are consistently astonishing, not just in the superb character design and animation, but in the masterful use of light and colour and the indulgent layering of foreground and background detail. Sorry Trine 2 and Rayman: Legends, but Ori takes the throne as the world’s most beautiful 2D platform/adventure game. The sound comes close to matching, too, with emotive orchestral themes and fantastic character effects.

Yet what impresses more and more as you delve into Ori isn’t the presentation, or even the surprisingly affecting story: it’s the invention and ingenuity in the gameplay. Just as in a Zelda or Metroid, new powers aren’t simply something to be used in action, but something to be harnessed in puzzles, as you find new ways to traverse complex landscapes, or use blocks to hold off death-rays or channel enemy fire at obstructions. 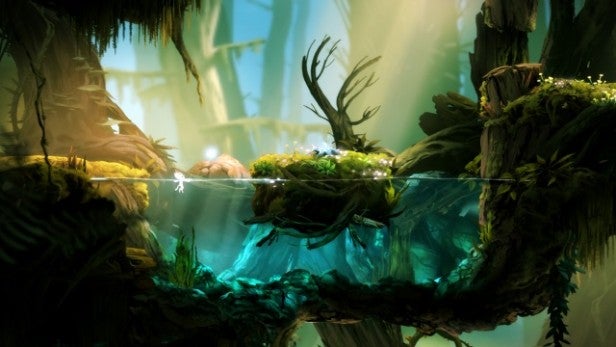 At times, Ori riffs on Portal, with gates that send you instantly from one part of the screen to another, with momentum intact. At other times, its language is pure hardcore platformer, as you chain together challenging sequences of wall-jumps, wall-slides and double jumps with utmost precision. Some of the best moments use Ori’s bash ability, which is actually less a combat move and more a means of speeding from point to point, using enemies or incoming bullets as the fulcrum of a launcher.

Unfortunately, it’s not all good news. The occasional drop in frame rate is a small price to pay for Ori’s splendour, but the game’s biggest problem is a painfully misjudged difficulty level. Now, one man or woman’s impossible is another’s challenging, but after a few hours of Ori we were thinking “enough with the spikes, enough with the sudden-death pouncing creatures, enough with the deathtraps.” It’s a long time since we’ve played a mainstream platformer that was so unforgiving. 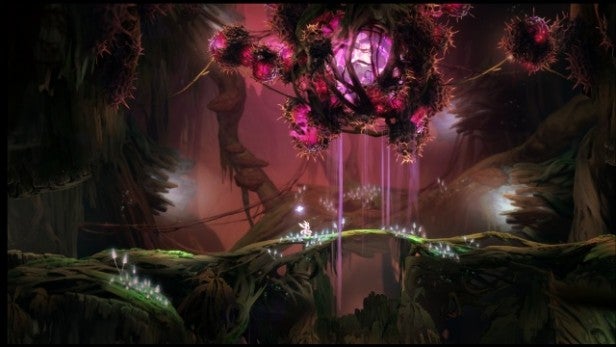 The trick to getting past this is to make full use of Ori’s save system, where you can save wherever you like provided you have energy orbs to do so. As the developers have been pretty generous with these, there are usually enough to save after every high-stress section that you wouldn’t want to repeat ever again, so long as you live (there are a lot of these in Ori).

Unfortunately, this system doesn’t cover some key sequences where you’re asked to escape specific areas while in the jaws of certain doom. These are lengthy, exhausting sequences that demand pinpoint accuracy and expert timing, where one wrong move is enough to put you out of action, yet Moon Studios has deemed it sensible to put them in without a single place where you can save or any checkpoints. That means repeating the whole she-bang over and over again until you get it right, which isn’t so much a bit frustrating as face-palming, controller-throwing, stomp out of the room while cursing the developers infuriating. There are moments in Ori where we simply wanted to stop playing and find a less stressful, more rewarding line of work, perhaps as an inner city driving instructor, a shark tank cleaner or a knife thrower’s assistant. 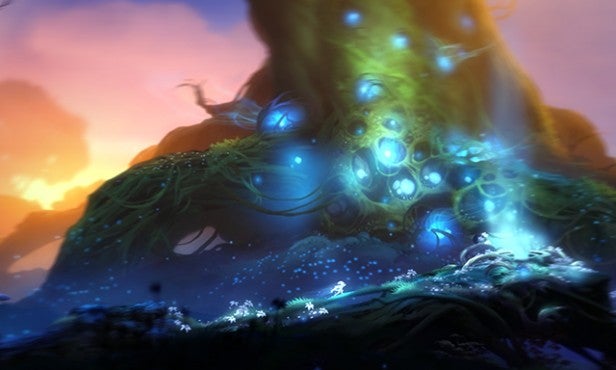 That’s a shame, because when it’s not doing its best to test your will to live, Ori is one of the most exciting and absorbing games on Xbox One. It’s also a shame because while Ori is the sort of game that we’d like to recommend to just about everyone we know, we’re not sure that everyone would be willing to put the time and effort in to see it through. For some of you, that won’t be a problem, and you’ll even see the game’s hostility to casual gamers as a strength. All the same, when you see a game this stunning and want to share it with the widest possible audience, Ori’s difficulty curve is frustrating in more than one sense.

Verdict
Ori and the Blind Forest is a beautiful, inventive take on the classic Metroidvania game style, with gorgeous hand-painted graphics and some great game mechanics. Yet while it’s a wonderful game, it’s marred by a misjudged difficulty level, with spikes that threaten to send your blood pressure through the roof. It’s still very much worth buying, but prepare for some trying moments along the way.