Order & Chaos is the first big-name 3D MMO game for Android handsets. It draws a lot of influence from World of Warcraft, and although its scope is somewhat less ambitious there’s still a lot of depth to this title. The graphics are surprisingly crisp and detailed and there are some stunning visual effects throughout. The combat system is also first rate, although the limit of only being able to use three attacks at a time does feel a bit odd at first. 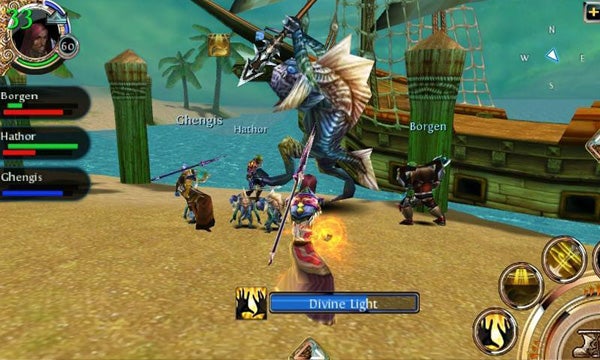 The price is on the steep side, but it includes a three month subscription to the online game servers, and after that you have to shell out 59p per month to keep playing. However, the game is substantially better than the other MMO offerings available on Android at the moment.