Traditional stereo speakers setups have one shortcoming above all others: to hear the left and right channels in the correct balance you have to sit in a rather particular position, or sweet spot. Stray too far left or right and the spatiality is lost. Not so with the Orbitsound T12 v2 Soundbar; using a nifty technology it dubs ‘spatial stereo’ the Orbitsound T12 v2 radiates stereo sound the full stereo effect of which is experienced no matter where you place yourself in relation to it. 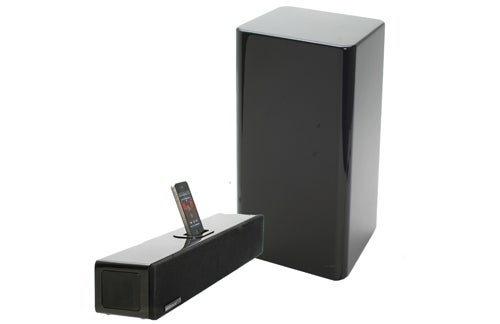 The Orbitsound T12 v2 soundbar uses a technology called airSOUND, developed by a rather brilliant chap called Ted Fletcher. In very simple terms it works as such: a single loudspeaker produces the ‘main’ sound of the system, while a pair of speakers (in the same enclosure) directs the ‘spatial’ sound out to the left and right. You can think of it as the ‘main’ signal being the sum of the left and right channels, while the ‘spatial’ signal is the difference. When the two converge at the listener, you get the same stereo effect as you would sitting in a ‘normal’ stereo system’s sweet spot. 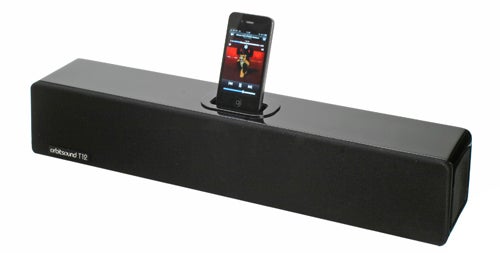 Because the signal for both channels is emanating from the same point – the T12 v2 soundbar in this case – the signal path for both the ‘main’ and ‘spatial’ outputs is the same even if you move about. This is unlike two-speaker set-ups where moving towards one speaker will bias the audio balance in that direction, distorting the stereo balance.


Technical tomfoolery aside, what’s important is that the system works. The Orbitsound T12 v2 really does produce a stereo output that remains stereo whether you position yourself directing in front of the system or off in a corner of a room – it’s almost eerie. 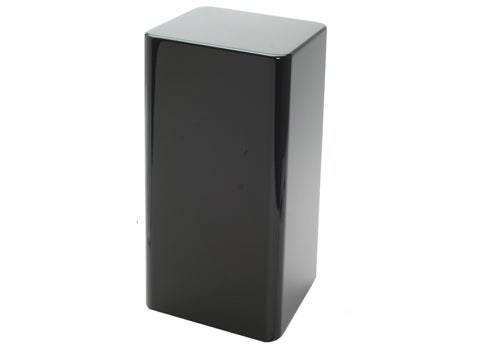 Moreover, aside from the benefit of being able to pick out the ‘stereo’ of the T12 v2 easily, there’s spatiality to the output that you really don’t expect from what is, after all, a relatively compact system. We’d argue that the feeling of ‘space’ this soundbar creates is better than many ‘virtual 5.1-channel surround’ alternatives. That shouldn’t be surprising, really – the Orbitsound T12 v2 isn’t using tricks to make you think you’re listening to surround sound; it’s delivering actual stereo.

The rear of the soundbar is home to its connections and controls. There are both a coaxial and an optical digital input, alongside both phono line-level and 3.5mm aux stereo inputs and the system’s subwoofer connects via nasty spring-clips. The presence of video-out is puzzling until you notice that there’s an iPod dock up-top. This works with the entire current raft of iPod touches, iPod nanos, iPod classics, and iPhones – including the iPhone 4. Usefully, the bundled remote will control any docked device.

The Orbitsound T12 v2 has a switch varying the spatial setting between ‘Off’, ‘Normal’ and ‘Wide.’ While the latter option does indeed increase the stereo width, and the foremost removes it, we’re not fans of either. The ‘Wide’ setting sounds artificial and forced and the ‘Off’ setting sounds flat and lifeless. Besides, removing the spatial stereo from the T12 v2 rather misses the point.


While trailing a piece of wire between the soundbar itself and the subwoofer isn’t too much of a concern, we can’t help but think that this system is just crying out for a wireless connection between the two parts. Bearing in mind that the low frequencies supplied by the sub are about as direction-independent as the stereo from the soundbar, there’s really no need to restrict the placement of either. 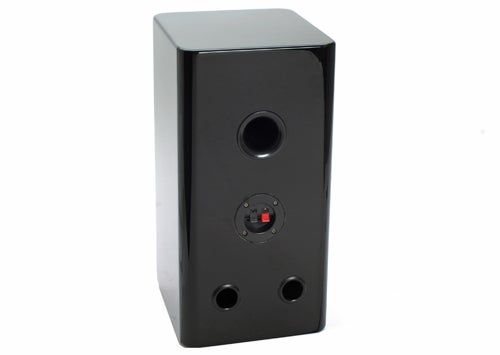 The Orbitsound T12 v2 is equally at home playing music, or used in conjunction with a TV. Unsurprisingly the soundbar did a much better job of audio reproduction than the built-in speakers of the Panasonic TV we tested against. The Orbitsound T12 v2 sounded clearer and had superior bass response, thanks to the subwoofer. A separate volume control for the sub would have been welcome, though, as it can sound a bit boomy at times.

The sense of space the soundbar creates gives a good level of immersion when watching films. It’s not as encompassing as a quality 5.1-channel surround sound setup, but it’s not trying to be. It is we think, a more immersive and enjoyable effect than virtual surround sound. And arguably, it’s less distracting and fatiguing to listen to sound coming from the direction you’re looking, which lets you concentrate more on the picture.


It’s with music that the Orbitsound T12 v2 really excels, though. With an iPod plugged into the system’s dock – or any other source connected for that matter – the special stereo tech really shows its prowess. Again, that the subwoofer isn’t always entirely cohesive is an occasional problem, but the high- and mid-range performance of the soundbar is sunblime. 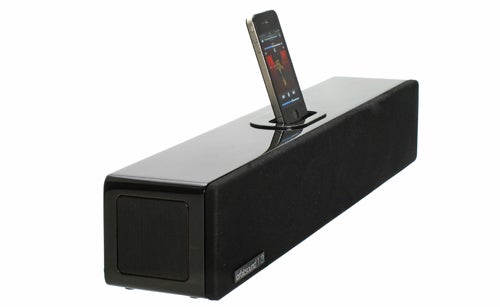 The Orbitsound T12 v2 does a great job of resolving detail in tracks played through it. Vocals in particular come across well-defined, standing out from the rest of the mix, but without sounding detached. There’s a great sense of placement in the instrumentation, too. You can really get a sense of where in the mix that guitar, or those drums, or these violins were placed during production.


You’ll get the same effect when sitting in the sweet spot of any stereo speaker set-up of course, or when wearing a high-end pair of headphones, but the beauty of the Orbitsound T12 v2 is that its spatial stereo tech works irrespective of where you are in relation to the system. 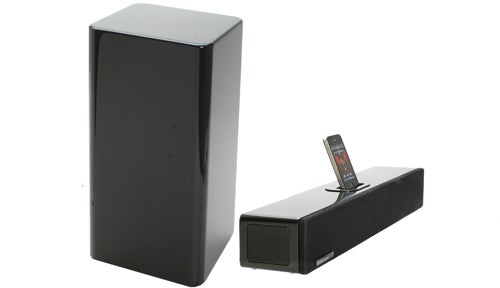 Letting the side down is the remote control. While the buttons are logically laid out, they’re installed in cheap and nasty plastic that feels horrible in the hand. And while it does its job, there’s no denying that for a lot of potential buyers, the subwoofer will prove inconveniently large. If Orbitsound can produce an all-in-one system similar in size to just the soundbar part of this unit, it’ll really be onto a winner.


The Orbitsound T12 v2 soundbar produces an almost eerily immersive stereo output that’s truly a pleasure to listen to. While we have a few niggling criticisms, they’re not with the system’s performance.