What is the Orbitsound ONE P70?

Single-box soundbars are seemingly back in fashion, with recent models from Samsung, Bose and Q Acoustics successfully beefing up TV sound without the need for an external subwoofer. Orbitsound has added another sub-free soundbar to the list with the aptly-titled ONE (or P70), which strips away the paraphernalia to provide a simple, clutter-free audio solution.

Orbitsound’s first generation one-box soundbar is equipped with airSOUND technology, lending width and space to the sound while eliminating the need to listen from a ‘sweet spot’ to get the optimum sound quality. 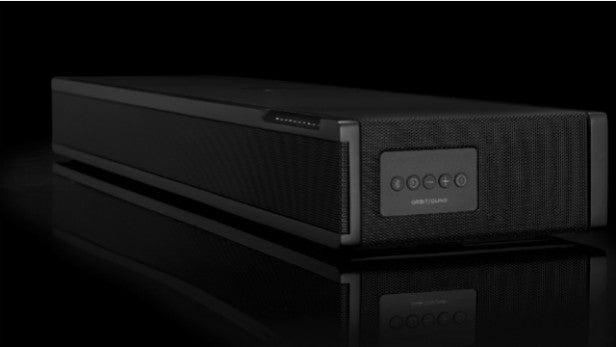 Orbitsound ONE P70 – Design and Connections

Orbitsound tends to builds its soundbars to a high standard and the P70 is no exception, although it lacks the glossy glamour of previous models – not a huge surprise given the lower price tag.

The robust enclosure is fashioned from an ‘engineered’ wooden frame covered in steel grilles and painted matt panels. It’s stylish but not showy, keeping your attention on the screen, not the soundbar. This all-black version will be joined later in the year by white and light wood models. 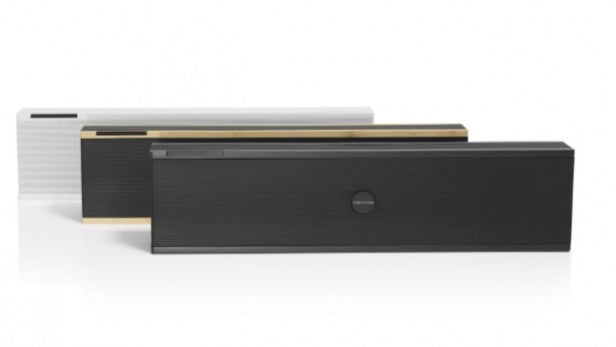 The P70’s discreet design is further enhanced by a clutter-free front panel, eschewing a text-based display in favour of a slanted LED panel in the top right-hand corner. A row of lights indicates the volume, bass and treble levels, plus one of the lights glows red, green or blue to denote the selected input.

It’s easy to understand but the size and angle makes it tricky to read from the sofa. The controls are located on the side, covering Bluetooth pairing, input, volume and power. 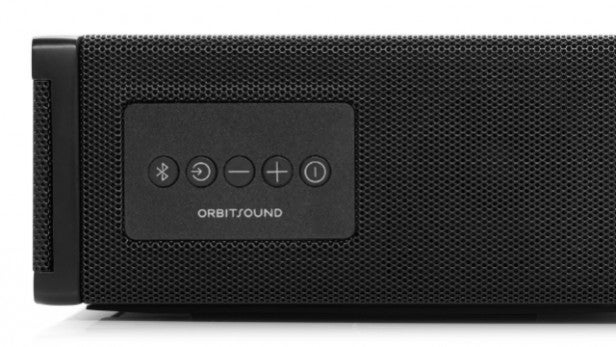 The P70’s 75mm-high cabinet didn’t block my TV’s remote sensor when laid flat. The unit can be installed vertically or horizontally, but in both cases it requires plenty of space. The LED display panel can be flipped to suit its orientation, as can the Orbitsound logo – just dig it out with a credit card and turn it 180 degrees.

Keeping with Orbitsound’s simplicity-first ethos, there are just two physical inputs – optical digital and 3.5mm analogue – plus Bluetooth for your mobile music devices. Orbitsound doesn’t believe HDMI ports are necessary, which means you have to connect all your sources (Blu-ray, Nintendo Switch, Sky Q) to your TV, which passes audio to the soundbar. This single-cable approach keeps things nice and tidy.

The sockets are placed in a small recess on the bottom – the rubber pads create enough of a gap for the cables to poke out when laid flat or placed against the wall. 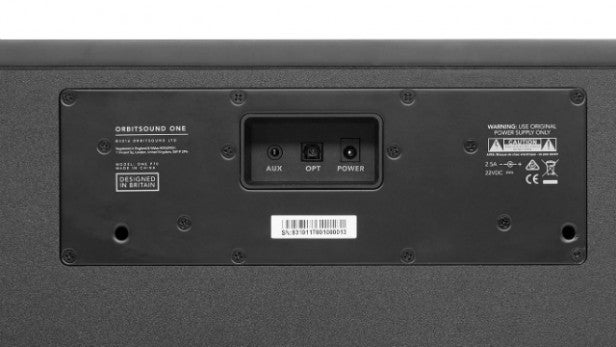 The P70 uses four custom 2-inch drivers – two main drivers (one on top, one on the front) and two airSOUND drivers on the sides. They’re backed by a 5.25-inch subwoofer, housed in a ported tuned reflex enclosure.

This interaction between the front and side channels allows you to hear balanced stereo sound from any listening location, eliminating the dead spots that can occur with traditional stereo systems. You get a wide soundstage, where the whole room is the sweet spot. It’s clever stuff.

Other features include bass and treble adjustments and a low-power ‘doze’ mode that shuts down redundant features if no signal is detected for five minutes, then wakes up when audio is played. An optical boost mode provides a 7.5dB gain on the optical input for instances when the signal is too quiet, which can occur with some TVs. 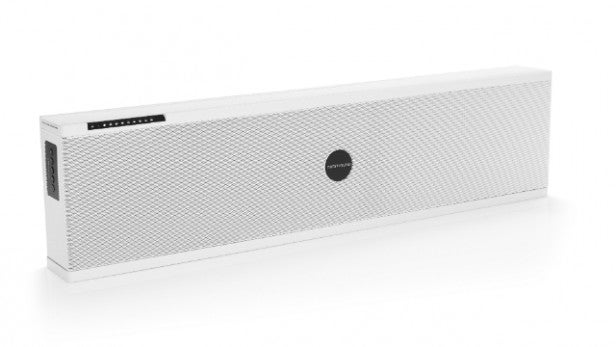 Orbitsound ONE P70 – Setup and Operation

As you’d expect for a soundbar with no Wi-Fi or HDMI ports, setup is ridiculously quick and easy. Connect the external power pack and run an optical cable between TV and soundbar. Job done.

Thanks to its unique driver configuration and airSOUND technology, you can lay the unit flat or stand it vertically with no change in performance. When mounted low on a wall or shelf, Orbitsound recommends placing the unit vertically with the drivers pointing upwards (or downwards if mounted high on the wall). But when placed on a flat surface in front of a TV, you should lie it flat for the best sound coverage.

However that might be easier said than done. Its 172mm depth is closer to a soundbase than a bar and proved tricky to accommodate in front of my TV – I had to push the set to the very back of the stand.

Of course, it all depends on your stand’s surface area, but if space is tight you might be better off shelf or wall mounting – there are keyhole fixings and screws in the box for wall-hanging, alongside 200mm-spaced VESA mount bosses and hex-head bolts. 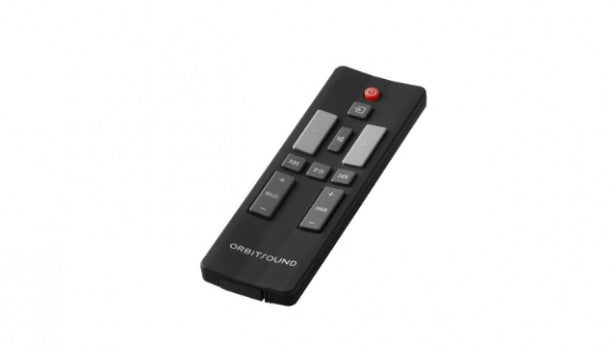 Thankfully Orbitsound side-steps the dreaded ‘blister button’ remote that accompanies most soundbars. The P70’s zapper is attractive and easy to use, with a pleasant rubberised texture and chunky, well-labelled buttons.

There aren’t many buttons to worry about but they’re logically arranged. Play and track skip keys for Bluetooth playback are sandwiched between the dedicated bass, treble and main volume controls, while the remote’s concave shape guides your thumb to the right area – helpful with the lights off.

The only downside is that certain features, like optical boost or flipping the display, have to be accessed by pressing different button combinations that you probably won’t remember – keep the manual handy.

If you don’t want to keep switching remotes, the P70 can learn commands from your existing TV remote, which is a quick and easy process.

Like many of Orbitsound’s previous soundbars, the P70 delivers an impressive performance. The central positioning of the main drivers produces a clear and focused sound that makes speech, music and movie effects easy to hear. It’s crisp and dynamic, ramping up the excitement of the soundtrack without losing its cool when you crank up the volume.

Meanwhile, airSOUND technology lives up to its promise with a wide, enveloping soundstage that belies the compact enclosure. It really works – the stereo image remains intact and high-frequency detail loses none of its clarity as you change listening position.

What airSOUND doesn’t do, however, is replicate surround sound – rear effects don’t magically appear behind you or above you. But that’s not its aim. It’s designed to produce a wide stereo image that maintains its quality no matter where you sit, and on that score it succeeds. 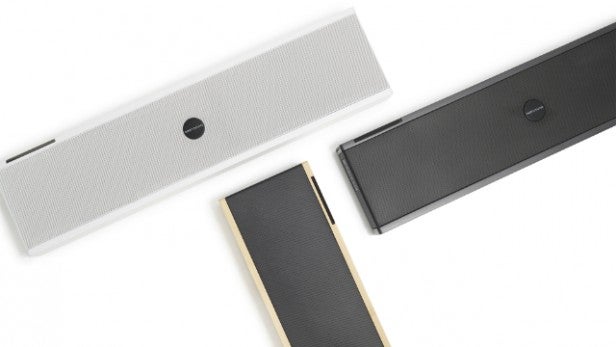 Play Captain America: Civil War and the opening scene in Lagos is conveyed with plenty of energy – the rubbish truck slams into the laboratory entrance with a powerful crash, while bullets ping crisply against Cap’s shield.

Explosions and gunshots are forceful yet detailed; you can hear the faint metallic ping of the gun mechanism, and the cocktail of debris and tinkling glass is clear and precise when Rumlow blows up. It has no trouble picking out other subtle high-frequency elements like the score’s ticking percussion and footsteps rustling on the ground.

Dialogue has terrific clarity and presence. The tight fusion of the mid/high drivers and sub gives William Hurt’s voice real gravitas as he briefs the Avengers, but doesn’t impede the tiny vocal nuances that make it sound realistic.

There’s ample bite here, but it’s smoothed off just enough to keep brashness at bay. That pays dividends when you push it towards maximum volume.

There’s a decent amount of weight to the sound too. As Black Widow battles Rumlow’s goons, her punches and kicks are backed by quick pops of bass from the internal sub, which adds impact. Switch to sci-fi thinker Arrival and the rumble of helicopters and the aliens’ foghorn-like grunts are big and beefy without sounding bloated. 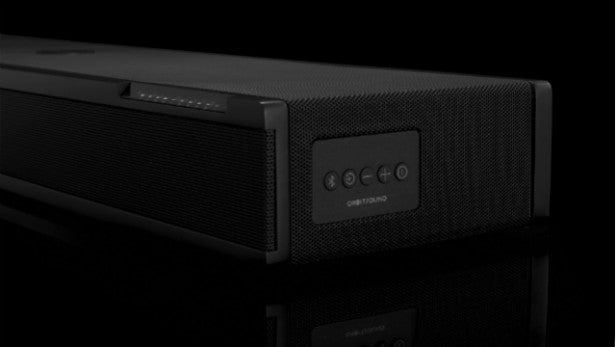 That said, don’t expect the P70 to make your walls shake. Bass output is impressive for its size, but the built-in sub won’t muster the seismic shudder of the Samsung HW-MS650 or the Q Acoustics M3. Home cinema fans looking for more slam and scale should investigate one of these alternatives – maybe even a sub/soundbar combo – but for most people the P70 will offer more than enough muscle.

It’s also a terrific music player. We’ve criticised airSOUND in the past for its unfocused music reproduction, where certain aspects of the music are unduly exaggerated. But here its effect is more enjoyable – the sound is direct, cohesive and peppered with airy detail that maintains its clarity as you move around. The midrange is full-bodied and merges seamlessly with the sub’s clean, agile bass notes. 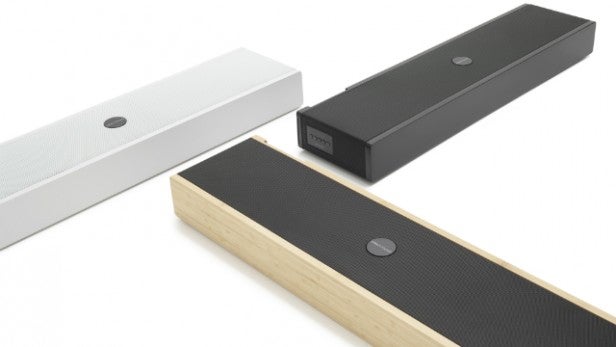 Should I buy the Orbitsound ONE P70?

With its clear, weighty sound and clutter-free design, the P70 is quite possibly Orbitsound’s best soundbar yet. The built-in sub’s punchy, cohesive bass is great for movies, while airSOUND technology does a superb job of expanding the soundstage and ensuring consistent tonality from any angle. Throw in clear dialogue and crisp treble and the P70’s performance is worth every penny of the asking price.

Any negatives? Well, those hoping for the seismic bass of an external sub might be underwhelmed; others might be put off by the lack of HDMI ports. But these are minor grumbles –  in all other respects the P70 is a terrific one-box proposition.

If you want clear, expansive audio and punchy bass from a single box, then Orbitsound’s superb soundbar could be the one for you.