When there are so many companies making mobile phones you have to ask yourself why any network operator would want to come up with an own-brand mobile. But we’ve seen O2 do this several times before, most recently with its idiosyncratic Cocoon.


Orange has decided to try its hand at the own branded phone lark and has come up with two handsets in quick succession, with the prospect of more to come. They are being named after cities and the two which have been announced so far are Berlin and Tokyo. I’m taking a look at the dual-band Tokyo first and will come to Berlin later.

Tokyo is a tiny mobile phone aimed, I suspect, at those who want to look rather chic but don’t necessarily need a shed-load of impressive features. The phone certainly does the business in the looks department with silver and black the livery of choice and a rather nice brushed metal finish to the battery casing on the back.


At just 68g this phone is going to be hardly noticeable in your pocket, and it is really small in the hand too, at just 92mm tall, 35mm wide and 14mm thick. Holding it in the hand it feels like it ought to be a small slider but it is in fact a standard candy bar handset.


The screen and number pad are a mixed bag. The former is pretty disappointing. It is very, very small measuring about 1.3 inches corner-to-corner, 21mm wide and 26mm tall. It delivers 128 x 160 pixels in this space, and runs to 65 thousand colours. To be fair, the screen couldn’t be much larger and still fit into this tiny mobile, and it is sharp and clear enough to read indoors. However it is difficult to read outside, which is a particular nuisance when using the camera.

I feel happier about the number pad and other front keys, though. The number keys are as large as the front of the phone will allow them to be, are individually shaped and nicely backlit. The Call and End keys and two softmenu keys are relatively large and have very clear markings, which ensure they are well defined.


The navigation pad isn’t the largest in the world but I had no problem using it with the flat of my thumb and its central select key is slightly rounded and raised. All these design features make the keys easy to find and hit. However, I do have quite small hands so if yours are large you may not find it as comfortable to use.

When it comes to features the Tokyo is reasonable but the quality is generally below mid-range. The phone does support mobile e-mail but the screen is really too small to do it justice in any serious way. You can browse WAP sites and I even managed to get onto a couple of Web sites, but the screen size makes the whole exercise a bit pointless – you just can’t see enough information to make browsing worthwhile.


Bluetooth is built in and there is also a calendar, to do list manager, alarm and world clock, calculator, currency converter, unit converter, sound recorder, stopwatch and three games. You can compose your own ring tones too.


The composing software is quite clever. You use the number keys to put notes on a musical stave on the screen. The ‘0′ key puts in a rest, the ‘8′ key puts in a vibration, and the ‘9′ key causes the alert light to illuminate.


You can choose three playback speeds: fast, normal, and slow. You can select a variety of instruments: piano, guitar, violin, saxophone, steel drums, flute, harmonica, trumpet, music box, and xylophone. And no, none of them sound much like the real instrument, but they are all noticeably different from one another.

On the memory front there is a 512MB microSD card supplied with the phone to boost the internal memory and its slot is on the left edge of the casing. You can use cards to store music that the phone will play to you, photos taken with its camera, and other files.


And so I come to the camera. It has a 1.3-megapixel sensor (1,280 x 1,024 pixels), which is below average for any mobile phone these days. There is a self-portrait mirror but no flash and there isn’t much good news to report.


In use, the screen doesn’t quite frame the full photo area, so you can’t see the edges of any shot. You also have to hold the phone still for quite a while to avoid getting blurred or misframed photos due to the shutter delay. 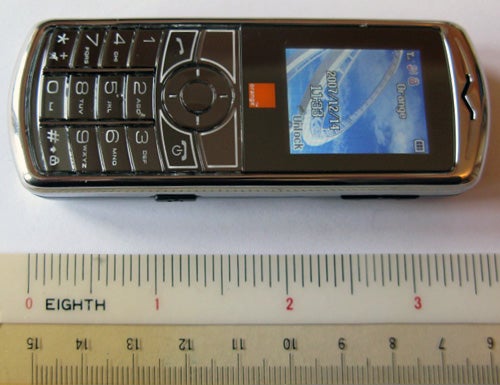 As for image quality, my photo of the coloured dish, taken indoors and under normal household lighting conditions, is grainy, dull and unevenly lit. Outside, the camera never coped well with naturally lit subjects as the daubed yellow flowers show. The definition is poor and exposure very varied.


The bowl of chillies is a better photo, but the background should be black and white and not have those noisy pinks and blues in it, especially since it was shot at a sensitivity of ISO-100. Even the chillies themselves are grainy and lack clarity. Compare this photo with the one I took of the same subject using the 5-megapixel camera on Nokia’s N95 8B.


When the Tokyo came out of its box I really wanted to like it. It is small and neat in the hand, and is nicely designed. But for £160 it just doesn’t deliver what it should. 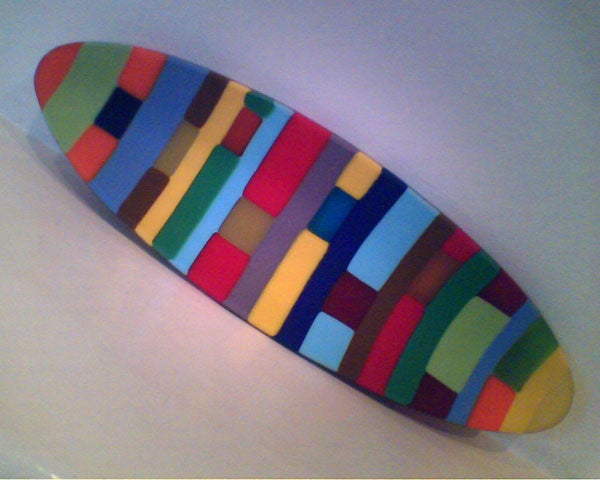 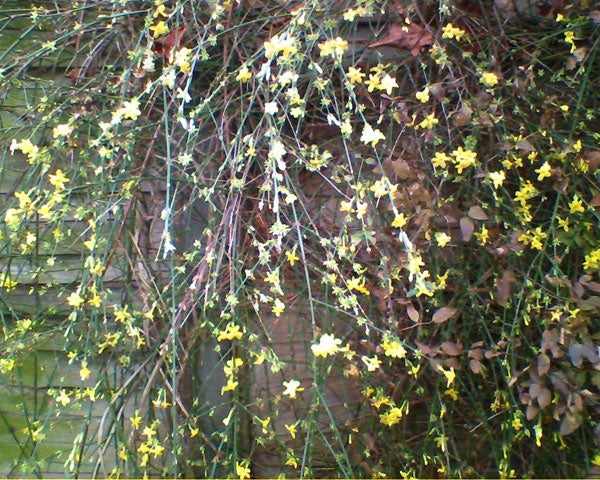 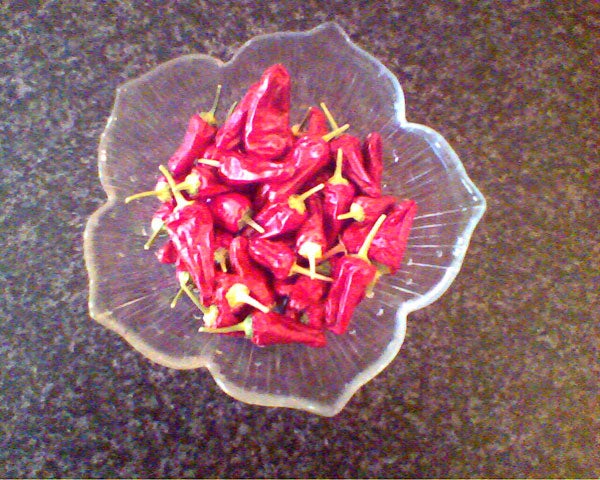