When the iPad was first announced the biggest intake of breath was not at its design, size or features – it was at the price tag. Squeezing the cost of tablets between smartphones and laptops proved a masterstroke and one rivals still struggle to match. Instead of getting into a price war, however, Orange has a different idea…

The ‘Orange Tahiti’ is pitched on contract. Sign a £25pm, two year deal and you will get 2GB of data per month (1GB anytime, 1GB ‘quiet time’ – midnight to 4pm) and unlimited access to BT Openzone. You will also walk out with the Tahiti for an outlay of just £69. Given tablets remain a luxury item and we live in an era of economic uncertainty, the idea of spreading cost is persuasive… if the tablet itself is worth the commitment. 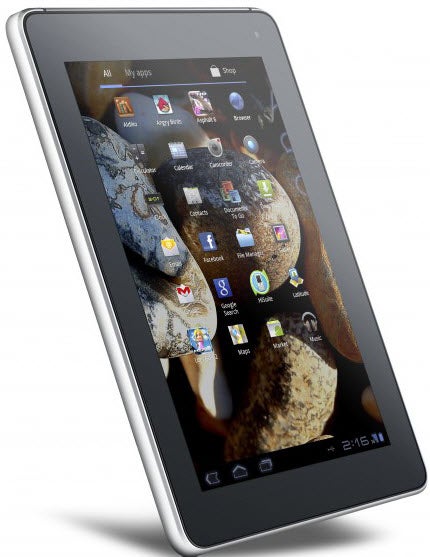 So what do you get? Orange hasn’t become a hardware manufacturer overnight, so the Tahiti is actually a rebranded Huawei MediaPad which we previewed in November. This in itself is no bad thing. Unlike the majority of tablets, the Tahiti sidesteps a 10in screen in favour of a smaller 7 incher. This reduced size may disappoint some, but it makes the Tahiti smaller (190 x 124 x 10.5mm) and lighter (390g) than the competition and with 3G baked in (an optional £100 extra on most models) this added portability is welcome. A further bonus is the high resolution 1,280 x 800 display has a greater pixel density than many of its rivals making text razor sharp and images detailed, while colour reproduction it good to. Overall it may not quite pack the punch of AMOLED, but no owner would fail to be impressed.

Better still the Tahiti defies its dimensions to pack quite a punch. At its heart is a 1.2GHz dual core processor and 1GB of RAM which puts it in line with most premium tablets and makes it highly responsive in all core applications. Storage is reasonable too with 8GB available natively and the potential for another 32GB to be added via the microSD slot. Defacto niceties too like WiFi, GPS, an accelerometer and mini HDMI along with a 5MP camera on the rear and a VGA camera on the front. Picture quality from these cameras isn’t groundbreaking (see the sample image below), but they are certainly as good or better than most other tablets currently on the market. 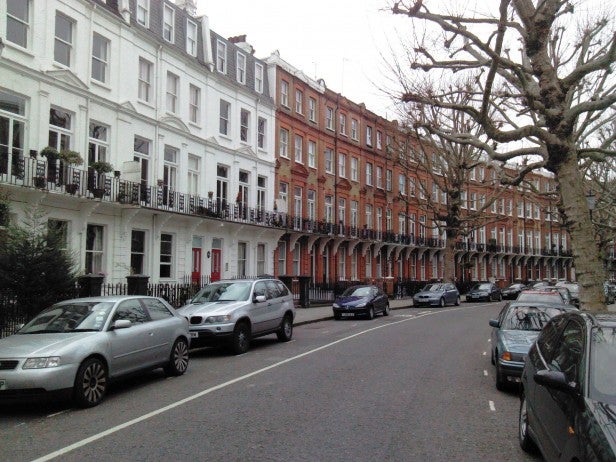 There is a further pleasant surprise. The Tahiti comes with Android 3.2 (rather than the phone-focused Android 2.x which tends to pervade cheaper tablets) and Huawei has promised an upgrade to the impressive Android 4.0 Ice Cream Sandwich in the near future. The final cherry on top is Orange has resisted its usual habit of heavily customising the interface, so you’ll find no tacky orange skins or third party app stores bogging the whole experience down. Admittedly some of the added Orange apps on its smartphones can be quite useful but overall we don’t miss them.

The Tahiti uses the Qualcomm MSM8260 chipset with Adreno 220 GPU – this is the same combination as you’ll see in dual core smartphones like the HTC Sensation and Samsung Galaxy S2. Neither of these handsets could be described as slow and certainly the Tahiti is quick at performing core tasks and snappy navigating menus, but the chipset is nearly a year old and can slow down when it comes to graphics performance on complex or Flash heavy websites. This can be improved by turning Flash off or setting browser plugins to ‘on demand’, but it does still feel slower than both the Sensation and S2 which we suspect is due to driving the screen’s higher pixel count (1,280 x 800 verses 540 x 960 in the Sensation and 800 x 400 in the S2). Overall it fairs less well than tablets like the Samsung Galaxy Tab 10.1 which opted for Nvidia’s Tegra 2 or Asus Eee Pad Transformer Prime which is based around the Tegra 3. 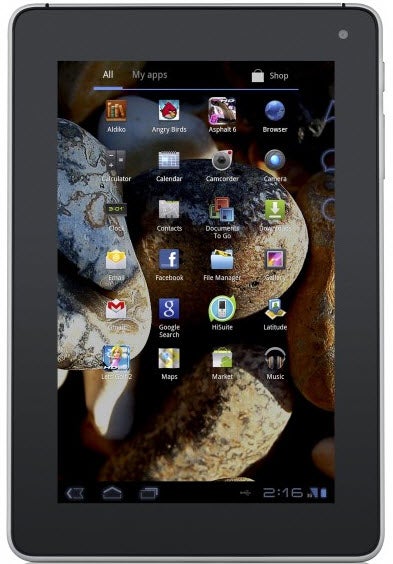 Then there’s the battery life. Orange quotes 200 hours in standby which poses no qualms, but you’ll get under six hours of actual use from the Tahiti before it runs out of juice. In fact use the Tahiti primarily over 3G and that figure drops to under five hours which would be low even for a mobile phone. This is a problem with 7in tablets in general (their smaller form factor means a smaller battery) compared to their 10in coffee-table-dwelling big brothers, but carrying a charger everywhere reduces the point of buying this form factor in the first place.

These caveats are disappointing because away from them the Tahiti is a surprisingly competent device. It may not win any beauty contests, but it is well built and uses premium materials including a metal back which resembles the first generation iPhone. Besides we can forgive a lot when £69 puts a Tahiti in your possession. 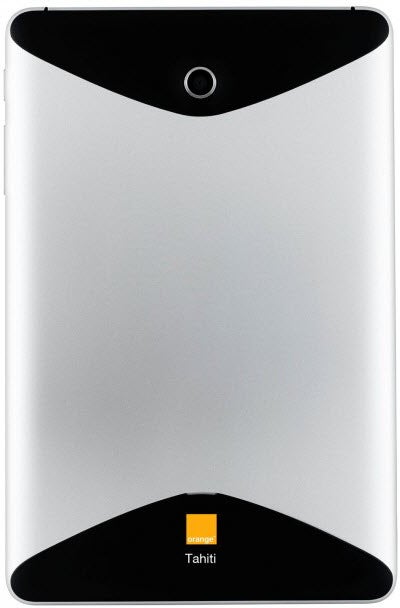 Then again whether the Tahiti is a bargain or not comes down to perspective. For those struggling to afford a tablet Orange has created an easy access point which makes it compelling, yet for those with greater financial reach the Tahiti should be avoided. The total cost of ownership for the Tahiti over two years is £669 (24 months x £25 £69) which is £10 more than a 64GB iPad 2 with 3G. Granted this comparison doesn’t include a data plan (and the iPad 3 is due soon), but a 16GB iPad 2 with 3G is £499. Combine with a monthly rolling contract (Three offers plans with no contract for £7.50pm or £15pm for 1GB or 10GB of data per month respectively) and this makes the Tahiti’s value far more questionable.

”’Verdict”’
The Orange Tahiti is a hard tablet to judge. It is both a surprise and a disappointment, a bargain and overpriced. In its best light the Tahiti offers a cheap entry point for those struggling to justify paying the full cost of a tablet and it is well featured and well built. From a less sunny perspective the Tahiti has a large total cost of ownership over the length of its two year contract and its graphics and battery performance raise question marks. As a result users need to consider their needs and financial means carefully because the Tahiti is both saviour and sentence all rolled up into one.