On paper at least, the Orange Rio II looks like a total bargain. It offers a Blackberry-style experience with a full QWERTY keyboard and landscape touchscreen, along with support for HSDPA and a microSD card slot, all for the paltry sum of just £70. However, the previous Rio model also had impressive specs, but turned out to be a bit of a pig to use, so is this model any better?

First impressions of the Rio II are good. It certainly doesn’t look like a budget handset. There’s a classy chrome band running around the outer edge of the phone that frames the whole front of the handset nicely. Twinned with the glossy black finished used on the centrally-mounted buttons and screen surround, it gives the Rio II quite an upmarket look.

Granted, the battery cover on the rear feels a little bit on the flimsy side, but the handset is light at 106g and reasonably slim too, measuring just 12.5mm deep. The combination of the touchscreen and D-pad control means it’s also possible to use one-handed. 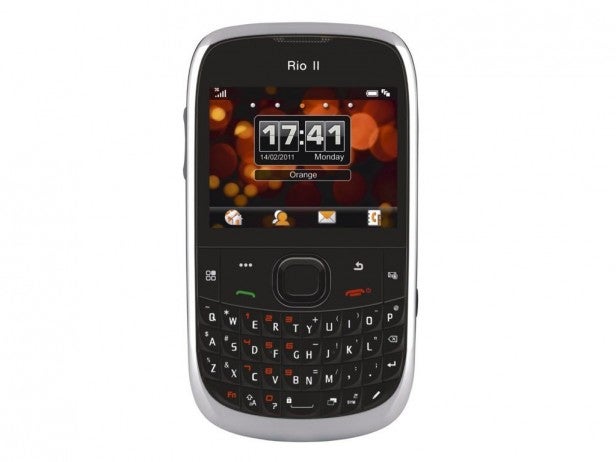 The top of the phone has a standard 3.5mm jack, although Orange doesn’t include a stereo headset in the box, so you’ll have to use your own cans with it. On the right hand edge you’ll find the microUSB port used for both charging and syncing the handset, along with a dedicated camera shutter button. The right-hand side houses just the volume rocker switch.

Beneath the screen there’s a standard D-pad controlled that’s sandwiched between the two call control buttons along with back and option buttons. On the right there’s a dedicated button to launch the email client, while the left hand side is home to the main menu button.

Beneath this you’ll find the keyboard, which is about as similar to the keyboard found on Blackberry’s Bold range as you could legally get away with. Unfortunately this isn’t quite close enough, though, as although the Rio II has similar keys with a rising edge on one side, this rising edge is actually on the wrong side of the keys, making them harder, rather than easier, to hit with your finger tips. The keyboard feels quite cramped and takes a lot of getting used to. On the plus side, the layout is good, as frequently used punctuation marks like the comma and full stop sit on their own dedicated keys. The space bar is also large and easy to hit when you’re tapping away at speed. 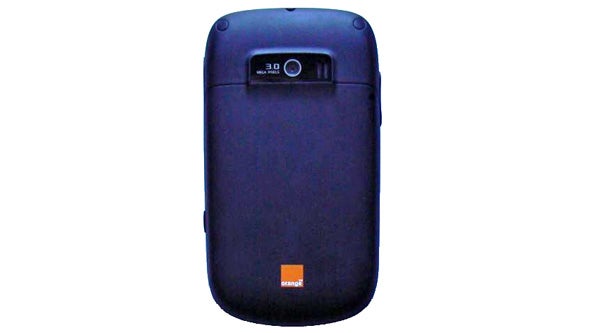 Like most messaging handsets, the Rio II has a landscape screen. This has a resolution of 320×240 pixels, which isn’t exactly high, but still relatively decent for such a cheap handset. The screen is bright too, and viewing angles aren’t bad. A lot of budget displays tend to suffer from poor contrast, which gives photos and videos a murky look, but thankfully that’s not really the case here.

However, where the screen loses points is when it comes to registering touch input. It uses older resistive rather than capacitive technology. Resistive touchscreens just aren’t as good at registering finger presses, and as a result you often find yourself having to press the screen hard, or press it a couple of times to get it to respond to your input. It gets pretty annoying. In fact, we often found it was easier to navigate around the phone using the D-pad rather than the display.

The Orange Rio II runs a custom OS that bears a passing resemblance to Android, but lacks that operating system’s advanced features. There’s a very basic web browser as well as dedicated apps for Facebook and Twitter. Naturally, you can use the handset with a range of different email providers.

You can add some limited widgets to the homescreen, in much the same way as you can on Android devices. However, this is definitely no smartphone as the functionality of the OS is rather basic and there’s no app store. The handset also tends to feel quite sluggish, especially when moving between apps, but also even sometimes when just moving around webpages in the browser. 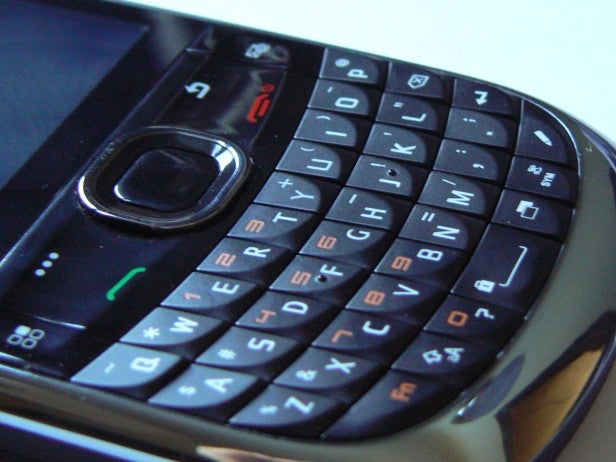 When it comes to multimedia, there is a basic video player that works fine for mobile 3GPP format videos, but little else. There’s also an MP3 player app, although to really make use of it you’ll need to insert a memory card into the MicroSD slot, as there’s only enough internal memory to store a few tracks. The music player is functional, but quite basic. However, sound quality isn’t bad, and another positive the included FM tuner.

The Rio II doesn’t have Wi-Fi onboard, so you’re completely reliant on Orange’s network for data access, which could be tricky if you don’t have great reception in your home or office. It also lacks GPS and its battery life isn’t great. If you do a lot of web browsing or Facebooking you may not make it through a single day without a recharge. 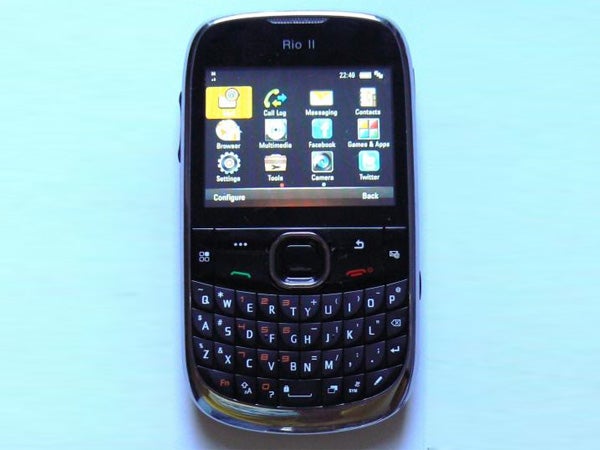 The camera is nothing to write home about. It uses a 3-megapixel sensor, has a fixed focus lens and doesn’t have a flash. It’s hopeless in low light, producing shots that are pretty much just seas of black. However, when there’s enough light in a room, or it’s working outdoors, the results aren’t too bad by budget standards. That said, colours aren’t all that accurate. Purple flowers in one shot looked quite blue, for example.

Verdict
The Rio II looks much more expensive than it really is and has a decent line up of features for the money. However, it’s quite a quirky phone to use as the touchscreen is unresponsive and its user interface lacks the finesse of, say, Samsung’s Genio range. It’s cheap, but we’re not convinced that it represents really good value for money. 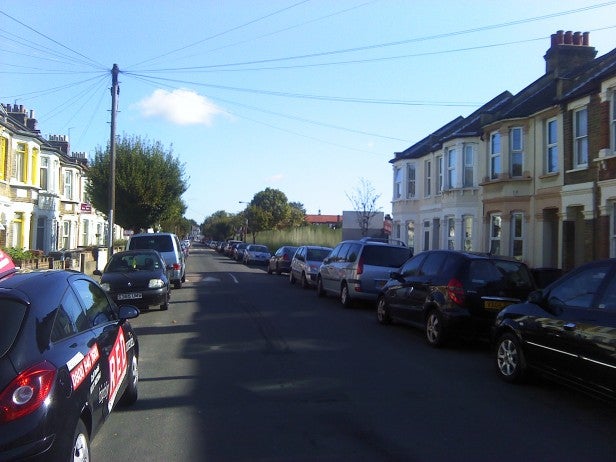 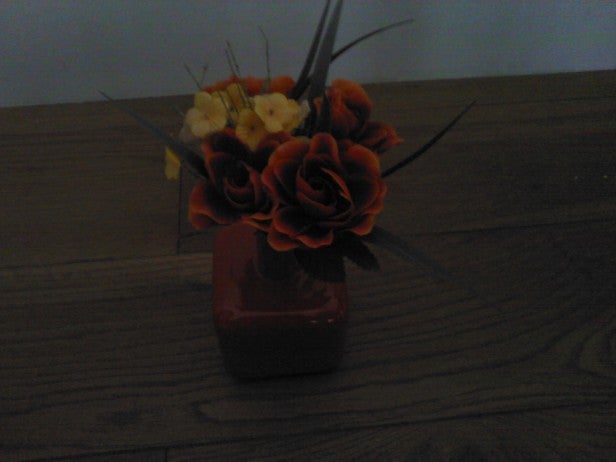 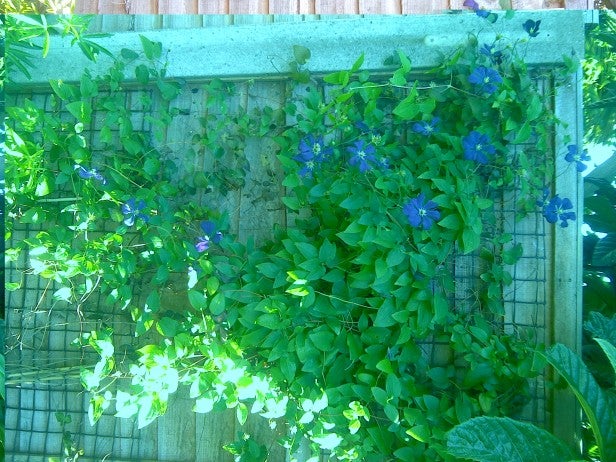