Value is a hotly debated topic in the TrustedReviews offices. A high price can deflate our enthusiasm for an exceptional product while a low price can get us excited about something decided average (look no further than the HP TouchPad firesale). So when a good product comes along at a startlingly low price our interest skyrockets.

The product in question is the Orange Monte Carlo (aka the ZTE Skate), an Android smartphone we first saw in February at Mobile World Congress and was confirmed for an Orange rebrand back in July. The specifications are what we would expect of a high-end Android handset: 4.3in touchscreen, HSDPA, WiFi, GPS and Android 2.3 Gingerbread. Far less expected however is the asking price: just £149.99 on pre-pay. Is it too good to be true? In part, yes. 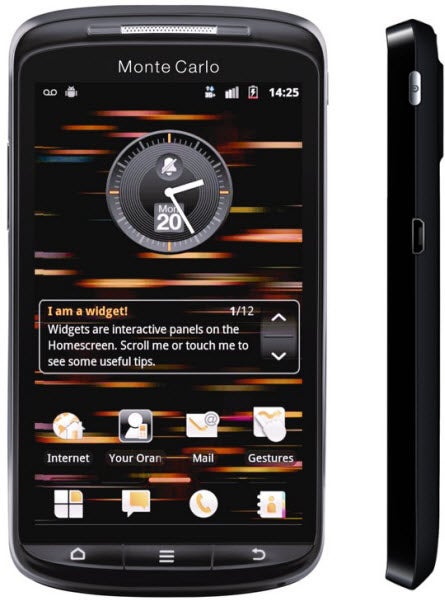 Out of the (admittedly cheap) box, what immediately strikes us about the Monte Carlo is its construction. At 125.9 x 67.8 x 10.4mm it feels large in hand, but tipping the scales at a mere 120g it is remarkably lightweight. The upside is, despite its large footprint, the Monte Carlo isn’t a pocket-ripper. The downside is the weight is a result of the cheap plastics used in construction. This is the first sign of cost cutting with the Monte Carlo and means it doesn’t have the tactility of an HTC Desire S or Samsung Galaxy S2. That said our Monte Carlo sample didn’t creak or bend and its home, menu and back buttons beneath the screen feel durable.

As for the screen itself, this follows a similar pattern of cost cutting but to no great loss. The panel isn’t AMOLED or IPS, but it packs in a respectable 480 x 800 pixels, colours still look bright, text is sharp and the touchscreen is responsive. 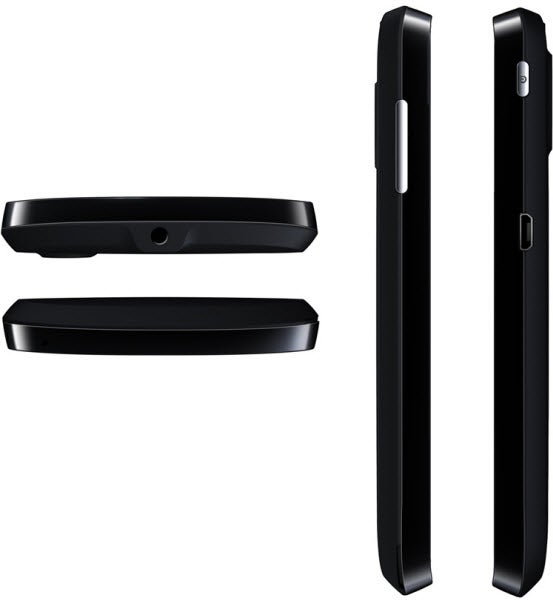 Less responsive is the performance of the Monte Carlo itself. This comes down to a combination of factors. The first is the processor with ZTE having opted for an 800MHZ Qualcomm MSM7227. The company had previously spoken of shipping the handset with a 1GHz clock speed, but rather than megahertz holding it back, it is the fact the MSM7227 is a generation behind the breakthrough Snapdragon chipset – which means it doesn’t perform as an 800MHz-equipped handset should.

Consequently the Monte Carlo homescreen can lag in use and transitional animations are noticeably choppy. Thankfully there is a quick way to fix it: get rid of the custom Orange homescreen. As is sadly typical of Orange the carrier has been unable to keep its fingers away from the handset’s Android operating system. As a result you’ll find an array of completely unnecessary, duplicate apps such as an Orange browser, maps, photo viewer, contacts backup and weather. Least useful of all is the Orange app store, which forces users to access it over 3G and has a poor selection of overpriced apps.

The best way to speed up the Monte Carlo is to root it with a clean install of Android 2.3 (or buy the £229 vanilla ZTE Skate – pictured), but for the less technically minded the easiest solution is to download the LauncherPro app which replaces the Orange homescreen with a cleaner and less resource-intensive alternative. Not rooting the handset also means you get to keep two genuinely useful Orange features: HD Voice compatibility and Kineto Signal Boost.

HD Voice provides vastly improved call quality when speaking to another HD Voice compatible handset, and Kineto automatically uses any available Wi-Fi connection to boost signal strength. While the limited number of handsets means HD Voice calls can be few and far between, Signal Boost is a neat and seamless solution to poor reception, and far neater than the femtocell technology that has so far failed to take off as expected.

Regardless of these changes the Monte Carlo will never be a fast handset. More advanced 3D games mercifully disappear from Android Market automatically so you don’t realise what you’re missing and there’s no Flash support as it would likely see the phone grind to a halt. None of this really matters though, because by rooting it or installing LauncherPro the majority of apps will work smoothly as will handset navigation and that’s the key part.

Interestingly ZTE hasn’t ruled out boosting the Monte Carlo processor to 1GHz at a later date through firmware, but it isn’t an idea we’re completely enthused about for one reason: battery life. Android smartphones have notoriously poor stamina and the Skate with its 1400mAh battery is no exception. This is because while its processor isn’t the fastest it also isn’t as efficient as newer chips, and the large screen, HSDPA, WiFi and GPS remain as unforgiving as usual. As such we struggled to get a full day out of the Monte Carlo – managing around 14 hours when subjected to light use and under eight hours when used more intensively. It is a handset that you will want to keep near a charger. Happily ZTE has stuck with the increasingly universal micro USB so tracking one down at any moment shouldn’t prove difficult.

There are other nasty surprises too. The Monte Carlo is equipped with just 162MB of accessible internal memory. This is easily boosted via the microSD card slot and 8GB, 16GB and 32GB cards can be had for little more than £5, £15 and £35 respectively. Android also now allows apps to be moved to memory cards, but they must be installed on handset memory first which will be a deal-breaker for bigger apps. In addition the 5MP camera is poor (see samples on the next page) as is the video camera. 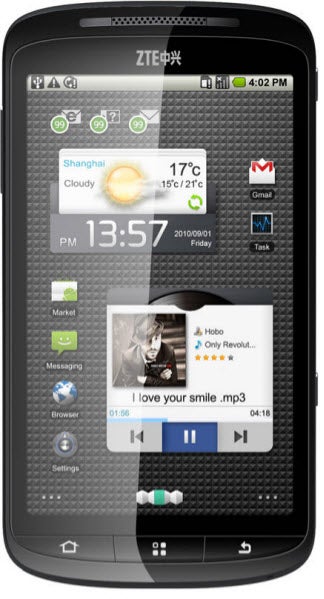 Yet to criticise the Monte Carlo for these shortcomings is to miss the point. At £149.99 the handset is up against the likes of the Samsung Galaxy Fit (£175), HTC Smart (£178.59) and Symbian-powered Nokia 500 – phones the Monte Carlo tramples all over. It makes similarly short work of the £229 HTC Wildfire and 600MHz, 3.4in, 320 x 480 pixel £319 HTC Salsa. In fact the only handset that could prove a rival is the Orange San Francisco (aka ZTE Blade) which provides a 3.5in AMOLED display, HSDPA, WiFi and Android 2.1 for just £99 on pre-pay. And when the only competition is yourself, you’re doing an exceptional job.

Aggressive is the reason ZTE has been experiencing phenomenal growth, and the Orange Monte Carlo offers bang for your buck that is unmatched elsewhere. For £149.99 the spec list is simply stunning, and the complaints of patchy performance, limited memory and an iffy camera are only relative to handsets costing 3x as much. Back in July we wrote: Who Is ZTE & Why Are Rivals Running Scared?. That statement is even more valid now. 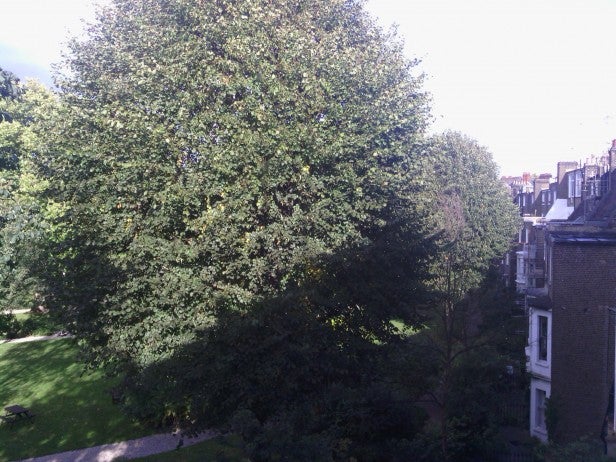 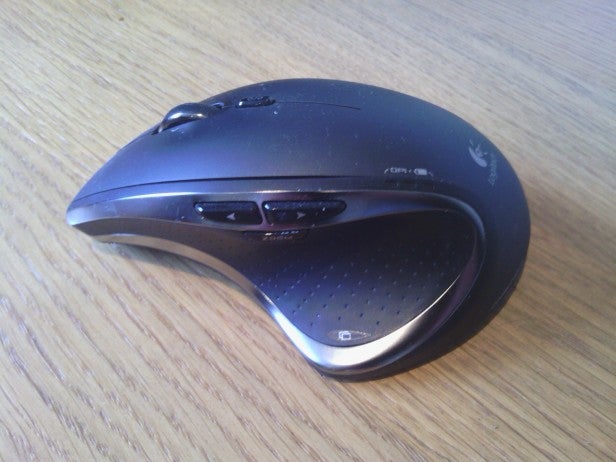