The Orange Miami is a basic touchscreen phone that’s available on Orange for just thirty quid, but you also have to pay for a minimum Pay As You Go top-up of £10 when you purchase the handset. Although the phone is Orange-branded, it’s really a rebadged version of the ZTE G-N281, so it may also be available on other networks in countries other than the UK. 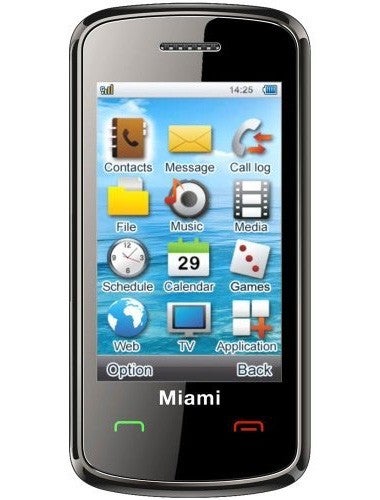 The Miami is available in either pink or black and the design looks quite swish for a budget model. The battery cover is tastefully rounded and this, combined with the handset’s smaller size and lightness, make it comfortable to hold. We also like the chrome effect used on the band that runs around the front edge of the phone as well as the hardware buttons for power, volume control and camera. Complementing these physical buttons are two touch buttons at the bottom of the screen for call control functions, with the hang-up button also doubling up as a back key when you’re navigating around the phone’s software.


Unfortunately, there’s no dedicated headphone jack – instead the supplied headphones connect to the micro-USB port on the bottom of the phone. However, at least Orange has included a short adaptor cable in the box that you can use to connect your own headphones to the phone – although you’d be forgoing the hands-free mic that’s built into the Miami’s own headphones. 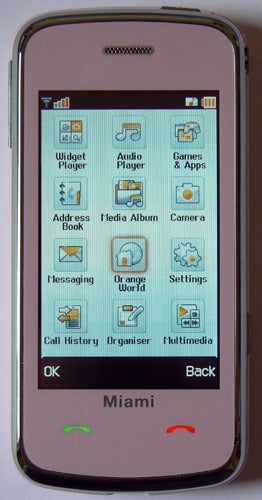 The phone’s software is mainly driven via the small 2.75in touchscreen. But unlike most of today’s smartphones, the Miami uses an older style resistive rather than capacitive display. Capacitive displays are generally much more sensitive to touch input than resistive displays and that’s certainly the case here. In fact, it turns out the screen is one of the phone’s biggest weaknesses because it reacts to finger presses inconsistently. Sometimes it feels quite responsive, but other times you have to press the screen a number of times to get it to respond.


The handset’s user interface is similar to that found on Samsung’s older mid-range touchscreen mobile such as the Tocco Lite. There’s a single home screen that has a column of quick launch icons down the left-hand side to provide speedy access to features like the phone book, text messaging, camera and web. Tapping these opens a small submenu that gives you more options. For example, when you tap the phone icon, you’re given the option to view the call history, missed calls, received calls or recently dialled calls. It’s a quick and effective way to jump to the types of features that you’re likely to use on a day-to-day basis. 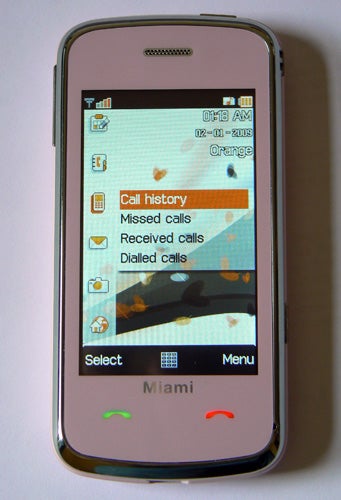 Alternatively, you can hit the soft menu button at the bottom of the screen to enter the phone’s main menu. Here you’ll find some extras such as the Widget player, which is really a very simple RSS news reader, alongside an FM radio, image and video viewers, FM radio, and some simple games.


Overall, the Miami’s software feels a little rough around the edges and some of the menus are difficult to get your head around at first. For example, we had to question why there are three different ways to access the music player, when they all take you to the same app.

There’s only around 19MB of free space on the phone’s internal memory, so if you want to make use of the music player then you’ll really need to add a microSD card into the slot that’s found beneath the battery cover. However, the music player is very basic as it’s really just a file browser and lacks niceties such as the ability to show album art.


Predictably the supplied headphone’s aren’t great as they have poor bass response, but if you swap them for you own cans you’ll find that the Miami outputs good quality audio. 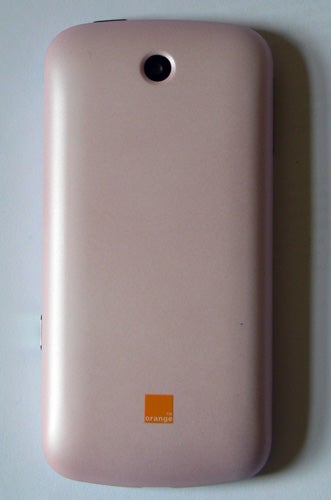 Although there is a web browser onboard, we wouldn’t recommend this handset for web use. That’s not just because the web browser is rudimentary and slow to render pages, but also because the phone lacks support for 3G and Wi-Fi so even simple web pages take an age to load.


The cameras on most budget handsets are ropey and unfortunately, the one on the Miami is no different. It’s a very basic 2-megapixel shooter that lacks a flash or autofocus, but at least the camera app offers a few extra features including a night mode, white balance presets (tungsten, daylight fluorescent etc), continuous shot and a delay timer. However, none of these extras can get away from the fact that the results are poor, even by budget cameraphone standards. Images tend to look quite smudgy, especially at the edges of the frame, and highlights often look very burnt out. Furthermore, the shutter is slow to respond and you have to hold the phone very steady if you don’t want the result to be a blurry mess. 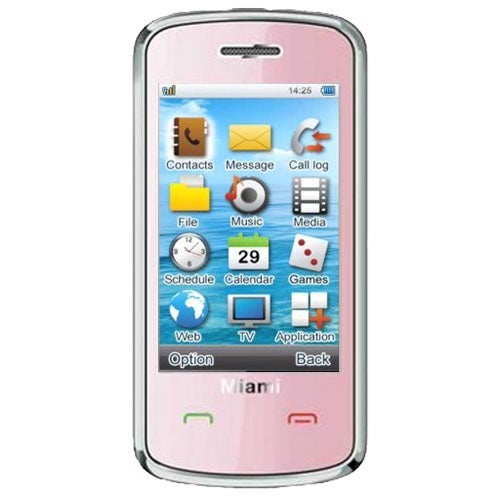 As for call quality, it’s rather good, being both clear and accurate, but the battery life is disappointing. It’s only rated for three hours of talk-time, so if you’re the type that likes to have a long natter with your mates then it’s not the phone for you.


At £40 including the £10 top-up charge, the Orange Miami is very cheap for a touchscreen phone. However, even at this low price we find it difficult to recommend, chiefly because the touchscreen just isn’t responsive enough to provide a satisfying user experience. Factor in the phone’s rough and ready interface and second-rate camera, and we’d recommend turning to something like Samsung’s Toco Lite – it costs about £20 more, but is much more user-friendly. 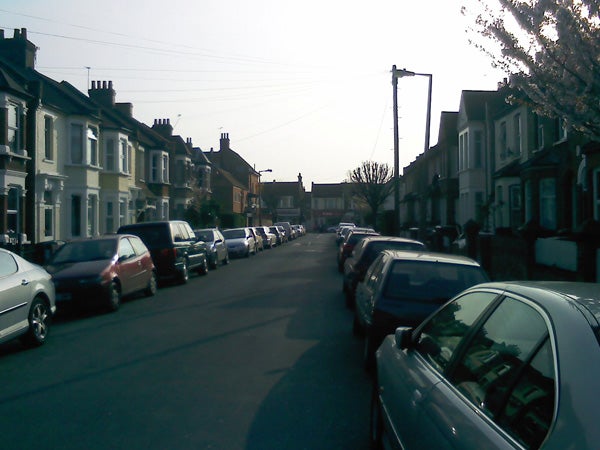 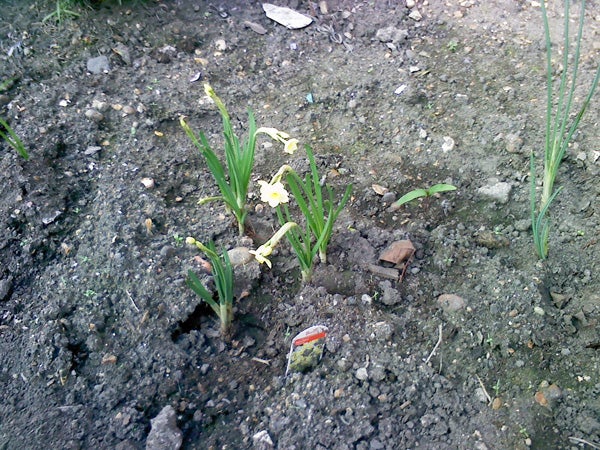 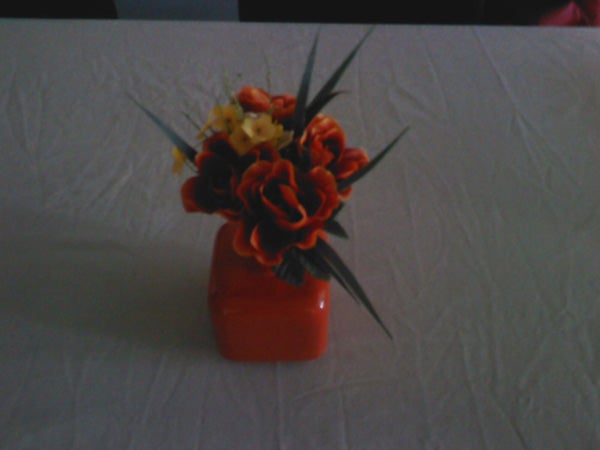